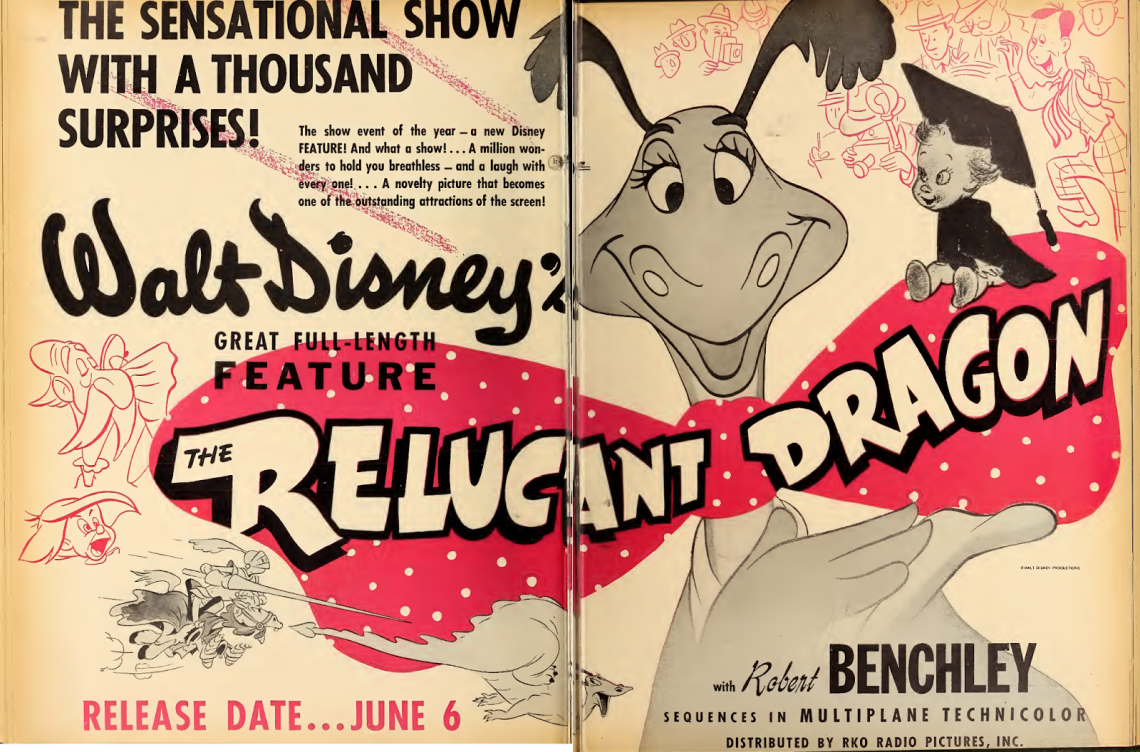 With but one shopping day until Christmas, it’s time for Josh and Gabe to open up their own gifts on this new episode of Mousterpiece Cinema, as they travel back in time to the era when the Walt Disney Company was merely the Walt Disney Studios, back when live-action and animation didn’t co-exist nearly as freely as they do today. On this new episode of the show, Josh and Gabe are joined by Noel Murray of The Dissolve to talk about The Reluctant Dragon, the 1941 hybrid of live-action and animation, of fiction and documentary, wherein Robert Benchley walks around the Disney studios to see how the animation process is completed, from sound effects to storyboards all the way to the finished product. Is this more than just a quaint relic? Is it a compelling look into the past? Is Robert Benchley annoying or hilarious? Or both? You can only find out by listening to the new show! (A warning/apology: due to issues on Josh’s side of the recording, there is an echo that persists throughout the episode. It will sound like Josh is cutting in on either Noel or Gabe at various points, but he wasn’t. Just a nasty echo/delay issue. Again, apologies!)