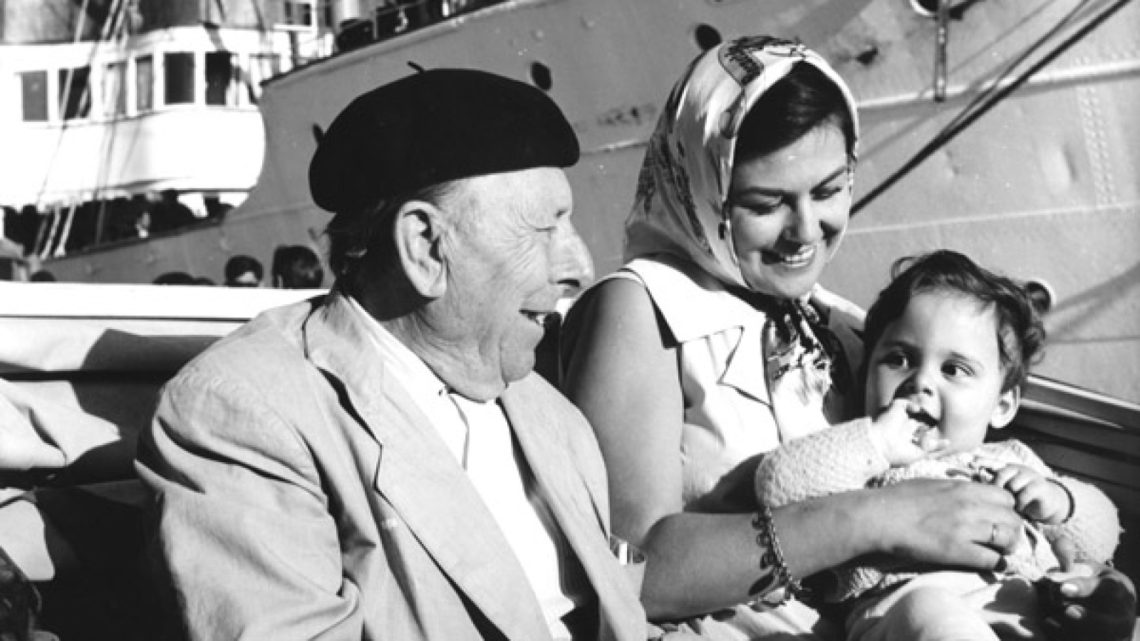 The War Between Cinema and Censorship

In Israeli filmmaker Nadav Lapid’s recent medium-length film, From the Diary of a Wedding Photographer, there’s a line comparing weddings and funerals: “In one, you bury the dead; in the other, you bury the dead.” That blurred line between marriage and death lies at the heart of Spanish filmmaker Luis García Berlanga’s 1963 social satire The Executioner, a sorely underseen film that was released on home video in a brand-new Criterion Collection edition on Tuesday. Nino Manfredi is José Luis Rodríguez, a soft-spoken and neurotic undertaker who gets pulled into escalating chapters of anxiety. His demure cowardice and complacency lead him to accept being manipulated into living a life he doesn’t want and cannot escape. Through lies and persuasion, he finds his comfortable life among the dead usurped for a life among the living as he marries into the family of an executioner and is expected to follow in those footsteps. Far from a thesis on the evils of monogamy, the film uses marriage as a means of toppling larger institutional forces, thus evading state censorship under Francisco Franco’s dictatorship.

While censorship rules by the time The Executioner was made were lessening within the country, they were nevertheless still in full effect. Just two years before, Luis Buñuel’s Viridiana was banned due to calls of blasphemy. Nudity, eroticism, and moral behavior were among the topics off limits within the Franco regime, though they were not enforced logically or consistently. Young filmmakers during the 1960s, in particular, were given more leeway about mild political commentary as long as they were Spanish and fictionalized. Even though Berlanga managed to get away with a lot within such structures, he nevertheless faced criticism for his work and was eventually deemed unpatriotic by the government. After the release of The Executioner, he was only able to make three more Spanish films over the next 12 years of Franco’s rule. Unlike some of his contemporaries, who were outright banned or exiled from making films, Berlanga was able to continue, though on a much tighter government leash.

Even now, one can see why The Executioner ruffled Spanish censors’ feathers. From the film’s earliest chapters, marriage is presented as an absurd prison sentence. Carmen (Emma Penella), the object of José’s affection, may be lusty and vibrant, but that doesn’t mean he wants to marry her. Though she wants to be married, most men lose interest in being with her once they find out her father, Amadeo (José Isbert), is an executioner. José has no such qualms, but has no desire to get hitched anytime soon. With the pressure of marriage hanging over her head, Carmen leaps at the opportunity to trick José into getting hitched. As she sets up a post-coital confrontation between him and her father, she knows the shy José will be so embarrassed that he will do anything to alleviate the tension. Unfocused and frazzled, she convinces him to lie to her father and say they will be married. He takes the bait and the next time we see them, they’re wed and expecting a baby.

Surrounding this deception are scenes of institutional surrealism. Traveling with a corpse for a burial, José encounters a weeping bride who insists that’s not her husband. The catch? She had never actually met her husband as she had married the man by proxy and only had a treasured photo to hold onto. Other marriages disintegrate into absurd arguments, scatological inferences, and strained tension. It’s not that love doesn’t exist; it just has no place in a world of invisible barriers and self-imposed prisons.

From marriage comes children and new families. José fears nothing more than to follow in his father-in-law’s footsteps, but of course, that’s the path he finds himself on. Children are scrutinized in the film as their infancy is treated as a temporary condition from perverted adulthood. The only thing more horrific (and hysterical) than the crimes and habits of the previous generation is the idea that the future is doomed from the outset thanks to their sins. Hysteria meets the mundane in the treatment of abnormality and fear, as capital punishment and death are handled with the dull drawl of filing taxes. José is presented consistently as an outlier for not wanting a good job just because it involves executing members of a corrupt state, at least within the particular boundaries of this morally flexible family unit.

The Executioner digs deep into the human capacity for accepting violence and oppression as ordinary. Focusing not on the orchestrators of violence or the victims of it, the film showcases how malleable the mind and spirit of a passive bystander is under a dictatorship. As marriage and funerals stand in for Franco’s dictatorial regime, the fragility of these institutions reflect on the weakness of any system. As a cry against capital punishment, the film justifiably points to the untrustworthiness of any state in determining the value of one life or another. Whether or not you may believe in your government, democratically elected or otherwise, the fragility of your own moral code does not give you authority over the death of another. One ought not to expect anything less from one’s government.