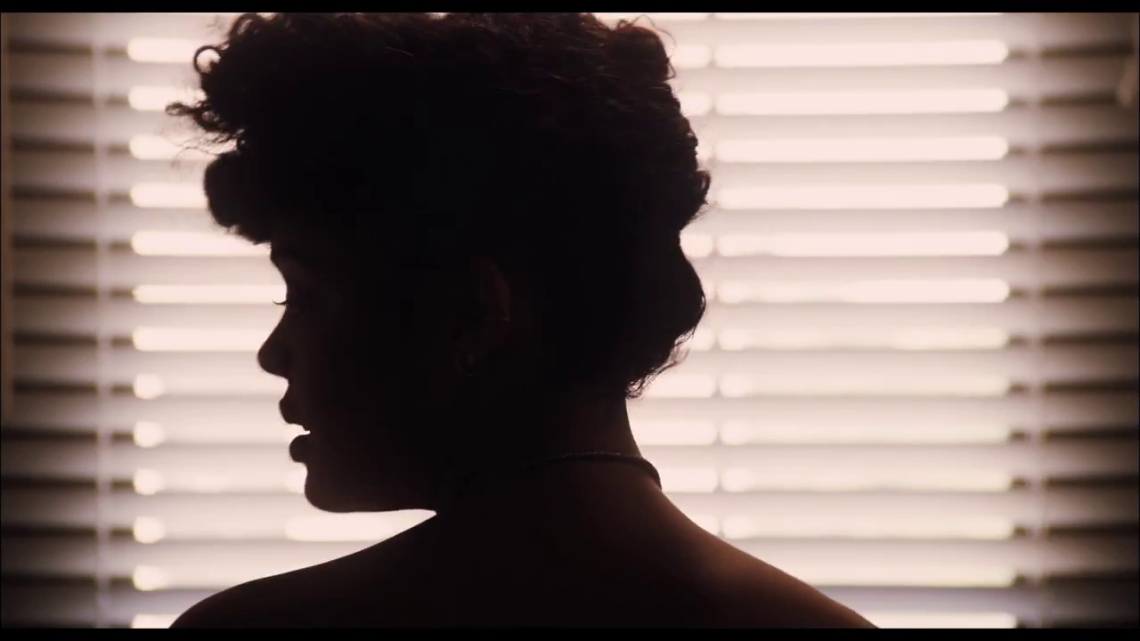 Like so many others before me, I fell into the trap: After sitting down with Dear White People director Justin Simien, the first thing I brought up was Spike Lee. And while my comment didn’t directly concern the fact that both Simien and Lee are black American filmmakers (I inquired about Simien’s use of shots where characters speak directly into the camera, recalling moments in School Daze, Do the Right Thing, He Got Game and other Lee pictures,) the racially-loaded faux pas was made all the same. With respect and patience, Simien rebuked me. “That’s actually more of a reference to Metropolis.”

“Metropolis tended to come up with Sam [a character in Dear White People], because I saw Sam as being similar to the Maria character in that film,” Simien explained. “When they’re railing against the box office … Those are very specific Metropolis references.”

Apparently, it demands stating: Never judge a film’s references by the color of the skin of the guy who made it. (The contrast between the films that a black artist is “expected” to like and those he enjoys in reality is in the text itself – a lead character declines an invitation to the black student union on the basis that he prefers Robert Altman to more ‘radical’ filmmakers.) While directing Dear White People, Simien kept images from other movies he admired saved on his phone, and would refer to them constantly while composing his shots. Those images came from “everywhere,” Simien explains; he “quoted” from Bergman as often as he did from “black films.”

“In the same way that the black characters in my film are not how you’d expect black people to be, because they’re not often portrayed this way in movies,” Simien said, “so too I didn’t want the movie itself to feel [black] in the way that you’d expect.”  Over the course of our discussion, Simien waxed enthusiastically about films by Sidney Lumet, Woody Allen, Wes Anderson and numerous others.

Justin Simien: Barry Lyndon and Dear White People actually have a very special relationship. We use some music [Schubert’s Piano Trio] that’s also used in Barry Lyndon. Also, each of the characters triggered off very specific movie references.  And with Troy’s character, I found myself constantly referencing Barry Lyndon. There’s an exact shot quotation from Lyndon, when we meet the Pastiche gang, and they’re musing over what their party should be… We were imitating this scene from Barry Lyndon where Barry is drunk and slumped over in his chair. 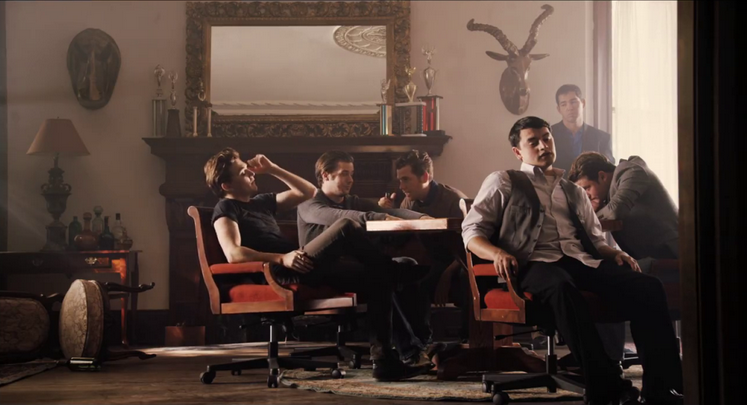 JS: It wasn’t until I discovered Kubrick that it dawned on me [what you can do] in a film. I remember watching Eyes Wide Shut as a 17-year-old, and just thinking, What is this? It’s so slow. Why are we staying in one shot all this time? Why are all these Christmas lights here? By the end of [the film], I was on the edge of my seat, my brain was full of ideas, and while I was far too young to understand the complexities of the institution of marriage, [laughs,] I was still completely blown away by that film. And more so, [I was] blown away by the fact that you could do that in a film, that you could tell a story in an unconventional way to make a point.

Movie Mezzanine: How deeply ingrained are references to movies like that in your visual conception of Dear White People? Are you using storyboards to help capture these references?

JS: I couldn’t hire a storyboard artist, and I’m a terrible drawer, so we would pull [images of films we used as] references. We also had stuff from The Shining. So it would be a combination of other shots from other films. I know of directors who make their films entirely out of spliced-together scenes taken from other movies. We’re in a postmodern era. Everything is referential. So for me, it was like, let’s elevate our references.

Wes Anderson, Amelie, and the cinema of well-composed whimsy

JS: I totally get the Wes Anderson references [that people have made in relation to Dear White People.] I welcome it. I told my production design team that this was an interracial love child Do the Right Thing and The Royal Tenenbaums had. But the Wes Anderson thing is just an easy way to say “an intentionally framed shot.”

MM: Right. The similarities probably come more from the fact that you and Anderson are quoting from the same influences.

JS: I was even watching Amelie the other night, thinking, I forgot, this was a moment. Everyone was doing this for at least a year in the ‘90s.

JS: The thing where every frame is very, very specific, and things live in their own retro-faux aesthetic world. 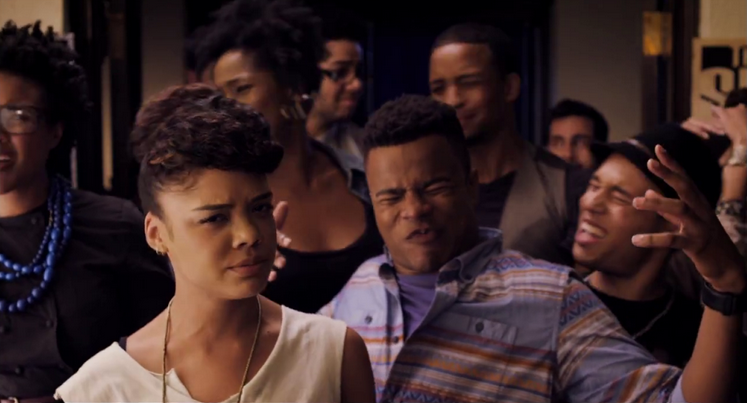 JS: Network is one of my favorite films of all time. I drew a lot of influence from it, and asked the cast to watch it, because a Paddy Chayefsky movie is written. It is written. And you know it’s a satire only because of the way the [actors] are speaking to each other. You have people like Faye Dunaway who are able to vomit this Shakespearean dialogue with a slice-of-life realness. That was something that I really wanted to shoot for with this film.

MM: You found a comparable tone.

JS: That’s true—or I tried to. When you know you’re dealing with ideas—yes, these are characters, and yes, they have motivations, and yes, they’re complicated—but when you understand that you’re watching a movie of ideas, then [as a viewer] you watch it differently. And the dialogue is one of the key indicators of that. I’m not saying that’s my thing, per se, but in this film, it made a lot of sense.

MM: My favorite scene in Dear White People is the first rapid-fire dialectic argument between Sam and her boyfriend.

JS: That’s my favorite scene, too.

JS: I do! But that scene [comes from] two other scenes, in my head. First, [it’s like] a scene in Manhattan. Because there are many walking-and-talking scenes in Manhattan.

But it’s also a scene from Barry Lyndon. This reference is very obscured in my film, for a variety of reasons, but I [was thinking of] the scene where the narrator is describing Barry’s first taking notice of Lady Lyndon…

MM: In the garden! Right, in your movie it’s also a panning long shot, like when [Barry’s] first looking over at Marisa Berenson’s character.

JS: Yeah, you track them through the lawn. So [the influence] was that scene in Barry Lyndon, and the myriad walking-and-talking scenes in Manhattan.

Because you don’t see scenes like that in black movies. You get mainstream-marketed comedies and, thanks to things like No Good Deed and Obsessed, you get thrillers. And you get the slavery biopics and civil rights movies… But ultimately, we don’t get the stuff that’s “in the middle.” You don’t see long walking-talking sequences.