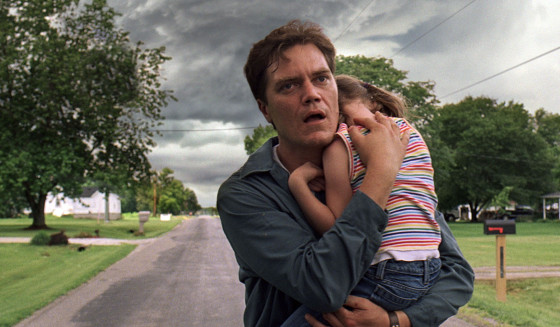 “This started a long time ago,” Son (Michael Shannon) says in Jeff Nichols’ Shotgun Stories, evoking one of the many thematic through-lines in the director’s first two films. Shotgun Stories and Take Shelter are all built upon things that started a long time ago. In the films, the past isn’t escaped but inescapable because it’s embedded everywhere—the characters, the environment, and the stories themselves. To Jeff Nichols, history is not a bygone force, but a perpetually renewing one that haunts, informs, and propels these places and characters in small to big ways.

On the smaller scale, in Shotgun Stories and Take Shelter there are what we might call the peripheral histories that quietly and more indirectly inform Nichols’ films. There’s the textual history represented by how these characters are unknowingly caught up in stories—Greek tragedy in Shotgun Stories’ case, Biblical Noah story in Take Shelter’s—that have played out for centuries. There’s the economic and class history that’s acknowledged through talk of debt, and differences in the quality of possessions.

There’s also—more notably—the geographical history that surrounded the filmmaker’s characters. The director’s America is less a physical landscape than it is an inhabitable historical one where the country’s past is quietly written into the fields, buildings and cracked concrete of the South. Shots of cotton fields, overgrown abandoned farms, empty towns, quarries, and ageless riverbeds all evoke scars of the history of American progress. But they never do so dramatically or obviously. Nichols only alludes to these scars as matter-of-factly as the opening of Shotgun Stories conveys Son’s because in the same way the characters don’t do anything but accept this as their home, so too does Nichols. These aren’t worlds of transitional or bygone histories, but places subtly haunted by histories—ones that may not be acknowledged or thought upon, but always lingering and informing the present. 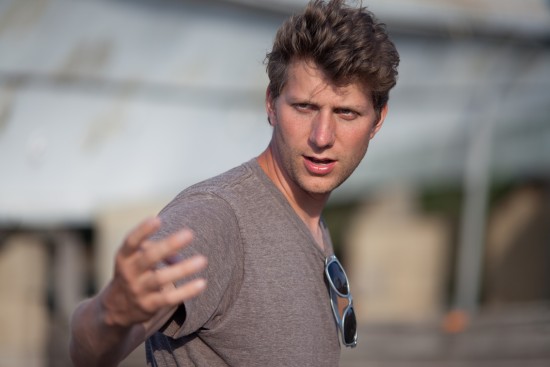 Beyond the peripheral histories are the more personal histories the characters inherit and are centrally defined by. In Shotgun Stories, Son, Boy and Kid aren’t autonomous individuals so much as constructs of the personal story of their parents – their mother’s festering hatred for the husband who left her, and the father who gave them reasons to forge their own histories of hate. They’ve also inherited their Dad’s history of violence, their impulsively released tempers a result of their inheritance and exposure to their father’s disposition. In Take Shelter, Curtis is defined by the personal history of mental illness he has inherited from his mother. His mother’s disappearance from his life at a young age has informed the kind of husband and father he is, something that becomes sadly subverted when his mother’s other legacy—a history of schizophrenia—begins to potentially manifest itself through Curtis’ visions. For all these men, their personal histories are the direct source of who they are as people and how they behave.

Nichols doesn’t build these layers of inherited histories to illustrate how people can be defined by the past. He fixates on how history can be an unstoppable force. History, we’re told, is doomed to repeat itself, but in Nichols’ worlds it traps its characters in perpetuating cycles – whether it be cycles of violence, patriarchy, definitions of masculinity or mental health—that ensure they do repeat it. In these films the present is not just a construction of the pas—it’s a slave to it.

On a visual level we see this in Nichols’ tendency to leverage the landscape around his character to isolate and trap them. Horizons in Shotgun Stories and Take Shelter become fenced borders made of tree or power lines, railroad tracks or train, rivers or buildings. While these sealed worlds do invoke a sense of small town insularity, it more on point creates an environment that characters can’t leave in the same way they can’t leave the historical forces that propel their behaviors.

In Nichols’ films history doesn’t just define who these people are; it fuels everything they are and do. It’s why Son, his brothers, and Curtis find their actions are driven along unconsciously without them knowing why or how to stop. It’s why when Son’s wife asks “Why is this happening?” or Curtis’ wife demands “Tell me something that helps me understand why you’re being like this” no answer is ever given. Both men are trapped in cycles of behaviors they can’t explain or control – despite being aware of them. Son frequently demands Kid not resort to violence, yet Son is always prone to initiating threats and violence. He also frequently acknowledges the unexpected inevitability of his actions. After his funeral speech he tells his brother “If I’d have known [I’d do that] I woulda told ya,” and announces his plans for retribution later by saying “I gotta get it done. I don’t like it either.” Curtis also finds himself compelled to do things he can’t control. Despite active attempts to get help, something in him nonetheless compels him to make bad decisions. He succumbs to the inherited force within him – one that endangers his profession, his relationship with his wife, and the well-being of his daughter.

In Curtis’ story the storm shelter is a place he is slowly (and unwillingly) drawn to before he becomes so consumed by it he struggles to let go of it. It proves a potent metaphor for the cycles of behavior in both Shotgun Stories and Take Shelter is Curtis’ storm shelter: a buried place of personal darkness that the characters are slowly (and unwillingly) drawn into before it consumes them as well as their actions, and they have to find their way out. A way out of the cycle of these characters’ personal history must be found, because if the cycle is never broken there is no hope for a better future. Shotgun Stories alludes to this by giving us glimpses of the next generation (Son’s child bears witness to a fight, Cleveland’s sons bear witnesses to their father’s near murder) this feud will be passed down to, thereby renewing the cycle. For Curtis, there’s the fear of being an absent parent to his daughter in the same way his mother’s schizophrenia took her away from him.

For most of the length of these films those futures seem inevitable realities. When Son rejects Cleaman Hayes’ attempt to make peace, Cleaman responds with a resigned “So that’s it.” That matter of fact acceptance represents—for a good while—Shotgun Stories and Take Shelter’s attitudes towards the repetition of history and its inescapable playing out. But that’s not where Nichols wants to leave it. As much as the first three-fourths of the films are the tragic playing out of these histories, his films are not without hope. Nichols believes the unstoppable cyclical force of history can be halted to create a new future. Change can be instigated by the force of a decision.

There’s a moment in Shotgun Stories where Kid doubts his future with his girlfriend, worried that who he inherently is would make a lifetime together hard (or, as he says, “this shit’s hard”). Son tells him that “you gotta decide … everything else will take care of itself. Everything’ll be all right.” Nichols’ philosophy and solution is embedded in that moment. He crystallizes it more effectively in Take Shelter when Curtis is afraid of opening the shelter door after the storm because, he asks, “What if it’s not over?” He means the tornado that just passed, but it more deeply represents his fears of the unstoppable force within him. Which is when his wife, Sam, insists that opening the door must be his decision. It must be an act he instigates because otherwise “nothing will change.” She tells him “This is something you have to do.” And he does. And just like when Boy faces down three guns to insist to the man he almost killed that “I’m done with this. I want it to stop… I’m done fighting” it all stops. The family unity displayed with the children in both films’ endings invariably alludes to Nichols sense of hope and belief that however unstoppable the past and force of history can be, it can be halted.

Jeff Nichols’ fixation on history repeating itself does beg the question of why he’s so interested in the cyclical nature of the past and negative behavior, as well as the possibility of stopping it. It may just be attributable to an interest in themes about the universal inevitability of human behavior that have been worked into art since the Bible, the Greeks or Shakespeare. It’s hard not to return to where Nichols sets his story and not consider his background as a Southern man. After all, the South – perhaps more than any part of America – has a problematic past to contend with. It remains as haunted by history as these characters are, and still finds itself inhabited by some people who perpetuate cycles of problematic behavior that extend deep into American history. There’s an indisputable universality to what Jeff Nichols explores in Shotgun Stories and Take Shelter, but it may just be that what propels his own recurring thematic behavior and fixation is less about the histories of his character than it is perhaps about his own.