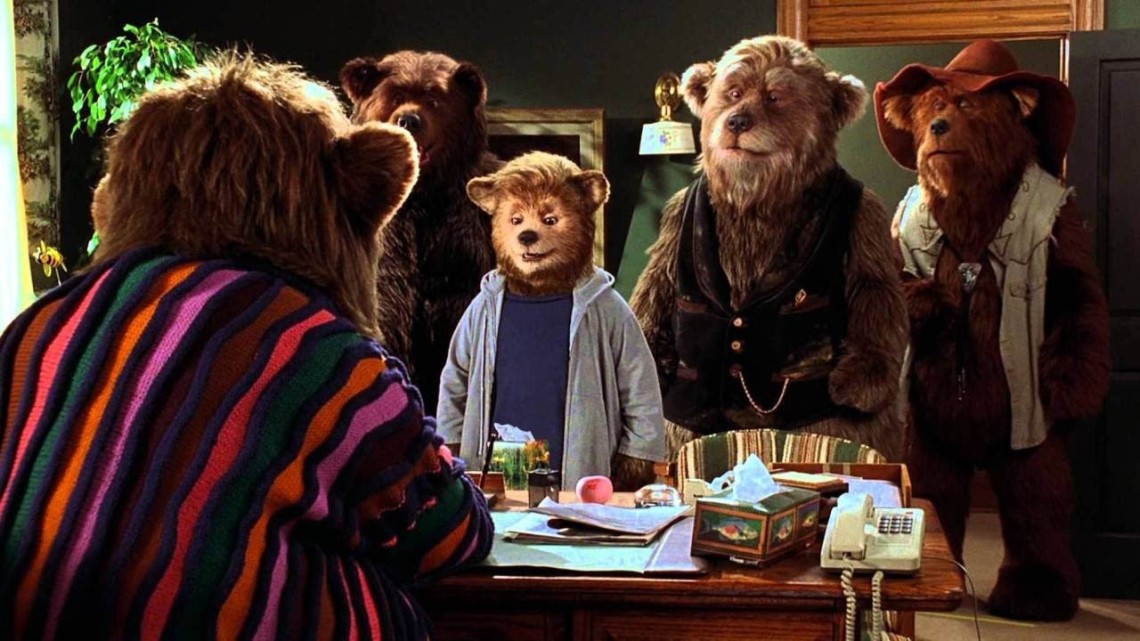 It’s bear-ly spring, friends, but for some of us, the weather has become truly unbearable! Oh, come on, you’re not really that surprised that it took bear-ly two words for some choice bear puns in this podcast description, are you? And why would you be, with our film of the week, The Country Bears from 2002? Yes, Mousterpiece Cinema has gone for the easy pun this week, as Josh and Gabe are joined by return guest Mark Pfeiffer to talk about all things Country Bears, from the famous Jamboree at Walt Disney World to Don Henley. (Yes, that Don Henley.) Does Mark still appreciate this oddball film as much as he did originally? Was Josh able to resist bear puns, or did he stand above his co-host? And what opinion of Josh’s is likely to infuriate a subset of fans? Listen to find out!