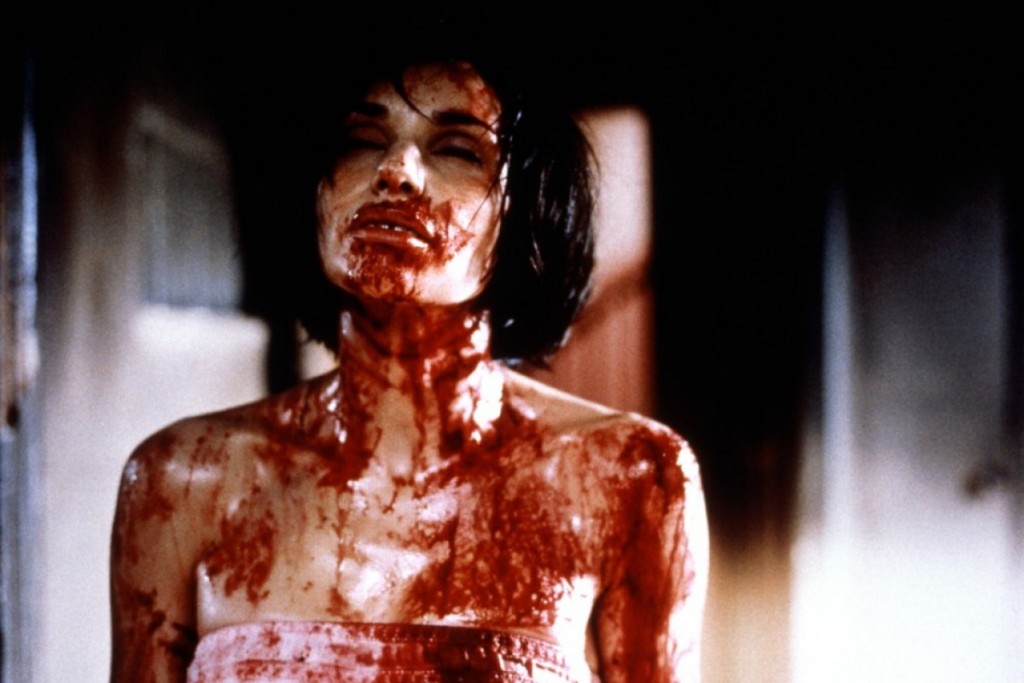 Shane and June can’t seem to stop touching and feeling and kissing and loving each other; a relationship that immediately introduces itself with vibrations and undercurrents that don’t exactly scream safety. And in typical Denis fashion, these seams were not made to last. The ominous murmurs knock quietly on the door at ill hours of the night, every night. Léo & Coré are introduced next, putting on display the very same libidinous attitudes that tend to get humans into terribly hot water, but this relationship is much more patently exposed to the wounds that the incessantly knocking undercurrents have caused. Coré’s path begins and ends soaked in blood, a beauty who doesn’t want to wait and would rather die, with eyes that pierce skin and teeth that pierce silences.

Others stay clean, or at least try to. They seem wild but they are so tame. They’re moving towards you with their colors all the same. Denis often places her camera right where the characters stand, causing their partners to abruptly stare into the abyss of the audience, staring somewhere else. There are strange things occurrings. Delicate voices are lost and found and lost in a foreign land of foreign people who bathe in things that are not water. Things are sinister and dark and moody and the air tastes like blood, for whatever reason. Denis cuts. Mysterious and suspicious, this is a film that I found myself lost within more than once and I’m unsure I ever really regained my footing, or whether I ever had footing. There’s trouble every day, or at least the singer says so. With all but its eroticism obscured, all that’s left is the beguile of what all its lines are pulling towards, pulling from.

And why are there no anchors here? Why are we stopped? Where is everybody? This is not my beautiful house? — Well… how did I get here? And then you are asked: “are you frightened?” And you be in deep thought. You do not know for sure what the question is.

Heaven knows there’s little more cathartic than an empty apartment with all its little idiosyncrasies packed away into tiny marked boxes all ready to relocate, but even at life’s purest peaks, the foreboding ambience of Denis is slowly writhing under the floorboards, planning things, scribbling ugly unintelligible notes into its diary, holding its breath. Equal parts serene and apprehensive, the city acts as a maze, a game of cat and mouse, as if invisible overlords were endlessly observing the movements of the humans lost within, wondering just why they choose to go down the roads that they do. The Eiffel Tower works as a searchlight, looking out over the city, searching for anomalies that hide in plain sight. Like a Twin Peaks episode without ad breaks, it moves with the rhythm of a tortoise with no place else to be. But it still balls so hard that Katy Perry sang a song about it.

No matter where its characters move, the city must go on, lights shoot off into the darkness from every direction, sirens and horns and screams and sighs all battle for the prominent vibration, the song must go on. Denis does Denis and doesn’t for a second hold anyone’s hand. Clues into the characters are shown via their movements, the mumbles they utter to themselves when nobody else is there, the glances and inspections cast into a mirror. Laure sits in traffic, everything loud and still and pulsating, with a man who just likes the warmth. A state of blurriness encapsulates them both, hazy colours leak into each other smothering the frame..the vision.. the slow dying wisps of cigarette smoke seem sentient, sometimes angry. It is after hours and “different rules apply when it gets to this time.” Mystifyingly strange vapors radiate from the gutters and exhausts, seducing our heroes like freshly baked apple pie cooling on a windowsill seduces courageous animals. They fall into its trap, the trap of the city, like a daydream.

Like a restless Macaulay Culkin waiting for bad guys to knock down his front door, the imagery of Denis is so vivid and expressive and authentic and biting that viewers can do naught but fall for its seductive trap and run towards it with full force. It’s this ominous and subtly dangerous air they carry about with them that lulls her captors into a rhythm of insidious bliss. All her films carry this lethal tendency, but particularly from Trouble Every Day onwards, where even an airline attendant saying something cordial like, “You look very nice today” appears as a thinly veiled “I’m-gonna-burn-your-fucking-face-off”-type threat. Seemingly incongruent images linger rhythmically as if the film were truly just about them: in one of the films most striking scenes, a patch of light struggles to break free from an angry and purple sky, trapped between imposing mountains and a dormant ocean, as if something big we’re ready to descend through it, ready to destroy all that stands in its way.

It is in these sharp moments that Denis is at her most hypnotic. The screeching and piercing score ambles through like it’s lost and looking for somebody else, returning sporadically throughout the films runtime, perhaps thinking that each time it returns there’ll be something there that it was originally meant to meet, but it never is. And it is almost always in the moments of finishing her films do I realize how captivated I was, how I craved being dragged around by its movements, how misplaced I now feel having nothing left to placate my addiction. How empty the anhedonia feels. 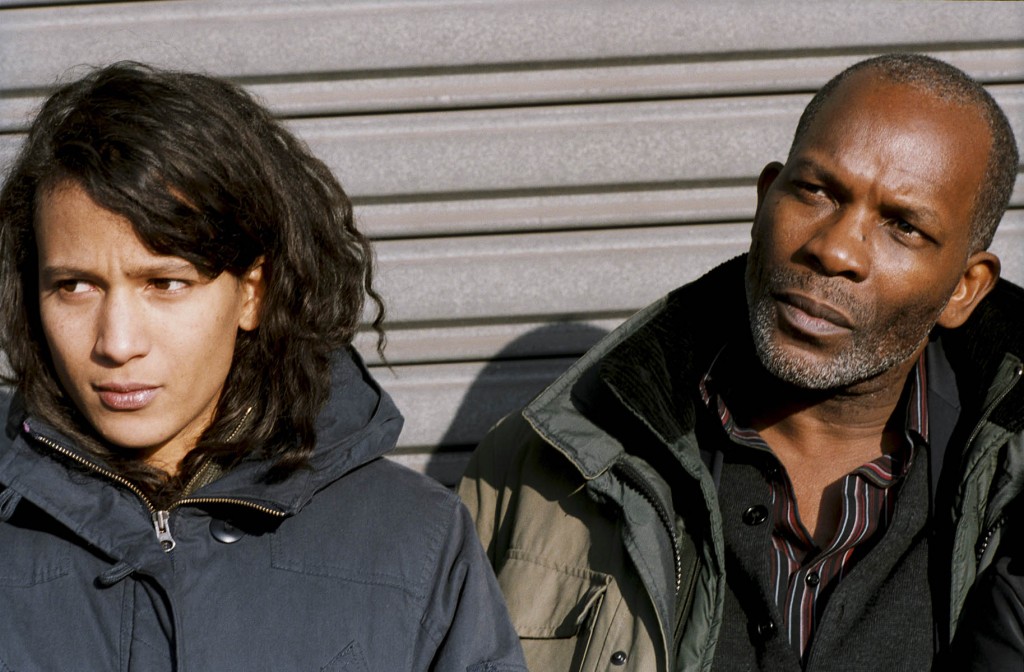 Unfortunately, I quite liked the film, so my “35 Shots of Dumb” review isn’t going to work out so well here. Lionel is a metro conductor, smoking cigs in a luminous city that is constantly moving, staring into space just long enough for the blurry iridescent circles to take full control of the frames. Denis hauls her intimate silence around with her like Santa Claus with a bag full of presents for lost children. There are so many frustratingly transitory magical sequences: the children and their lanterns, a camera locked onto a train, opening a box, lying between the wind and grass. And where is this thing moving anyway? A labyrinth of rigid and relaxed relationship strings wrap around each other like headphone wires left to their own devices overnight, seemingly creating their own impossibly-made knots without even meaning to.

The restaurant sequence is pretty much the epitome of cinema as anything, and I’ve no earthly way of knowing how people like Denis get so endlessly talented. Some people have everything, but go looking anyway. Moving through Denis and seeing Grégoire Colin grow from awkward boy to handsome man has been a true roller coaster of confused feelings and I’ve no wish for it to stop any time soon. There’s just something about trains being shot through the gaze of a master. Good times keep rolling. Dance to escape now.

A rebel says that in six months it will be raining inside. All of God’s creatures are scared of these words, for they know there is great truth to them. Hell is raining down upon those who sit still in the belly of sinfulness, refusing to leave. Those who do attempt a last minute fence hop are not guaranteed salvation. Such is the frustration of the brutality that Denis showers upon its inmates. Days later, a house is defaced with violent reds and yellows, all its insides burnt into crispy unintelligible blackness. They will be happy for the rain, now. Some burn down with it, but they were gone long before death granted release. Africa crumbles and Denis watches handcuffed, with sorrowful eyes. Her camera doesn’t like to watch the really bad parts. Moving like a curious, unknowing ghost, it ominously gives substance to the shadows that lurk around the corners and sit on ceilings with nosebleeds.

Sun-soaked warriors run through the land with revised revolutions and malice and madness and massacre, and there is only one thing left to happen once they stop. Maria is mad, Manuel is madder. And Denis is the maddest of them all. Rather than relying on malevolence to fester behind closed doors at the edges of frames, Denis parades it around on full show while wearing a victory sash, and as such I’m a wee bit confused that there are reviews saying this has a confusing narrative. If there is one Denis film where intentions are able to be followed, it is this one. Her sharp droning scores ensure her frames remain vivid far past their sell-by date and her final sequences have never disappointed. It may be so that White Material holds the award for both the greatest intro and the greatest outro of her entire filmography. And that is high praise. 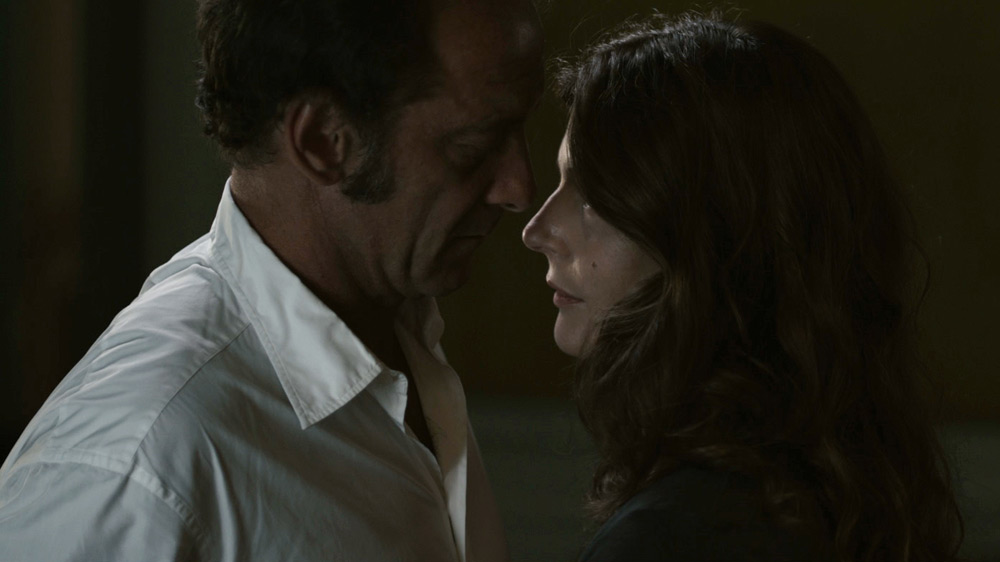 If a single piece of dialogue summarized my relationship with Claire Denis, it would be this. This is her final film for now, and oh, we’ve had some laughs. Each one felt like being way past the point of sobriety and trying to wade through a mile of muddy terrain just to get to your car, which you don’t yet realize you’ve forgotten the keys to. And she will continue to never give you nothing. And you will not make a fuss, you will not scream and ask for mercy, for you will be, deep in the darkest chasms of your being, loving every moment of it. Marco never says, “Something stinks, and I bet it goes right to the top!” like any person who’s watched far too many films would, and yet still, his stoic eyes that survey the landscape of the film say the most of all. Which futilely amounts to the same sweet nothings the rest of the film’s inhabitants offer.

Her films patrol with a pulse that is at times so quiet and sedated they are feared dead, only to all of a sudden explode into the aether as if lost in an endless desert after taking a shitload of peyote and are now in way, way over their head. She will give you two small thin sticks of wood as she proceeds to kick you right out the rear of the car, its wheels screech and spin off into the distance and all you can hear over the rainstorm is her yelling at you to suck it up and light a fire. And gosh darn it, some people just don’t want to light that fire. Some people just don’t like being told what to do no sir. You cannot blame people for this reluctance. The rain, it never ends. It fills the screen like wind fills a field, there is nothing but rain, maybe there was never nothing but rain. The water forms around the cities bodies, accessing the damage, taking information back to its deity deep underground. The rain forces the discards of the adults into the gutter with the rest of the mud for the children to make mud pies out of. Sometimes self-destruction finds you wherever you go. Sometimes comes the mother, sometimes the wolf.