After two weeks of wall-to-wall movies, writing, late nights, coffee, deadlines, and sleep deprivation, the 2014 Toronto International Film Festival has come to a close. Thankfully, right before our writers on the ground collapsed from exhaustion, they wrote about 9 quality films, the créme de la créme of what they consumed at TIFF. These are the films to keep an eye out for as they find distribution and begin playing at a theater near you. To read more about the festivities, check out our extensive coverage here.

A Pigeon Sat on a Branch Reflecting on Existence 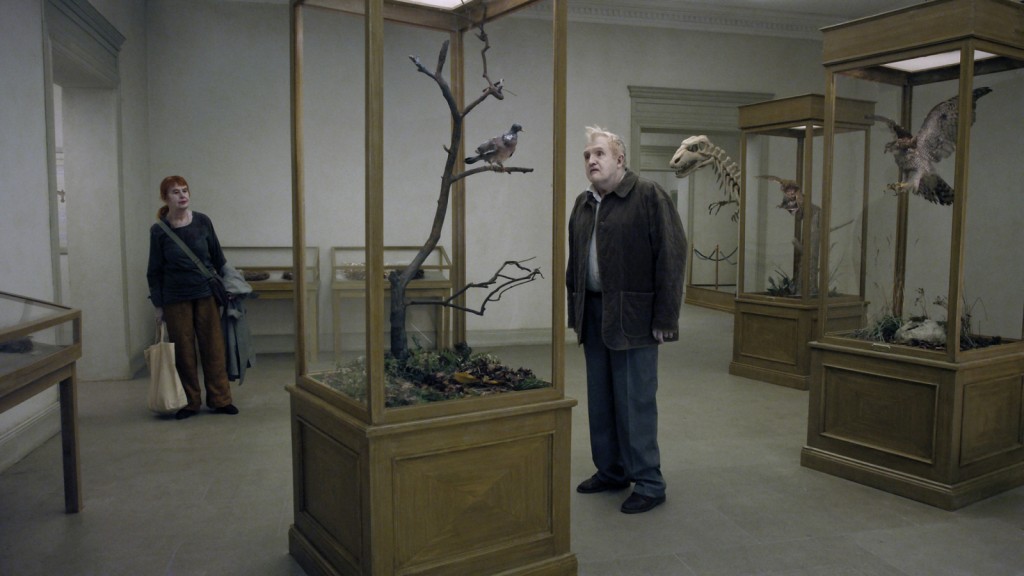 The subject of A Pigeon Sat on a Branch Reflecting on Existence, broadly speaking, is the daily grind, and our individual responses to living a potentially soulless life predicated simply on making enough everyday to scrape by both physically and spiritually. Grim, to be sure…but Roy Andersson, as was the case with Songs from the Second Floor and You, the Living, isn’t content to be merely bleak and cynical. Instead, he turns the dark side of human life into rich deadpan black comedy that is exhilarating not only in its visual inventiveness, but in its underlying philosophical ramifications. Death and sadness are an inevitable part of all our lives, but even as people’s attempts to combat it may ultimately be ineffectual—as exemplified in A Pigeon by the two sad-sack salesmen trying to “sell happiness” with a pathetic set of goods—there’s something enlivening about seeing someone as clear-eyed as Andersson finding endlessly amusing ways to face these unsettling universal human truths head-on. – Kenji Fujishima 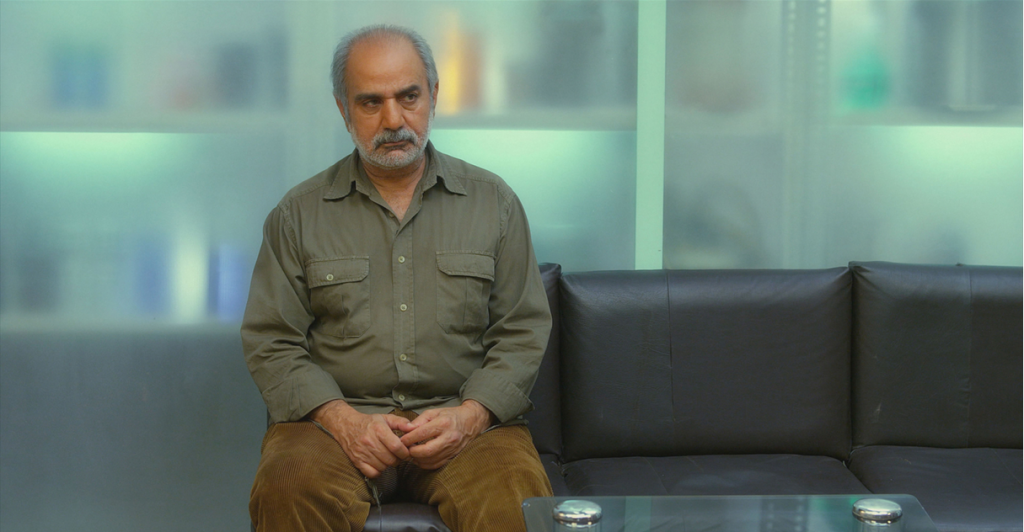 Reza Mirkarimi’s slow and deliberate realist drama about a young pregnant woman and the silent taxi driver who steps in as her surrogate husband/father was the most heartbreaking, beautiful film at the festival this year–and undoubtedly its best Iranian film. A slow, roaming camera, moving from one setting and character to another, offers a contrasting serenity with a chaotic Tehran that renders a tone halfway between cynical and droll. The film shows a natural, even casual dynamic between a severely beaten, pregnant lady, whose medical conditions are conveniently cloaked by her chador, and an unassuming but understanding taxi driver. He takes her to the hospital and becomes increasingly involved in her pregnancy and well-being when she requires, not by law but social custom, a male companion to fill out paperwork and pose as her husband. Today persuasively deconstructs the processes and stigmas surrounding unaccompanied women in an Islamic country without ever preaching, as weary hospital officials try to make sense of the mysterious couple. – Tina Hassannia

It is generally considered unwise to rearrange one’s schedule during a film festival based on word of mouth, since hyperbole is the prime mode of criticism and praise during these events. Yet, it feels all the more rewarding when the hassle pays off with one of the festival’s real gems. Silvered Water was not on my radar until a trusted friend called it the best of the fest; there is little hyperbole in his statement. Virtually impossible as an exercise until a few years ago, directors Mohammed and Bedirxan’s collaboration is shaped from hundreds of YouTube clips and videos sent to the former via the internet while he lives in exile in Paris. Bedirxan, a Kurdish activist in the Syrian city of Homs, contributes her own footage and communicates with Mohammed through Facebook. The collection of videos is assembled together thoughtfully, but with little intervention except intertitles. The result is a raw, frank and harrowing look at the goings-on in Syria, where the authoritarian government is brutalizing its own people, and an insightful commentary on opportunities afforded to artists in the digital age to counter censorship. – Amir Soltani

The Safdie brothers cast Arielle Holmes, who had been a homeless heroin addict in her teens, to tell her story, but Heaven Knows What is more than just a docufiction account of her life. It is a charged, vivacious narrative film that demands true chops of Holmes, which she demonstrates in a ferocious performance that many trained professionals could never credibly give. Furthermore, it ventures into storytelling elements that are tidier than real life, or at least they would be if Holmes and the rest of the cast did not make even metaphorical scenes hum with fury and desperation. Gorgeously shot and occasionally driven to near mania by thumping, alien music, this was one of the highlights of the always rewarding Wavelengths program, and even for this writer, who had never seen a Safdies film before, a concise argument for their importance to contemporary American cinema. – Jake Cole 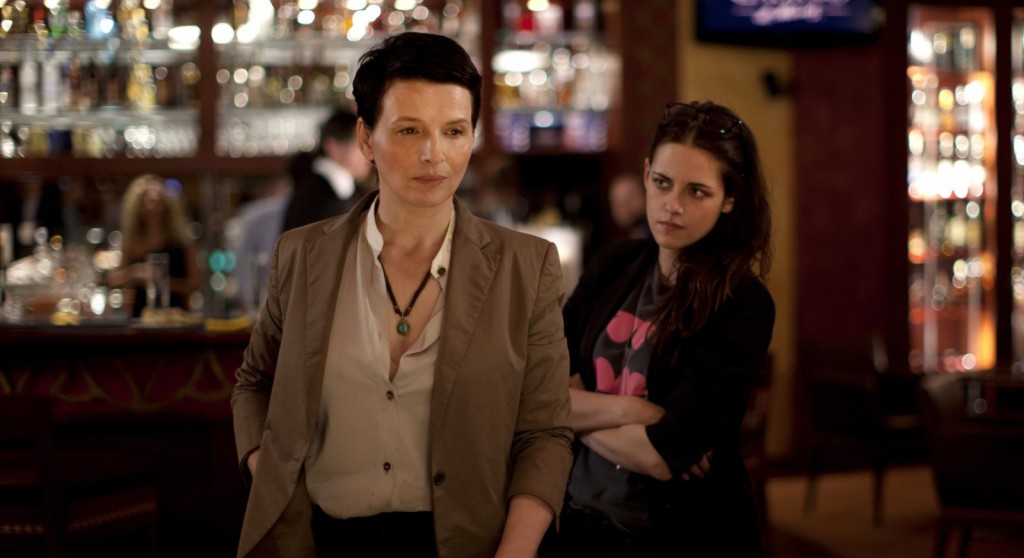 “A searing satire of an antiseptic Hollywood system, a meta-commentary on “Celebrity” culture, a melancholic evocation on the impermanence of youth, a pensive portrait of clandestine love, Clouds of Sils Maria is all of this and more. And yet, to simplify or contextualize its intelligence into precise, aphoristic themes feels wildly inappropriate. Olivier Assayas’ latest masterwork transcends superlatives – too daring and damning to be labeled. Its beauty is ineffable.” (Read more at FSR) – Sam Fragoso

The Duke of Burgundy 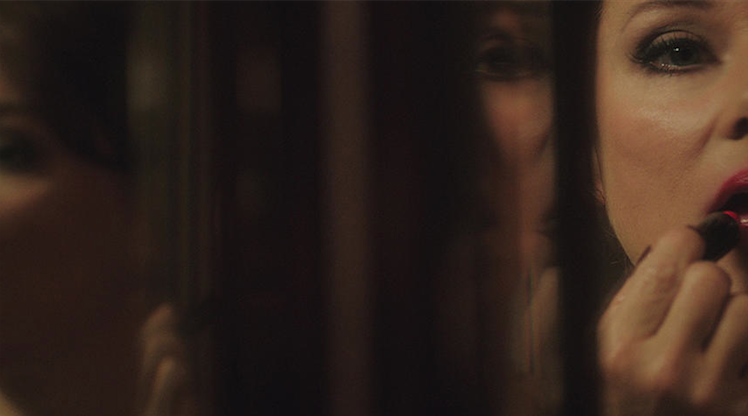 At first, the relationship between Cynthia (Sidse Babett Knudsen) and Evelyn (Chiara D’Anna) appears to be of the mistress/slave variety, with Cynthia going so far as to urinate into Evelyn’s mouth if she doesn’t fulfill her cleaning tasks to her satisfaction. Soon, however, it is revealed that these interactions are in fact all an act: a perverse series of rituals that are essentially their way of showing their love for each other. That, however, is hardly the only surprise to be found in Peter Strickland’s The Duke of Burgundy, one of the biggest breakout hits of this year’s Toronto International Film Festival. In fact, the most heartening surprise of Strickland’s follow-up to Berberian Sound Studio is that, for all its kinky touches and extravagant production design, it is, in the end, essentially a relationship drama, one unusually wise to the ways lovers of all stripes often play power games with each other, break apart, and reunite. By the end, it is Strickland’s emotional sincerity that truly stays in the memory. – KF

Sissako’s latest film barely made a blip after premiering to strong reviews at Cannes earlier this year. Certain films endure this misfortune, whatever the reasons, and get lost in a sea of hype for the unseen films that hit the fall festival circuit. It’s a shame, really. Timbuktu is a powerful film, with formal ambitions that well exceed the requirements of its narrative. Connecting several stories about the lives of Northern Malians whose society grapples with decades of tribal infighting, Islamic extremism and power struggle between rebels of different languages and ethnicities, Sissako takes a compassionate look at these conflicts without dousing his story in sugary humanism. At every turn, the film proves tougher than the audience expects, while maintaining its even-handed, blameless approach. Sissako mentioned in the Q&A session that the lack of news coverage for a stoning in Mali was the impetus for the film’s production; his gorgeously shot, finely acted film does much more than deliver the news story. It does so with such emotional power and sincerity that makes Timbuktu one of the year’s most unforgettable film experiences. – AS

This visually exquisite Swedish film, about a young family on a much-needed vacation in an Alps ski resort, focuses on a central, disheartening moment when husband flees in terror instead of protecting his family when a controlled avalanche becomes a visible threat while they dine at a rooftop restaurant. Though the film captures the event and their following dynamics with a cool, detached eye, and even though the family carries on like little has happened, each subsequent scene shows one character after another beginning to crack from the emotional aftermath. Force Majeure is successful in creating an understated drama that uses absurd humour to both lighten and underscore the undeniable restrictions of adult family life. Who knew male guilt and the fractures of heteronormative relationships could be so funny? – TH

Jean-Luc Godard has shed political ideologies, reference points and now, language itself, in his lifelong attempt to articulate himself through cinema. Goodbye to Language is filled with allusions to history and cinema, but they break down as if a real-time run-through of the director’s entire late period, the fragmented editing and bifurcated 3D effects a desperate attempt to outpace Godard’s realization of the inefficacy of his own vast knowledge to put even a simple feeling, much less a historical context, into words. In the process, he produces some of his most sublime images, snatches of relationships and noir and just a dog frolicking in the snow, all of them fleeting and all suggestive of deeper truths that can only be felt, not thought. That an analytical, dialectical thinker like Godard would suggest this is the only way to truly understand is almost an admission of defeat. If that is so, there’s never been a more gracious loser. – JC