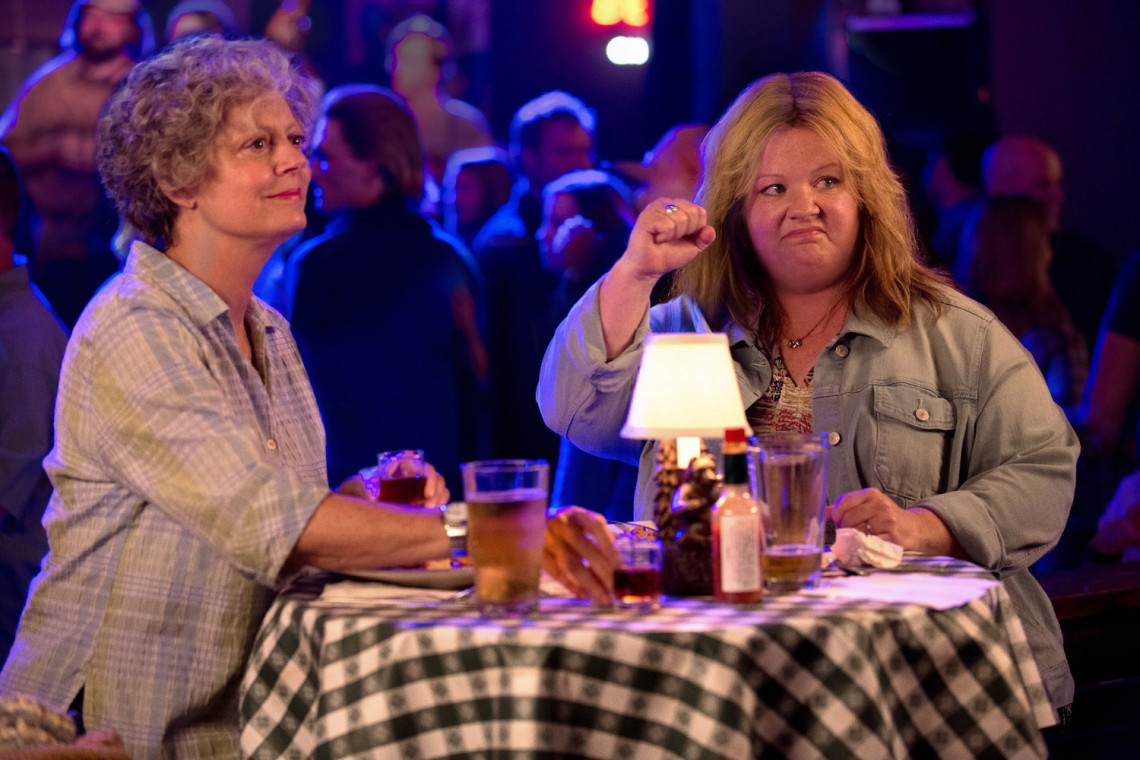 Stuck in the Middle with You: Defending “Tammy”

When considering the inherent biases of film critics, we usually think about race and gender first. Despite some progress made in the last few years, the vast majority of critics are still white and male. At least this is a fixable problem, although it will surely take some time. A more difficult bias to correct is the urban one. It is not as simple as hiring critics from more rural areas. Every major newspaper in the U.S. is located in a city, and even online film writers have a reason to be near a major population center – because that’s where independent films play. As a result, the voice of rural moviegoers goes largely unheard in the critical community, and their culture becomes under-represented onscreen. This problem can be seen most clearly in the curious reception of Tammy.

When Tammy was released over July 4th weekend, it bombed with critics, earning a 24% rating on Rotten Tomatoes. It made a decent $21 million in its opening weekend, but since we are used to seeing higher grosses in that prime-release date, the conventional wisdom was that Tammy was a simple flop. That’s not the case. The full financial context was laid out by Scott Mendelson in a Forbes article over the summer, and since then the film has now grossed a total of $100 million worldwide. But Tammy’s victories go beyond dollars and cents. It embodies an odd juxtaposition of values—social progressivism in a conservative milieu—and its rebellious cultural bent may be why nobody was able to get a handle on it the first time around.

For his directorial debut, Ben Falcone (McCarthy’s husband) cast several actors who also appeared in last year’s The Way, Way Back (Nat Faxon, Toni Collette, and Allison Janney), and Tammy shares some of that film’s breezy comedic sensibility. The stakes are low, and the characters have modest goals. There is little wish fulfillment here, as the characters are not necessarily the best and brightest that Hollywood usually has to offer.  McCarthy plays a poor, overweight, uneducated, and mostly unpleasant fast-food worker. Characters like her exist in movies only to be mocked, but, a few fat jokes aside, Tammy takes the eponymous character’s feelings seriously and depicts her realistic journey to self-actualization. 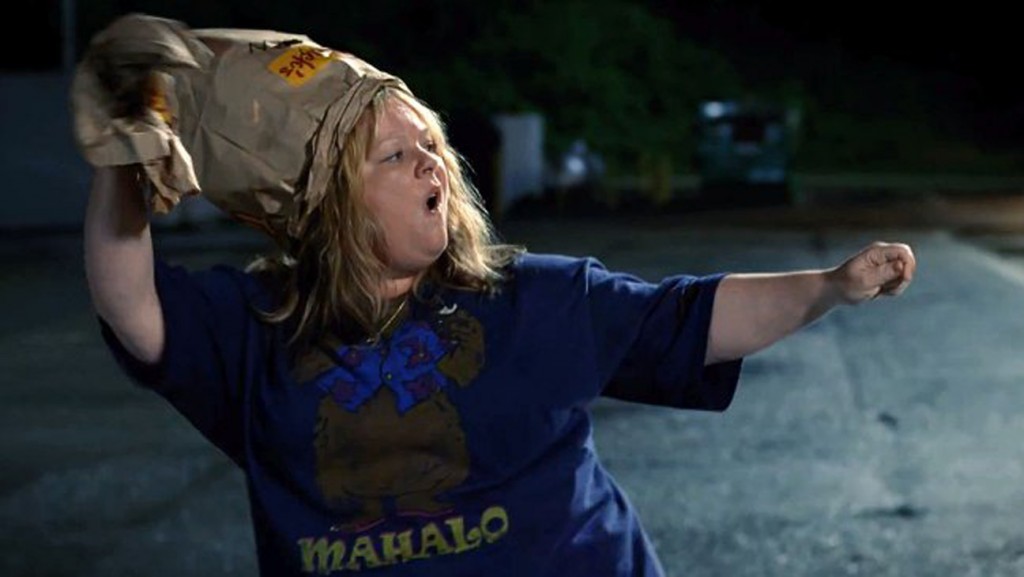 Of course, it’s not only Tammy herself that usually gets short shrift in films; it’s her entire culture. Tammy is the rare Hollywood film that respects the values of rural America. When Tammy and her grandmother Pearl (Susan Sarandon) embark upon their impromptu road trip, they decide upon the modest destination of Niagara Falls. Their dream vacation is not to New York City or Paris, or some other upscale capitalist fantasy. Niagara Falls is the place people who don’t have much money dream about going, especially those of Pearl’s generation, which is exactly why it’s rarely depicted on the silver screen.

Likewise, when Tammy finds the confidence to strike out on her own, her happy ending involves moving to Louisville and getting her own apartment. Her dream is an achievable one, and it mirrors the real-life goals of many of America’s working rural poor, even if it does not make for a particularly exciting denouement.

If urban critics had difficulty connecting to Tammy’s rural values (Labor Day had a similar problem), the film’s set of progressive social values may have turned off some conservative viewers in the heartland. By some metrics, it is the most feminist film of the year. Tammy reverses the male-slob-gets-pretty-girl trope of mainstream comedies by pairing McCarthy with indie idol Mark Duplass, who miraculously sees the beautiful person underneath Tammy’s at-first boorish appearance. 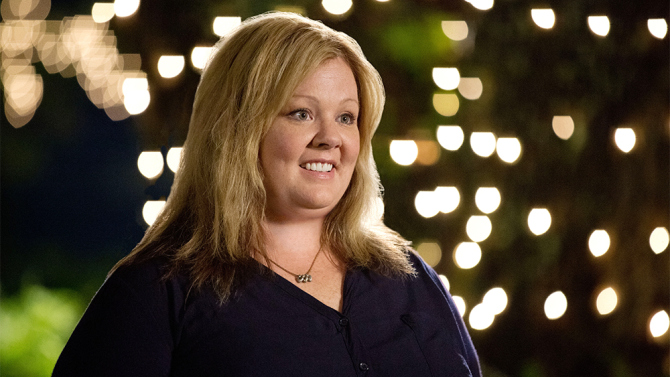 The film also boasts the more practical achievement of creating better roles for the many talented women that Hollywood ignores. Susan Sarandon was discarded as a leading lady once she hit middle age; similarly, her female Tammy co-stars—Janney, Kathy Bates, and Sandra Oh—all remain significantly under-used. While putting so many middle-aged women onscreen might be considered a financially risky move by some Hollywood studios, it’s not a politically risky one. What’s more impressive, especially considering Tammy’s presumably core demographic, a conservative audience, is its commitment to raising the level of discussion around LGBT issues. When Tammy and Pearl have a run-in with the law, they hide out with Pearl’s cousin, Lenore (Bates) and her partner (Oh). At her luxurious estate, they partake in a lesbian 4th of July party, which could be seen as a radical and welcome redefinition of American values. More noteworthy is the preceding scene in which Tammy admits that Oh’s character does not fit her idea of what a lesbian looks like. The scene serves no narrative purpose, but it’s clear that McCarthy and Falcone know their viewers and were interested in nudging them towards a broader understanding of gay and lesbian issues.

So if Tammy is not tailor-made for urban liberals or rural conservatives, just who the heck is it for? My guess is that McCarthy and Falcone made it for themselves, and that the film’s heartland liberalism mirrors their own values. In other words, Tammy is the kind of personal story that we should be championing, and just because it is light and breezy and stars an actress who pooped in a sink in Bridesmaids doesn’t mean it shouldn’t be celebrated. While we all bemoan Hollywood’s creeping aversion to risk-taking, it’s worth celebrating a film like Tammy, which quietly became one of the most interesting, subversive, and risky movies of 2014.

One thought on “Stuck in the Middle with You: Defending “Tammy””