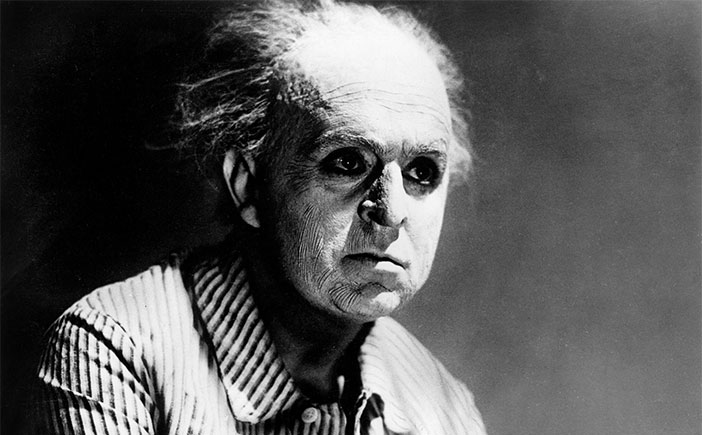 A great night out for the serious cinephile, this pairs Jean Vigo’s landmark Zero For Conduct, described by critic and historian David Thomson as “forty-four minutes of sustained, if roughly shot, anarchic crescendo,” and a major influence on Truffaut’s The 400 Blows, with James Sibley Watson and Melville Webber’s avant-garde Lot In Sodom, from the Biblical story. The latter is noteworthy for being extremely gay by 1933 standards. The films’ combined running time is 75 minutes, making it perhaps the most efficient avant-garde cinema-to-time ratio you’re likely to find anywhere in New York. (Tuesday February 19th, 9:35 pm)

Now here’s a tough decision for the cinephile of a slightly different brand of seriousness. Lady Terminator is, as one might infer from the title, an Indonesian low-budget knockoff of The Terminator. But, rather than involving robots, this one features a young woman possessed by an ancient spirit that makes her kill everybody, and there’s lots more possession and crazy sexual imagery and all that wholesome goodness. The other option is Alejandro Jodorowsky’s Santa Sangre, this insane violent psychedelic thing about a circus family where all kinds of bizarre and grotesque stuff happens. Bring a coin to flip. (Friday, February 22nd, 12:10 am/Friday February 22nd, 12:20 am)

BAM’s ongoing Richard Pryor series has three double features this week: Bingo Long’s Traveling All-Stars and Bustin’ Loose on Tuesday, Brewster’s Millions and Which Way Is Up? on Wednesday, and Richard Pryor….Here and Now and Jo-Jo Dancer, Your Life Is Calling on Thursday. Although more famous for his (unparalleled) stand-up comedy, which is on display in the first half of Thursday’s double feature, Pryor’s work as an actor is full of lovely moments. Frequently better than the films he was in, Pryor alone is worth going to BAM for. (Also, Bingo Long is quite good.) (Tuesday-Thursday, February 19th–21st) Finally, an unheralded great place to watch a movie is Manhattan’s BIG Cinemas on 59th St. With luxuriant amounts of leg room, extremely comfortable chairs and clear sight lines, it would hardly matter what they showed . . . but they show the finest Hindi blockbusters of any given moment, so all the more reason to go! At the moment, Akshay Kumar’s latest entertainer, Special 26 is showing. Akshay Kumar is currently on a fairly terrific streak, and his latest, a heist picture set in the 80s co-starring Kajal Aggarwal and the great Jimmy Shergill, Manoj Bajpal, and Anupam Kher, comes highly recommended. Catch it by Thursday, as Friday, director Abhishek Kapoor’s excellent Kai Po Che! opens, but you should go see that too. (Tuesday-Thursday, February 19th–21st /ongoing.

Back to Film Forum, for Fritz Lang’s all-time classic that is a) by Fritz Lang, b) banned by Goebbels for being too awesome, c) see a) and b). This is a great way to spend a Thursday night, believe. (Thursday, February 21st, 9:30 pm)