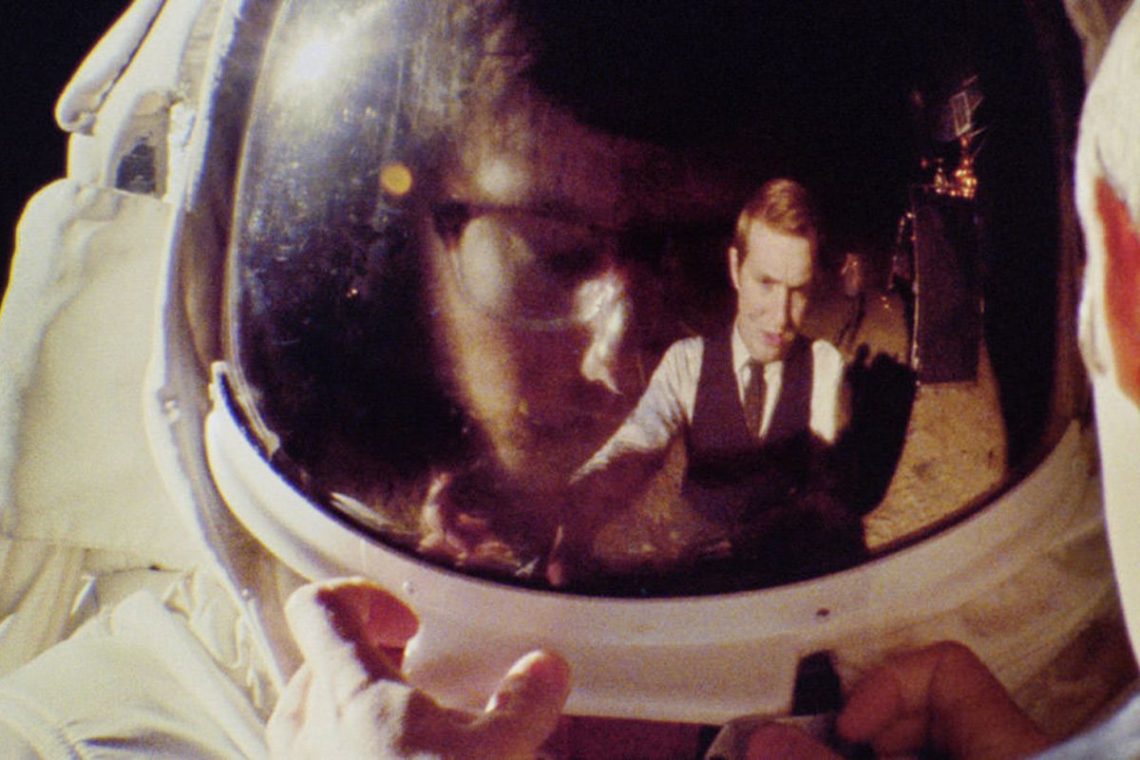 Matt Johnson’s mockumentary/found-footage film Operation Avalanche opens on archival footage of President John F. Kennedy’s 1962 speech at Rice University where he delivers the oft-quoted line, “The greater our knowledge increases, the more our ignorance unfolds.” That line, as well as the rest of the speech, serves to illustrate that it’s important for a nation to always chase the next ring of progress. In this case, it refers to the United States putting a man on the moon by the end of the ‘60s and before the Soviets. But Johnson takes that specific line and filters it through the actions of four in-over-their-heads C.I.A. A/V department lackeys, coming to a different conclusion: The greater our exposure to the government and its methods, the more uncertainty surrounds the legitimacy of any national accomplishments.

With Operation Avalanche, Johnson captures the mood of the “1960’s,” i.e. the decade as it exists in the cultural memory, by crafting a film that tonally transitions from earnest to paranoid, from celebratory to distraught. It’s a clever touch for a film that largely functions as an espionage comedy about movie buffs who want to create the ultimate illusion. In the film, Matt Johnson and Owen Williams (played by “themselves” per the conceit of the film) are two of the C.I.A.’s “Bright Recruits.” Matt, the annoying, ambitious one, desperately tries to get both of them onto a new operation to uncover a mole in NASA, while Owen, the reasonable family man, is reticent about much of the high-profile missions. When Matt, Owen, and their two cameramen are eventually assigned to find the mole, they discover something more troubling: NASA won’t be able to put a man on the moon by Kennedy’s deadline. So what does Matt do? He concocts a secret plan to fake the moon landing by using cutting-edge special and practical effects so as to give the public what they desire.

The story follows a predictable path. Matt and Owen start out like spy filmmakers—scouting locations, testing out effects, crafting dialogue, etc.—but eventually, they push up against the insidious nature of the Agency, and how they will pursue their ends by any means necessary. Lies are spread, people are betrayed, bodies are found. But the narrative isn’t Operation Avalanche’s main selling point. Instead, it’s Johnson’s direction and his scrupulous efforts to make his film look like a period document that helps it stand out. Johnson famously infiltrated the real NASA headquarters by convincing them that they were a student documentary crew; thus, all of the NASA footage is “real.” However, Johnson and the production team at Zapruder Films also accomplished other technical feats that contributes to Operation Avalanche’s verisimilitude: They hired a crew to build an Apollo Lunar Model and filmed the construction itself; they transferred all the digital footage onto old 16mm film stock so it looks period-specific; and they even crafted an impressive sequence involving Matt meeting director Stanley Kubrick on the set of 2001: A Space Odyssey. “It’s the cheapest way to make a movie,” Johnson joked to The Globe and Mail. “Whatever the characters are going after is the same as the film itself. If we can align those things it makes it easy for us.” To his credit, Operation Avalanche has a few sequences that thrill solely based on Johnson’s technical ingenuity and his obvious interest in making films that straddle the fiction and the reality of its creation. Even when we know it’s fake, it often feels real.

Unfortunately, Operation Avalanche’s uneven narrative engenders frequently dull moments, especially for a 90-minute film, that effects can’t save. Johnson heavily relies on montages of archival footage or his subjects at work, and while some of these compel, like when he’s using them to draw ironic contrasts between national pride and the secret mission, often, it just stalls the action. Moreover, Johnson and co-writer Josh Boles don’t elegantly build up the paranoid suspense, dropping in elements that foreshadow danger in the beginning and inorganically ramping up tension in the homestretch. Though the last act contains an exhilarating car chase sequence, one that apparently cost Johnson $2 million, it retroactively scans as a “Hollywood finish” to an otherwise small-scale indie, as if to blatantly remind the audience of the story’s high stakes even though it’s baked into the premise. When the dominoes start to fall, it can’t help but feel like an afterthought, the obvious end to a conspiracy thriller tale.

Though Operation Avalanche succeeds technically, it largely fails to make the most of its premise, specifically in terms of thematic weight beyond the literal footage. Johnson’s filmmaking strategy of little pre-planning and allowing real life to dictate the direction of the film allows for some powerful moments but doesn’t allow for the film to have much shape. Johnson and his team allude to many ideas in Operation Avalanche’s script—the inherent problem with conflating technological progress with national mythmaking, the ethical limitations of American ambition, the countless negative effects of Cold War foreign policy—but they never cultivate them beyond the initial hat tip. “All people want to see is an image on a television screen and we can give them that,” Matt says excitedly when he tries to sell his plan to the head of the C.I.A. With Operation Avalanche, Johnson gave us the image but the illusion can’t stand on its own without a purpose behind it.