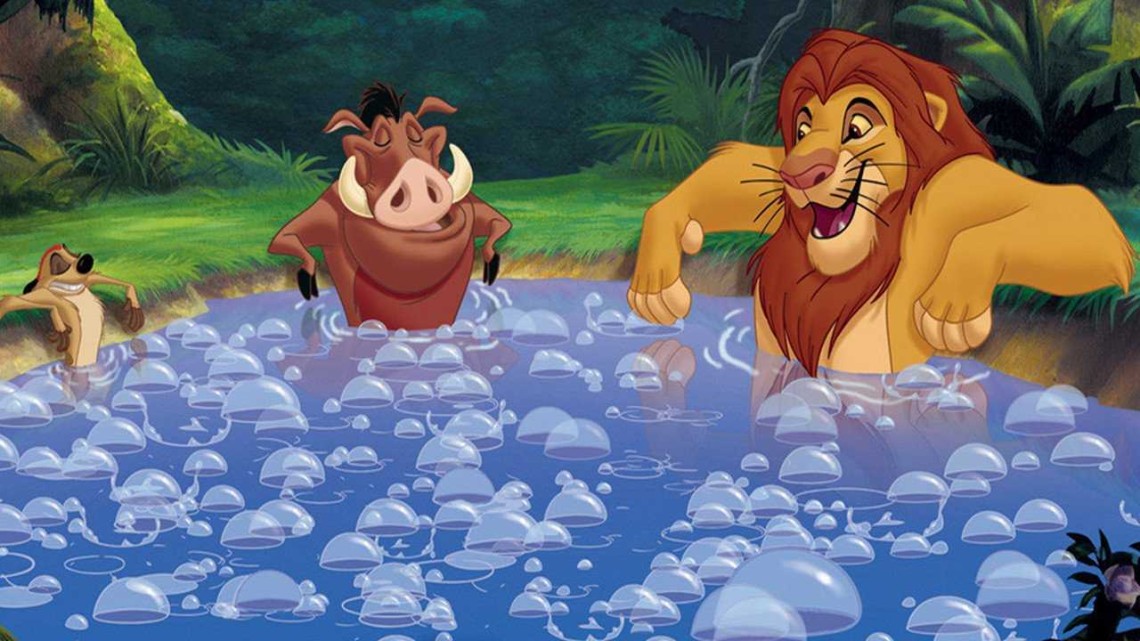 We did it, friends! This week, we reach a podcasting plateau–200 episodes! Why, barely any other podcast has ever hit that peak before! (Don’t verify our math.) And what better way to celebrate the 200th episode of Mousterpiece Cinema than with a direct-to-DVD sequel? Yes, really, thanks to issues of timing and ripping the band-aid off once and for all, Josh and Gabe are facing off with the DisneyToon Studios canon once more as they discuss the 2004 DTV release The Lion King 1 1/2. And guess what? Of all things, this one’s a debate! Yes, it’s true, one of your hosts didn’t outright loathe this story about the budding bromance between Simba’s friends Timon and Pumbaa; as they say on the Interwebs, the Answer Might Surprise You. Plus, a spirited revival of the old plea to Disney to release their old material on Blu-ray and on streaming turns into a great idea for a heist film. No fooling! Now, go listen to the show and celebrate in style!