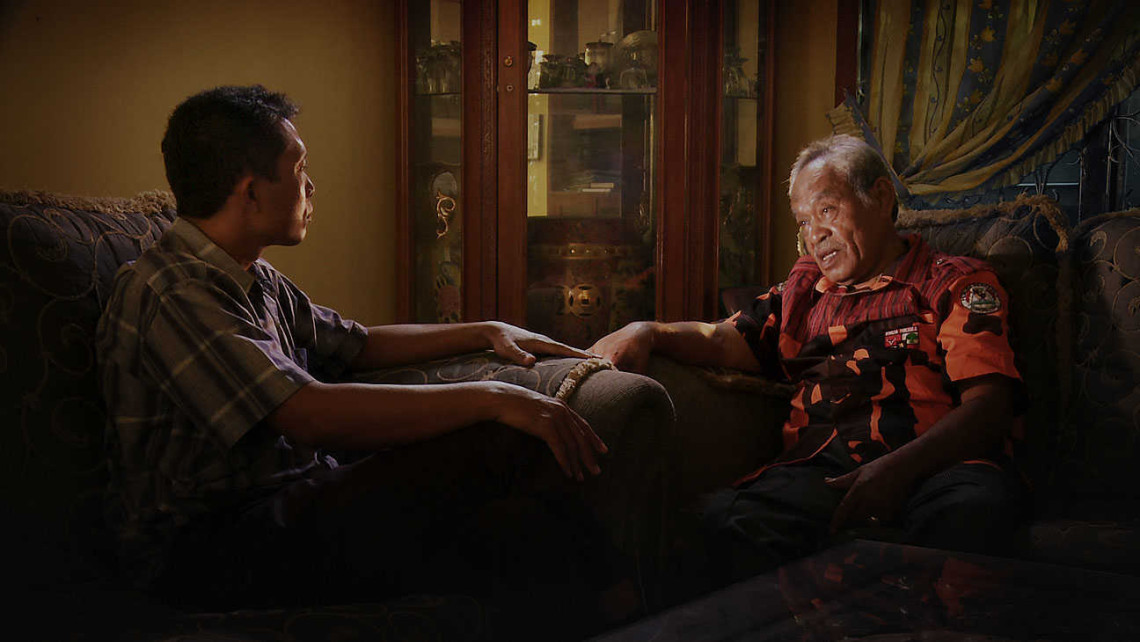 The Act of Silence: LBJ and the Indonesian Genocide of 1965

Between The Act of Killing and now The Look of Silence, filmmaker Joshua Oppenheimer has now given audiences a well-rounded look at a tragic event that had somehow been lost to history’s abyss: the killing of up to a million innocent civilians by the Indonesian military in 1965. Killing brought viewers face to face with the banality of evil, while Silence focuses on the genocide’s impact on the victims’ families and the nation’s character. But there is an element to this story, only hinted at in the films, that deserves closer attention. Perhaps Oppenheimer will even make a film about it one day, as there is surely enough material to warrant one. I’m talking about U.S. involvement in the killings, which, now that they are known to the public, casts a new light on a period of American political history—the presidential administration of Lyndon Johnson—that happens to be a very hot topic in contemporary pop culture.

Both films raise the issue, but neither goes into much detail. The onscreen text that begins Killing tells us that the violent acts were perpetrated with “direct aid from Western governments.” Silence goes slightly deeper by showing an old NBC News report suggesting America’s interest in the region was limited to a Goodyear rubber factory. The factory’s production was supposedly being hampered by Communist union members, who suffered a chilling fate during the genocide. Many were killed or imprisoned, the union was disbanded, and the surviving members returned to their jobs, now forced to work at gunpoint as prisoners. Essentially, they became indentured servants.

It’s a fascinating historical angle, but The Look of Silence spends a scant two minutes on American interests, and we know there was more at stake than a rubber factory. According to a Slate essay penned by Errol Morris (who was the executive producer of both films), the U.S. sent both “weapons and economic assistance” to the Indonesian government. Oppenheimer has also revealed in interviews that he spoke to a former American embassy worker who compiled lists of suspected Communists to share them with the army. In retrospect, none of this should be terribly surprising. These various forms of aid were, of course, in sync with the broader U.S. anti-Communist strategy in southeast Asia; 1965 was also the year the first Marines were deployed to Vietnam.

This strategy was presided over, if not devised by, President Lyndon Johnson, who name goes curiously unmentioned in both films. It’s particularly surprising because his name has been just about everywhere else these days. In the last several years, LBJ has taken on an outsized role in our entertainment. His cameo in Lee Daniels’ The Butler (where he was played by Liev Schreiber) came and went without much fanfare, but Bryan Cranston played him on Broadway recently in Robert Schenkkan’s All the Way, and he is currently preparing to reprise it in an HBO miniseries. Further, it was recently announced that Rob Reiner will direct an LBJ biopic starring Woody Harrelson.

Of course, not everyone remembers LBJ so glowingly. The most recent and noteworthy cinematic depiction of Johnson came in last year’s Selma, which epitomizes the struggle to define the legacy of LBJ and his era. Ava DuVernay’s film depicted an ambiguous role for the president in the civil rights movement; he initially opposed, then later supported, Martin Luther King’s civil rights march. It was an even-handed approach, but DuVernay’s representation of Johnson, however, became a political football, with historians, former White House staff, and editorial writers all weighing in over the film’s veracity. It was clear there was more at stake than just a film.

With such attention being paid to LBJ’s legacy, perhaps Oppenheimer’s decision to leave his name out of The Act of Killing was a wise one. It’s also possible it was a political choice intended to protect Johnson’s reputation, but without knowing the filmmaker’s personal politics, it’s impossible to guess. Regardless, there are plenty of good reasons to keep America out of the picture. There are certainly lessons for U.S. policymakers to learn from these events, but those insights must go through the Indonesian experience, not around it. To filter these horrific events through the narrow American perspective would be anathema to Oppenheimer’s empathy-driven documentary filmmaking style. After all, seeing Indonesians as pawns in American foreign policy is the kind of thinking that allowed these atrocities to occur in the first place.

But even as they stand, these films have added another piece to the puzzle of Lyndon Johnson’s legacy, one that remains perpetually incomplete. Historians and partisans will continue to battle over it, but that wasn’t Oppenheimer’s job. The world owes him a debt for bringing these forgotten events to light. Now we need to find out just how hard America tried to keep them in the dark.