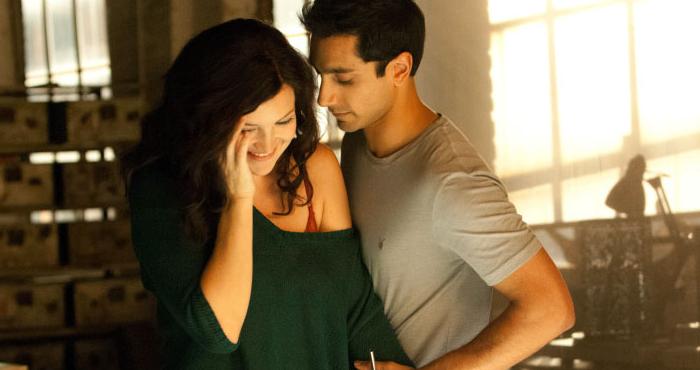 In Mira Nair’s film adaptation of Mohsin Hamid’s novel The Reluctant Fundamentalist, actress Kate Hudson plays a  New York photographer struggling with the death of her boyfriend while embarking on a new relationship with a young Pakistani businessman shortly after the September 11 attacks.

In anticipation the film’s DVD release last week, Ms. Hudson sat down with Anna Tatarska to discuss it. Check out their conversation below.

Anna: Blondes have more fun – true or not?

Hudson: My character in The Reluctant Fundamentalist, Erica, is a brunette and she looks like she’s having some fun, doesn’t she? Personally, I like being blonde.

A: What do you think of the stereotypical portrayal of blondes in pop culture?

H: Like for example that they are ditzy and so on? See, I was raised by a very powerful mother, who also happens to be very blonde. And I never saw her fit the stereotype. She’s quite a force.

A: Have you inherited any of the…

H: …ditziness? [laughs] I think despite the color of our hair sometimes we all have a little bit of that.

A: How did you end up with your look in the film, which is very different from how you normally present yourself?

H: We were sort of playing with the character and Mira didn’t want Erica to be the stereotypical blonde American type. She wanted her to be more mysterious, a little bit more covered, not so… obvious. And that was how we made our choice. Mira was very adamant about that. I also enjoyed it. I definitely didn’t feel like myself back then. I just had a baby, I was in a different skin.

A: The shoot started almost immediately after you gave birth to your son. Was it difficult for you to be on set while not feeling quite yourself?

H: My baby was eight weeks old when we started shooting. So it was very difficult, but also very nice, because I was very emotionally available. I was only focused on my newborn baby, my character and working with Mira and Riz. It didn’t leave room for any other distractions. It was very interesting: Erica suffers a great tragedy and carries inner sadness. If you don’t see glimpses of her vulnerability she could’ve been played very hard. In the novel she was a very difficult character who can’t move on and commits suicide in the end. Mira wanted her to be more vulnerable. Those suicidal tendencies of hers could take away from what the film is inevitably about, which is this one man’s journey to find himself. 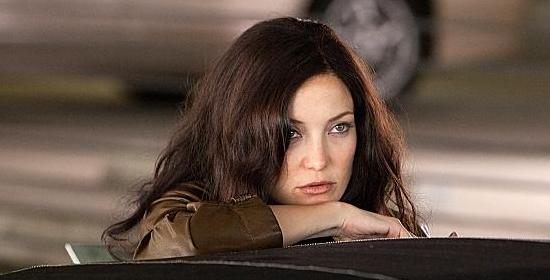 Anna: How did you feel about Erica’s art as depicted in the film? Riz Ahmed’s protagonist finds it extremely exploitative.

Hudson: It’s very different, because in the book it’s obviously written on, like, 1/16th of a page, “they go into a gallery and it’s exploitative.” I had a connection with it, but Mira was very specific about how it was supposed to look and feel. It felt to me a lot like Tracy Emin’s work, and I’m a big fan of hers. I could see it from both sides. To me [what Erica did] would be a betrayal, but as a character I completely understood that this high society girl, who probably never had to suffer many consequences to her actions, never had an opportunity in her life to really recognize that she can affect somebody like that. She rebelliously became an artist and rejected the whole lifestyle. And then she finally reaches another level of intimacy that she’s been looking for for so long, and she exploits it. Inevitably she has to recognize she’s not ready for any of that yet.

A: What do you think about Erica’s relationship with Changez?

H: I enjoyed working with Mira on it, in the sense of the sensitivity, where these two people connect. You wouldn’t necessarily see those two together due to the cultural differences. And yet they’re both suffering the same kind of loneliness, hers being the abandonment and the feeling of injustice of somebody being taken away from her and always feeling responsible for that, feeling that nobody’s on her side. I was thinking: Does Erica even believe in God? When everything is taken from you like that, [you feel] there must be nothing out there. Whereas Changez is dealing with the same kind of loneliness and the same kind of injustice, but from a completely different perspective.

A: In the film, when the Twin Towers fall, Changez has to face a wave of prejudice. How do you feel about that? Did you ever observe that happening in your environment?

H: Prejudice is everywhere, we all know that. It’s how we approach it, deal with it and have a dialogue about it that becomes what’s important. Whereas Mira’s backdrop is very complicated and intense [and] political, the essence of the story is really a human connection and the relationship with yourself, your place in the world and how you connect with those around you. I feel like the film circles around… I call it a pulsating film. Because you get into this political side of it, or the cultural differences, and start forming your own opinions. And then right when it happens she sucks you in with the humanity of the characters and it’s a really delicate balance. Because at the end of the day, it really is about your own connection with yourself and how you express and communicate that through a dialogue with others.

A: What was the 9/11 experience to you personally?

H: It was a defining moment in our history, in this generation. I think we all share the same feeling. To talk about my personal experience is to talk about yours. In terms of what it was, how it changed and shifted our lives, it’s just what it is: horrific, confusing, scary and traumatic for a lot people. I live in New York so I felt very close to it in terms of people I knew or my local firehouse… We honor that, we talk about that, we’ve dealt with this tragedy and it shaped something for all of us that we now share. What I find very brave about Mira’s desire to make this film is how she took that backdrop as a way of really uncovering the complexity of relationships that are constantly evolving.

The Reluctant Fundamentalist is now available on DVD and Blu-Ray.