Today marks the 60th birthday of the world’s most exciting filmmaker, Johnnie To. The Hong Kong master enters his seventh decade more popular than ever, riding a wave of critical support with Drug War, his first film released in the West in years, as well as enjoying considerable commercial success in Hong Kong and mainland China with his latest comedy, Don’t Go Breaking My Heart 2. Yet even taking Drug War into account, To remains largely unknown in many circles, which is a shame, since no other filmmaker working today so deftly mixes termitic social commentary and aesthetic mastery into works of commercial accessibility. That To should remain a fringe figure in the West is a testament to the unlucky position occupied by international directors who do not work in the art-film milieu, often neglected by festivals and wholly ignored by the multiplexes that just might see a return on investment for booking his work. 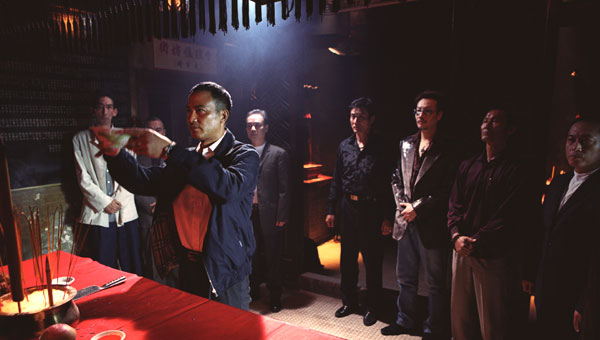 And what better way to celebrate the man’s birthday than by perusing his films? It can be tricky to track down To’s work in the United States by legal means, but happily a number of streaming services have a few of his titles on offer, and each of them displays the qualities that make To such an invigorating director. For those needing an introduction to To’s films, look no further than the two Election films, currently available on Fandor. Nominally works of mob politics in the vein of The Godfather, Election and Triad Election share Francis Ford Coppola’s predilection for using organized crime as a parallel image of national leadership, where corruption and cutthroat ambition in violent gangsters are merely the flip side of careerist ladder-climbing. Yet where Coppola’s films spool out a grandiose narrative that raises the mafia to the level of government, To takes the opposite track, putting forward a grisly, street-level work of black-comic campaigning that drags society down to the level of its underworld. The first film establishes Triad hierarchy solely through blocking and tacit displays of ritualistic supplication, entirely nonverbal shows of deference and competition that underscore the plotting of the principal characters. Its sequel broadens out just enough to show a police state that monitors these activities but does nothing to eradicate them, instead intervening only to break up the modicum of gangland democracy in favor of dynastic rule that can be more easily controlled.

The Election films provide an easy entry point into To’s work because they are the closest in spirit and aesthetic to Western movies. Perhaps a more-fitting introduction to To’s distinctive dynamics, though, can be found in the great 2004 action film Breaking News, also available on Fandor. The director wastes no time proving his chops in this film, opening with a seven-minute, single-take crane shot that roams over a city block as police move to confront criminals and a shootout ensues. Breaking News foregrounds the fundamental musicality of To’s direction by doubling the narrative as a media comment on itself, using the film camera as an extension of the TV crews and cellphone video that catch cops making mistakes or betraying cowardice and spread like wildfire faster than police PR wings can contain it. 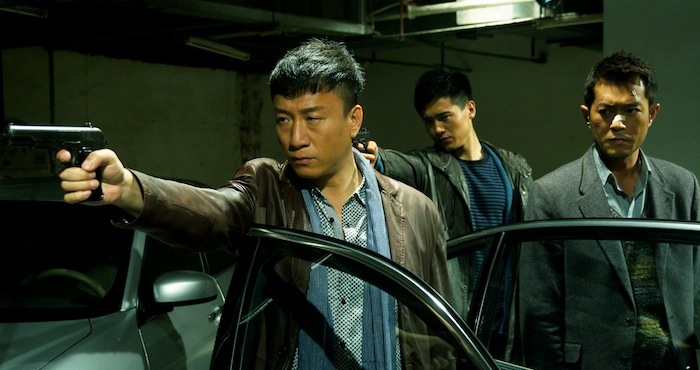 The manner in which the camera itself takes on the trappings of the film’s self-commentary is matched in Drug War, available on Netflix. Shot in bleached palettes that match the monochromatic division between police and cartel lords, Drug War nonetheless matches its mainland setting by slowly constricting To’s wide frames, finding claustrophobia in CinemaScope vistas. Drug War shows the director appealing to the more-stringent censorship of the mainland while nonetheless subverting it: Those drained colors and suffocating frames prefigure a narrative of dogged pursuit that nominally celebrates police conviction but instead reveals destructive single-mindedness in law enforcement effectively tasked with a small-scale civil war. Yet the film never makes these points ostentatiously, often masking its excoriating themes under such vivid sequences as Louis Koo’s kingpin lamenting his wife’s death to his deaf subordinates in sign language (which prompts them to burn money as a sign of respect).

The idiosyncrasy of such an idea may appeal to the reductive (if not actively racist) notion of Asian pop cinema as “weird,” but To in particular illustrates how the conscious pursuit of new images and ideas, however unreal they may be, can refresh familiar themes. If anything, this is more evident in To’s comedies than his action movies, though the former are even harder to come by in the West than his lauded Triad movies. Two of his best can be streamed, however. First, there’s 2003’s Yesterday Once More, a neo-caper-romance film in the style of Steven Soderbergh’s Ocean’s 12—a deliberately obtuse, corkscrewing narrative in which two thieving lovers use their heist games to at once confess and deflect their feelings for each other. The film is a loose riff on Ernst Lubitsch’s Trouble in Paradise, but the constant pranks and setups make this its own film. (This is also notable for being the only Andy Lau/Sammi Cheng vehicle currently available to stream in the U.S., which makes it a must-watch for the pair’s self-effacing performances and sparkling chemistry.)

Even better, though, is Don’t Go Breaking My Heart, which can be viewed on both Amazon Prime and Hulu. A love triangle set among high-rise corporate offices, the film presents perhaps the greatest display of To’s use of character blocking. Traditional two-shots allow directors to play with space using the actors as markers, but To prefers truly three-dimensional configurations of bodies. Three or more people regularly dot his frame, and rarely on the same distance plane, lending To’s images an added degree of complexity even without other elements of the frame taken into consideration. Don’t Go Breaking My Heart stretches the gulfs between characters while having them share the same space, leading to triangulated images that shrink the wide distances between each character’s glass-walled office space into a dizzying array of erotic and classist surveillance. That these setups resemble, in Ignatiy Vishnevetsky’s words, “window shopping” adds a new layer to an otherwise straightforward romantic comedy, presenting natural male competition for mates as not only a primary emotive state but the bedrock of market capitalism.

These five films represent only a small cross-section of To’s prodigious and rewarding work at his Milkyway production company, to say nothing of the fascinating growing pains of his early days. You can glimpse some of those on Hulu, with the women-led wuxia feature The Heroic Trio (1993) and one of To’s best pre-Milkyway features, the action extravaganza The Bare-Footed Kid (1993), which shows the director’s workman competence at documenting choreography before he learned to fuse his own camerawork to the performers’ movements. There are also two fine Milkyway features out there in the form of the mournful Vengeance (2009)—worth watching solely for the moonlit gunfight in a forest—and the chaotic Fulltime Killer (2001), possibly the one To film that could be called too stylish for its own good.

A few years ago, To announced he would retire at 65. Even if he sticks to that timetable, though, this year alone promises enough movies to fill the five-year plan of any other filmmaker. He’s already completed the heist movie Three and his first musical, Design for Living, and is producing one anthology film while contributing to another. His prolificacy and range would make this piece nothing more than a casual introduction even if it touched upon each of his 50+ movies to date, and if you’ve never had the pleasure of watching the director’s thematically ambitious but enormously entertaining films, there’s no time like the present.