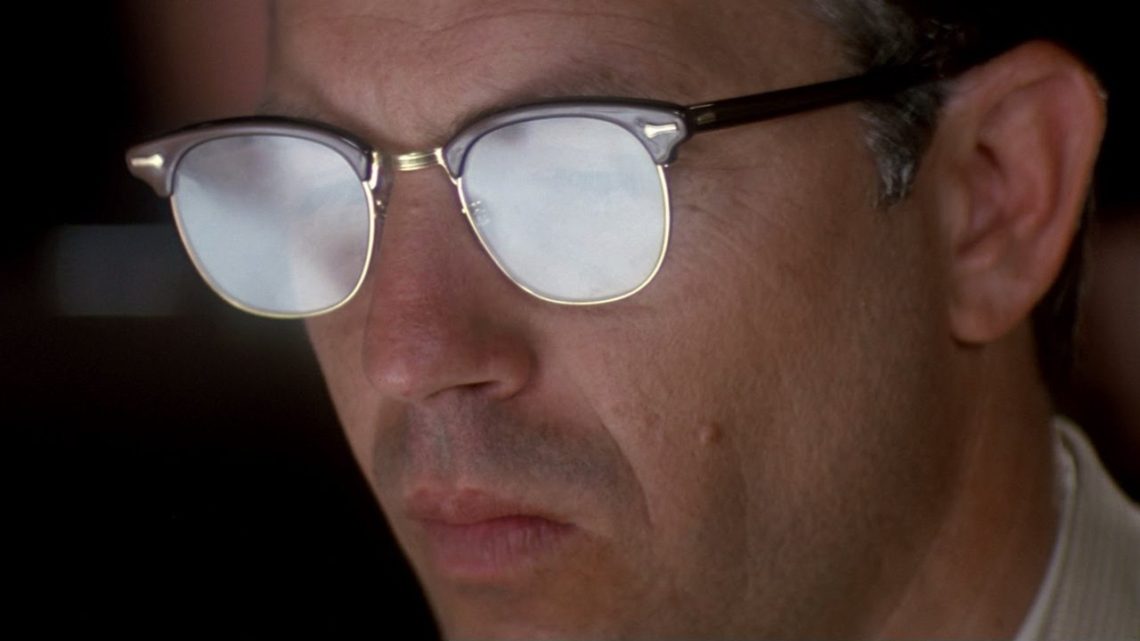 Finding Out the Damned Truth

Twenty-five years ago this week, I dragged my mom to the local multiplex to see the premiere of Oliver Stone’s JFK, which was my most anticipated film of the holiday season. She remembered the events of the assassination well: She’d been in school when President John F. Kennedy was shot and was watching two days later when Lee Harvey Oswald was shot and killed on live television while in police custody. I was only vaguely familiar with the facts of the case and the controversy around it, though I considered myself to be well-informed on current events: I started watching the news regularly during the Tiananmen Square protests in 1989 and continued through the breakup of Eastern Europe that fall, through the first Iraq War and the failed coup attempt that spelled the end of the Soviet Union right around the time JFK premiered in 1991. I watched CNN and longform network news shows like 20/20 and Primetime Live, and I read all three major news magazines: Time, Newsweek and US News & World Report. I believed everything I read. The United States and its military was a force, the force, for good in the world. Our leaders were honorable men. The media was concerned only with the truth. JFK was the first time that I recall seriously questioning those core beliefs, the first time I became aware of the role of myth in politics.

This, of course, was not a unique discovery. I imagine most everyone makes it at one time or another. We all lose our innocence and undergo a crisis of faith. Mine just happened to be sparked by an Oliver Stone movie. That it would be this film is appropriate because it is itself about such a loss of innocence. Kevin Costner’s version of New Orleans District Attorney Jim Garrison stands tall, with a devoted wife and 2.5 children, an honest all-American with a questionable accent. He is visibly shaken by the President’s murder and gets right to work doing his part to convict the killer. When his investigation is summarily shut down by the powers-that-be, he drops it, assuming they know better than him, and goes back to his routine. It’s only when reading the Warren Report, issued three years later, that Garrison decides to take action: He’s appalled by the sloppiness of the commission’s investigation and presentation (I especially love that one of his major complaints is that there’s no index). Once Garrison begins his own investigation, looking past the official version and questioning the elements that don’t seem to add up, he becomes obsessed, his now-opened mind willing to believe almost anything as long as it doesn’t fit with conventional wisdom. 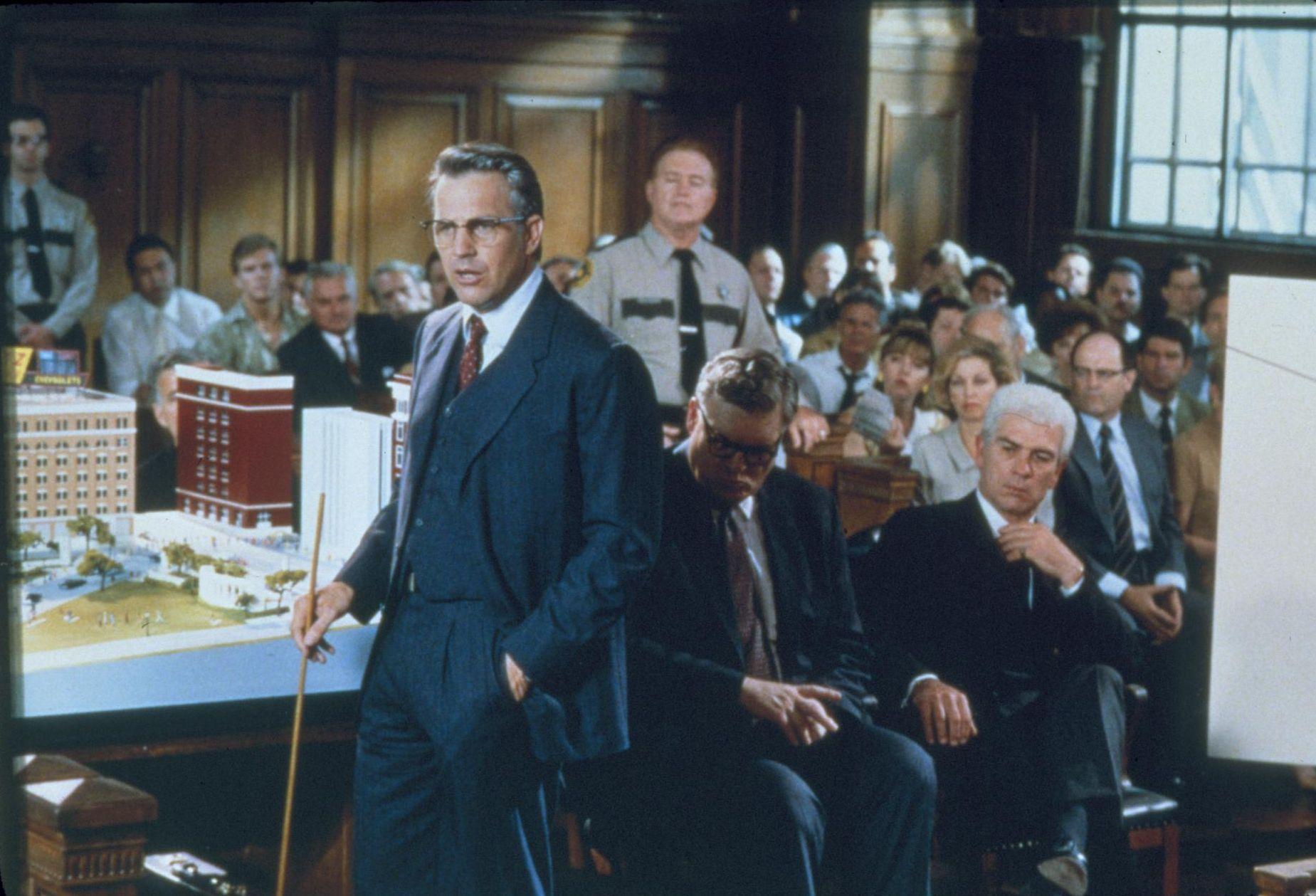 The bulk of the film follows this downward spiral, as one man begins to believe everything anyone tells him, regardless of the credibility of the source, the thinness of the evidence or the sheer crackpot nature of the theory. This reaches its apogee with a meeting in Washington with Mr. X, a man who claims to be a high-ranking covert operative who delivers an authoritative lecture on the history of an American shadow government, proposing that Kennedy was killed in a coup designed to prolong the Vietnam War for the benefit of the military-industrial complex. The now fully radicalized Garrison decides to prosecute Clay Shaw, a well-known businessman with a probable CIA connection, despite a lack of hard evidence against his involvement in the assassination. The trial allows Garrison to present, at length, his theory of the conspiracy against the President, essentially putting the Warren Commission on trial. He fails to win a conviction, but he does apparently convince the jury that Oswald did not act alone. Garrison vows to keep fighting (“let justice be done though the heavens fall”), though a closing title card informs us that no one else has yet been brought to trial in connection with Kennedy’s death.

What the trial did accomplish, though, was create a cottage industry in conspiracy theory, with various aspects of the case—the Grassy Knoll, the Lone Gunman, the Magic Bullet—becoming a part of our pop iconography. References to JFK conspiracy theory abound in films and TV shows varying from Annie Hall to Slacker, Bull Durham to The X-Files, much of it sparked by Garrison’s prosecution and the ensuing decades of commissions, reports, and weirdo theorizing that followed throughout the 1970s and ’80s. And Stone’s film is the culmination of it all: a masterful assemblage of truth, half-truth, and outright fabrication that proposes a counter-myth to the story of American history as we were taught it. Beginning with the image of Dwight Eisenhower’s Farewell Address (the “military-industrial complex” speech), a Citizen Kane-style newsreel, narrated by Martin Sheen, takes us through the events of Kennedy’s presidency, alternating pageantry and hope (the “Pax Americana” speech) with subversive actions against Cuba and the Soviet Union, building the motive for conspiracy using the recognizable tools of documentary.

With the assassination, the film shifts into the Garrison narrative, where a parade of celebrities normalize the nuts of this looking-glass world: Jack Lemmon, Walter Matthau, Ed Asner, Kevin Bacon, Joe Pesci, Tommy Lee Jones, Laurie Metcalf, Wayne Knight, Michael Rooker, John Candy, Donald Sutherland, Sally Kirkland, Brian Doyle-Murray, Vincent D’Onofrio. Stone gathers a mountain of implication, touches on most of the major theories and presents some bits of hard evidence, with Garrison’s growing estrangement from his family the only effort at humanizing the effects of conspiracy thinking through the use of the popular ’80s trope: the buzz-killing woman, the wife and/or girlfriend who exists in movies merely as a hindrance to our (male) hero’s mission, which is demonstrably much more fun and fulfilling than his domestic life. Mopey children and missed Easters haunt Garrison’s quest for the truth, leading to an all-out screaming match with his wife, to be resolved only by sad love-making on the night of Robert Kennedy’s assassination. Embodying some of the worst tendencies of the Hollywood of this era, this nonsense nonetheless serves to cloak the rest of the film in the familiar, so we might more readily digest its experimental features: rapid shifts in film stock; associative cutting across time and space, fiction and documentary, truth and speculation; and, of course, its brazenly provocative content, going so far as to accuse Lyndon Johnson of conspiring to murder his predecessor. 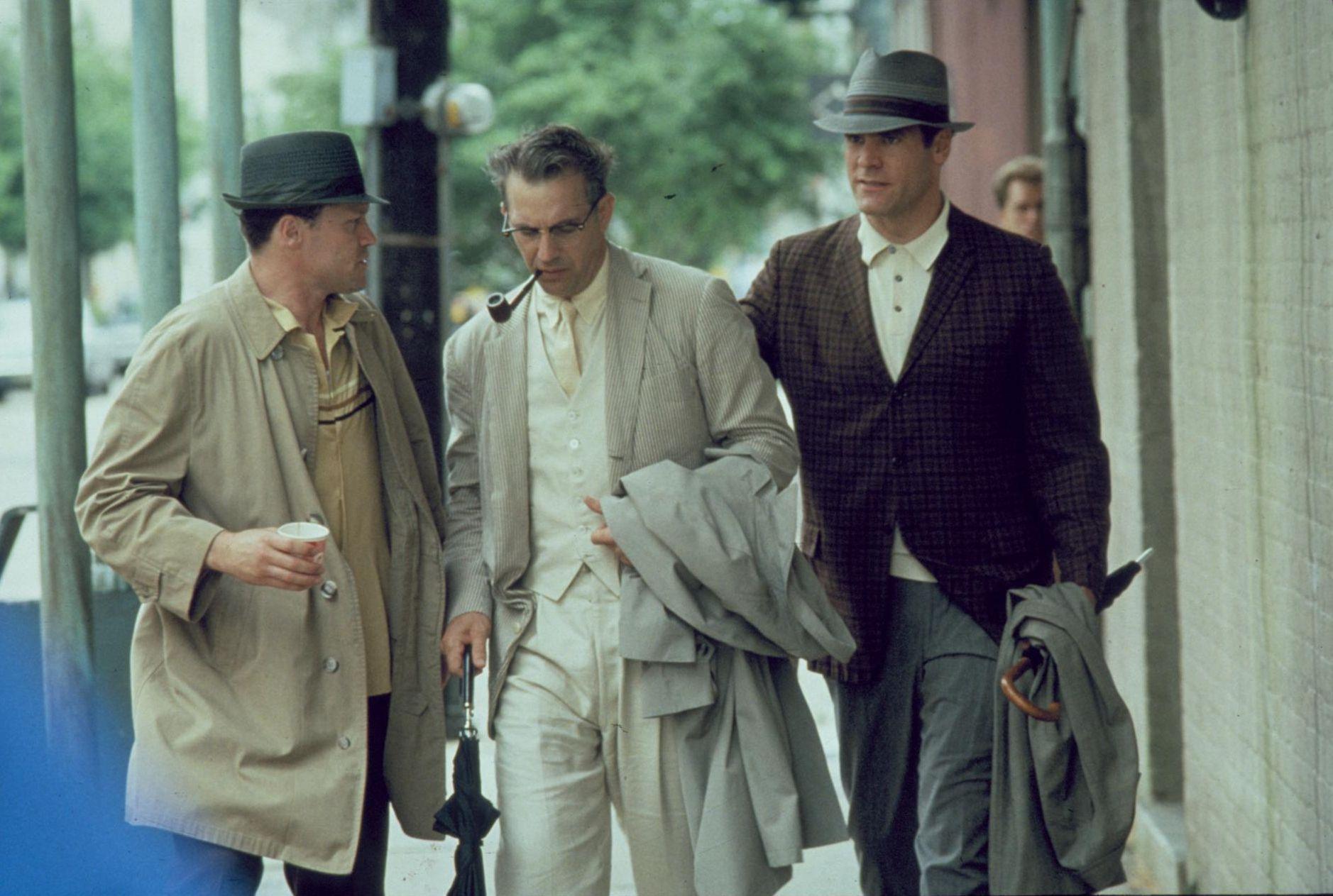 Like most sane people, I have neither the time nor the inclination to parse the Kennedy Assassination or its presentation in Stone’s film. The factuality of the movie is ultimately secondary to its effect on the audience, a phenomenon which I find increasingly disturbing the older (and presumably wiser) I get. Back in 1991, I knew that much of what was in the film was fictionalized, speculative, and one-sided, but the effectiveness of its counter-narrative shattered my trust in authority nonetheless. Like Garrison, I became willing to believe any kind of theory of history that carried a sheen of plausibility. I flirted with the literature of radical environmentalism for years and devoured the Holy Grail/Freemasonry conspiracies that Umberto Eco riffed on and Dan Brown later bastardized.

But I never actually believed any of it, because what JFK taught me, more than the fact that the official version of history is a lie, is that everything is, potentially, a lie—that I really have no way of knowing anything about the world outside of my immediate environment and experience. The problem with that, though, is that events keep happening, despite my inability to comprehend them. Stone frames his counter-myth as a quest for Truth. The assassination is marked as the moment everything changed in America, when we took a bad turn into war, strife, and fascism, with the act of Questioning Authority the only reasonable action one can take in such a world. Thus Garrison becomes an avatar for Stone’s generation, for their belief in their own righteousness. It doesn’t matter that they will literally believe anything, from the power of crystals to the magic of trickle-down economics. The point is that they live their lives in opposition to what is presented as the truth.

Garrison’s failure was as total as the Boomers’, and the wreck they’ve left us with is apparently unsolvable: the mystery-riddle-enigma turducken that is the nature of political reality in 2016, a world where, per Adam Curtis’s Hypernormalization, Authority is more powerful than ever because the fact that people will literally believe anything makes truth both impossible and irrelevant. Some people seem to find comfort in conspiracy theories, in the idea that their world is controlled by unknown geniuses, manipulating people and events for their own nefarious ends. I believe that most people are generally just trying to get by the best they can, but that no one really has any idea what they’re doing or why. What terrifies me is the fact that the worlds these beliefs describe are identical, and at present I can’t see any way out of this trap. Stone’s Garrison seems to have an inkling of this irresolvability as well: In his summation, he suggests, “someday, somewhere, someone may find out the damned Truth. We better. We better or we might just as well build ourselves another government like the Declaration of Independence says to when the old one ain’t working—just—just a little farther out West.” That doesn’t sound like such a bad idea right now. Problem is, where I’m writing from, the only thing out West is the ocean—thousands of miles of emptiness.