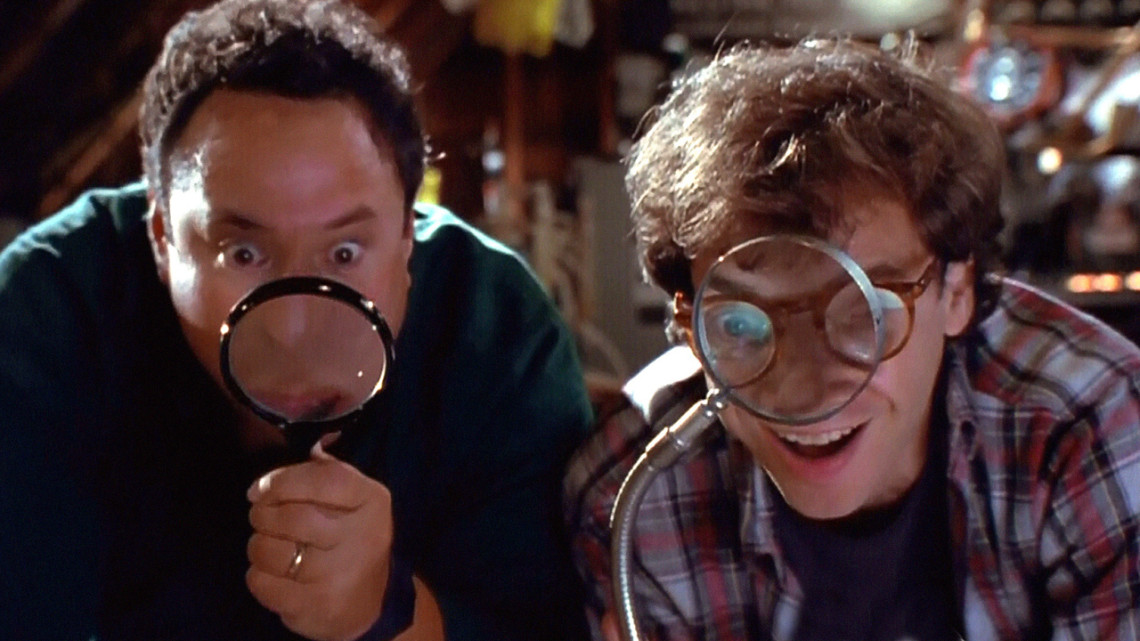 The summer’s just about over, and one of our unintentional summer mini-series is about to come to close. This week on Mousterpiece Cinema, Josh and Gabe wade into the world of direct-to-video sequels once more, but with a twist: this one’s a live-action DTV sequel. Yes, they’re closing out the Rick Moranis-led trilogy of wacky sci-fi comedies about shrinking and enlargening people, with a discussion of Honey, We Shrunk Ourselves. (Don’t you just hate it when that happens?) But seeing as the film was directed by the prolific cinematographer Dean Cundey, Josh and Gabe go on quite the tangent about his career with Steven Spielberg, Robert Zemeckis, and John Carpenter, among others. If you’ve wanted to hear a good old-fashioned argument between your hosts, then, friend, this one’s the episode for you!