In her 2006 text “Death 24x a Second: Stillness and the Moving Image,” film theorist Laura Mulvey carefully maps out the medium’s obsession with death. Celluloid degrades, film preservation provides a finite but eternal life to dead people, and home-viewing offers the deeply discomfiting ability to bend the film to your will through pause, rewind and fast-forward — all of this is to say the medium’s relationship to time is a complex one. On a cursory glance, it would seem that the top-shelf cinema of 2014 shares Mulvey’s preoccupation with the passage of time. Many of this year’s critically-acclaimed arthouse pictures, as well as a handful of big-budget studio endeavors, have cast an anxious eye towards the future while lamenting an increasingly remote past.

At the forefront of this trend stands The Grand Budapest Hotel. Somewhere between the ski chases and murder mysteries and blossoming young love, director Wes Anderson smuggles in a profoundly somber statement on the way human decency degrades over time. The film joins Gustave H. and his beloved lobby boy Zero on the eve of an international conflict suspiciously reminiscent of World War II. The fictitious nation of Zubrowka teeters on the brink of submission to an encroaching threat identified by a sinister ZZ insignia. When Gustave and Zero make contact with ZZ officers on a train midway through the film, the unshakable concierge attempts to extricate himself and his charge from the tight spot through smooth-talk, his native tongue.

But the ZZ footmen have no interest in reaching a mutual understanding. Gustave’s comically incongruous appeals to civility (“You’re the first of the death squads to whom we’ve been formally introduced. How do you do?”) fall on deaf ears, and he winds up with a torn certification card and a bloody nose. Gustave notes that the ZZ’s arrival heralds a bleak shift in Europe: a step away from the bonds of basic empathy that transcend political- and class-based boundaries. He lays plain the film’s thesis with characteristic grace late in the game: “You see, there are still faint glimmers of civilization left in this barbaric slaughterhouse that was once known as humanity. Indeed, that’s what we provide in our own modest, humble, insignificant… oh, fuck it.”

Gustave underscores the way that manners, the critical currency in the tiny planet contained within a hotel, corrode over time. But that dread extends to the formal fabric of the film as well. In Wes Anderson’s world, there’s no distinction between style and substance; style is substance. After all the murder, the ZZ troops’ gravest offense is an aesthetic one. They’re menacingly drab; everywhere they go, they form a hideous black stain on an otherwise immaculately-manicured world. Each hotel in the film’s whimsical underground network luxuriates in a vibrant, perfectly-coded color scheme, but the ZZ lay waste to the gorgeous architecture of the Grand Budapest like a plague, swallowing the beauty.

It’s here that Anderson’s clever nested structure shines. The director’s choice to begin with a girl in 1985 opening a book in which a man tells a story in which he meets a man in 1968 who then tells him a story about his youth working at the Grand Budapest in 1932 isn’t mere narrative pyrotechnics. When we see the hotel in all its prewar splendor and Anderson then cuts to the conversation between an aged Zero and Jude Law’s attentive writer in the reconstructed hotel, we become acutely aware of how the mighty have fallen. The late 60’s and early 70’s were an architectural dark age, and the bland soullessness of the hotel attests to that. No longer a bustling hub of transcontinental activity, the hotel has become a hollow shell of its former self. As the world slunk deeper into crass depravity, so too did the hotel’s grandeur decline.

Director Jim Jarmusch’s Only Lovers Left Alive set itself apart from the glut of vampire movies clogging cineplexes by considering how a vampire might function in our real world, and met with some existentially dire results. Tilda Swinton and Tom Hiddleston’s undead bloodsuckers don’t lurk in the shadows, on the hunt for nubile flesh. Centuries of bearing witness to mankind’s development have left them more like detached observers. Swinton’s Eve retired to Tangiers to erect a palisade of fine literature between herself and the rest of the world. Meanwhile, Hiddleston’s Adam has holed up in a Detroit mansion, hoping to evade the reluctant fame accompanying his career as a cult-adored indie rocker. He makes minimal contact with the outside world and has grown suicidal, beset by a cultural malaise after watching humanity regress over bygone epochs. In his estimation, Detroit is a symbol of oncoming doom, representing the purest distillation of the fate that will eventually meet the rest of Earth — decay, degradation and ruin. When he takes Eve on a nighttime driving tour of the Motor City’s gutted majesty, there’s a note of rapture in his voice, but it’s laced with a crushing sorrow. This is the truth of a vampiric lifestyle: one is doomed to watch all of existence slowly collapse. 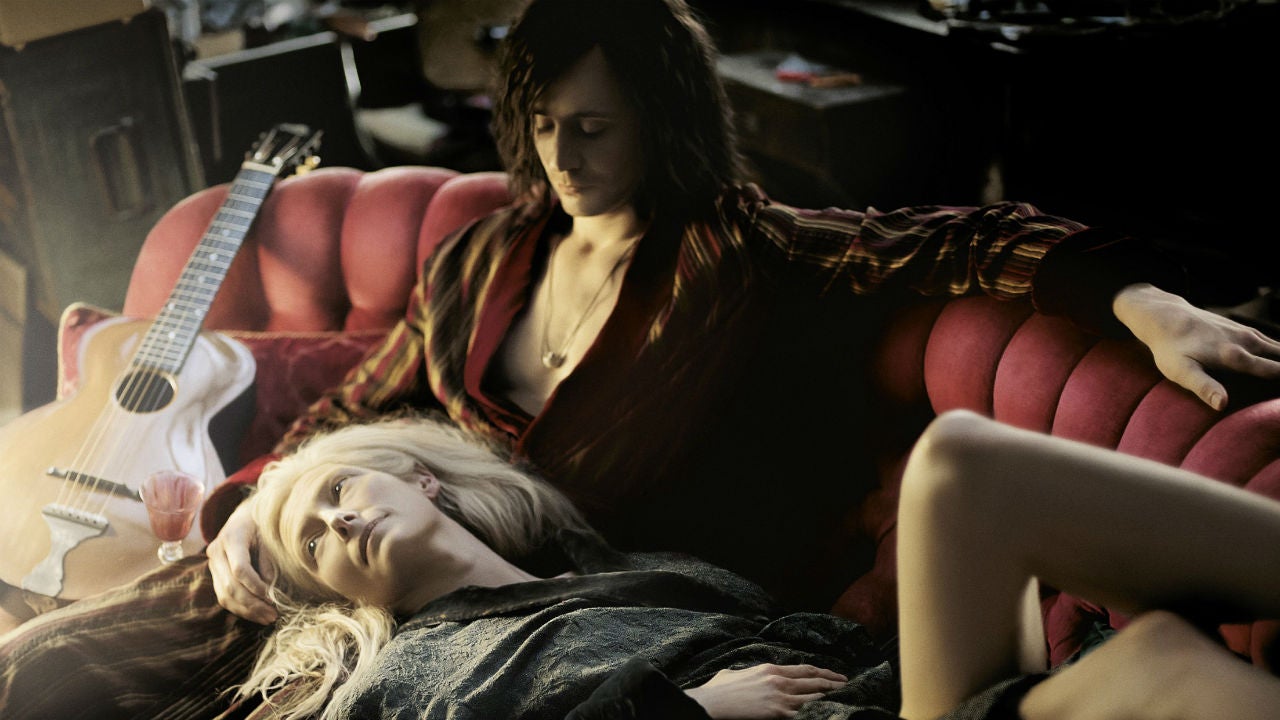 This ethos of pessimism is also found in Lars Von Trier’s deviant opus Nymphomaniac. Von Trier maps out the films through an in medias res schematic, with Charlotte Gainsbourg’s Joe as our guide through her own sordid past. A kindred scholar named Seligman (Stellan Skarsgard) patiently listens as she talks him through a lifetime of sexual debasement. From her infancy, Joe feels a gaping maw at the center of her being and embarks on a lifelong quest to fill her metaphorical holes through dangerously literal means. Entire years flit by between cuts, and Joe comes to realize that happiness and self-actualization become more slippery possibilities as she ages. Von Trier’s cruel juxtaposition of Joe’s insatiable past with a hopeless present confirms her perpetual misery. Perhaps Von Trier intended the final scene, in which Joe murders Seligman following an attempted rape, to be a statement that it’s never too late to take control of your life, regardless of how much time has gone by. But it’s difficult to imagine a kinder, loving world waiting for Joe beyond Seligman’s door.

Even higher-profile films aren’t immune to this pervasive fear, though they often approach it with a more hopeful attitude. Bong Joon-ho’s dystopian parable Snowpiercer wields its allegorical significance with a leaden hand (class disparity = bad!), but its final scene is surprisingly optimistic. After toppling the train’s dictatorial ruler, our ragtag band of revolutionaries learn the outside world, as evidenced by a solitary polar bear, can sustain life again. Time continues its inexorable march forward, but in a more optimistic direction. And both the newest X-Men and Edge of Tomorrow create scenarios in which time’s arrow can be caught and redirected. Through the wonders of time travel, heroes can drain the fearsome power from temporal passage by freely altering the present. The future’s not so scary when you can fix it on a whim.

Discerning what this thematic confluence amounts to doesn’t lend itself to clear-cut answers. We’re inclined to ascribe this through-line to societal factors, presupposing that the art reflects a larger shift in the world that produced it. The terrible global awareness accompanying the advent of the internet, an increasing obsession with youth, technological advances that cram our days full to bursting with activity — they could all contribute to a shared feeling that seconds whiz by faster than ever, leaving inconsequential human lives in the dust.

To be fair: 2014 has also seen the release of the most heroic refutation of this mode of thinking, Boyhood. It’s as if director Richard Linklater specifically crafted the film as an antidote to future-panic nail-biting. The chronicle of one boy’s coming-of-age is beatifically at peace with the passage of time. The film defiantly maintains its own shapelessness, serenely drifting from one snapshot of young Mason Jr.’s life to the next and casting a messy trek through life itself as a simple series of stuff that happens, one after the other. The film’s closing scenes confront the year’s dominant attitude head-on. As Mason boxes up his belongings in preparation for his first day at college, his mother is seized by the terrible grip of perspective. She rattles off the defining moments of her life in quick succession, concluding that the only meaningful thing left, now that her youngest has entered into adulthood, is her inevitable death. In her mind, decades fly past at a breakneck speed. Mason, unshaken, points out that in skipping right to her demise, she’s glossed over roughly 40 years.

The film’s eye-moistening final sequence sees Mason and a few new friends taking a trip to a nearby wildlife preservation and downing a few ‘shrooms apiece. While sitting atop a rock formation with a cute girl he’s just met (the very definition of paradise for a young man with his entire life ahead of him), Mason makes the sort of druggy pseudo-Zen observation that’d smack of phoniness out of context, but is nothing short of transcendent coming on the heels of his mother’s breakdown: “Life is made up of nows.” He’s right. There’s no need to think about everything at once. Tomorrow will happen tomorrow, and every second until then is now.