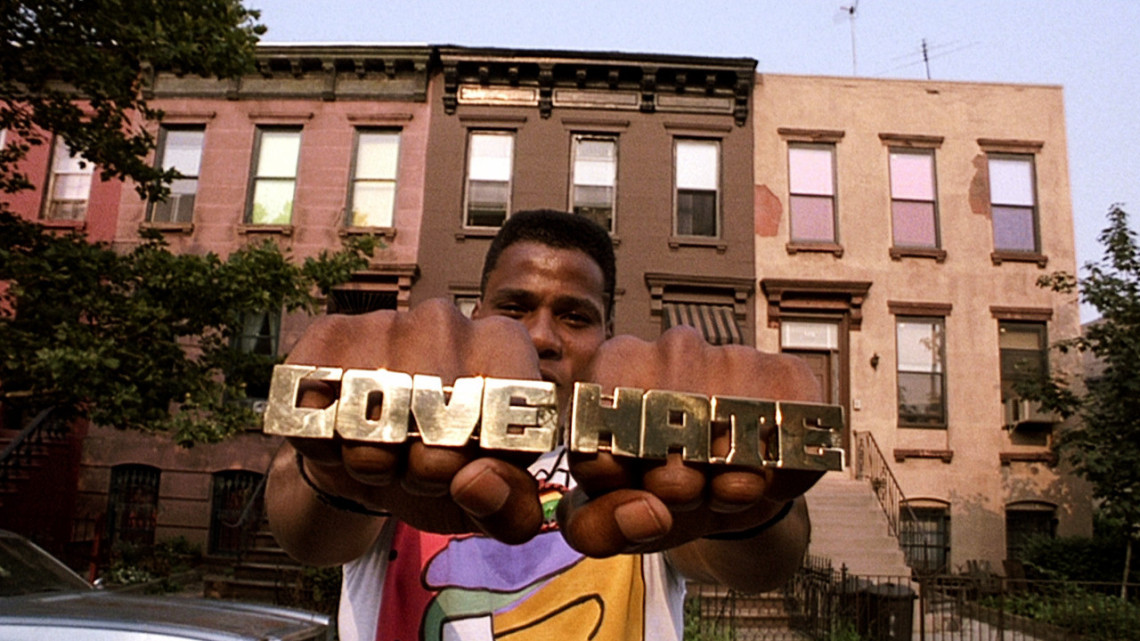 “Do The Right Thing” and the Moderate Disavowal of Rioting

Even if one might have wished for a more diverse talking head roster from Baltimore’s cultural scene in the wake of Freddie Gray’s violent death in police custody on April 12, it was no surprise when David Simon’s media dance card found itself full, given his background as a police reporter and his multi-angle dissection of the city’s racial politics in The Wire. Though Simon has since given a dense interview with the Marshall Project on the decline of what he calls “real policing” in the city, it was a blog post on the morning of April 27 that got the most attention. Writing in the wake of reports of rioting following peaceful protests, Simon urged those in the streets to “turn around” and “go home,” lest protesters “risk losing this moment for all of us in Baltimore.”

Whatever legitimate claim Simon might have to that plea as either a Baltimorean or an artist behind arguably the city’s most complex media portrayal to date, one can’t help but be struck by either the bad optics of his position, as a white moderate calling for temperance in the wake of violence against black bodies, or its familiarity. As they did after Mike Brown’s death in Ferguson, one’s thoughts inevitably turn to Spike Lee’s Do the Right Thing, which despite being just shy of 26 years, still feels fresher than any recent think piece on civil unrest in the face of institutional violence. Lee’s film, which, before the filmmaker’s cancellation, was to be the subject of a timely retrospective screening in Toronto—a city that has just hired its first black Police Chief, amidst a raging debate about the rampant police carding of black men—doesn’t just proffer a more radical call for justice than Simon’s hands-free approach, one that takes rioting as a serious form of civil disobedience. It’s also a more sobering consideration of what we are really saying when we tell people to go home from the streets that they ought to feel belong to them. 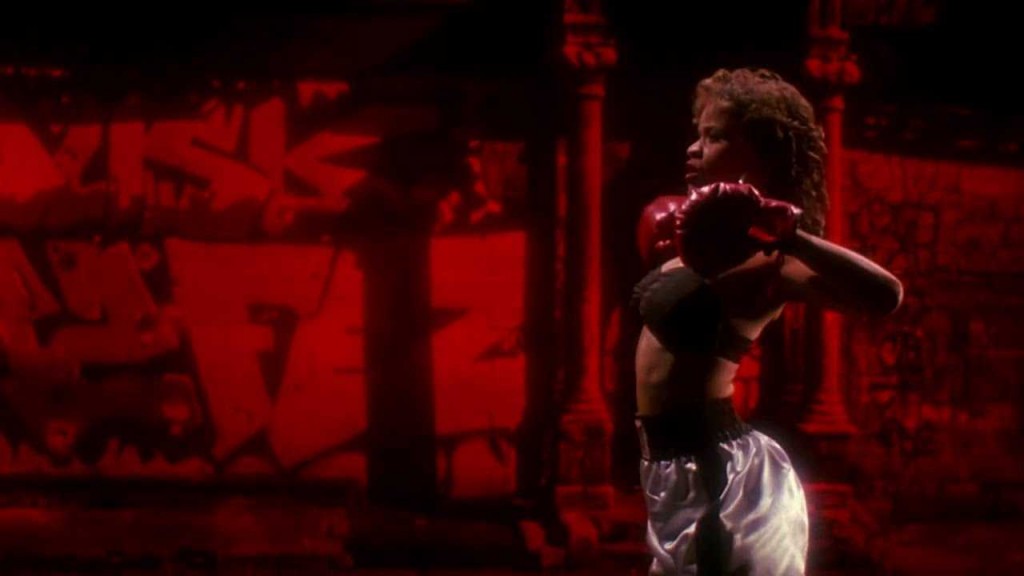 Much of the early hubbub about Lee’s film predictably focused on the climactic moments. Therein, the director’s onscreen surrogate Mookie hurls a trash can through the window of Sal’s, the Italian-American pizzeria where he works, in front of which a young black man named Radio Raheem (Bill Nunn)— who charges through the streets blasting Public Enemy’s “Fight the Power” on his boom box — has just been suffocated to death by two white police officers for assaulting Sal (Danny Aiello), inciting an ill-fated riot that predictably yields even more brutality. Critics both earnest and trolling read the scene as a referendum of sorts on the political efficacy of black violence against the sorts of rigged systems both Chuck D and Simon have made a career of needling. Roger Ebert praised Lee’s apparent ambivalence about Mookie’s choice, defending the film against readings that it was either too middle class or too militant, while New York Magazine writer Joe Klein somehow dubbed Mookie’s rather modest opening salvo “one of the stupider, more self-destructive acts of violence [he’d] ever witnessed” before openly wondering whether the film might incite riots that would only “increase racial tensions in the city.”

While the tendency to reduce Do the Right Thing to a conversation starter about the value of the riot is glib, it’s arguably invited by the text. There is, of course, that title, inspired by the question Ossie Davis’s alternately pathetic and soothsaying self-appointed Mayor implicitly asks Mookie early on. There’s also the pair of consecutive closing tags from Martin Luther King Jr. and Malcolm X on the question of whether violence is impractical or a necessary, even intelligent, response to racial injustice. What makes Lee’s film so prescient in light of the recent social movements against police brutality against black citizens in America, though, isn’t its much-praised ability to hold both of these positions in check but its comparatively unsung critique of moderates who advocate for keeping things on an even keel. Simon’s edict, it bears mentioning, is articulated nearly verbatim in the film by the Mayor, who reads the escalating temperature in the crowd in front of Sal’s after Radio Raheem is hauled away and, like Simon, appoints himself a guardian. A peace-keeping figure who wants only to secure the safety of his community, the Mayor implores his neighbors to “go home,” prefiguring any violence that might come to the shop as having “nothing to do with what the cops did.” 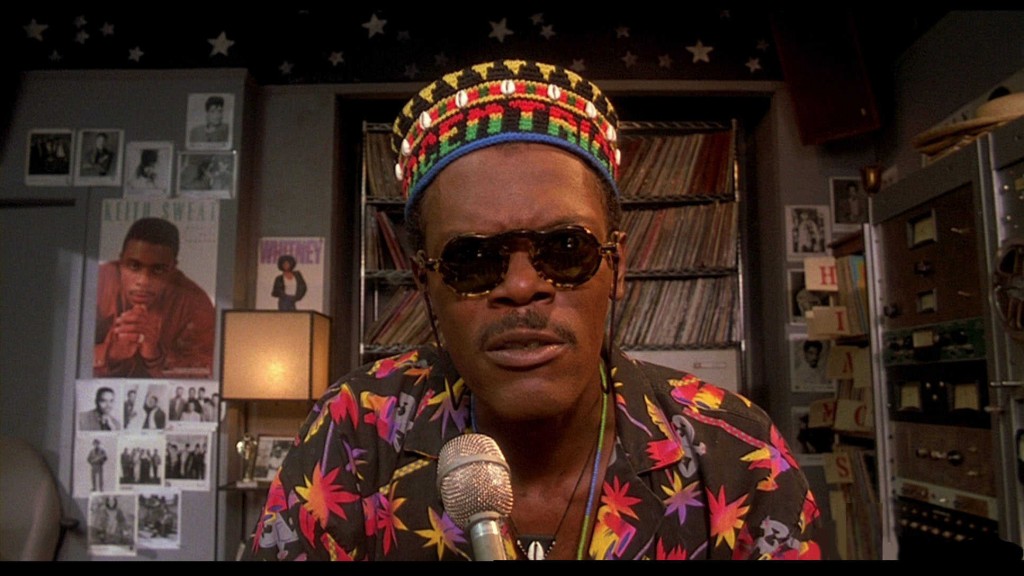 On this point, Lee’s film doesn’t waffle as much as Ebert suggests it does, pushing back against the Mayor’s well-intentioned error. It’s true enough that Lee seems uncertain about the efficacy of the community’s righteous, inarticulate protest against the shop, at least in terms of any material gain it might result in: the riot is staged in a series of distant, static shots of heretofore anonymous black residents of the block rifling the pizzeria while others are cuffed or blasted with fire hoses on the street. Yet he’s clear on how the white occupation and monetization of black spaces renders the police’s arrival at Sal’s steps, batons in hand, inevitable. Radio Raheem’s protest and the riot that ensues after his killing are both prefigured early on, when regular patron Buggin’ Out (Giancarlo Esposito) is nearly beaten to death with a bat by the otherwise placid, mostly tolerant Sal for demanding that black athletes and artists be added to the wall of fame alongside Sal’s Italian-American heroes. (There’s a neat symmetry between that moment and the climax’s capper, when another of Sal’s black regulars, Smiley, places the photo of the two civil rights titans on the wall as flames rage behind him, engulfing the portrait of Frank Sinatra.) Sal pushes back on the grounds that he has built the shop himself and can therefore decide whatever is going to hang on its walls. But Buggin’ Out has a point: Sal may own the place, but the shop couldn’t have survived, let alone thrived, in this black neighborhood without the “much money” of its patrons, who Buggin’ Out insists ought to have “some say.”

When the community riots against Sal’s shop, then, it isn’t just against the incidental centerpiece of the most recent case of NYPD police brutality — Radio Raheem’s name added to a list of the city’s black victims of police violence cited by the chorus-like group of middle-aged black men who gather in front of the shop, in a moment of magic realist reverie. It’s against a place they themselves own, bought in a transitory and ultimately unprotected sort of way by their years of patronage and their civic investment in the neighborhood. It’s surely no coincidence, then, that the moderate Mayor should find his advice — to go home before things get worse — echoed in the words of a white policeman, or that Lee gives his own character the response. “This is our home,” he answers, indirectly accounting for his earlier act of violence against a piece of property in which he turns out to have a very real stake.

If Do the Right Thing is reserved in its assessment of whether burning down a place like Sal’s as recompense for murder is worth it, then it’s unabashed in its critique of the moderate in progressive’s clothing who would send home people who already are home in the name of respectability. Against those who would entreat black citizens to disavow their stake in the neighborhoods they live and work in for the sake of a tidier protest, Lee’s film reminds us that home is wherever one’s affective and monetary investments lie.