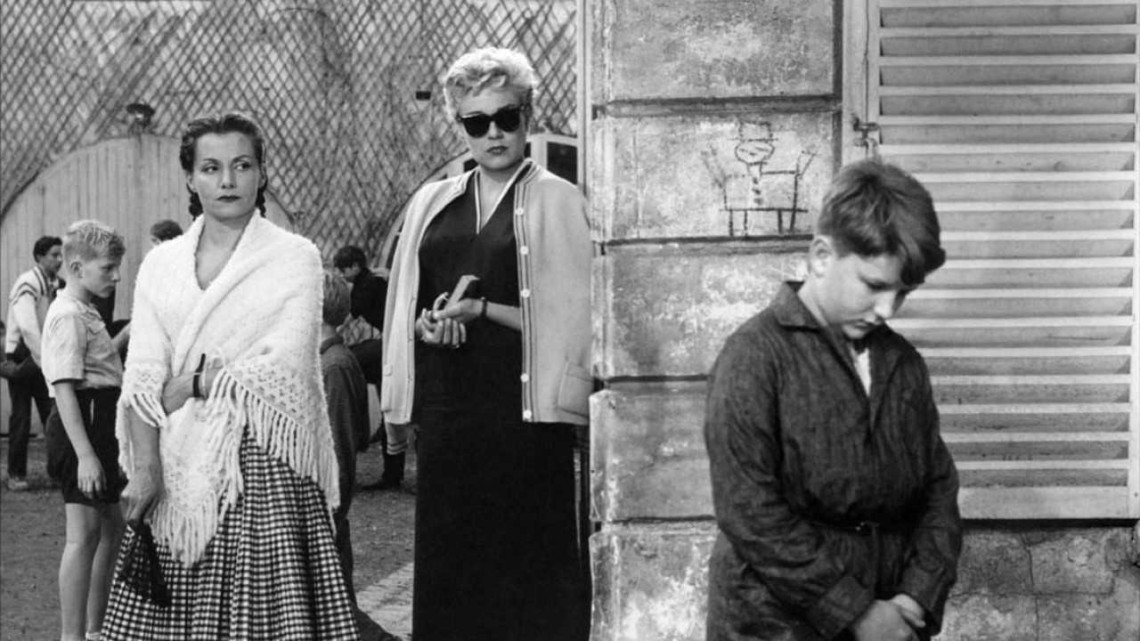 On the 60th anniversary of Henri-Georges Clouzot’s legendary Diabolique (1955), we’re reminded of what can happen when we fail to accept our fear. Poor school owner Christina (Véra Clouzot, the director’s wife) ultimately has her fear betray her. The final title card, which instructs viewers not to spoil the film for friends, reads: “Don’t be diabolic yourselves! Don’t ruin the interest your friends could take in this film. Don’t tell them what you saw. On their behalf, we thank you.” In other words, let your friends learn for themselves what happens when you let fear win.

Diabolique imaginatively portrays how Christina’s fear and paranoia end up being her downfall, through her involvement in a murder scheme involving her husband Michel (Paul Meurisse), who runs the school she owns, and his mistress Nicole (Simone Signoret), who teaches there. As Nicole devises a plan to murder Michel, Christina goes along with it and becomes an active participant by sedating him. Michel proudly flaunts Nicole as his mistress and is cruel to the staff and students of the school, so Nicole recruits Christina in a like-minded scheme to murder their abusive man. They drown him, dump his body in the swimming pool of the school to stage it as an accident, and are shocked to discover that the body never surfaces. Strange.

Christina’s fear begins to overcome her. She confesses to a detective, Alfred (Charles Vanet), but he doesn’t seem to believe her. She sees things that can’t possibly be true, including the figure of Michel in a photograph taken after his murder, and is unable to live with the uncertainty and feelings of guilt and terror. Ultimately, it is revealed that Nicole and Michel had tricked Christina from the beginning in a scheme to have Nicole take over the school. This memorable, heartbreaking twist is also cynically defeating, and the final title card places a lot of the potential enjoyment on keeping the twist a secret, but the most memorable thing about Diabolique is its exploration of fear and its accompanying coping mechanisms.

Xavier Aldana Reyes has written about the power of the horror film to let, or force, audiences to experience fear, suggesting that the honored psychoanalytic model neglects the immediacy and impact of the genre. “The power of corporeal horror resides in its capacity to affect corporeally by making the fictional body a virtuality, a potential body-in-suffering that can be consumed.” In other words, you will be affected and subsumed into the film whether you like it or not. This is essentially the universalization that we see taking place within the genre, as its visceral nature (which does not mean violence, but rather the expression of fear in all its forms) is not discriminatory. Diabolique’s powerful expression of fear is one that bluntly and bitterly states that an inability to properly endure one’s fear is equivalent to death, as in the demise of Christina, who is literally scared to death in the film’s final moments. Nicole and Michel evidently planned for her to be scared to death, as if it were a certainty. They had no fear, and they exploited Christina’s lack of preparedness to deal with hers. The parallels to be made between filmmaker and audience are apparent.

Though Diabolique’s ending seems to suggest an abiding cynicism, Clouzot was attempting to show us the important role of subjectivity and fear in what horror filmmakers can do to viewers (no wonder Hitchcock wanted to make it). To endure our fear is to become stronger, and Diabolique’s greatest legacy is the firm lesson that a failure to endure is a moral and fatal one. This is reflected in modern horror, as the lesson is repeated in The Babadook and It Follows, films intended to show the benefits (ambiguous or otherwise) of learning to live with our fear. Don’t be a Christina.