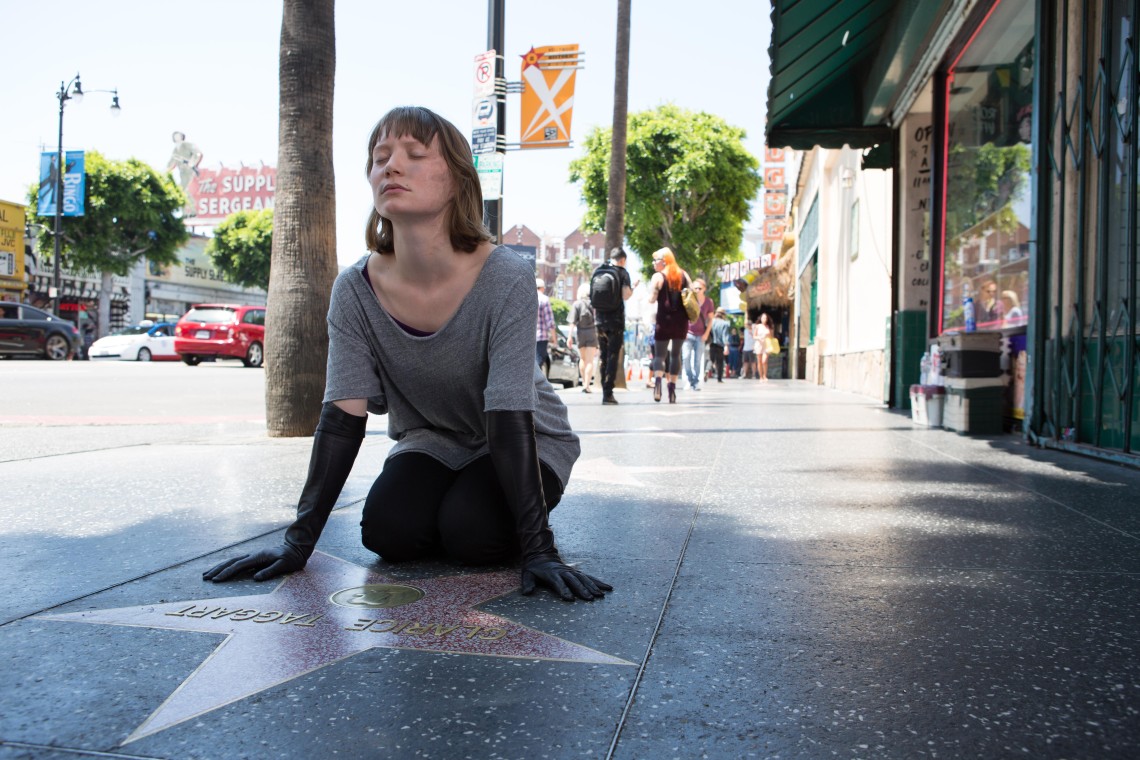 “Stored in the Thighs”: On “Maps to the Stars” and David Cronenberg’s Comedies of Physical Frailty

Depending on where you stand, the past year has either been a watershed for David Cronenberg or another measured auteurist step. In September, the Toronto-based filmmaker joined a small club of septuagenarian debut novelists, releasing Consumed, an equally pulpy and heady airport novel about a pair of tech-savvy journalists on the trail of a cannibal philosopher who just might have ingested his wife. Its formal idiosyncrasy aside, Consumed is so thick with the filmmaker’s interests—sexual perversions, bodies in disarray, altered states of consciousness—that it scans largely as a Cronenberg concordance. Maps to the Stars is similarly pitched between the familiar and the strange. A hybrid Hollywood satire and melodrama about the intergenerational reverberations of bad love between siblings, the film bears its maker’s trickster imprimatur despite its atypical geographic and generic forays—not just to the U.S. but to what, for Cronenberg, is the potentially more untrodden generic territory of black comedy.

Much has been made of how its comic texture supposedly signals a left turn from the filmmaker’s usual directions, but you could make the case that Cronenberg has always thrived on satirically ribbing human frailties. The temptation to read the film’s bitter zingers about needy stars as something new is perhaps unsurprising, though, given that change has been a persistent motif in the filmmaker’s reception since his turn from the body horror for which he first came to prominence to psychological dramas like Crash and Spider in the 1990s. TIFF Cinematheque’s recent exhibition Evolution, for example, posited transformation as not just the filmmaker’s thematic keystone but the dominant feature of his style. 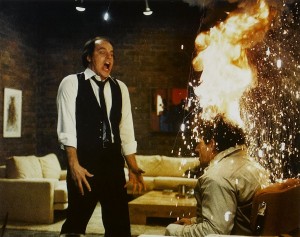 Appealing as it might be as a way of tracing a line from the corporeal horrors of Scanners to the more placid crime drama of Eastern Promises, evolution is a nebulous characteristic to stake an auteurist reading on, and Cronenberg himself—ever among the most lucid filmmakers to speak about their own work—has pushed back against the suggestion that he has been anything but consistent. Speaking to Bilge Ebiri about the comic departures of both Consumed and Maps to the Stars, Cronenberg insisted, as he did when faced with a similar question at Cannes, that he’s only made comedies this whole time—though perhaps not in the traditional sense. There is, he explained, “[a] humorous aspect to the human condition,” and his films have long been faithful observers of it.

Cronenberg is arguably minimizing the tonal gravity of his films, but he’s fair to call attention to their puckish strain. Even in a tony period piece like A Dangerous Method, one is struck by the director’s affinity for characters who betray themselves in their irrational desires and outlandish social improprieties, in spite of their serious fronts. Though critics tended to read the film more as a tidy adaptation of Christopher Hampton’s play than as a proper auteurist exercise, Cronenberg’s signature declares itself in the film’s comic observance of mannered physicians who spin wildly out of control—in its fascination, for instance, with the contradiction between the tightly clenched WASP bearing of Michael Fassbender’s Jung and the unsavoury and unethical sexual appetites for patients that lie just beneath. (Witness the mix of bemusement and faint horror with which Viggo Mortensen’s Freud takes in his colleague’s descent into mysticism as the younger man entreats him to notice the portentous flickering of a lamp.) Where fawning depictions of scientists usually rely on a faith in human progress, then, Cronenberg’s portraits have always been more interested in the pathetic distance between forward thinkers’ radical ideas and their all too human failings.

As evidenced by Jung’s frustration at his own sexual compulsions and poor taste, the recurring punchline to Cronenberg’s nontraditional comedies may well be that the limits of human progress are always demarcated by our vulnerable, obstinate bodies. Despite its operatic tone, The Fly may well register most strongly as a bleak comedy about the strangeness of aging into an unfamiliar body, growing foreboding new hairs in the process. In the course of his rapid degeneration into the titular creature, Jeff Goldblum’s timid scientist Brundle becomes a self-deprecating stand-up comic, storing his discarded body parts in a medicine cabinet he deems the “Brundle Museum of Natural History” and quipping that his estranged partner Veronica (Geena Davis) has “missed some good moments.” Cronenberg doesn’t exactly minimize the grotesqueness of that transformation, revealed in all its prosthetic-aided glory in the climactic moments that tip the generic balance into horror. But his focus here, as elsewhere, is on the absurdity of recognizing that the image one advances in the world doesn’t always synchronize with the more punishing realities of one’s body. 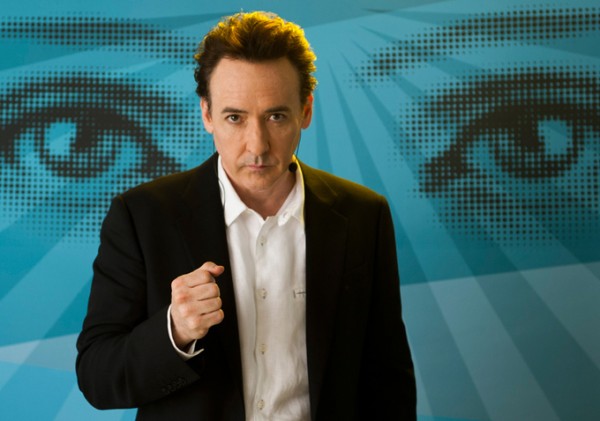 By this token, Maps to the Stars is not the director’s first proper digression into comedy so much as his least sympathetic satire of people whose self-regard is compromised by their physical frailties. “Everything’s stored in the thighs,” John Cusack’s New Age masseuse Stafford tells his client, Julianne Moore’s washed-up Hollywood star Havana, early in the film. He’s referring in a roundabout way to the psychic pain she still feels over her sexual abuse at her mother’s hands as a child. But he’s also articulating the film’s grim thesis: that our bodies are awkward palimpsests, always overwritten by the past in ways that keep us from self-determination. For all Havana’s efforts to seize the reins of her career and clear the trauma out of the storehouse of her thighs, so to speak, by playing her mother’s old role in a remake of her star-making film, she’s up against both male producers’ and young starlets’ shared dismissal of her as a menopausal hysteric, her struggle pitched as a comically woeful floundering in the maw of Hollywood’s meat grinder.

Indeed, despite Moore’s funny and gamely self-effacing performance as a valley girl who aged but never grew up, Cronenberg seems equally committed to holding Havana’s aspirations in check. Like Brundle, she is reduced to her basest self, though more embarrassingly: where Brundle’s shame is localized to the medicine cabinet, Havana’s is relegated to the even more undignified space of the toilet, where she liquidates in front of her ghostly young new assistant Agatha (Mia Wasikowska), a dead ringer for her dead mother, sharing her burn scars. It’s all too fitting that when Havana launches her own abusive tirade against Agatha, channeling mommy dearest just as she’s on the verge of playing her, it’s the younger woman’s poorly regulated body that she targets, chewing her out for menstruating on her designer couch.

If Maps to the Stars marks a distinct phase in an artist’s evolution, then, the critical difference might lie in in the way Cronenberg shoves characters he might once have empathized with into a more unforgiving light, casting their futile struggles against their bodies into sharp comic relief. Though screenwriter Bruce Wagner has denied that the film is a satire, characterizing it as a “ghost play” about Hollywood phantoms, it’s hard not to read the film’s portrayal of Los Angeles as a wasteland of monstrous child stars and B-list actors lingering past their best-by dates as a screed against the business. What Cronenberg brings to the table isn’t just his well-cultivated wryness but a darker version of his favorite narrative keyed to Wagner’s age-old story of Hollywood as a place to either remake yourself or fall apart.