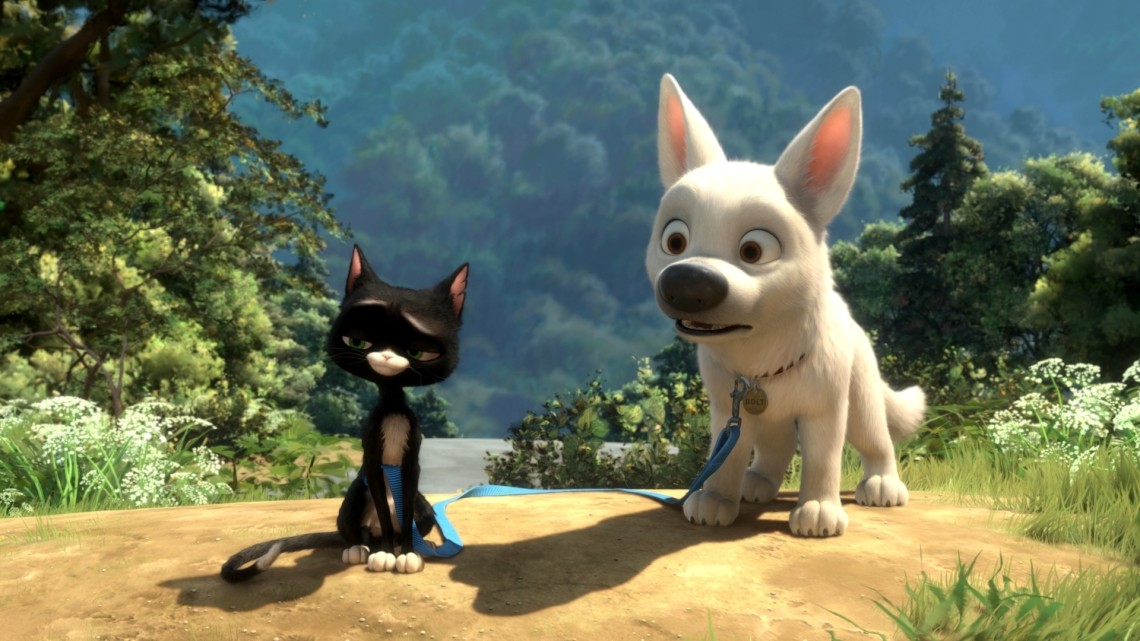 Josh and Gabe are joined by Tasha Robinson to talk about Disney's "Bolt."

How much do you loathe the evil Dr. Calico? Are you a friend of canines, or are you a deceptive feline-like minion? It’s these questions that are up for debate in the new episode of Mousterpiece Cinema, as Josh and Gabe talk about the 2008 animated film Bolt, starring John Travolta and a pre-close-cropped/Woody-Allen-ingenue Miley Cyrus, about a superheroic dog and his person. Except, of course, the lead character of Bolt doesn’t realize that he’s actually an actor playing a superheroic dog, which makes things pretty crazy when he’s let loose on the real world. Josh and Gabe are joined by past guest Tasha Robinson of The Verge to talk about all things Bolt, from its rocky production to its voice cast to its rabid loathing of cats. Plus, a tease of next week’s all-Boston-accented episode! Get excited, and get listening!