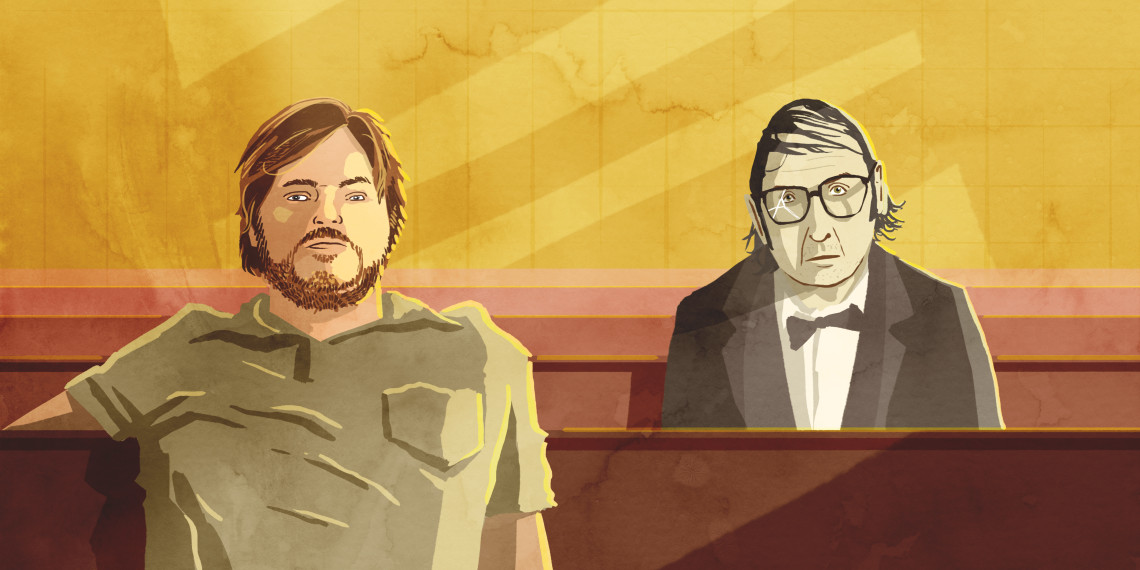 No One’s Laughing At All: On Anti-Comedy

Andy Kaufman once curled up in a sleeping bag and fell asleep in the middle of a set. He made history when he arranged to have all of Carnegie Hall chauffeured out for milk and cookies after one of his shows, and he redefined bit comedy when he got onstage and read pages from The Great Gatsby until he had cleared the room. Before he was even 30, Kaufman had started a movement, laying the groundwork for a subgenre that would be dubbed “anti-comedy.”

Anti-comedy can be loosely defined as deliberately unfunny comedy. It lampoons traditional sitcoms, joke-peddlers, and the after-school specials of late-night TV by satirizing the comfortable and flouting the expected. For some, it’s a call to action, a coup d’état against the conventional, because gunning for easy laughs is a low form of high art and cheapens the entire transaction. Often obscene and always absurd, the style relies on tenacious performance art and a commitment to character so genuine that sometimes, a silenced crowd—or better still, a furious one—becomes part of the punch line.

Though his work hasn’t attained Kaufman’s level of influence, Norm MacDonald is another name associated with anti-comedy. Like Kaufman, he is a Saturday Night Live alum who got kicked off the show; his lackadaisical, off-kilter flow and penchant for long, winding setups with hokey punch lines earned him grief and glory throughout his career. With MacDonald, separating the silly from the sincere is often impossible: “I always told everybody, the perfect joke would be where the setup and the punch line were identical,” he told The New York Times.

But the term is polarizing, as are those who, voluntarily or otherwise, subscribe to it. MacDonald himself took a firm position against anti-comics and anyone who pinned him as one last year on Twitter:

I was never sure what it meant, the word does not exist in the OED, so today I looked to see if it was on Wikipedia. I’m not an anti-comic and I’m not a meta-comic. And I despise anyone who is. Because these people are not comics, and they ridicule comics and do not like comics and satirize and parody comics. I am a comic and these are my enemies.

He also attempts to save Kaufman posthumously from the label:

A small irony is that Kaufman didn’t consider himself a comic, either. “I have never told a joke,” he told Rolling Stone’s Dave Riedel back in 1981; “I don’t even watch comedians nowadays.” And because he (probably) died in 1984, he isn’t available for comment. But whether Kaufman’s techniques condemned or celebrated the comedy landscape, he clearly wasn’t worried about audience approval, not to mention job security. Maybe MacDonald’s issue has less to do with the word itself and more with how such different roads—those of his “enemies” and those of his or Kaufman’s—have converged. 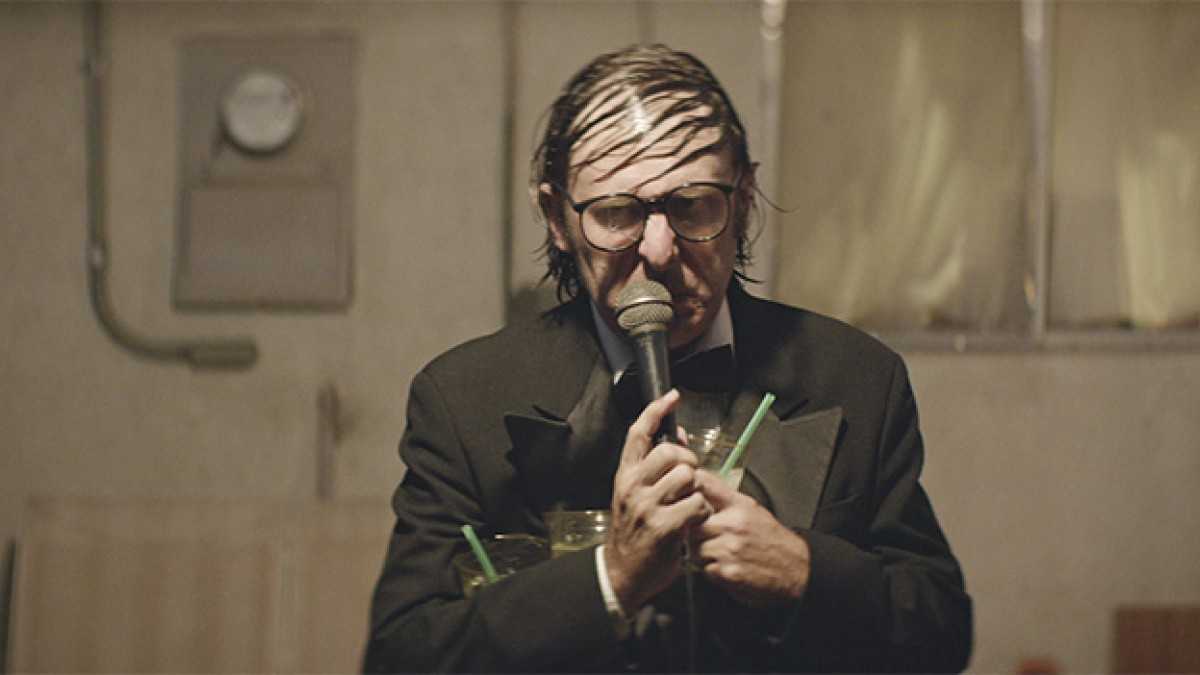 Tim Heidecker, a fan of Kaufman’s, is probably today’s busiest anti-humorist. He met compatriot Eric Wareheim in film school in 2004 and the two have been at it ever since, cultivating a brand of no-holds-barred comedy anarchy through a litany of web series, podcasts, TV shows, short films, and features. The guys behind the “Tim and Eric Awesome Show, Great Job!” franchise founded Abso Lutely Productions in 2007 and continue to build their subversive empire of dirt with shows like “The Eric Andre Show” and John C. Reilly’s “Brule’s Rules,” a spinoff of “Tim and Eric.”

During an interview with Heidecker in 2012, when Jordyn Taylor of Backstage asked him how he developed his brand of anti-comedy, Heidecker responded:

My friend Doug Lussenhop, he used to run kind of a comedy night at this little dive bar … But there used to be just one or two people every night that would come up and do their same act, and it was just never good … They weren’t funny, and they seemed to be using it as a stepping-stone. It wasn’t coming from a genuine place. So I started doing it … as a response to that, and it became a fun character to do.

His answer gets at the foundation of their distinct approach. It’s reactionary—rooted in a desire to expose the ills of not just comedy, but entertainment and today’s entertainment culture at large, whereas Kaufman and MacDonald actively tried to push the boundaries of their art. Heidecker and co. condemn creative corruption in the industry and put cultural mediocrity to shame by parodying institutions to death, ramping up stereotypes to the point of surreal absurdity, and blasting them into the sun. They’re a bit like Banksy: crusaders in a holy war.

Twenty years ago, Turkington, who stars in Entertainment alongside Reilly, introduced the world to his alter ego Neil Hamburger, another staple in the anti-humor universe. Hamburger is a snail of a man; a grain of salt could shrivel him up. Likened to Kaufman’s Tony Clifton for his abrasive onstage persona, he’s the product of a has-been career and a life that never was, the quintessential washed-up stand-up.

He and Heidecker have been working together for years. In addition to their film collaborations, Turkington and Heidecker host “On Cinema at the Cinema,” which started as a podcast before it was picked up by Adult Swim as a web series. True to the Abso Lutely brand with low production quality, deadpan line deliveries, and 500 more laps of already tired clichés, it’s a satire on film criticism. On paper, they discuss new releases and timeless classics in a theater setting à la “Siskel & Ebert.” In practice, they hold a collective middle finger to the camera—tripping over the pronunciation of James Gandolfini, and arguing that Escape from Planet Earth would be better as a live-action film because Brendan Fraser is less attractive as a cartoon. They rate each movie on a scale of one to five bags of popcorn—a meaningless rubric, as all movies get five bags of popcorn. They often don’t talk about movies at all. It’s an exercise in futility—and it’s hilarious.

“On Cinema” also began as a protest. They were joking about podcasts, as the medium had recently picked up steam, and how thirsty Internet personalities, fledgling comics, and talk-show hosts all seemed to have one, despite not having much to say—just another avenue to pine for validation and more followers.

The idea originated in 2011 while they shot the arthouse meta-comedy The Comedy, Alverson’s first project with Heidecker and Team Abso Lutely, wherein Heidecker, alongside Wareheim and Turkington, stars as a 30-something male fetus living in Williamsburg off money he was born into. His days are spent careening through taxicabs and cans of PBR, finding short-lived victories in the duress he affects on others, living one five-minute plan to the next with the sentience of an intoxicated manatee. He’s lost, and worse, he doesn’t have a clue.

The raison d’être is clear: This indictment of a generation of entitled Urban Outfitted terrorists, who will stay 18 forever and rage through the streets of hipster ground zero if it’s the last thing they do, is illustrated in the film’s opening sequence by a glorious slo-mo circle-jerk of naked dudes flopping into each other like sumo wrestlers in the Special Olympics, pouring beer down their chests and up their butts with reckless, celebratory abandon.

Reception of The Comedy was mixed. If you Get It, you like it. If you Don’t, you don’t. Such is anti-comedy. Fittingly, when Alverson was asked how Entertainment came about, he answered, “A mutual disdain for the same things.” But one of many reasons Entertainment treads new waters is it’s not just for those who “get the ungettable,” to use MacDonald’s words. Turkington’s Neil Hamburger has been made the subject of a black-as-day psychological apocalypse, and everything they want you to know and fear is out in front. No matter how many hours of inside baseball you’ve clocked, what you see is what you, well, you know. 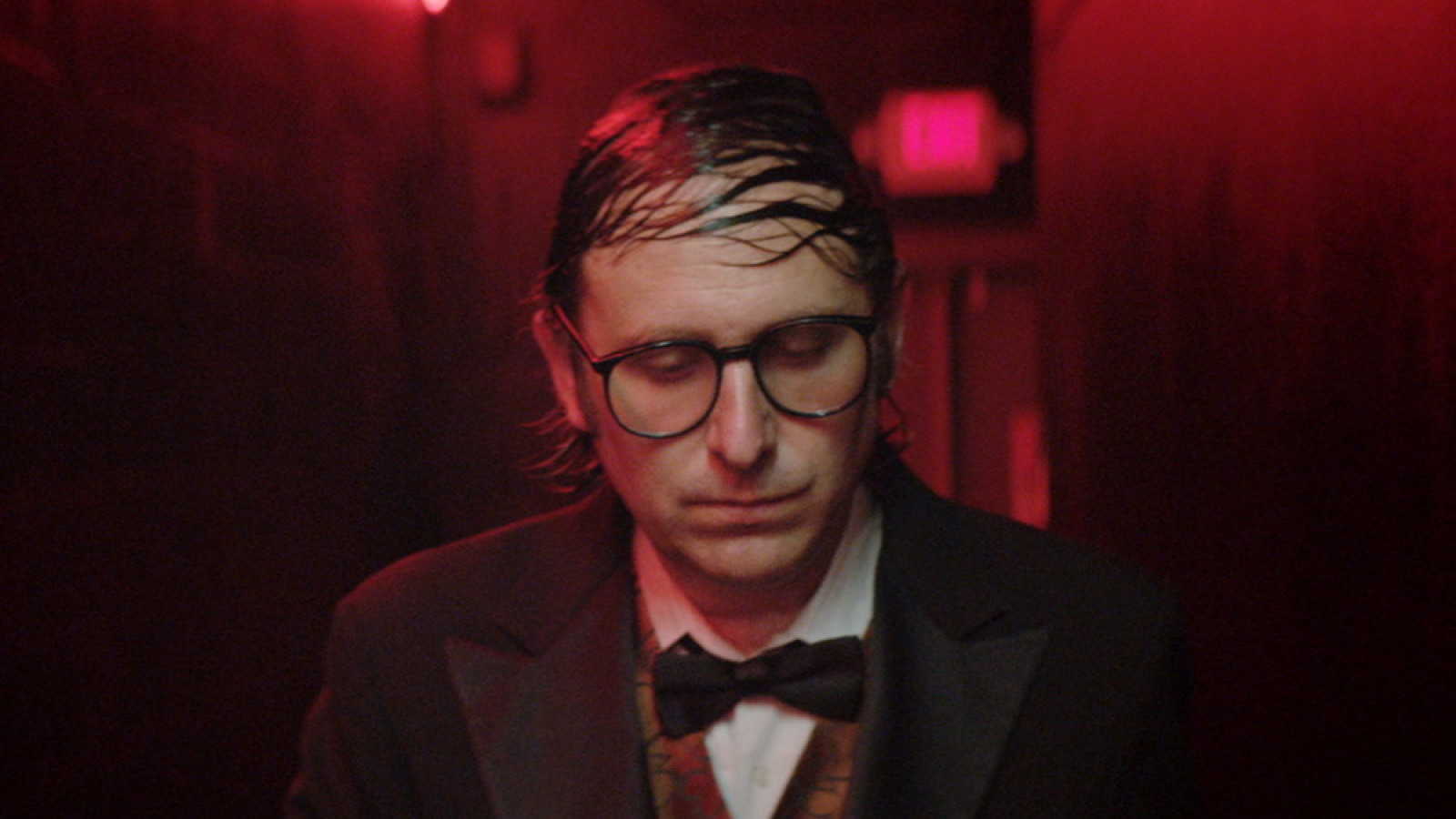 Entertainment centers around an unnamed comedian (Turkington)—basically Neil Hamburger, for those familiar with Turkington’s act going in—as he tours across the Mojave Desert. Dive bars, dungy motels and vast desert plains provide the backdrop for this American dystopian nightmare. Night after night, he burns the midnight oil by gassing up on firewater and ferociously bombing onstage amid his own Operation Desert Storm, squawking obnoxiously corny one-liners and triple-fisting vodka sodas, heckling the audience and hocking up phlegm straight into the mike. After seeking refuge in his motel room from the realities of chasing a dream he doesn’t want anymore, he makes unanswered attempts to reach his estranged daughter.

Like its predecessor, Entertainment’s intention is clear out the gate: The title sequence culminates in the mess hall of a correctional facility as a young fedora-topped clown (Tye Sheridan), our comedian’s opening act, does the chicken dance on top of a table for the inmates. They spur him along with their claps, his vacuous look of satisfaction painted on thicker than his face makeup as the title fades in next to his smug mug. (All he’s missing is a handle of cheap rum and a lampshade.) He’s headed for a life Hamburger/The Comedian will never know. Entertainment damns not just the journey, but the destination.

A hollow man doomed to circle the perimeter of a potentially worse fate is thematically similar to chapters of Dante’s Inferno. Before entering the Gates of Hell, Dante describes an outer region he calls “Ante-Inferno” that houses the “neutral” souls who could not commit to good or evil, and thus have been denied entry by both heaven and hell. They will spend all of eternity chasing after a blank banner and getting stung by wasps. Not the most dramatic punishment shelled out by eternal damnation, but there’s something to be said for the evil of banality. The Comedian slogs through the film like he’s in the 11th hour of a stale LSD trip, surrendering to exhaustion and misery as his encounters become more depraved. Lorenzo Hagerman’s alarmist color compositions and Robert Donne’s haunting score—think Under the Skin in 110-degree heat—packages this bleak journey in a dark and dream-like Lynchian surrealism.

For those who haven’t brushed up on their Medieval literature in a while, Dante’s Inferno is the first of his three-part epic poem called The Divine Comedy. But The Divine Comedy wasn’t the original title of the work; originally, it was simply Comedy. In its bid to elevate anti-humor to cosmic heights, Entertainment suggests a new sub-subgenre: ante-comedy.