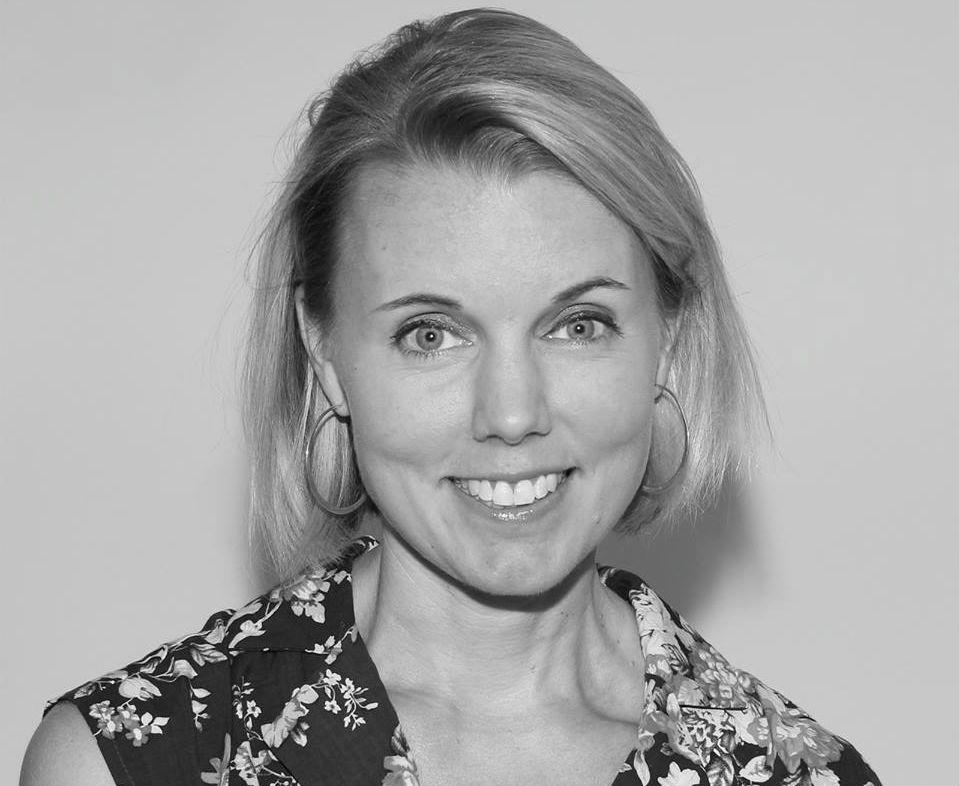 Anne Helen Petersen On the Scandals of Classic Hollywood

For as long as the movie industry has been around, we’ve been obsessed with the real people behind the characters that we watch on screen — their personal lives, their relationships, their everyday activities. In recent decades, this has reached a fever pitch, with trashy gossip magazines, TMZ, and Perez Hilton, but during the classic era of Hollywood, people were just as hungry. In her new book Scandals of Classic Hollywood, BuzzFeed writer Anne Helen Petersen decided to look more deeply (after a run of articles on the topic for The Hairpin) at some of that period’s biggest scandals, in order to study how these scandals unfolded and how that can help us better understand that time.

There have always been certain expectations on our movie stars, and certain ways in which the media and the public disseminated their images and their personal actions. By exploring the evolving nitty-gritty of the gossip industry in classic Hollywood from an advantageously modern perspective, Petersen’s aim was to combine the academic with the informal to examine the way we engage with celeb culture, and what makes it so endlessly fascinating. She was generous enough to share some insight with me into her process, what she found out, and Jennifer Lawrence’s nudes.

Movie Mezzanine: First off, how did the book come about, following your scandal articles for The Hairpin?

Anne Helen Petersen: When I first started writing the Scandals columns, I was just so happy to be writing about things that I had spent SO MUCH TIME thinking about for a general audience — and one that seemed to LOVE learning about the intricacies of these 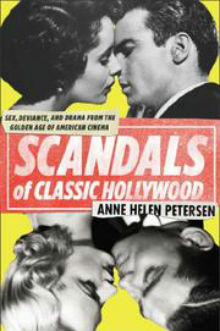 stars’ images. I was blown away when I first started getting emails from agents, and from there, I talked with a bunch to find one who really understood what I wanted to do with the project, and the hybrid academic/popular voice I wanted to bring. (Her name is Allison Hunter and she is GREAT). We talked about all sorts of book ideas, but the Scandals one seemed to be the one resonating with editors, and I came up with a proposal that would include 95% new content. Some of the stars would be the same (Montgomery Clift, Clara Bow) but the stories I was telling would be so much more in-depth and nuanced than the shorter ones I had written for the site.

What exactly do you mean by describing the book as an academic/popular hybrid?

I’m taking all of the privileges of my education and years of teaching and scholarship and melding them with a voice and language that people without that education and scholarship, but with a hankering to understand, can understand. I researched my book the same way that I would’ve researched an academic article, sifting through piles and piles of magazines, newspaper columns, and other forms of discourse to reconstruct just how these images were produced and received, and then I applied the theories that I learned and taught to try and figure out why they were produced and received the way they were. Stars are such a commonplace and accessible form of culture; why should we limit a sophisticated analysis of them to those with PhDs or expensive access to academic journals?

What made you want to write a book on this, or more to the point, how did your interest in celebrity culture get started?

I think I’ve honestly always been interested in celebrity in some capacity — when I was young, my favorite thing was to stare at the People Magazine covers at the supermarket. I was also obsessed with Entertainment Weekly (which you can read more about here), which should’ve keyed my parents/me into the fact that someday I would go into the mechanics of Hollywood. I was a film major in college, but had no idea that I should focus on stars until the first class of my Master’s Program, “Female Stardom,” in which I was introduced to the work of Richard Dyer (my scholarly boyfriend), who was the first to really articulate how stardom functioned ideologically, how a star image could embody so much of the anxieties/values/etc of a society in a particular time. That was just intellectually seismic for me, and I haven’t turned back since.

I think the assumption is that in the classic era, we didn’t know very much about stars’ personal lives, so we judged them based on their characters and reveled in the mystery of their real selves. Was that really the case?

Oh no. We might not have known much about the classic stars’ actual lives, but the fan magazines and gossip columns were replete with details of their “real” lives. But the same is true today: we don’t actually know much about the stars’ actual lives, even if we’re under the illusion that we do, thanks to social media, paparazzi, whatever. Fifty years from now, I can guarantee that there will be revelations and we’ll all feel like, “I had NO IDEA.”

Why is it worthwhile or valuable to look back at celebrity and movie star scandals of Classic Hollywood in the middle of our current over-saturated celeb climate?

One of the earliest posts on my now-dormant blog, Celebrity Gossip, Academic Style, was entitled “Everything Old is New, Everything New is Old.” I basically argued that all the things that we think of as new in celebrity culture — from “Stars: They’re Just Like Us!” to the fascination with babies, is in some way a recycling of tendencies that have typified celebrity culture for the last 100 years, if not more. What I find myself doing a lot is laboring to add that context to any sort of thinkpiece on the novelty of some situation. Even something like celebrity use of social media has precedent in that stars and celebrities have constantly generated new avenues for making their fans think that they’re getting a “direct” conduit to the real self … this one is just digital.

And the scandals really don’t differ that much — an event is never de facto scandalous; it’s all about how that event functions within both the status quo and/or our understanding of a star and his/her meaning. Take Jennifer Lawrence’s nude selfies: those function quite well within her Cool Girl image, which is something I wrote about this weekend. But what if the same photos had emerged, only of Kate Middleton? They’d compromise both our understanding of her, what a “royal” should be, etc. etc. I’m not saying they should, but they would challenge the overarching understanding. That’s the scandal, and that’s how scandalous events have always functioned, whether it’s Ingrid Bergman’s extramarital affair or Fatty Arbuckle’s drunken escapades. 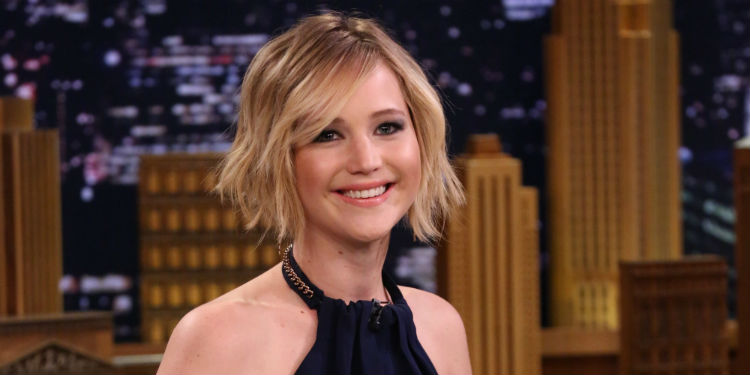 No trajectory, per se, but I do see a pattern, which is basically a period of “rupture” in the way the way that Hollywood handles its stars and their publicity, and then “redress,” usually in the form of really tight publicity control. Celebs are either running wild or perfect, and you can map this over the last 100 years or so.

Did you have any interest in exposé-style revelations about these scandals? Your Hairpin articles were always more focused on the cultural situation of the moment.

Oh, not at all. The recent J-Law photos have really driven this home for me — I don’t care about the actual photos WHATSOEVER. I’m much more fascinated in analyzing how the culture absorbs, reacts, and mediates those photos in the context of her image, and how the media (and I realize my own work is included here) guides that reaction.

So my book isn’t actually trying to shame, or expose, anyone. Rather, it looks at what was often perceived as scandal (or, in some cases, really expertly covered up) and tries to figure out why that was the case. How did the PR game work or not work? How did the established publicity apparatuses contain or fail? Why was it just so much harder for women, especially women whose images were inflected with sex, to succeed within this paradigm?

What was your favourite star or scandal to dig into? What was the most surprising thing you found?

Everything Mae West said and did was perfection. That chapter basically wrote itself, in part because West was just so damn intelligent and knowledgable about how to construct her own image. And the most surprising was probably just how dismal Dorothy Dandridge and Judy Garland’s lives were in the end. The system just utterly decimated them, and it’s impossible not to have that break your heart.

Thanks so much for talking with me, Anne!

Petersen’s book will be published by Plume/Penguin on September 30th.