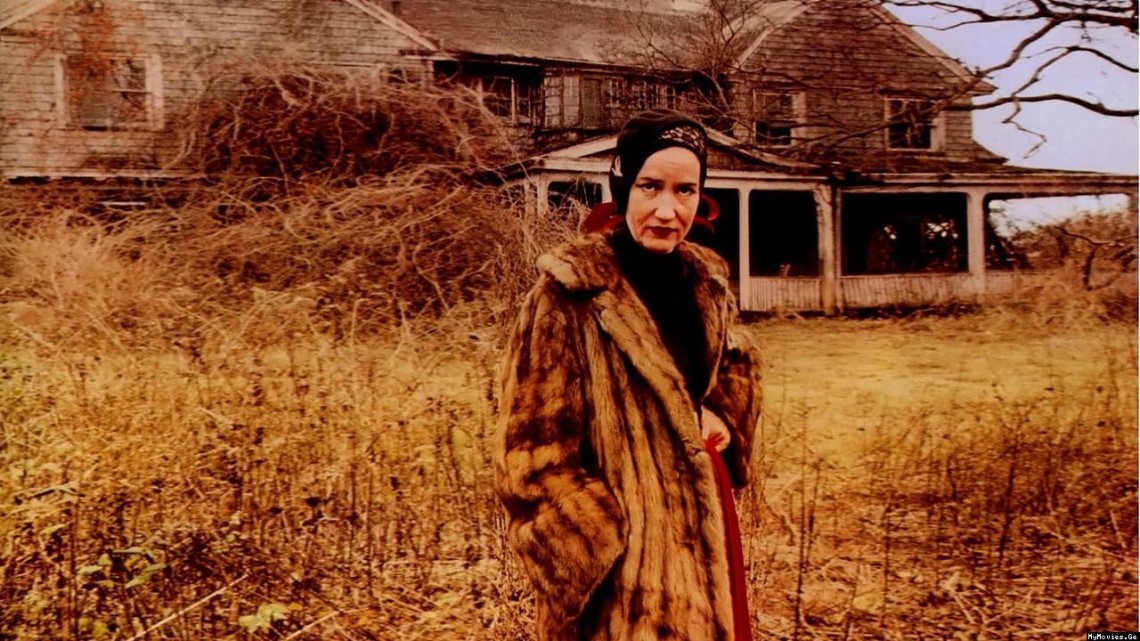 Being in This House: Albert Maysles and the Ghosts of “Grey Gardens”

On March 5, the film community reeled at the news of the death of Albert Maysles at the age of 88. Maysles, along with his brother David (who succumbed to a stroke in 1987), was responsible for some of the most indelible classics of American nonfiction cinema, including Salesman (1968), Gimme Shelter (1970)—which famously captured the Rolling Stones’ disastrous Altamont concert—and Grey Gardens (1976). That Maysles’ death dovetailed with the theatrical re-release in New York of a new digital restoration of Grey Gardens by Janus Films on March 6 is a poetically coincidental tribute to this giant of documentary filmmaking.

But what has made the work of the Maysles brothers endure are the curious ways their filmmaking approach transcends the strictures of the Direct Cinema genre in which they worked. Developing out of European-style cinema vérité, practitioners of Direct Cinema took advantage of new-at-the-time lightweight camera and sound equipment to capture events as they happened in an attempt to preserve total objectivity. The result tended to be an unpolished aesthetic that gave the illusion of events unfolding with little to no filmmaker intervention. The Maysles, however, did not hold themselves to such standards. As Albert himself explains on the Maysles Films website, “It’s not “fly-on-the-wall.” That would be mindless. You need to establish rapport even without saying so, but through eye contact and empathy.” Repeat viewings of Grey Gardens reveals a narratively complex structure that is equal parts journalistic, modernist, Gothic, and melodramatic. 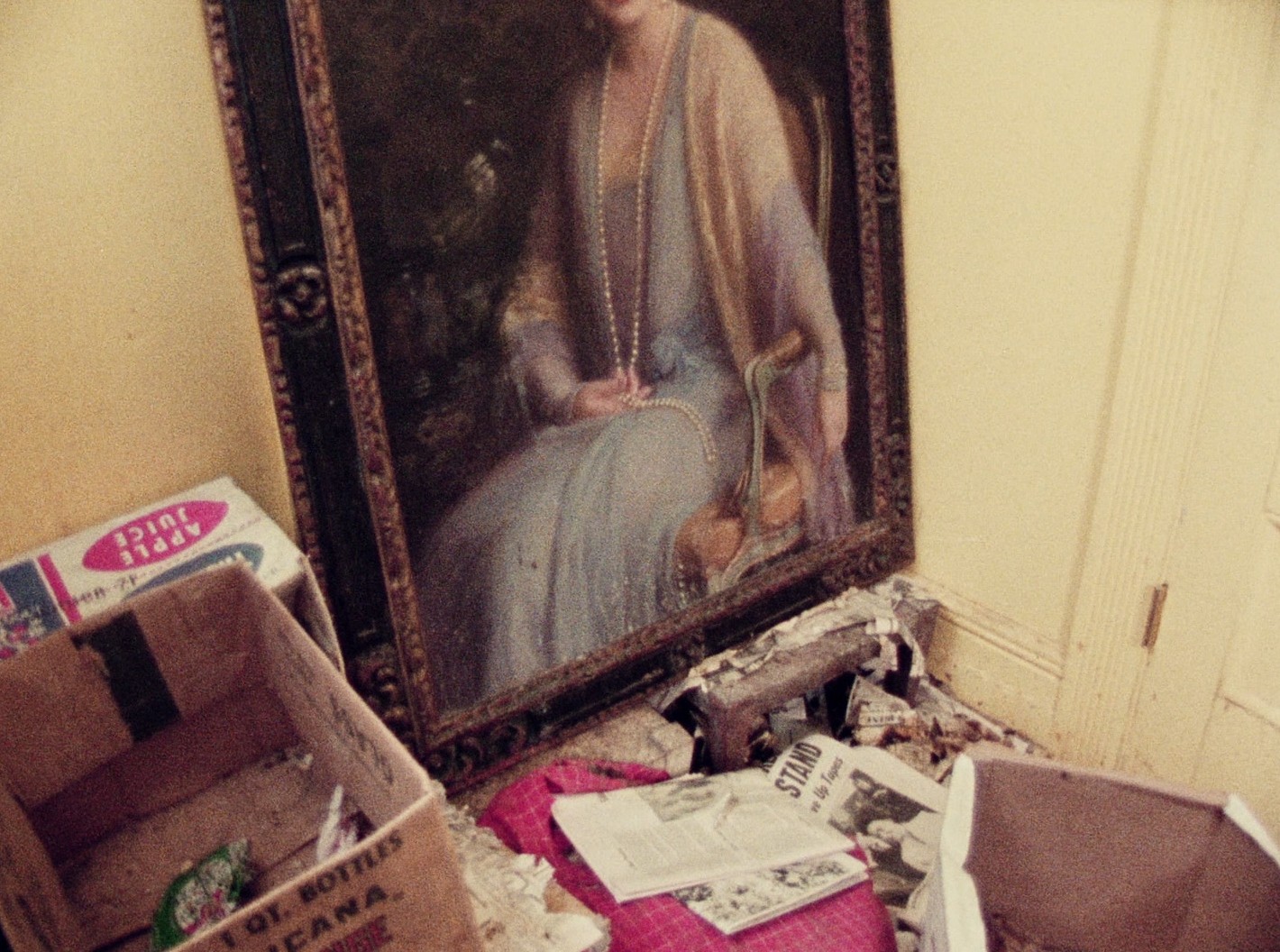 Grey Gardens documents the sequestered lives of Big Edie and Little Edie Beale, the aunt and cousin, respectively, of Jacqueline Bouvier Kennedy Onassis. As their crumbling mansion, the eponymous Grey Gardens, deteriorates around them, the film reveals the Beales’ beautiful strangeness. To accomplish this, the Maysles brothers fully integrate themselves into the lives of the Edies, even going as far to appear on camera. They essentially become characters within the narrative, constantly calling attention to the filmmaking process. When Little Edie cries out “It’s the Maysles!” at the start of the film, it is a formal introduction to the brothers as characters within the world of the film. The Maysles’ presence culminates during a scene in which Big Edie complains that her “bathing suit”—or rather, what appears to be a yellow turtleneck sweater tied around her torso—has no back to it. Albert promises not to look, and turns the camera away, instead pointing at a mirror. The Maysles (Albert holding the camera and David recording the sound) are thus reflected back to the audience, the shot revealing Albert’s hand as it manually zooms in, at first towards David, then past him to a drawing of Little Edie on the wall.

Grey Gardens as a Modernist Novel 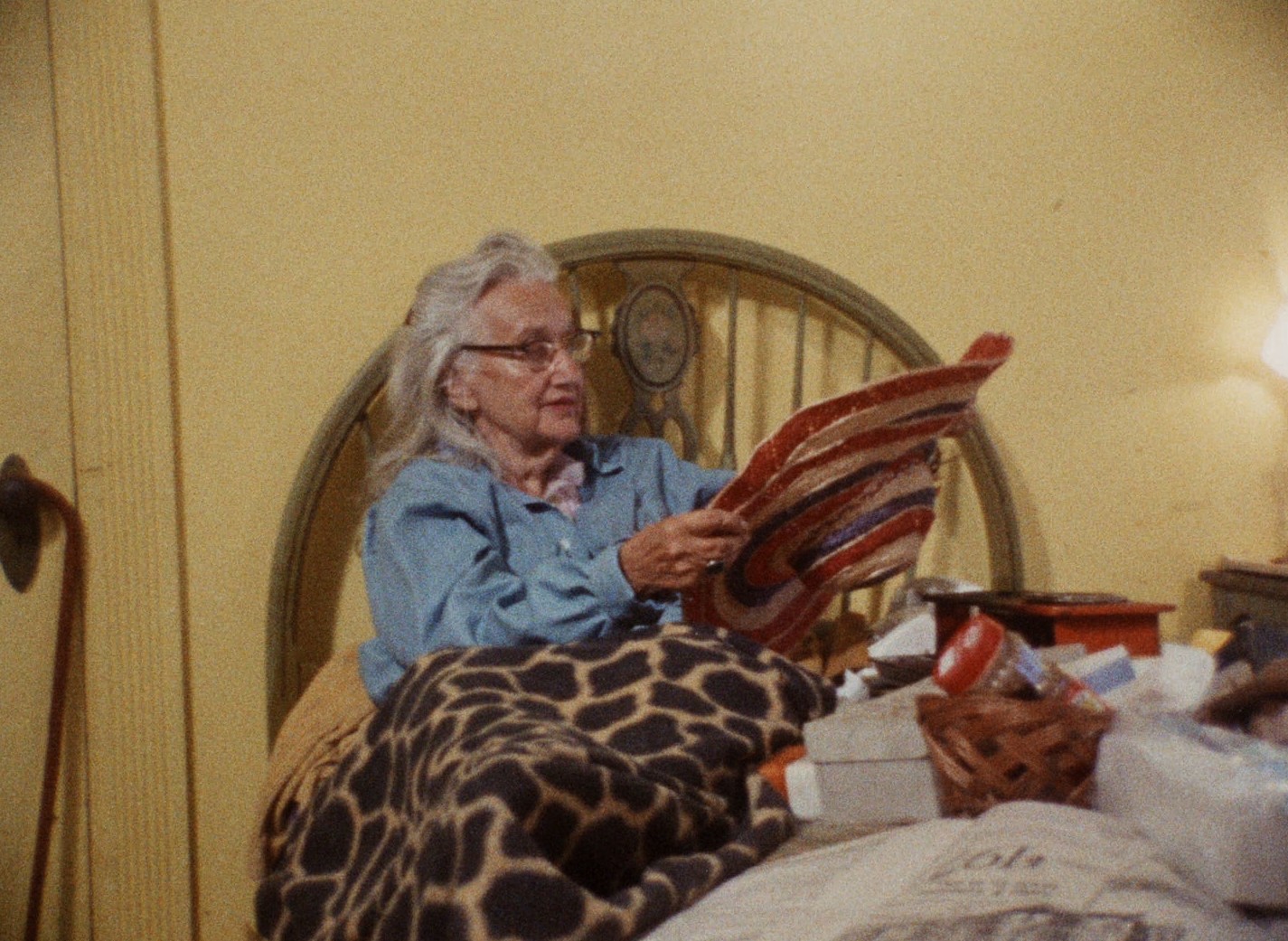 Kenneth J. Robson posits in Cinema Journal that the Maysles’ editing of Grey Gardens adopts an associative, rhythmical style that is aesthetically similar to the modernist novel, positing that “like Virginia Woolf, the Maysles ask us to forego the pleasures of the conventional narrative in order to experience the satisfaction of perceiving the embedded stories, often linked more through atmosphere than through causality” The elliptical, “adrift in time” editing reflects the elliptical nature of the Beales, who themselves are “women adrift in time.”  Says Little Edie near the beginning of the film, “[i]t’s very difficult to keep the line between the past and the present. Awful difficult.”

Grey Gardens as a Ghost Story 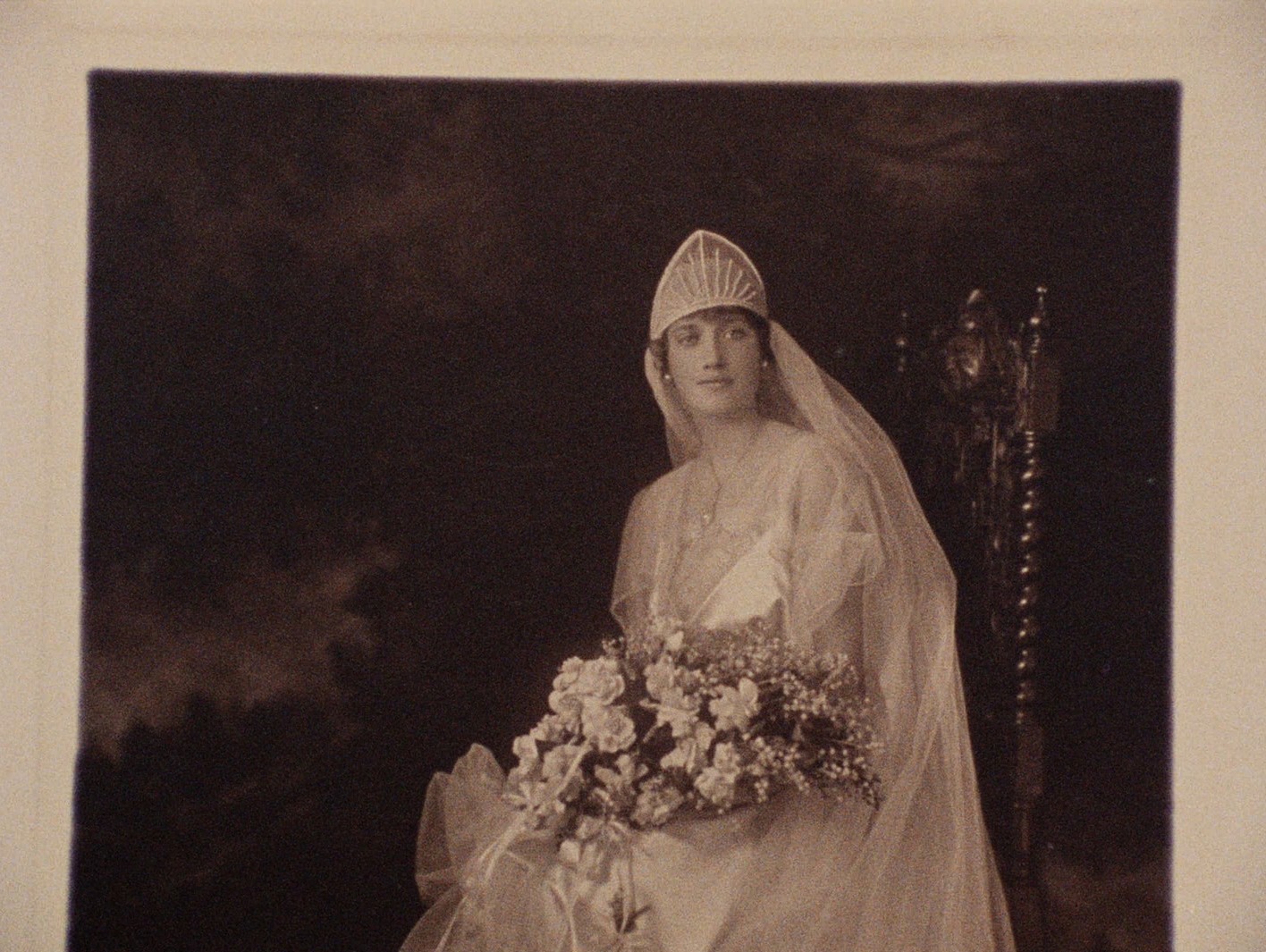 Recurring shots of the decaying house give Grey Gardens the feel of a Gothic horror film. In an article for Framework, John David Rhodes points to one of Little Edie’s many tirades against her living conditions as evidence: “I can’t stand a country house. In the first place it makes me terribly nervous. I’m scared to death of doors, locks, people roaming around in the background, under the trees, in the bushes. I’m absolutely terrified.”

Writes Rhodes, “[t]his is a description of the house in terms of the uncanny. We wonder: is [Grey Gardens] haunted? Could this film be a ghost story? Does the house possess a life of its own, independent of the Edies’ movements within it?” There is an atmospheric, mystical quality to the shots of Grey Gardens: Overgrown vines creep up the outside walls; years of dust coats the air; muddied light streams in through filthy windows; cracks in the walls crumble and become gaping wounds. The ghosts of the past haunt Grey Gardens as the Edies float from room to room, from past to present.

Grey Gardens as a Melodrama 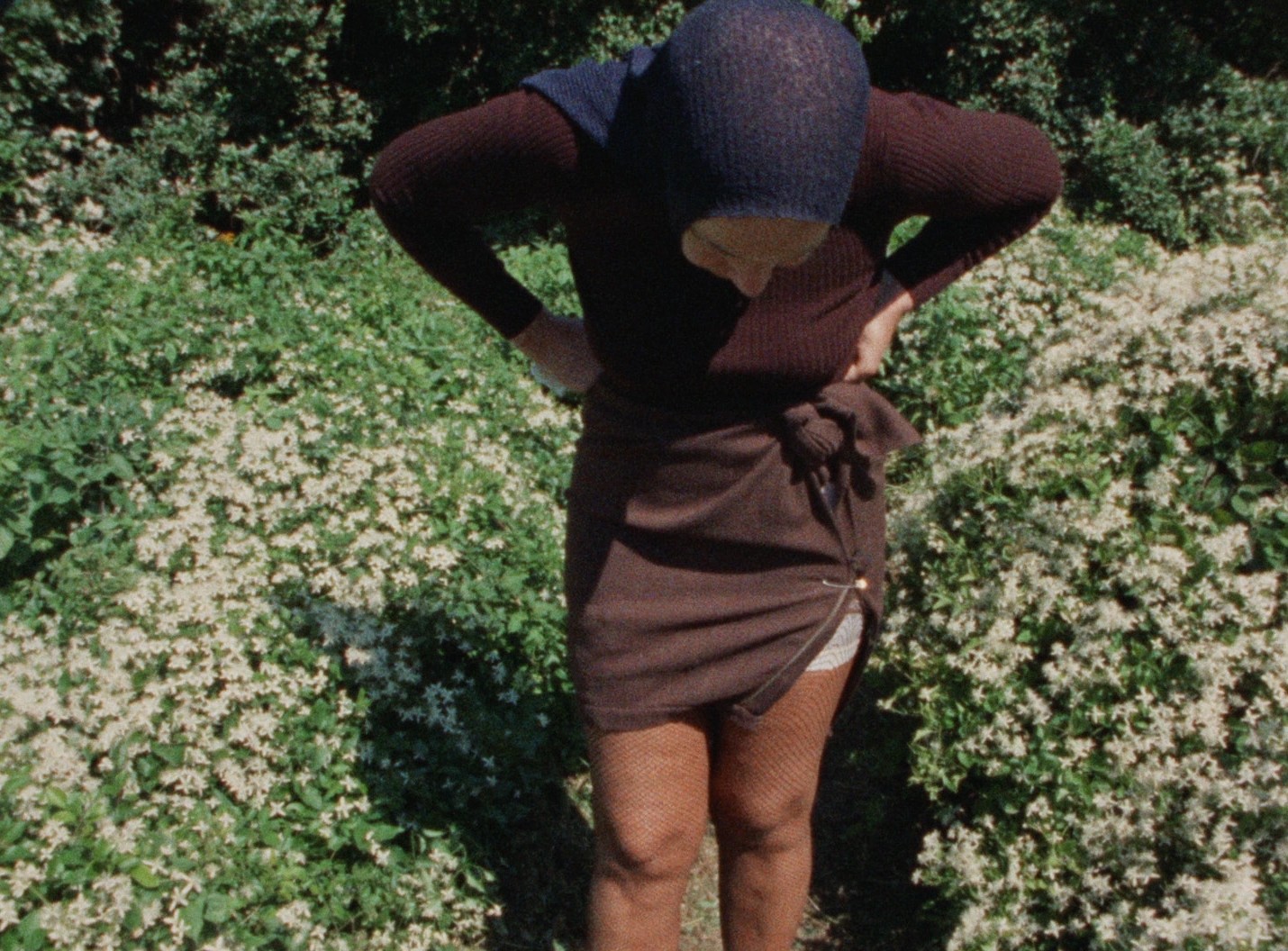 There is something inherently melodramatic about the Edies’ behavior. They see themselves in as larger-than-life personas. While looking through their many photographs, Little Edie attempts to place a date to a picture of herself. “1940,” she guesses, “France had just fallen to Hitler.”  Without hesitation (as if it were a well-practiced comedy routine), Big Edie fires back: “But you never fell for a man. France fell, but Edie didn’t fall.” Little Edie’s romantic life is, in other words, considered an epic story on the scale as the occupation of France.

Thomas Elsaesser has written extensively about film melodrama, and Little Edie acts in ways that mirror Elsaesser’s description: Protagonists of this genre try (and fail) to resist their often socially and physically stifling environments. Like James Dean kicking his father’s portrait in Nicolas Ray’s Rebel Without a Cause, or Robert Stack’s explosive resentment at the patriarch of Douglas Sirk’s Written on the Wind, Little Edie frequently expresses anger towards her mother, blaming her for their current situation. When one of the Maysles asks about “the man who took care of [Big Edie] for 25 years,” Little Edie explodes with resentment, insisting that she (and her father Phelan Beale) had been the only one to take care of her mother. She lashes out at Big Edie, longing for “her own life” in New York City. It is plausible that the presence of the Maysles and their camera draws out Little Edie’s dramatic “performances”: She is presenting a dramatized, ersatz version of herself. However, these moments of heightened reality can sometimes reveal an underlying truth. After yet another tantrum (about a former suitor of Little Edie that her mother had cast out), Little Edie retreats to the balcony. Emotionally drained, she has a revelation about her relationship with her mother:

I’ll tell you the whole thing. We might as well face it. It’s my mother’s house and she owns it and she wanted the people she wanted in it, and she didn’t want the people that I wanted in it. But God knows whom I wanted in it…you can’t just do anything about it. So I can see now why girls get married. You know, they’re forced into it. It’s all a question of who you want to stay with. Course, I’m mad about animals, but racoons and cats become a little bit boring. I mean, for too long a time…I better go check on Mother. She’s a lot of fun…I hope she doesn’t die.

In the words of Elsaesser in his 1972 essay Tales of Sound and Fury, Little Edie’s “self-immolation and disillusionment” leads to a sense of “resignation.” It’s an exquisite, penetrating moment that belies any criticism of the Maysles’s camera as exploitative: Their gentle presence in this moment is an act of deep empathy and compassion.

Grey Gardens as a Love Letter 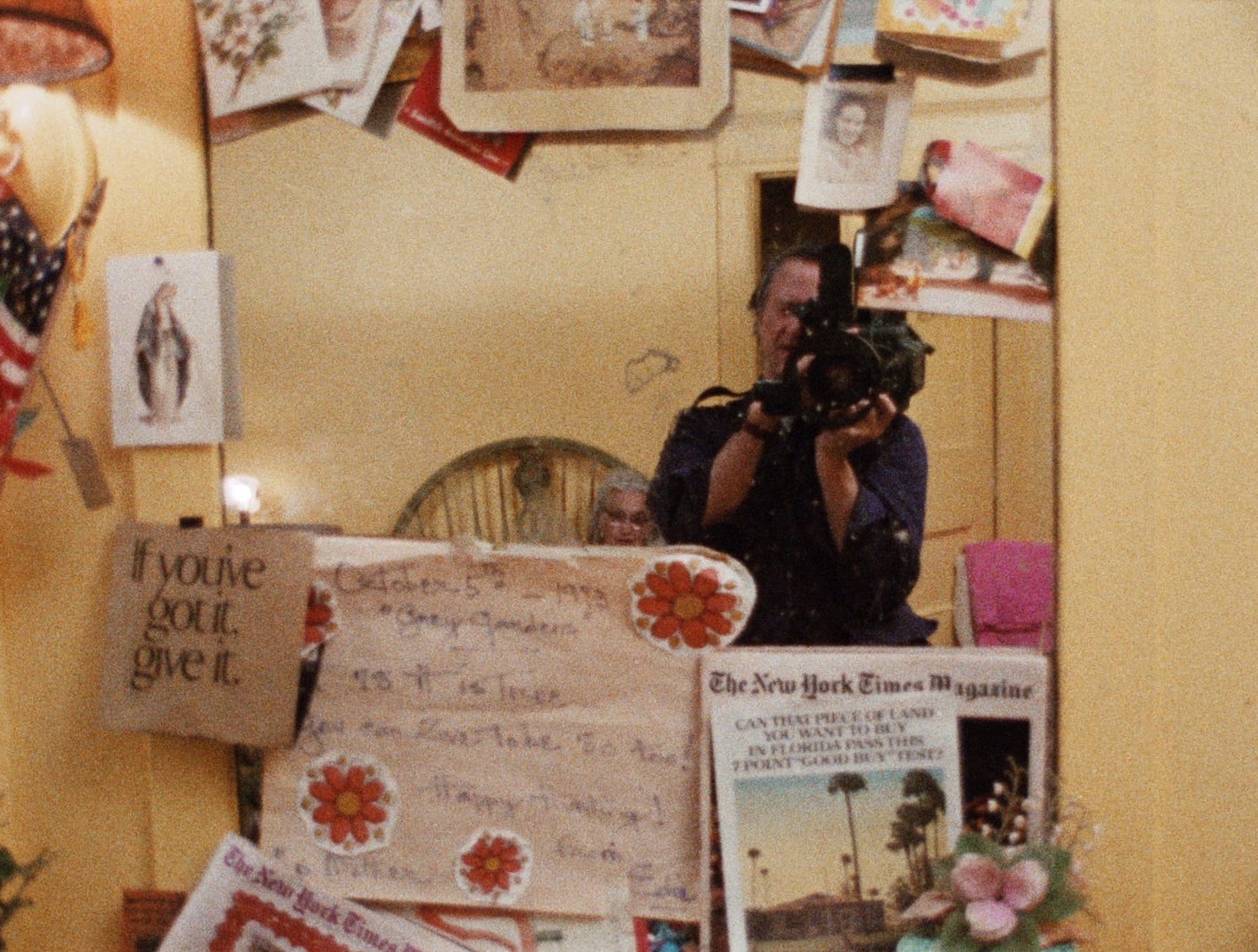 In a 2007 interview with Post Script, Albert Maysles rationalized the use of long, sustained shots on a single subject: “…[I]n our film, the audience is totally absorbed in that [subject’s] thinking, whatever it is…the process of identification is taking place. You are identifying with that person. You are in that person’s shoes. You are with him, heart and soul.” Grey Gardens ends with Big Edie singing in her room, while Little Edie dances in the stairway below. The camera’s presence does not provoke her performance: She is filmed from afar, unaware of the Maysles’ gaze. She performs for no one but herself and the ghosts of Grey Gardens that haunt the Beales.