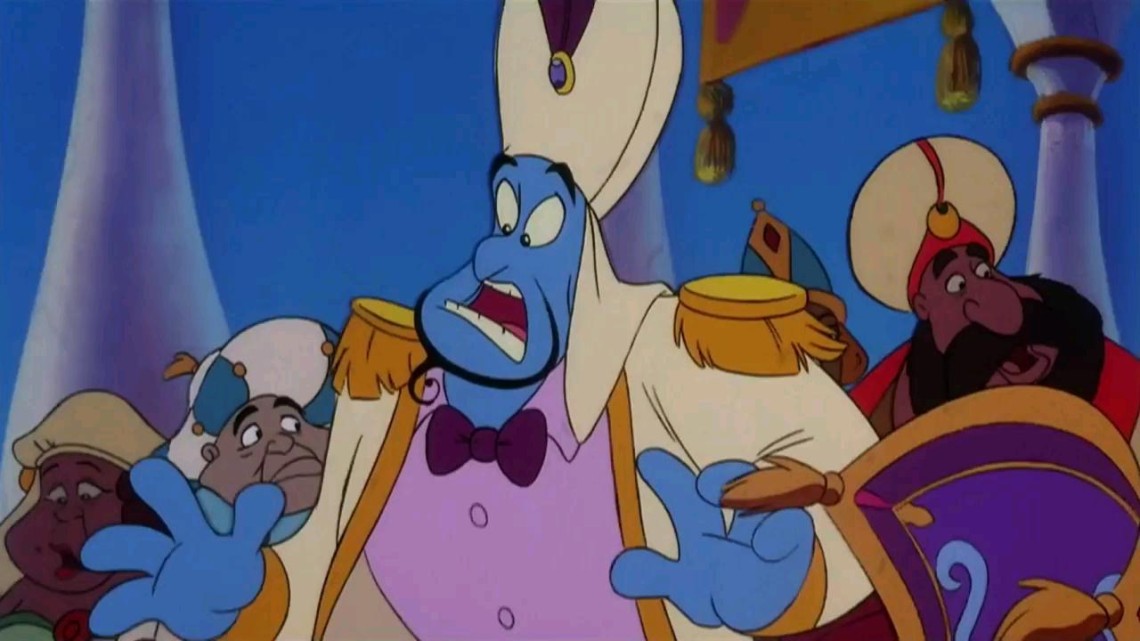 Mousterpiece Cinema, Episode 169: “Aladdin and the King of Thieves”

Today at Mousterpiece Cinema HQ, there’s singing, laughing, and references to movies as disparate as Arbitrage, Mrs. Doubtfire, and Top Gun, which can only mean one thing: it’s time for another freewheeling discussion of a Disney direct-to-video sequel. This time, Gabe and Josh are talking about what they consider to be the best of a meager bunch, Aladdin and the King of Thieves. And how could anything go that badly anyway with the return of Robin Williams as the Genie? Or was the true victory simply that Williams returned to voice the character, instead of giving the film a new lease on life? Is this really an improvement on The Return of Jafar? And, seriously, what the hell does Top Gun have to do with any of this? Find out if Gabe has lost that lovin’ feeling by checking out the new show!