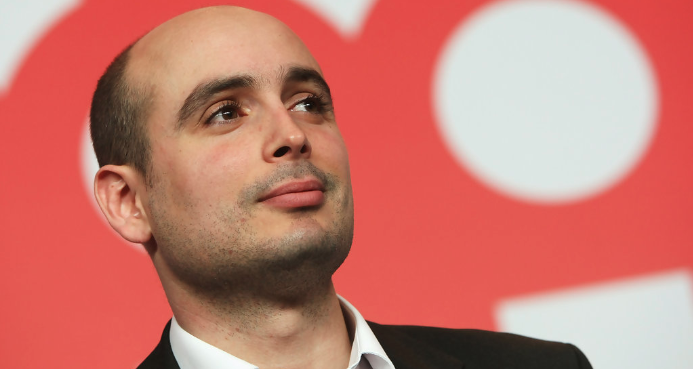 Tomorrow Berberian Sound Studio, which chronicles the mental unraveling of a British sound mixer working on an Italian horror film, will be released in theaters and on VOD.

Last week Movie Mezzanine was graciously granted an interview with the director of the film, Peter Strickland. Below is our transcribed discussion in which we discuss the battle between digital and film, the manipulation of sound, and how context means everything.

Unfortunately some of the conversation was indecipherable when I want back to transcribe. Alas, we hope you enjoy the truncated conversation. Stay tuned for our review of the film in the coming days.

Fragoso: During Berberian Sound Studio I couldn’t help but think of masterpieces like Blow Out and The Conversation. Did those films influence you when you were making this?

Strickland: Strangely, I saw Blow Out after I made the film. In a way I wish I had seen it before Berberian because there’re some shots in there that I would’ve stolen. The shots of Travolta rock n rollin with the tapes and footage are great. The Conversation I did see before Berberian. I’ve seen it many times. I bought it on DVD and watched it again with the commentary track — but it wasn’t a huge influence.

I suppose the big influencers were, in terms of film, The Cremator by Juraj Herz and Peter Tscherkassky’s film Outer Space, which at only ten minutes long is a sort of remix of The Entity with Barbara Hershey. It (Outer Space) completely messes around with it.

F: Was this shot on film?

S: No it was shot on digital.

F: That’s what I figured. 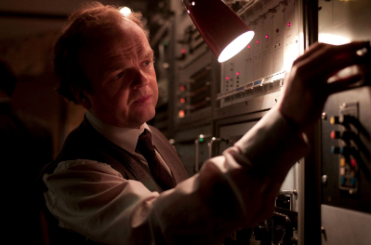 S: It was a bit strange for us. Originally I thought we had to do it on film. At first we had some pragmatic concerns about the budget and so on. But eventually we went with the Ari Alexa, which I found to be great. I think it’s the first digital camera faithful to skin tones and can really pick up in the dark.

Before that digital camera always got pixilated in the dark. Without doing any sort of product placement here, the Alexa held up very, very well. Definitely can’t complain.

F: The film certainly looks good. You mentioned skin tone which I think is a constant worry with digital.

S: Yeah, it always looks kind of pasty and blemish-y, doesn’t it?

F: I think that’s why a lot of filmmakers have attempted to reject digital. There’s also that nostalgia for film that still exists. But from a pragmatic point as you mentioned it makes sense to go digital. Especially with independent movies like this one.

S: I think for me I have mixed feelings. I shot my first film (Katalin Varga) in 16mm and I enjoyed that. But also you see how much chemical waste there is in the film lab. Not to mention the carrying of the camera hurts your back. What’s scary about digital though is the archiving.

F: That’s the bane of digital isn’t it?

S: It’s all very alarming. And the projection … I just find it very odd that you’re merely mimicking the look of film. You’re not making better. I think we’re going into the great unknown.

F: Alright we could chat about film vs. digital for hours, but we should probably get back to your movie. Every time I receive an opportunity to speak to a filmmaker I’m always curious as to what they think their film is about. 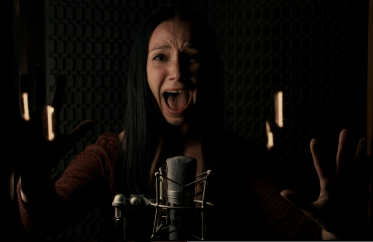 S: What’s it about … that’s a very hard one. I’m sure you’ve heard this before about art but you can’t always articulate into words. I can talk about ideas. I was fascinated by the idea of the whole corruption of sound and how such innocent sounds (i.e. stabbing a cabbage or water on a hot pan) can be manipulated. We’re not changing that sound at all though. All we’re changing is the context, the association of it.

The strong image for me – and a rather ridiculous one – is a middle-aged man (Gilderoy played by Toby Jones) smashing watermelons, but you couple that with incredibly repellant violence and you create a scenario where no one in the audience quite knows how to react.

F: Speaking of ideas, I have to ask … what’s up with the recurring spider? Does it representing something?

S: Ha ha. Sometimes there’s no great reason for something. What I liked about the spider is that by the very end of the film he (Gilderoy) stops caring about that spider. On a very basic level it brings out a tender side in Gilderoy’s character. I could make up some baloney about that … but I would be lying to you.

F: I was expecting some baloney so …

S: Oh! I think a lot the decisions you make are done from the gut. The beauty of writing a screenplay is that sometimes you get into the flow of it and writes itself somehow. The hardest thing about writing is just getting into that zone. Once you’re there it’s great.

F: Before I leave you here, do you have any other projects on the horizon?

S: I’ll hopefully be shooting something in August. I’ve written a script. Fingers crossed, I really hope it works out. The final project is not 100% set in stone, but I’m pretty lucky at the moment.