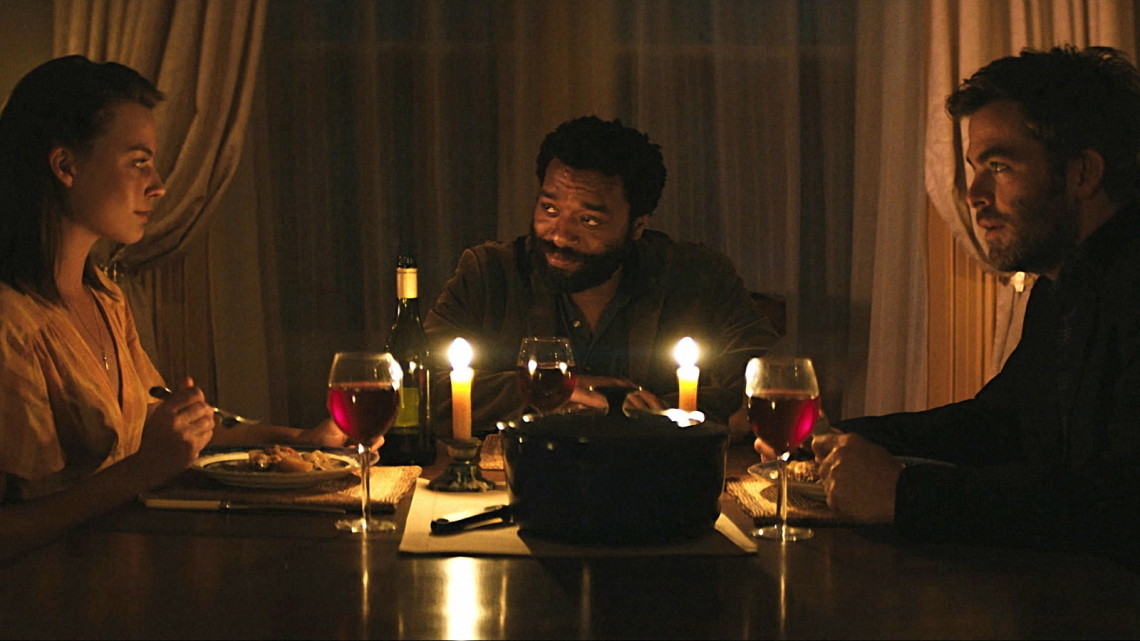 “Z for Zachariah” Is Promising, But Frustrating

Recent post-apocalyptic films, from Zombieland to 28 Days Later have, to some degree kept their distance from religion—at least in an explicit sense. It’s easy to link these world-weary genre pieces to theological themes in a more subtextual way, with very few exceptions, but the post-apocalyptic narrative has always seemed like an angry response to the test—or betrayal—of having faith. Although the presence of faith in a higher being may be addressed in the climax of these films (Mad Max: Fury Road proudly invoked a faith-based attachment to Valhalla), the content of such stories has felt like an antipathy towards God Himself.

But, lo and behold, less then 15 minutes into Z for Zachariah, Ann (Margot Robbie) kneels beside the bed of John (Chiwetel Ejiofor), a sick, nonreligious man she inadvertently picked up just days ago, and prays to God to save him. She says she will serve Him directly and speaks of the mission He may have for both of them. While it looks like the rest of the world has been wiped out, Ann’s conscious decision to try to find survivors of the ravage seems to be her task from God. And without taking didactic sides in the debate between religion and science, Z for Zachariah is more inclined to engage with that dialectic through its scenario—a young woman of faith and a secular scientist, without much exposition, play out how ideological differences would impact survival methods.

Directed by Craig Zobel (Compliance) and adapted from the novel by Robert C. O’Reilly, Z for Zachariah attempts to visualize this divinity through imagery. The dearth of life found in this film is atypical, straddling the line between legitimately beautiful and almost banal. The camerawork eschews the grotesquerie one might imagine in this kind of post-civilization landscape for greenery, pathways, and light. An overwhelming amount of hope is imbued within every image. There’s a coziness to the cinematography that’s buoyed by the warmth of the light, even in darker-themed scenes. Even in solitude, there’s the impression that Zobel intends to have God, or some divine presence, in the frame with his characters.

Despite a relatively refreshing approach to this kind of narrative, there’s something irksome about it that creeps in from time to time. The tone, rather than feeling natural to the context of the story, is ponderous—like an improper subversion of Antonioni’s thematic and formal usages of miscommunication and isolation. It’s rather crucial that these people find some kind of interpersonal connection that’s more tangible than faith, but it struggles to foster this organically.

It also tends to fall back on convention (namely the love triangle involving Chris Pine’s mysterious Caleb), but hushed whispers and transparently curated sound designs makes it feel like poorly imitated slow cinema. There isn’t a potent naturalism, and there isn’t a deep investment in the details of the landscape, of the objects, or of the people. It thinks it’s a study of weathered people and faith and various manifestations of tension, but the facsimile of atmosphere can only sustain the film so much.

Heather McIntosh’s score amplifies a tone of religiosity, but at a cost of weighing down several scenes into saccharine laziness. Rather than aid or help build scenes to an organic emotional peak, the score grabs one by the neck and drags upward. It’s almost antithetical in tone to a film that feels as if it places its efforts into not holding the audience’s hand with regards to its cathartic trajectory.

Religion and faith weren’t explicitly a part of Compliance, but one could certainly read the film as the danger of faith in authority figures. Regardless of the controversial response the film received upon its Sundance premiere, it was nonetheless successful in its manipulation because of the stakes. Here, the stakes—whatever they actually are—end up being muted in service of faintly drawn character study. The psychological machinations of these characters feel more like ideas and less like textures to these people, who are ultimately reduced to ciphers.

Z for Zachariah is often promising, and intermittently interesting, but its superficial quality is frustrating. It’s like a prayer, and like a mystery, but it doesn’t mean much to me.