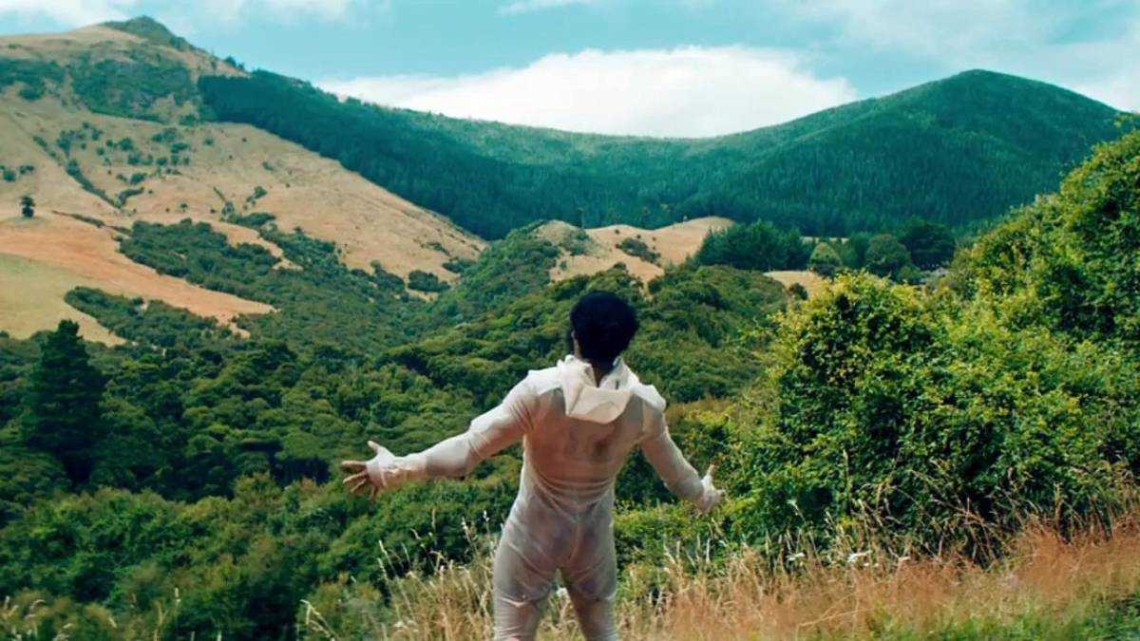 “Z for Zachariah” And The Future of Humanity

Robert C. O’Brien’s 1974 novel Z for Zachariah tells a story of Paradise unregainable. In O’Brien’s novel, unlike Craig Zobel’s recent film adaptation, there is no Caleb character at all. Instead, Loomis is the man who killed his coworker. He has few good intentions toward Ann, and the story ends with her running from him, hoping to stay alive, driven away from her home into a dead world.

But Zobel is out to tell a very different story. His Z is located vaguely in the American South in the near future, but the time and place seem almost irrelevant. Zobel’s film is more myth than anything else. Suffused with light and scored orchestrally, almost like an epic, it wants to reimagine the story of man’s fall and leave open the possibility that though all people behave badly, humanity might still be worth saving.

That question—do we deserve to exist, as a race?—is one that post-apocalyptic TV and movies turn over relentlessly, from Battlestar Galactica and Mad Max: Fury Road to Snowpiercer and Interstellar. Usually, they locate the rationale for our continued existence in the relationships we sustain with one another. Because of this, they often tell us vital things about what we think is at the core of human relationships: love, or power, or sex, or programming, or whatever. 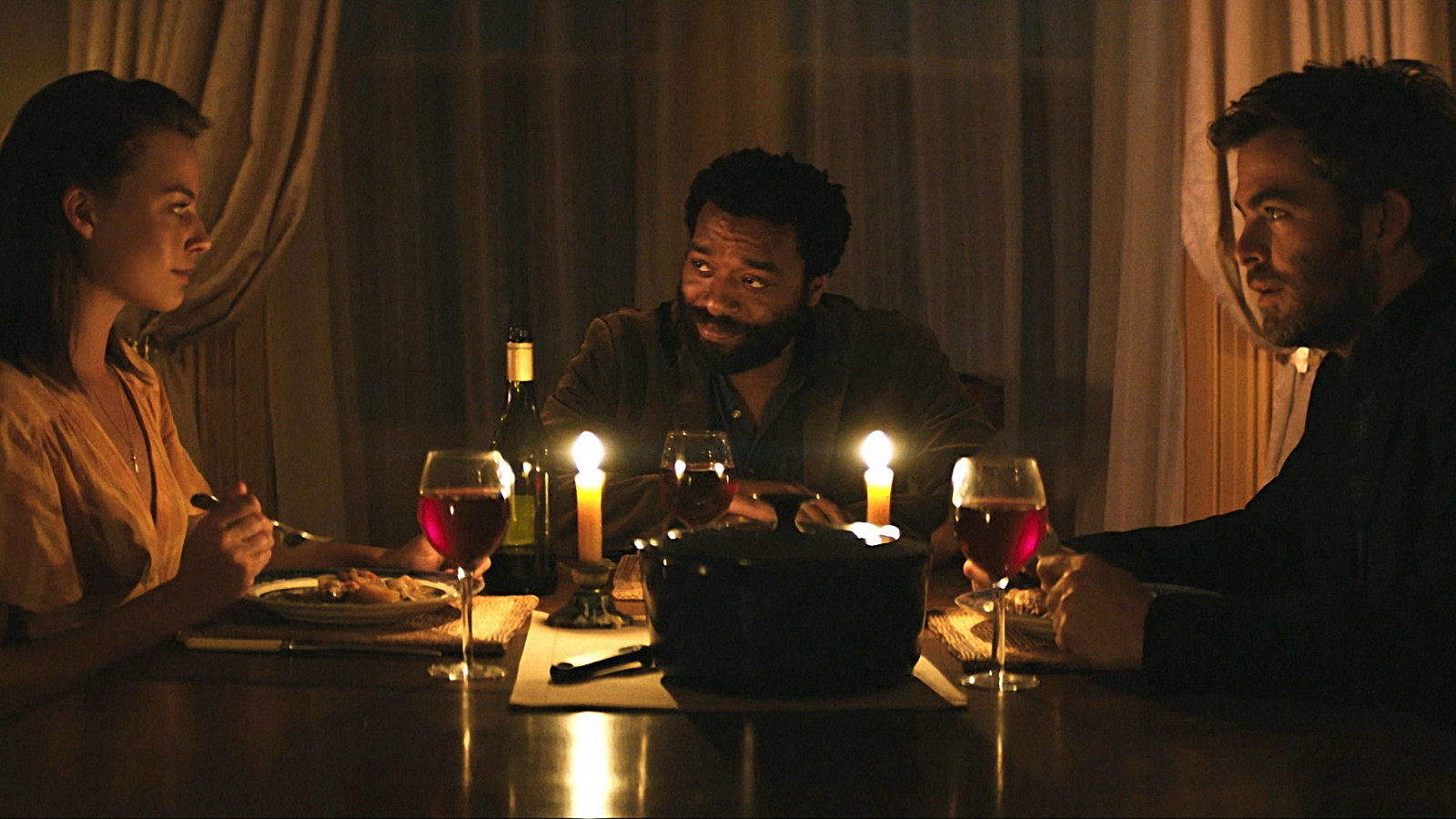 Z for Zachariah takes this now-familiar scenario and drops it into an Eden-like valley, an oasis preserved by God, science, or both in the middle of a man-made radioactive hell. Birds chirp, plants grow, the air is clear; the water there literally gives life. Those Edenic references are matched with more overtly Christian ones: Ann’s (Margot Robbie) prayers, the chapel with the cross, Ann’s stories of her family, and her unwavering faith. For Ann, the chapel is where her faith lives, a simple faith that barely wavered through the long, cold winter. It’s significant that Ann’s faith isn’t rattled by the apocalypse, if only because it’s treated so mildly, a childlike characteristic in a young woman who otherwise, as Caleb (Chris Pine) remarks to Loomis (Chiwetel Ejiofor), seems much older than her years.

In some ways, Z functions as a story of awakening for Ann, Eve’s innocence lost. By the time the chapel has been torn down and the organ relocated to the barn, Ann has expanded. She has had a sexual encounter, presumably for the first time, with Caleb. She’s learned the truth about her brother’s death. Her obvious pleasure in her work tending the land gives way to melancholy, and—maybe significantly—while she still plays the organ, she seems to have transferred her prayer to that form. Perhaps the object of her faith has changed.

It’s almost impossible to watch any post-apocalyptic movie in which there is a man and a woman and not think about the archetypal myth of the first humans—about being fruitful and multiplying, as it were. When Loomis arrives, both he and Ann realize this almost immediately. Loomis mentions wanting to build a life for “others,” and Ann is slow to realize he means children, but then it dawns on her that she might be the mother of all humanity, and she takes that responsibility on as a quiet blessing, ready to do that work, too.

Loomis himself is slotted into this Adam role, and his struggle throughout the story is first to accept this, then to desire his Eve, and then to figure out what to do when the tempter appears. And just as Ann and Loomis have adjusted to living peacefully together in the garden, the snake shows up, right on cue. But whereas the Biblical account gives a serpent with a single corrupting desire, Caleb is a human, too. He certainly disrupts Eden, tempting Eve with his own beauty and dangling their shared faith before her. But he’s also just a guy. He killed someone. He needs water to drink. He likes to dance. He helps the pair build the solution they need for the winter ahead, good-humoredly, and he doesn’t force himself on Ann. And so Z for Zachariah echoes a deeper truth at the center of the traditional story of the fall: In the Biblical account, the serpent tempts Eve, but she is complicit in the act—she desires the forbidden—and Adam is standing right there and does nothing about it at all. Here, the serpent is even less at fault. In fact, nobody is at fault; nothing bad has even happened.

A reimagined fall like this suggests one re-reading of Genesis that some propose, which is that Eve didn’t sin—she just gained agency. Whatever the theological implications, it is certainly true that Genesis designates the tree from which she eats as the “Tree of the Knowledge of Good and Evil.” And it’s difficult to imagine a more apt descriptor for what happens when a person grows up.

The open-endedness of Caleb’s disappearance leaves us wondering, because there are two possibilities, each with their own giant Genesis echoes. Maybe Loomis killed him—like Adam and Eve’s son Cain kills his younger brother Abel (mix up those two names and you get something that sounds a lot like Caleb, by the way). Or maybe he took the hint and did walk away in search of a rumored paradise, which makes him more like the post-murder Cain, who was cursed for his act to be a wanderer all his life—and yet the story says that God “put his mark” on him to protect him. Either way, Loomis probably did something Ann would not like, and Ann must know this. But she seems ready to move on, even knowing who this man is. We’re left with the sense that they will keep living there, and now with electricity; civilization rebuilds. 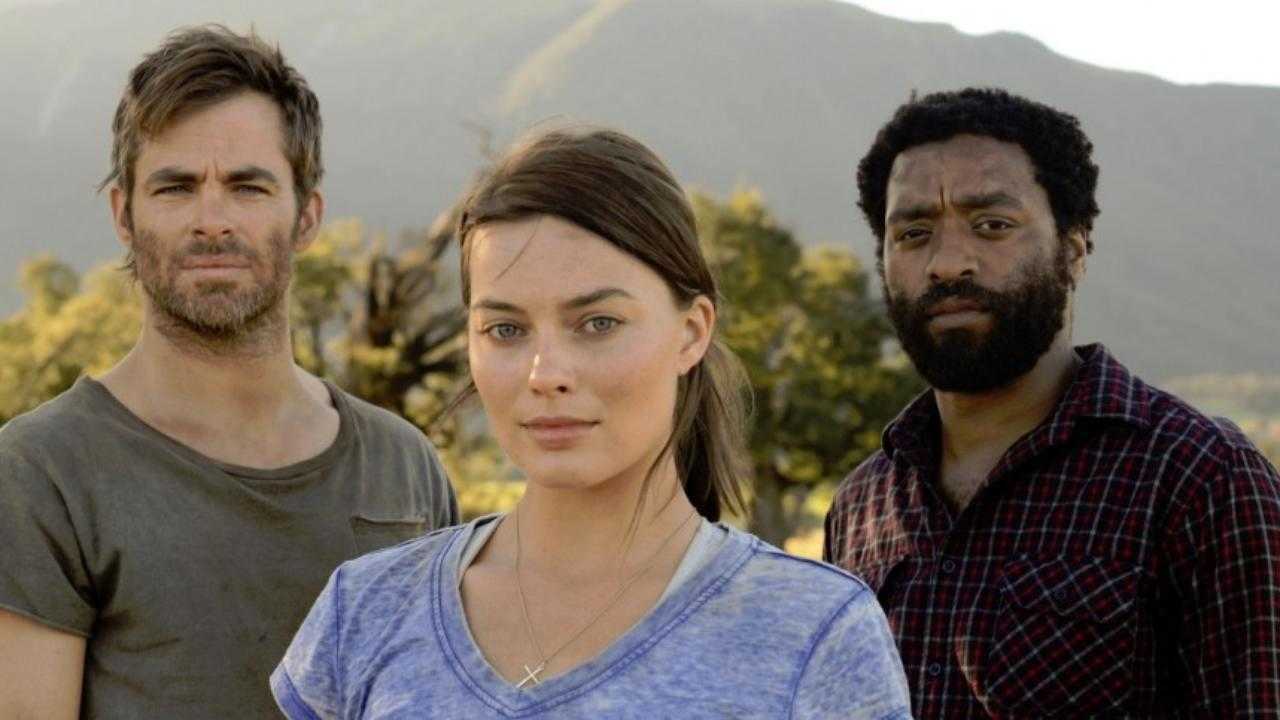 One last piece of the puzzle: Looking through Ann’s bookshelves (which includes volumes by preachers Charles Stanley and Billy Graham), Loomis discovers a book called A For Adam. In the film, there’s no character named Zachariah, but presumably if Adam is the first man, Zachariah is the last. There are many ways to read this. The Bible has a book named for a minor prophet called Zachariah. The father of John the Baptist is also named Zechariah, and the Gospel of Luke devotes a fair amount of space to him when he’s struck dumb for doubting an angel. It’s also a pretty common name in the Bible and the Qu’ran.

Another reading: Looming over the film is the recognition that sex means desire fulfilled, but also means procreation, refilling the earth—something Ann may well believe is part of her responsibility, but certainly believes is one of the reasons she and Loomis were saved from destruction. But Caleb is the the man she actually sleeps with. There’s no sense that she’s become pregnant, but there’s presumably no reason to believe she isn’t, either. And in any case, perhaps the Zachariah is some forthcoming son, the last of the old realm and the first son of the new. Z to end the old human race; someone to start a new alphabet.

Of course, the point of all of this is not that Z for Zachariah is consciously evoking all these Genesis archetypes, nor that all these archetypes only appear in Genesis. But it’s fascinating, and a gutsy narrative move—one that Z accomplishes with a subtlety rarely seen in its genre—to quietly depend on a collective memory that somewhere, some of these contours have appeared before—and to then use that to say some big things about what happens after the end of the world. People are people, says Z. They will repeat their mistakes. But it is possible that those mistakes will make way for a new world, a lot like the old one. And maybe love will let them muddle through.

One thought on ““Z for Zachariah” And The Future of Humanity”