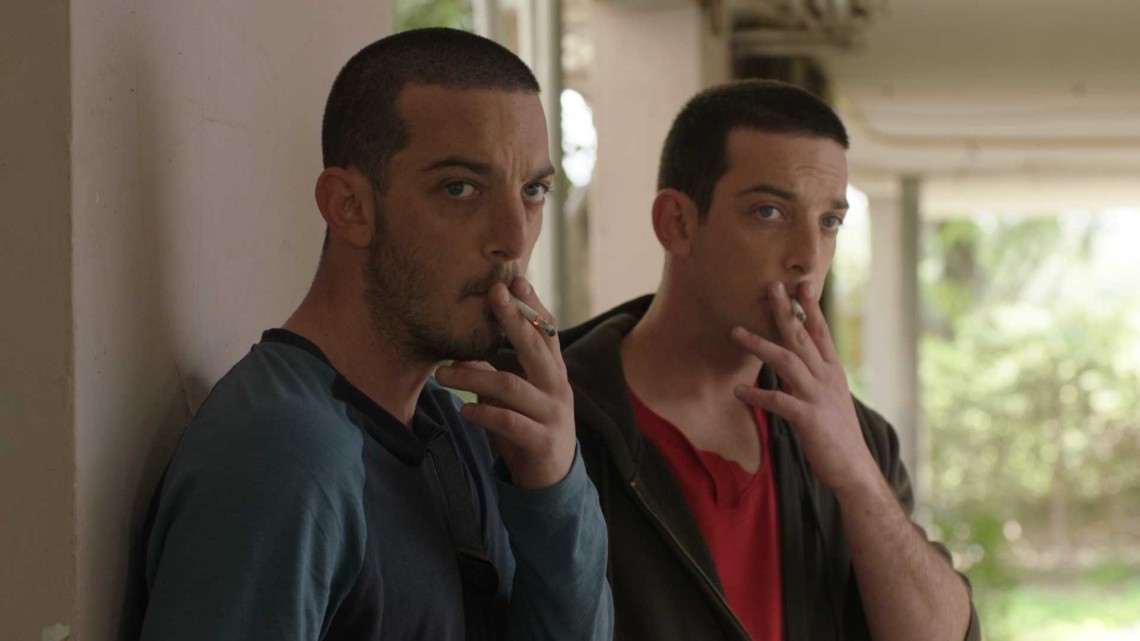 “Youth” Is A Stripped-Down, Minimalist Thriller

Brothers Shaul (Eitan Cunio) and Yaki (David Cunio) Cooper are as close as two siblings can be: They watch movies together, they pee together, and, when their family’s financial chips are down, they kidnap and ransom people together. Israeli filmmaker Tom Shoval’s film Youth begins with Shaul hatching the brothers’ plot as he follows their target—wealthy classmate Dafna (Gita Amely)—and photographs her along her commute home from school. We’re not sure what he’s planning, but we can surmise he’s up to no good. Men of pure intentions don’t surreptitiously follow young ladies down empty streets while taking snapshots of them, after all.

But Youth asks us to regard the conduct of the brothers Cooper through a sympathetic lens that portrays their fiscal desperation. Their mother Paula (Shirli Deshe) juggles part-time labor but still can’t keep apace with their debts, while their father Moti (Moshe Igvy) wastes away his days dicking around with friends and abusing his liver. Under the circumstances, Shaul and Yaki springing to action makes sense, even if they do go from zero to hostage-taking with little consideration given to rationality in between. Shaul at least has a job at the local cineplex, but slinging ticket stubs doesn’t pay the bills, and Yaki is on furlough from the compulsory military service that Israel requires of its citizens. Cash flow is clearly an obstacle here.

So do we sympathize with the Coopers? Do we tacitly, begrudgingly endorse their swift, terrifying abduction of poor Dafna? If any character in Youth demands our immediate compassion, it’s Paula, who is the only noble one trying to keep the household afloat. It’s hard to praise the brothers’ work when it involves intimidating Dafna and very nearly killing her through their sheer incompetence, but Shoval portrays the boys as products of their environment and their upbringing. Paula and Moti catch whiffs of Shaul’s and Yaki’s misdeed, but both parents are either spread too thin or sunk too low to figure out what’s going on.

Youth makes no small deal of Yaki’s enlistment; Shaul deeply envies his brother, donning Yaki’s uniform and cradling his service rifle like a childhood totem. Yaki, for his part, lugs that monster of a gun with him damn near everywhere, even to late-night carousing sessions with his own pals. (Chekhov’s spectre hangs over Shoval’s film like a rumbling storm cloud.) Nobody bats an eye, mostly because in Israel nobody would, but for the audience, watching Yaki exercise his open carry rights feels like critique: This is the type of person charged with guarding a nation. This is what authority looks like. That Yaki uses both the symbol of his service and his training in his efforts to keep Dafna in a state of docile fear just strengthens Youth’s commentary on military brutality.

Yet Shoval refuses to lose sight of his protagonists’ humanity, which he couches primarily in their stupidity. Nothing about Shaul’s and Yaki’s design is thought out, and why would it be? They’re not professional criminals. (They don’t imagine, for example, that keeping Dafna in their basement’s concrete bomb shelter could pose a problem.) But Youth’s minimalist style bears out their better merits, too, through a stripped-down aesthetic. The film’s narrative is straight out of genre cinema, appropriate in light of Shaul’s and  Yaki’s joint movie fandom, but Shoval mounts tension by gazing at his story straight on and without blinking. The effect of his approach infuses Youth with bursts of empathy and allows his excellent cast to explore the moral space Shoval offers them. The Coopers aren’t bad people, even if they sound like it. Everything they do they do for love of family rather than reckless self-indulgence. But they still do a bad thing. As the film’s final shot segues into its credits, Shoval leaves us with the lingering promise of worse to come.