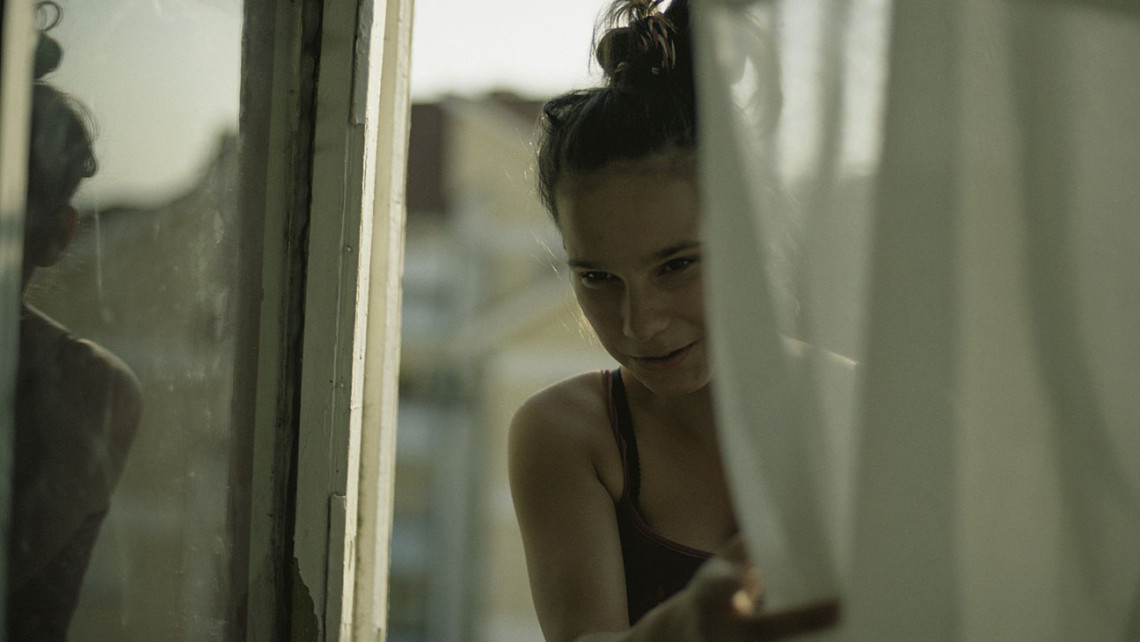 Snow swirls across a highway, lit up by headlights in the dark. It’s winter in Bacau, Romania, and for the Halmac family, stuffed into cramped social housing, money is very tight. The mother, Liliana, has taken a job as a domestic worker in Italy and sends money back to her seven kids, who are left to look after themselves. A top documentary prize-winner at both Hot Docs and Karlovy Vary, Waiting for August follows the children from December to August, when their mother is due to return home.

The opening scene introduces us to the household and cleverly establishes its dynamics. Liliana’s voice echoes down the kitchen telephone, as she speaks to each of her children in turn, from the kindergarten-aged Stelian to 17-year old Ionut. Primary-schoolers Alice, George, and Bogdan jostle and play, and beg their mother to send gifts. And all the while, 15-year old Georgina prepares dinner. As the eldest daughter, Georgina has become the de facto head of the family, cleaning, cooking, and taking care of the others. It’s a role she fills without complaint.

Over the next 8 months, viewers sit as flies on a wall, quietly watching Georgina and her siblings as they go about their routine. Waiting for August is a doc of pure observation, with no narration, talking heads or interaction with the camera. Instead, we glean information about the family from what we see and hear around the flat. “I’m sorry we can’t be together,” reads a letter from Liliana at Easter time. “We have to make sacrifices sometimes.” With four kids sharing a bed, the explicit details of their financial situation never needs to be spelled out.

The role of gender within the house is particularly interesting. Although Ionut is the oldest, he’s rarely seen away from his video games, while the children’s father is never mentioned at all. When Georgina receives help, it usually comes from 13-year old Lacramioara, who, like her older sister, appears mature beyond her years. Conversely, when it comes to tears and tantrums, the culprit is almost inevitably George.

Some viewers will no doubt be bored by the film’s unflinchingly verite style and lack of dramatic incident or tension. Yet that’s  precisely the reason why it’s so gratifying. Without any overtly cinematic moments to build a narrative around, first-time filmmaker Teodora Ana Mihai is forced to paint with subtler colours. From a plethora of tiny, seemingly insignificant scenes, a delicate, relatable portrait of domestic minutiae takes its form.

Indeed, it’s astounding how invested you feel in the family by the time the documentary ends. Georgina, in particular, is such an admirable young woman, balancing the pressures of adulthood with the typical concerns of a teenager – school, friends, Facebook, and, of course, boys. In a tender moment with her beau Marius, Georgina says “I might look tough, but I’m fragile.” In truth, it’s the other way around.

One thought on ““Waiting for August””