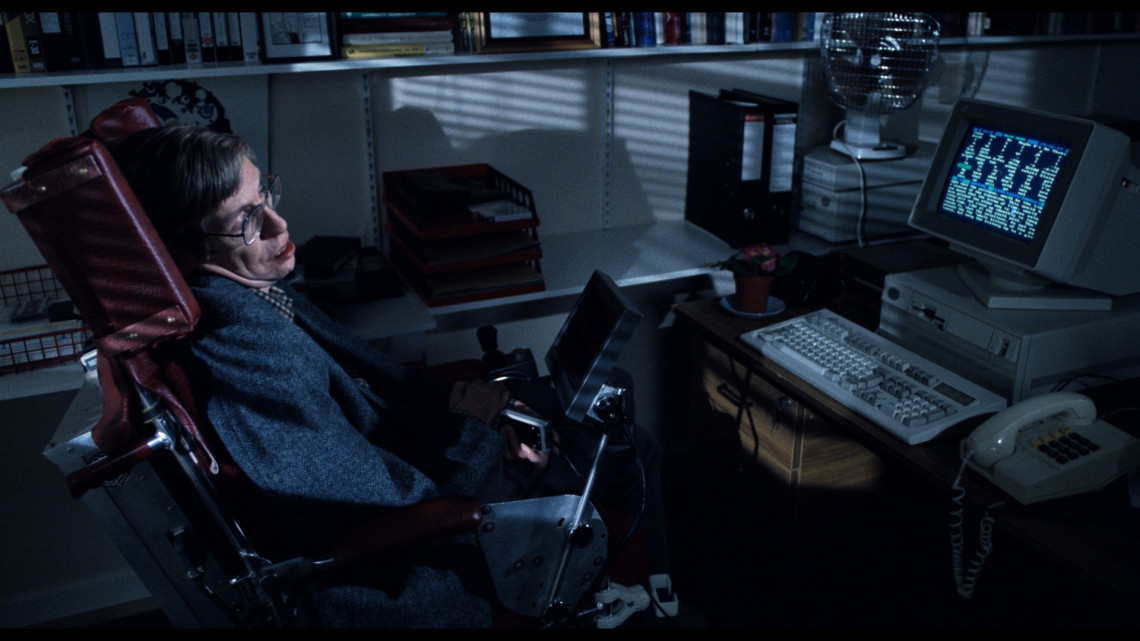 “Truth” is Better Than “Fiction”: Documentaries That Trump Their Fictional Equivalents

Biopics are as beloved by Oscar voters as they are joked about by almost everyone else. And many a thinkpiece has been written about why Hollywood loves biopics, and why so many of them are so very samey. But I come not to mourn the biopic. Nor do I come to bury it. I come to assume the genre (or its artistic credibility, that is) is already buried, and to suggest some alternatives to it.

Why? Because the film industry likes to ignore documentaries, even more than it loves to prop up based-on-a-true-story movies. But cinema—when freed of the need to conform to traditional storytelling structure, or awkwardly explore a famous figure’s life in such a way that is best conducive to an actor’s Oscar-courting—can truly grapple with fascinating, real-life people. Here are just a few examples of documentaries that trumped fictional adaptations of their subjects.

A Brief History of Time > The Theory of Everything 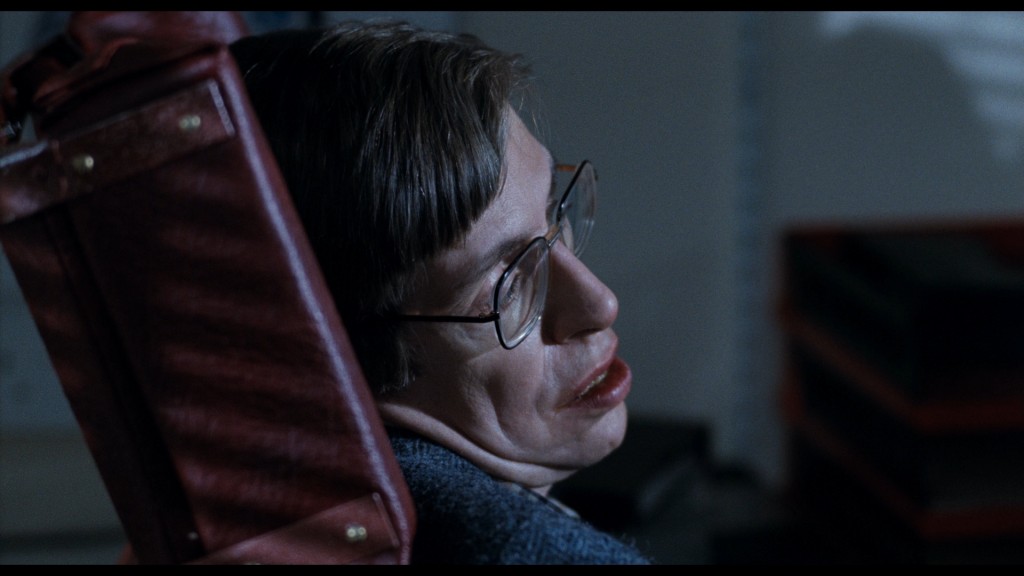 Here we have an example of how people talking about their histories can prove to be more engaging than recreations of those same events. The Theory of Everything takes place over the exact same timeframe as related in A Brief History of Time, sometimes with overlapping anecdotes (such as main subject Stephen Hawking talking about breezing through college exams). The only big difference is that Theory explores Hawking’s marriage, something that Brief History doesn’t really touch upon. This is likely because at the time of its making, Hawking and his wife had recently separated, but this was not public knowledge. So why is the biopic, which has access to this more emotional material, still lesser than the doc? It’s probably because Theory is so hidebound to cliché, whereas Brief History is a mesmerizing conversation with Hawking and those who know him best.

A bunch of Ali docs > Ali 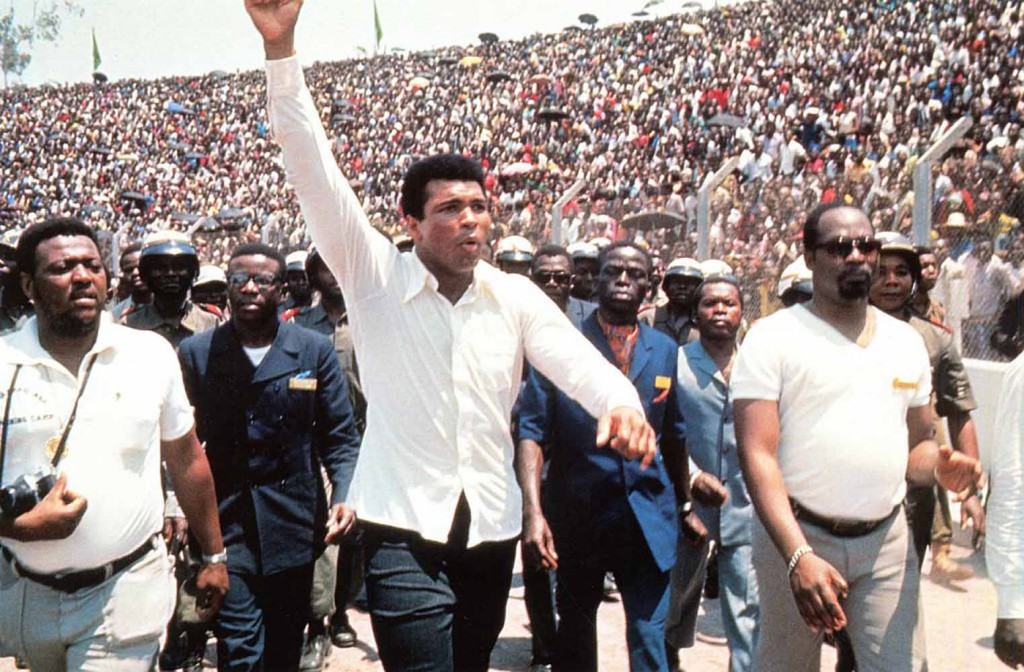 There are an awful lot of documentaries about Muhammad Ali, enough that a whole list could have been drawn up about them. The most obvious documentary alternative to the Will-Smith-starrer Ali is When We Were Kings. Given that it’s a widely loved Oscar winner, it’s almost unfair to compare anything to When We Were Kings, but the thrilling account of the “Rumble in the Jungle” event gets at why the man garnered such a devoted following.

Meanwhile, The Trials of Muhammad Ali focuses more on the boxer as a political icon, chronicling his legal battle against his five-year prison sentence for refusing to serve in Vietnam. And Facing Ali takes an interesting tack to the man as myth by talking to various boxers who have faced him in the ring. All of these convey Ali’s considerable talent and charisma straight from the man himself. Accept no substitutes (even if it is Will Smith). 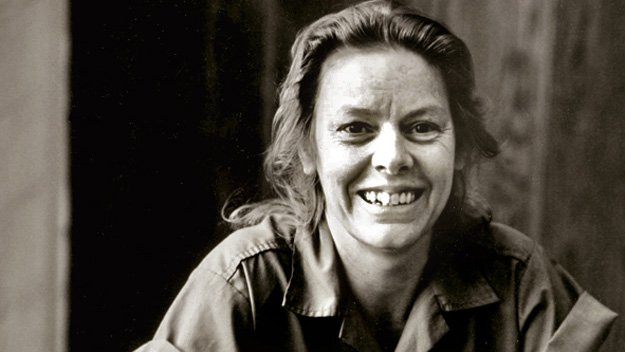 British documentarian Nick Broomfield made not one but two films about infamous serial killer Aileen Wuornos. The first, Aileen: The Selling of a Serial Killer, explores how the media sensationalized her story, while the second, Aileen: Life and Death of a Serial Killer, follows Wuornos in the last days before her execution. Pop culture often has trouble balancing its lurid fascination with serial killers with good taste and respectfully depicting true events, and Monster isn’t much different. Broomfield’s films are able to explore how law and order deals with insane individuals, without grisly, exploitative recreations of real murders. Charlize Theron watched The Selling of a Serial Killer multiple times in order to better imitate Wuornos in Monster. I can’t think of a better example of how biopics are often just playing catch-up to docs.

General Idi Amin Dada: A Self Portrait > The Last King of Scotland 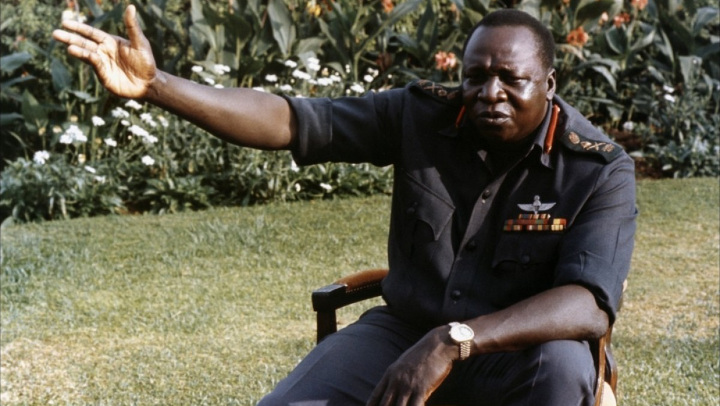 Forest Whitaker gives a fine performance in this film, but it’s bogged down by its utterly unnecessary, white, European-viewpoint protagonist. In this doc, Amin himself is the lead, witnessed and interviewed while he was still in power. The brutality of his regime lurks in the margins, though his martial obsessions are front and center. The film offers an eerie, unforgettable profile of a monster, with no need for white “gateway” characters. 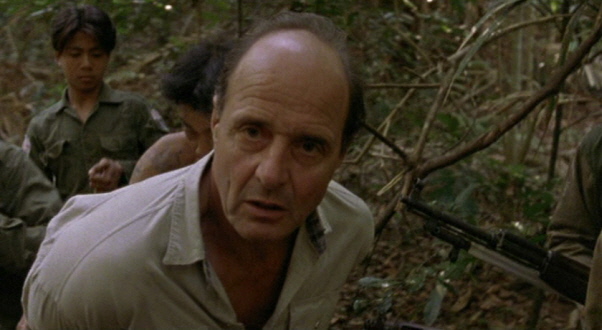 Rescue Dawn is a very good film. But it can’t match the sheer eccentric genius of the documentary on which it was based, made by the same director—the inimitable Werner Herzog. While Rescue Dawn plays with the conventions of war and prison breakout movies, Little Dieter is about living in the aftermath of trauma, and the sad or even humorous oddities that this creates. And it contains unforgettable footage of Dieter Dengler returning to the place where he was captured and held prisoner and re-enacting those events … Complete with locals recruited to play his captors.

The Times of Harvey Milk > Milk 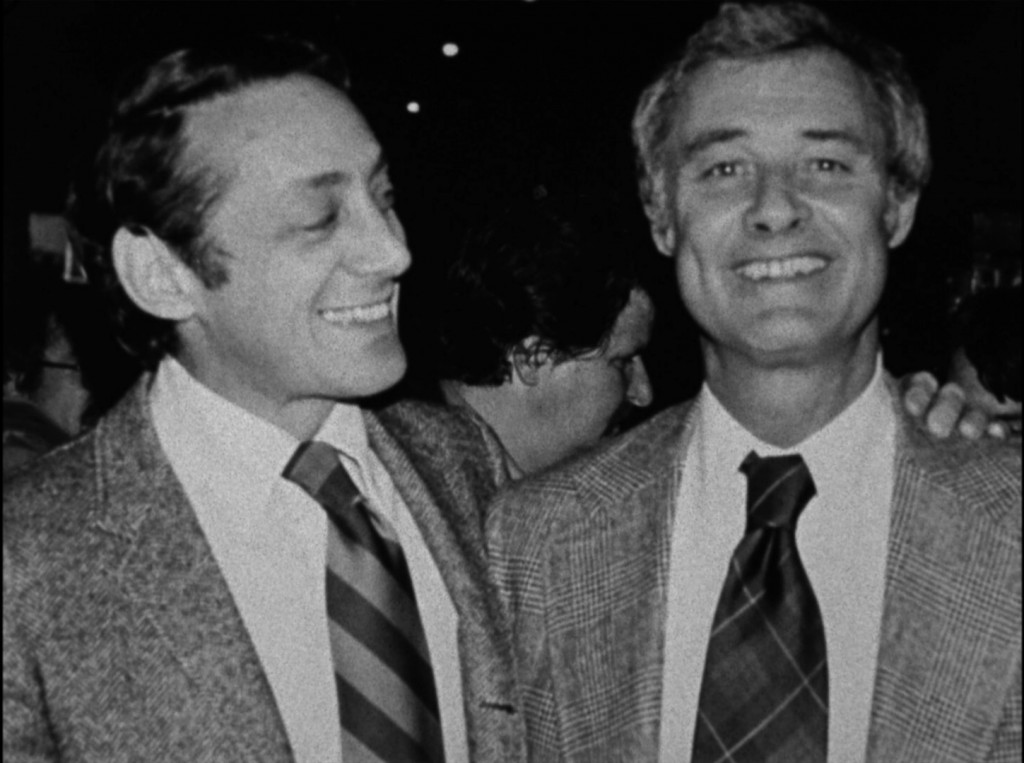 This is yet another example of a fiction film that drew direct influence from the doc in question, but it runs deeper than cribbing plot points. At certain points, Milk straight-up uses footage and/or recordings that come straight from The Times of Harvey Milk. And yet Times still manages to be a deeper emotional experience than Sean Penn giving things his all. Perhaps that’s because the biopic foregrounds Harvey Milk and takes a Cliff’s Notes approach to his accomplishments, while Times helps us understand why Milk was so important to his community, and makes his loss hurt all the more for it. 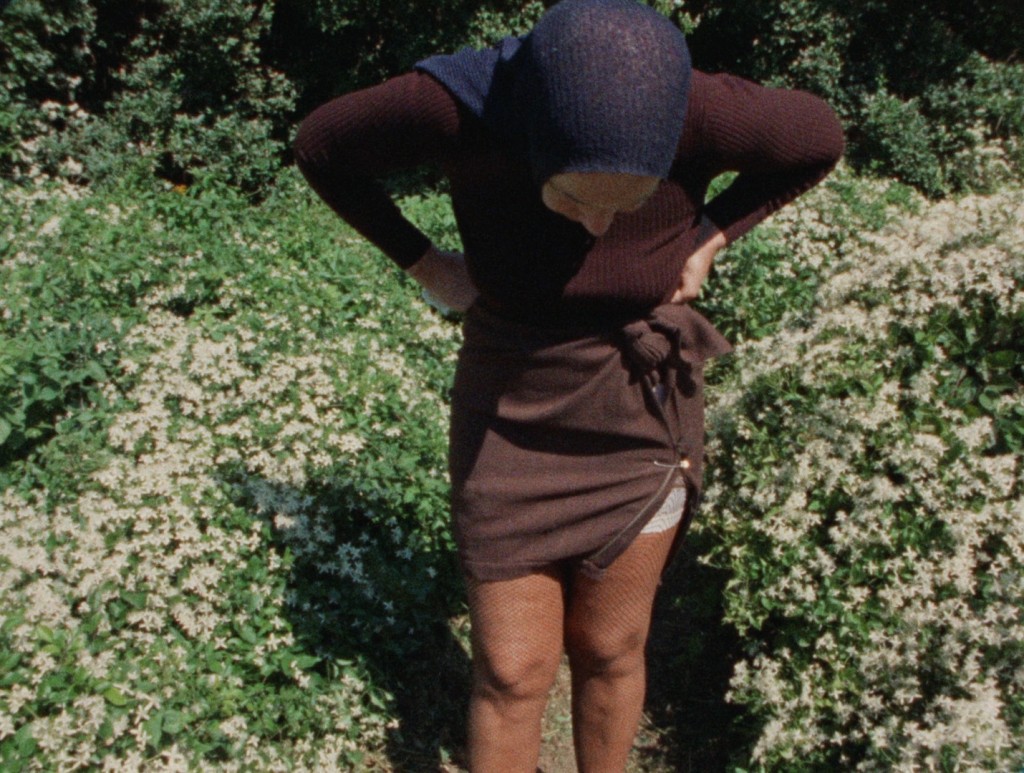 Now we’re getting even more surreal, because HBO’s fictional Grey Gardens incorporates the filming of the documentary Grey Gardens into its plot. But for all the effort that Drew Barrymore and Jessica Lange throw into portraying “Little” Edie and “Big” Edie Beale, there’s nothing, nothing that compares to watching the real women in action. All of the best lines of dialogue in the fiction piece are pretty much cribbed directly from things that the Beales said offhand in the doc. Hearing Little Edie or Big Edie describe events of their lives is far more riveting than seeing them re-enacted in the HBO film. Truth is stranger than fiction, which makes it a lot more fun. 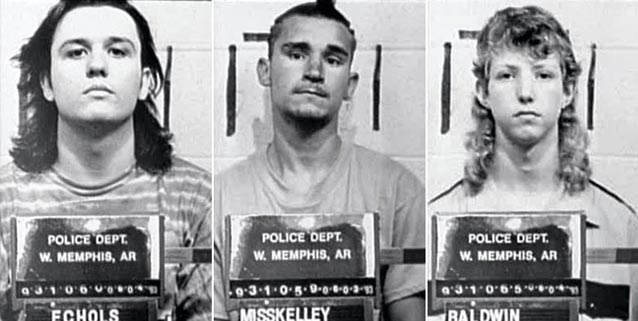 It’s a stretch to call Devil’s Knot a biopic, because in an utterly baffling move, a film about the infamously wrongly-imprisoned West Memphis Three is not actually about the Three. Rather, it follows Colin Firth being sad about them and trying to prove their innocence. Somehow, this proves less effective than footage of those young men being hung out to dry in a courtroom, or of ignorant townspeople baying for the blood of “Satanists.” Joe Berlinger and Bruce Sinofsky were on top of the West Memphis Three story from the beginning, and they kept coming back to it over the years, ultimately making three documentaries that capture the whole story, rather than the abridged version told in Devil’s Knot. The docs are often messy, but then, it was a messy situation, and they’re still a hundred times more involving than Atom Egoyan’s lackluster dramatization.

One thought on ““Truth” is Better Than “Fiction”: Documentaries That Trump Their Fictional Equivalents”