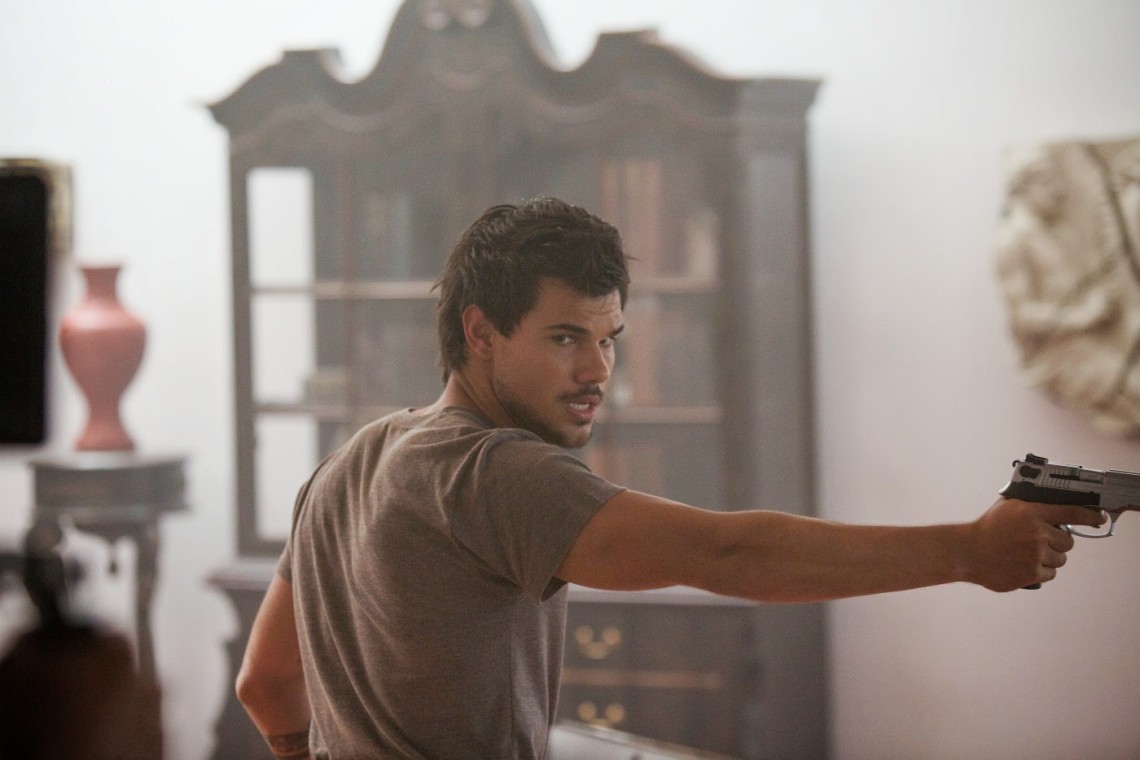 Despite Hollywood’s occasional attempts at introducing parkour into the domestic action-genre landscape, that particular athletic style hasn’t quite taken off as hoped in America, for one reason or another. Understandably, it isn’t easy to center a film about it; for producers, its free-moving, high-jumping artistry makes for risky performer insurance. And even then, who can you find to jump down three stories onto a railing, and be good at line-reading? Ipso facto, parkour has become more the breadsticks of modern-day action spectacles when it could be the full pizza pie, even when chopped to hell in Hollywood projects like Brick Mansions (2014), our stateside remake of France’s parkour landmark District B13 (2004).

Tracers responds to this issue by molding a parkour tale within a temperate indie budget, and using a recognizable star who is game to be his own stuntman but not expected to be a sturdy dramatic force. Starring Taylor Lautner, this sometimes-nifty action movie offers a fairly happy medium for a style of action choreography that deserves more exposure, especially given the potential proven here by competent filmmaking.

Akin to how Pierre Morel (whose most recent film, The Gunman, is now in theaters) made an explosive name for himself with District B13, Tracers heralds the debut of another filmmaker, Daniel Benmayor, who, through the use of parkour, exhibits an exciting eye for kinetic action. Favoring extended takes, wide shots, and an appropriately physical camera, Benmayor’s visuals do all but leap over the sides of buildings and fall when capturing the experience of its bounding characters. Under Benmayor’s direction, the camera constantly sprints with characters as they defy gravity; at other points, wide shots capture parkour as intricate physical harmony between many. After watching this film, one can only imagine what he and his cinematographer Nelson Cragg could do with more bodies and a bigger budget (on the basis of this film, at least, here’s the guy who should be directing that laughably unnecessary Raid remake, not Expendables 3 hack Patrick Hughes).

It’s a shame the energy within its jumpy action sequences isn’t as characteristic of its safe narrative, a New York story about Cam (Lautner), a city boy who turns to crime to pay off massive debts he has with a local parkour gang from trying to save his house before his widowed mother died), and in the process he finds a little friendship, and even some love (in Nikki, played by Marie Avgeropoulos). Benmayor accepts the importance of straight-faced tone to a parkour movie and aims to take these characters and situations as seriously as possible. There’s only so much such sincerity can do, though, to disguise the moth-eaten clichés at the heart of Cam’s story.

That sincerity extends into Taylor Lautner’s lead performance. The whole movie-star thing didn’t pan so well for Lautner after the Twilight films, especially when his 2011 action vehicle Abduction barely attracted an audience—and lest we forget, there was that Stretch Armstrong movie that had his name on it until it fell into oblivion. Lautner does manage to rise to the occasion in Tracers when it comes to his on-screen parkour skills, at least. He’s still frustratingly boyish and uncomfortable, but his physical commitment to the project is unfailingly earnest. For this reason, Lautner is worth rooting for, far more than his character’s boring good conscience.

In spite of its generic plot and lead actor’s blandness, Tracers has enough going for it to make it worth a look, particularly for genre fans battered by the kind of incomprehensible editing or hollow CG fakery that has characterized most recent Hollywood action spectacles. Consider Benmayor’s film one more clumsy but well-intentioned baby step toward the long-awaited palatability of parkour as a popular action-genre choreographic style.