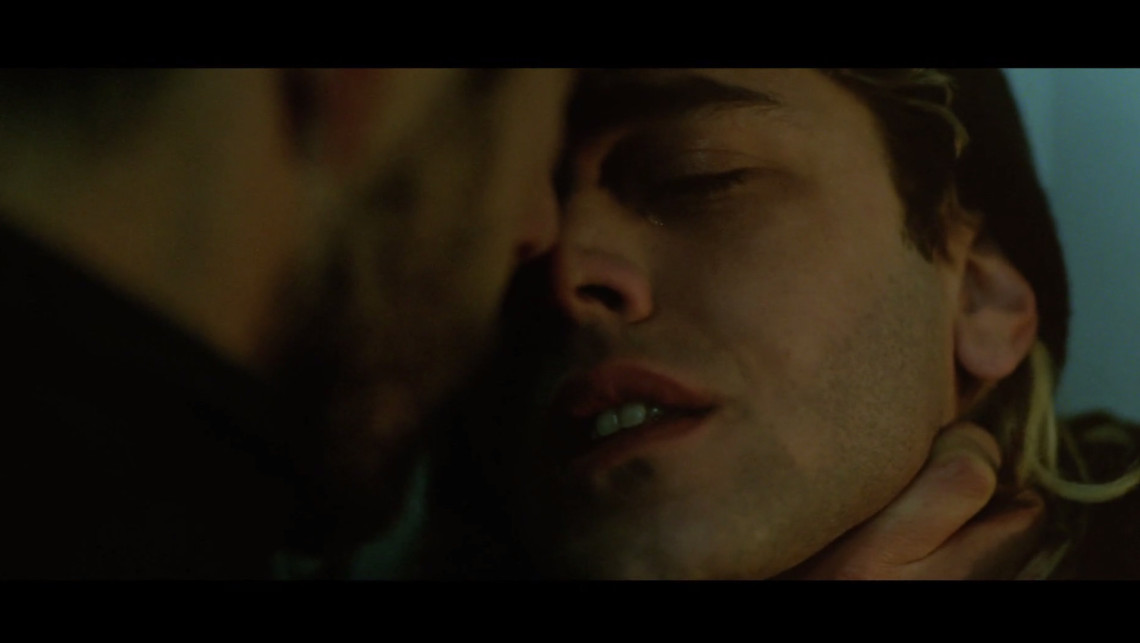 Persona of Interest: “Tom at the Farm”

In a tense scene in writer-director Xavier Dolan’s Tom at the Farm, the hulking Francis (Pierre-Yves Cardinal), his muscular form not hidden by his suit, pushes his deceased brother’s diminutive boyfriend Tom (Dolan), to the corner of a bathroom stall. They are inches apart as antipathy and animosity exudes between the two—with Francis having the upper hand both physically and emotionally. But, as is with most nerve-racking moments in the taut Tom at the Farm, there also exists a curious longing—something that could easily be read as eroticism.

Tom at the Farm is Dolan’s fourth film and is just now getting its theatrical US release two years after its debut at the Venice International Film Festival and multiple festival screenings that followed. After multiple viewings, I showed it to my friend and fellow critic Phuong Le and her immediate takeaway was: “This is Dolan’s ‘persona’ film.” It’s an apt designation. Superficially, the film is about a young gay man, Tom, who visits the bucolic home of his late lover, Guillaume. Upon his arrival he learns Guillaume’s mother was unaware of their relationship and Guillaume’s brother, Francis, knew but decided to maintain the air of heterosexuality for their mother’s benefit.

Based on the play by Michel Marc Bouchard, Dolan takes a step back from the ostentation of the rest of his filmography. There’s nothing wrong with that, for the record: his lurid colors (Heartbeats), Kubrickian symmetry (Laurence Anyways), mercurially bratty outbursts of artistry (I Killed My Mother), and formal experimentation (Mommy) are all justified within the context of their respective universes. But Tom at the Farm is more of a game than his other efforts, and, building upon those works, another example of queer appropriation. With Tom at the Farm, Dolan is able to weave in ideas of familial and romantic replacement and their ultimately destructive consequences.

For all of the talk of Dolan’s divisive style, it’s infrequent that one discusses his use of bodies, specifically. He’s a neo-portraitist at heart, which is exemplary in Laurence Anyways and Mommy. He often frames his character’s physical—not to mention emotional—dynamics within power structures, as shown in the often energetic fight for space between Di (Anne Dorval), Steve (Antoine-Olivier Pilon), and Kyla (Suzanne Clement) in Mommy, and the fluidity of gender and control between Laurence (Melvil Poupaud) and her lover Fred (Clement) in Laurence Anyways. Thus medium close-ups and close-ups proliferate throughout his filmography, but never with as much tension as is elicited in Tom at the Farm. Here the central thematic conflict is a duel of willpower and performed masculinity. As Francis, on his home turf, leans over the currently helpless Tom like a vulture over carrion, the game that they play continues to vacillate between the physical and the mental.

We do get Tom in solitude and he’s captured in these vulnerable moments in such a way that there’s bleakness slowly enveloping him. But for the most part, despite Tom being at the center of the film, he shares most scenes with Francis. As Tom’s time on the farm lengthens, creating a richly ambiguous mixture of being trapped or suffering from Stockholm Syndrome, the interplay between them becomes increasingly blurred. It isn’t so easy to call them outright enemies. They begin to need each other. One’s boyfriend is dead, the other’s brother is dead, and the implications from thereon writhe in the audience’s mind as much as Tom’s.

That sense of transference seems to solidify this idea of Tom at the Farm as Dolan’s ‘persona’ film, even daring enough to be deliberately reminiscent of Bergman’s existential nightmare Persona—even recalling certain imagery from the film and through dialogue (such as a scene that recalls the erotic tale Bibi Andersson tells to Liv Ullmann). But Dolan aims to be more Hitchcockian than Bergman-esque, and he succeeds. The young auteur exhibits an acute understanding of the libidinous danger that underlined Hitchcock’s suspense, and then applies that psychological tension to a context of homophobia. It’s not merely that danger is a turn on; it’s that the turn on is dangerous.

Perhaps most representative of that is not some play with form that Dolan’s flagrant style often toys with. Here the symbiotic nature between power and sexuality burn up the screen in a tango of all things. Francis, shapeshifting between demon and homme fatale, presents a vulnerability to the ostensibly waifish and arguably fragile Tom. He reveals himself both through words and motions and to the diagetic sounds of “Santa Maria” by Gotam Project, and it becomes clear: needful things destroy.

One thought on “Persona of Interest: “Tom at the Farm””