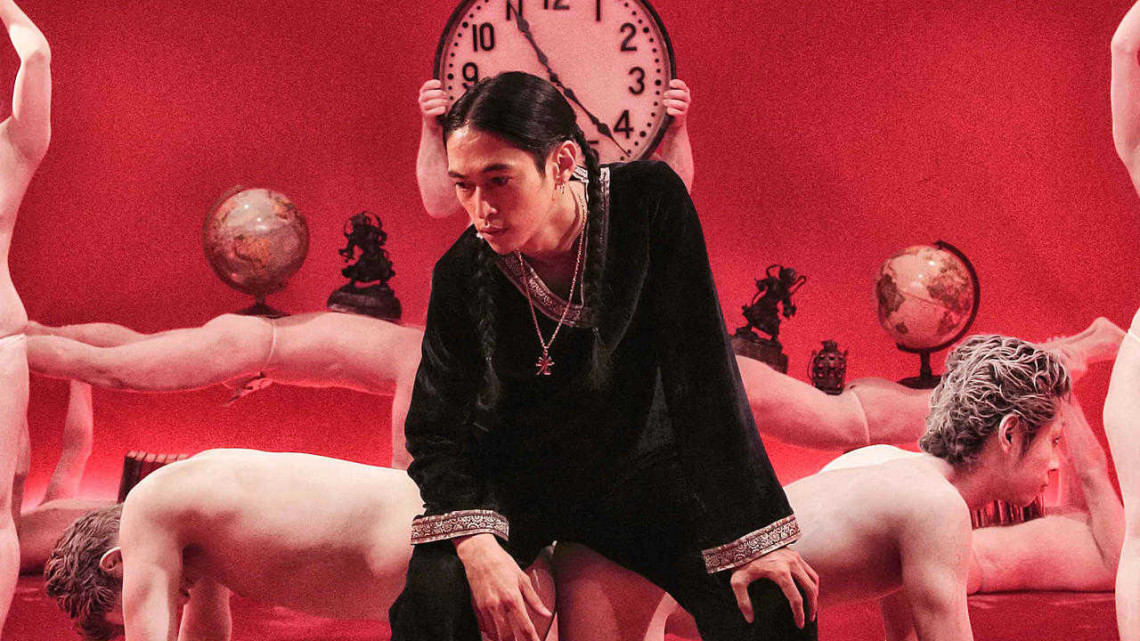 Many critics have attempted in vain to hurl comparisons to films past at the madness that is Tokyo Tribe, only to watch their references pathetically slide away from its majestic visage of grimy neon. Sure, one can draw the line from this to The Warriors or Streets of Fire or what have you, but to do so will not adequately prepare any viewer for what they have in store. Even to call it a perverted ultra-violent dystopian Japanese gang war hip-hop musical, while covering all the bases, would miss what makes the film so indelible.

Tokyo Tribe, a loose adaptation of a manga series by Santa Inoue, is the latest from writer/director Sion Sono. Over the years, Sono has become famous for directing willfully weird, often harrowing, usually sexually problematic tales that are as shamelessly messy (in both style and plotting) as their outcast protagonists. All of these descriptors go for Tokyo Tribe, which opens with a vicious gangster gleefully seizing a rookie female cop who accosts him, tearing open her shirt, and tracing a knife over her bared chest to explain the territories of the various gangs that occupy Tokyo in the film’s alternate/future reality.

That gangster, Mera (Ryohei Suzuki), is the underling to the biggest, baddest boss in the city, adipose cannibal Buppa (Riki Takeuchi). Mera’s hated rival, Kai (Young Dais), heads the Musashino Saru, a peace-loving faction which soon finds itself at the center of Buppa’s plot to pit the various tribes against one another. Amidst the escalating violence are subplots about various characters trying to navigate the madness of the city. The threads wind up and down with little regard for satisfactory traditional character arcs. Figures pop up and are discarded with callous regularity. The point is to see more of this world: more of depraved princes who use living people as furniture, more of incredible beatboxing servants, more of swearing rapping elderly women, more of Yuji Hayashida’s astonishing set work—a future Tokyo that looks like the vomit that’s resulted from every cinematic hip-hop fever dream from the 1980s onward.

Tokyo Tribe is as primal as the title suggests, a very basic battle between the forces of hate and domination and the forces of peacing out. The characters are figures, not people. They exist in a perpetual music-video world, with the camerawork and the constant braggadocious posturing to match. This movie is essentially one long rap battle, with each member of the cast getting a chance to step up and lay down ridiculously fun verses. The movie is never quite able to return to the breathless exhilaration of its relentless opening sequence, but it’s still a blast throughout.

This is an experience of much…muchness. And the entertainment only abates when the film overloads. Sion’s tracking shots are glorious, unless the frame becomes so busy that it becomes impossible to tell what the viewer is supposed to be looking at. There is sometimes the sense that Tokyo Tribe is less a film than an uncontrollable beast, and that all the artists involved are only along for the ride. Sometimes they get bucked off, but for the most part, they bronco it ably.

One thought on ““Tokyo Tribe” Is Utterly Indelible”