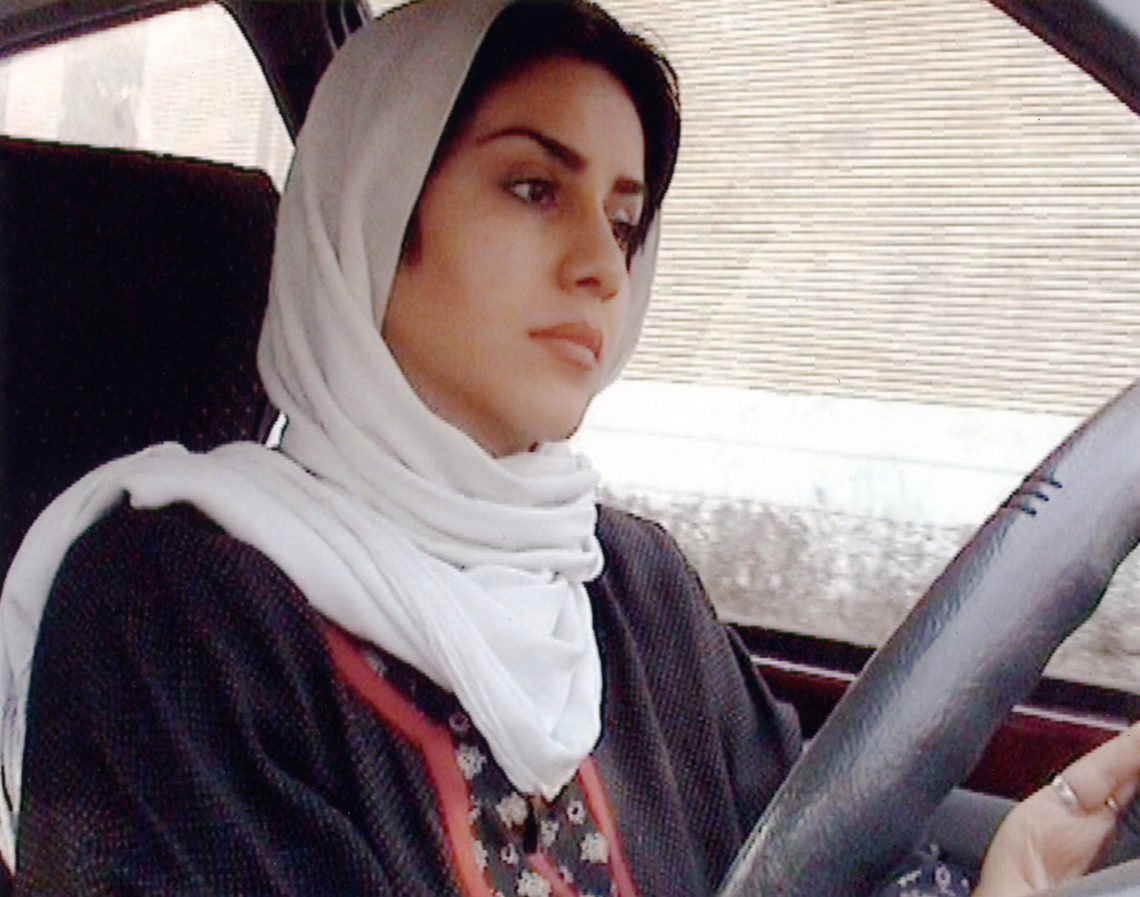 This Week on MUBI: “Ten”

In this week's spotlight on MUBI, Jake Cole looks at "Ten," from the recently deceased Iranian filmmaker Abbas Kiarostami.

Ten begins with a quaint movie countdown effect, a throwback gimmick immediately upended by the raw digital video of the first true image. The trite cinematic image anticipates an old-school film, only for the movie to begin abruptly with a child, Amin (Amin Maher), getting into a car. With a digital camera trained on the boy in an unbroken take, he begins to speak to the driver (Mania Akbari), who is his mother. This is extremely minimal cinema, with one camera, one take, and two people, only one of whom is on-screen. Yet as they converse, their exchange becomes heated, the boy swiftly dropping all pretense and attacking his mom for his lingering bad feelings over his parents’ divorce. Though not yet a teenager, he dominates the conversation, cutting off his mother to continue hurling accusations and insults. Finally, his mom yells back and defends herself, and the child promptly exits the car.

Despite the lack of setup, despite even the visibility of one of the scene’s participants (to say nothing of her name), the first segment immediately fills in a shared history between the two characters, using loose, passionate dialogue to render exposition with immediacy. This is storytelling rendered in a seemingly free pattern that disguises the deftness of its construction. Consider also the meaning of omitting the driver from the frame. The decision to only use the take focused on Amin renders a grown woman subordinate to her prepubescent male child, using her absence to visualize social gender dynamics.

As with the rest of the late Abbas Kiarostami’s filmography, the sheen of minimalism quickly breaks down upon a close reading, revealing itself as an intricate construction in which every aesthetic choice elucidates a core thesis. Ten, like a few of the director’s films, examines the role of women in Iranian society, using the unnamed driver as a nexus point for various struggles that women face. Young Amin is the only male whom we see in her car, but men hang over her interactions with the women who ride with her.

The driver’s sister commiserates with her about Amin’s behavior, and they weigh the child’s emotional turmoil and how the driver’s remarriage stings the boy as his father remains single and embittered by the separation. There’s an old woman who seems to spend all of her time traveling to and from mazars for prayer; though the driver warmly listens to her passenger’s piety, their chat is blanketed by the unspoken insinuation that the younger woman sees a possible version of her future self in her elder and finds that possibility hopelessly dull. On the flip side is an unseen woman who rides with the driver at night, her flirtatious and raunchy speech giving her away as a sex worker before it is explicitly acknowledged. Hidden from the camera as if to protect her identity, the woman nonetheless responds to the driver’s curiosity with alternately direct and teasing talk, pointing out that the other woman’s fixation on the sexual aspect of the job is typical of those not in the work, for whom it is just “trade.” 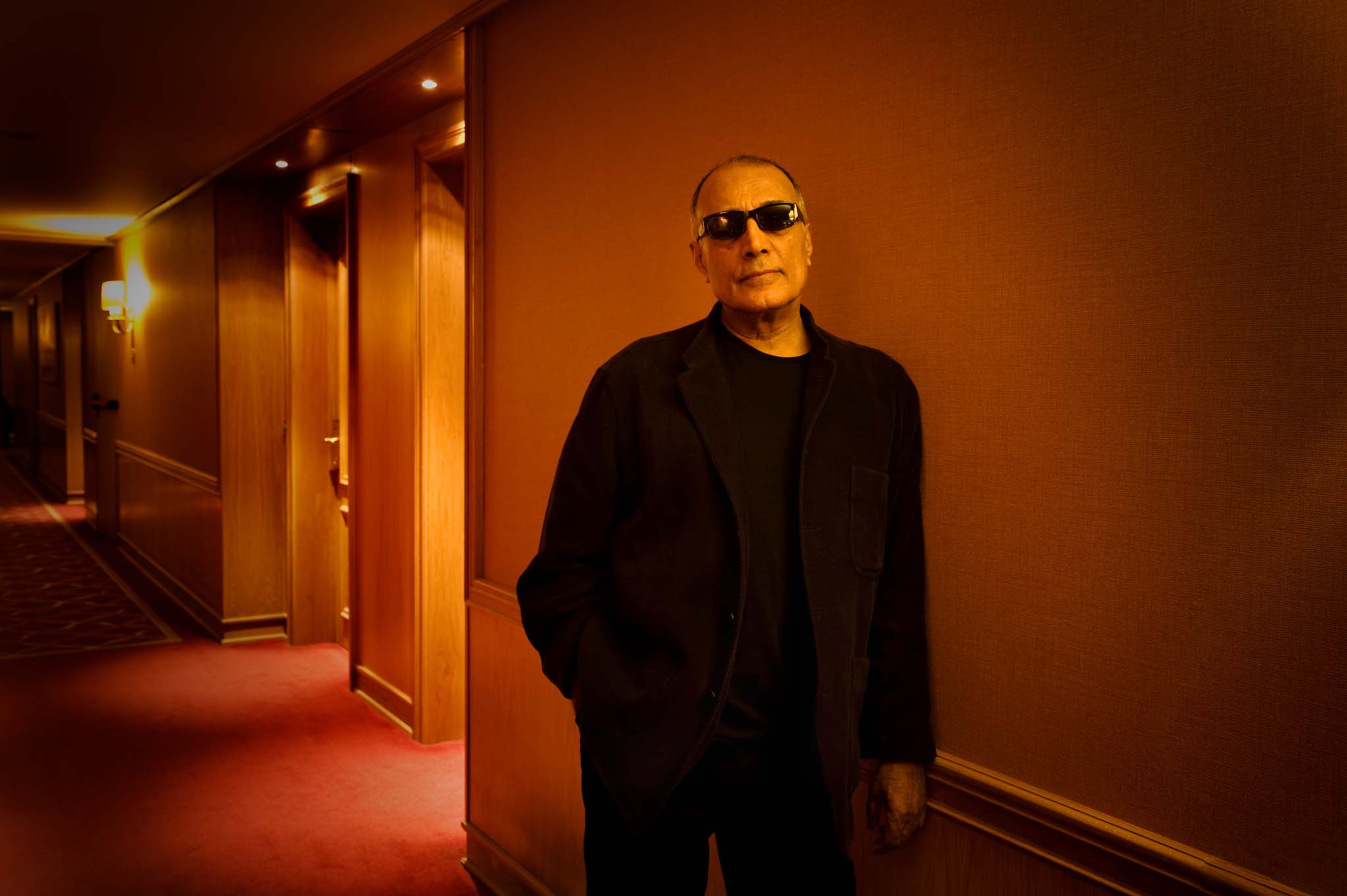 Kiarostami was regularly knocked by critics for his supposedly apolitical work, for abstract character pieces that appeared to be made for festival awards. That argument has never held much water, but it looks especially absurd in the light of a film like Ten, where the characters are so transparently metaphoric. But if these people are meant to illustrate some particular aspect of the limited role women have in Iran, their didacticism is muted by the naturalistic tenor of their speech. The prostitute does not simply pontificate self-justification; instead, her tone of voice is flecked with both amusement and irritation at the driver’s naiveté and questions she has no doubt answered hundreds of times. This audible experience turns what might have been a ponderous moral reversal into something more playful, the woman’s long-internalized mechanism for deflecting the condescending well-meaning of shameless curiosity. Elsewhere, the conversations between Amin and his mother have an extra charge because Maher is actually Akbari’s son, giving them a familiarity that lets the driver hone in on her child’s attitudes and mannerisms to occasionally lighten their fraught rides.

One could still argue that the film, the first in the director’s series of digital experimentations in the 21st century, is too much a departure for the man who’d recently come off a spate of morally inclined triumphs like Taste of Cherry and The Wind Will Carry Us. But this is still a Kiarostami movie, one propelled by the gentle inertia of deceptive listlessness. When Amin or the driver’s sister or a bride-to-be appear across multiple scenes, their recurrences feel less like follow-up and payoff than simply checking in with acquaintances. Even significant moments, such as the boy’s flashes of affection for his mother or a glimpse of the subsequently jilted bride’s now-shaved head, matter less for their character insights than the flowing rhythms of life in the driver’s car.

Cars are perhaps the key feature of Kiarostami’s filmography, the linking element of his aesthetic. The director had already filled his movies with shots of drivers and passengers, but Ten and its digital experimentation represented a new version of this style. The primitive DV struggles to handle the ever-shifting contrasts of light hitting a moving object; as such, the world outside the car is often blotted out in blinding whites. The windows, however, are always in sharp focus, revealing the smudges of fingerprints and dust that have gathered on them. This has the effect of separating the occupants of the vehicle from the world, even as the use of offscreen sound constantly places them among many thousands of other people going about their own routines. This insular aesthetic may also mark the quintessence of Kiarostami’s mobile filmmaking: always transitory, yet toward an unknown and loping destination, which may itself be right back where it started. Kiarostami may be gone, but these structures, at once cyclical and open-ended, make possible infinite returns for endless study.

If you’re interesting in watching Ten on MUBI, use your Movie Mezzanine coupon for an exclusive discount and access to a breathtaking library of cinema! Note: MUBI now offers its streaming service to North American users via a Playstation 4 app. Visit the Playstation Store to download for free.