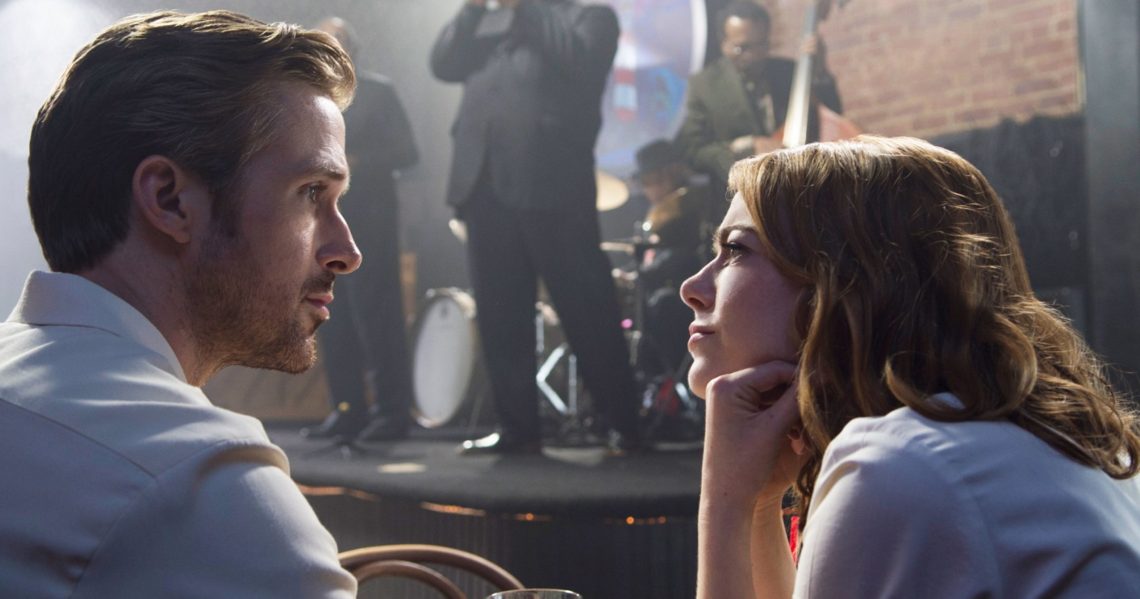 The Possibility of the Musical

Kenji Fujishima explores the connection between "La La Land" and the American remake of "Pennies from Heaven" in this essay.

Whatever you think about La La Land as a whole, even many of its dissenters are willing to concede the excellence of its finale: an American in Paris-inspired ballet sequence that dazzlingly speculates on the life that its two main characters, Sebastian (Ryan Gosling) and Mia (Emma Stone), could have had together. In this sequence especially, writer/director Damien Chazelle evinces an understanding of one of the primal appeals of the musical: Where ordinary spoken dialogue comes up short in expressing what characters feel inside, song-and-dance numbers can intervene, bridging that distance of articulation in transcendent ways. The poignancy of the final sequence of Chazelle’s film lies in that sense of regret underpinning even its most awe-inspiring visual splendors—a melancholy that suggests the vast chasm between characters’ inner romantic desires and the inevitable disappointments of reality.

After touring the international film-festival circuit throughout the fall, La La Land finally came out in limited release on Dec. 9. It was around that time, though, 35 years ago, that another, even more devastating essay on the inability of musical fantasy to measure up to drab reality was brought to theaters: Pennies from Heaven, a Hollywood musical that, at the time and for about 20 years afterward, was considered one of the musical genre’s last gasps before Baz Luhrmann’s Moulin Rouge! (2001) kicked off a decade-plus of attempts to popularly revive the form. Even in 1981, though, Herbert Ross’s film must have seemed like a profoundly strange and alienating object: a Depression-era musical starring rising comic star Steve Martin—playing a serious dramatic role after hitting it big with The Jerk two years beforehand—that regularly contrasts the grimness of its settings and time period with the kind of extravagant song-and-dance sequences that was de rigueur in musicals from the genre’s 1930s-1950s heyday. Even more idiosyncratic: The songs featured are all 1930s American-songbook standards, presented both in their original vintage recordings and in arrangements by Marvin Hamlisch and Billy May; and instead of singing these songs, the actors lip-sync them. 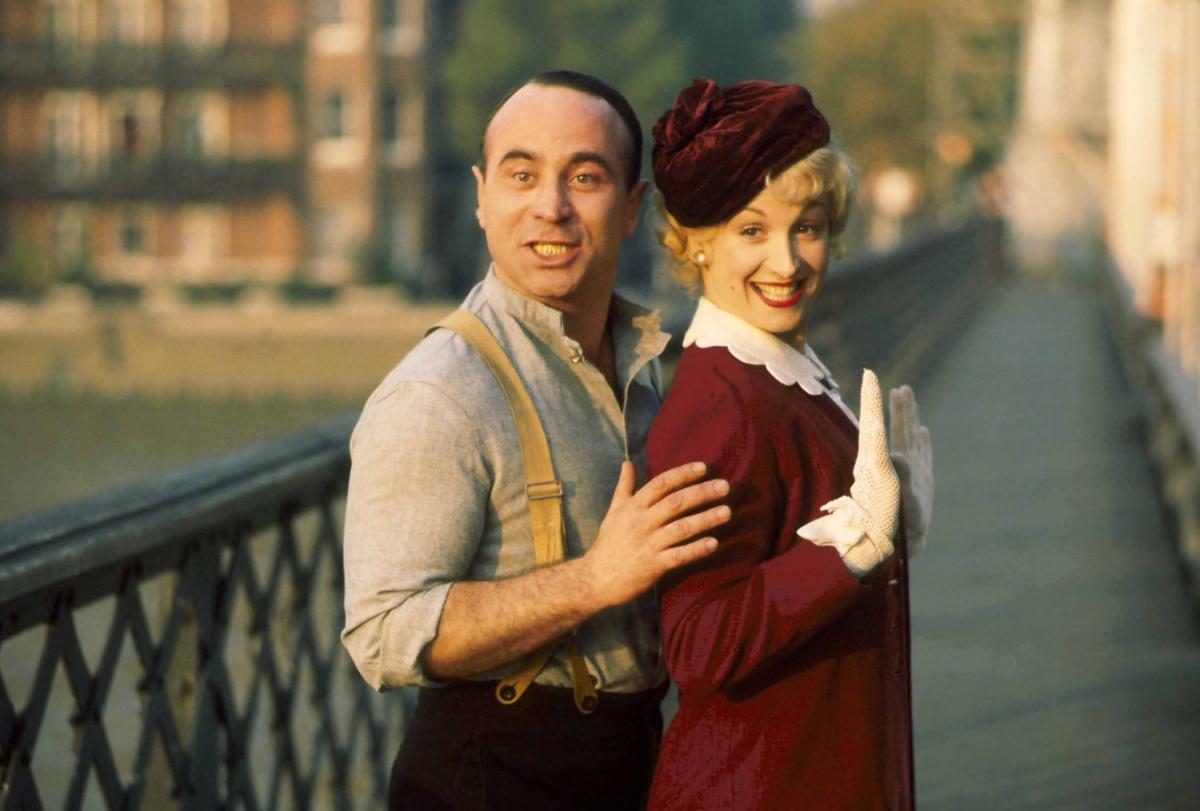 There’s more from where such subversions of standard musical tropes came from. The screenwriter of Pennies from Heaven, Dennis Potter—a major artistic force in British television from the 1960s to the 1980s—had originally explored these ideas in a six-part BBC miniseries in 1978 starring Bob Hoskins in the role that Martin would inhabit in the U.S. film adaptation. It’s worth delving into this longer previous incarnation a bit, because though Ross’s film stands quite strongly on its own, it can’t help but pale a bit in comparison. Certainly, there is the matter of the considerably different lengths, with Potter requiring 450 minutes on television to tell basically the same story that he would eventually compress to 108 for the screen. But though one may be grateful for the relative concision of the film version, the longueurs of the TV version do allow for a deeper immersion in the repressive social milieu of its 1930s England setting, making its breaks into fantasy feel even more sublime as a result.

But it’s the casting of Hoskins versus Martin that points to a crucial difference between the two works. This was Hoskins’s star-making role in the U.K., and it’s not difficult to see why he made such an impression. To Arthur Parker, the ceaselessly yearning, sex-starved, self-delusional sheet-music salesman who constantly wishes life were like the songs he struggles to sell, Hoskins brings a remarkable combination of off-putting brutishness and melting romanticism, empathizing with the character’s innermost desires while refusing to soften his darker edges. It’s this kind of sensitive machismo that led an earlier generation of filmgoers to revere Marlon Brando in A Streetcar Named Desire and On the Waterfront. Steve Martin can’t help but seem a bit too clean-cut and nice by comparison; the callousness with which he keeps demanding sex from his frigid wife, Joan (Jessica Harper) and his ultimate abandonment of Joan for the more sexually open Eileen (Bernadette Peters) carries less of a visceral sting than it does in Hoskins’s grittier characterization. Hoskins’s brutal honesty is also reflected in the rougher visual quality of the made-for-TV original, with its mix of video and 16mm film, compared to the relatively slicker 35mm images of Ross’s film. If the ’78 Pennies from Heaven reflects the unvarnished truth of fantasy and reality as Potter sees it, the ’81 version comes off as a more softened version of that same truth. 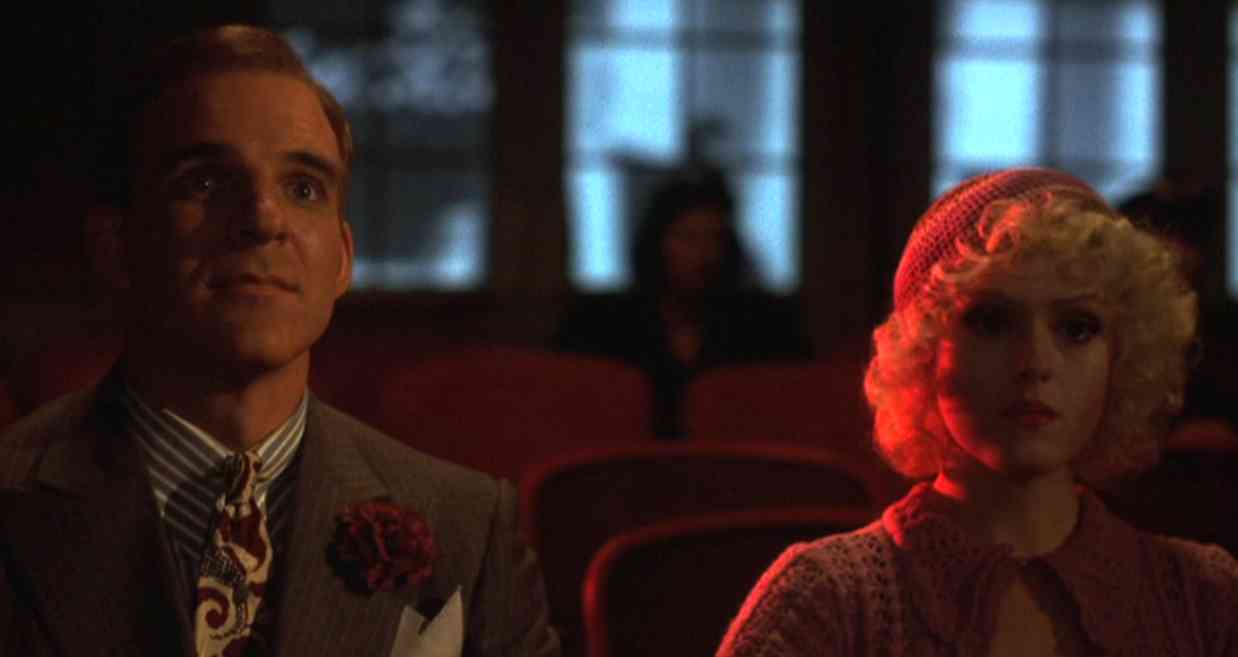 Still, it’s startling how much of Potter’s original vision survives the across-the-Atlantic transposition. In her otherwise rave review of the film for The New Yorker, Pauline Kael did subject Ross’s direction of the pure-dialogue scenes to some critical scrutiny, finding them too slowly paced and static, as if Ross was so afraid of Potter’s jet-black humor that he kept “trying to sneak [normal life] back in…treat[ing] the piled-on sentimental gloom tenderly, as if it were meant to be real life.” If only she had seen the miniseries, which Piers Haggard directs in basically the same way; most likely, Ross is merely taking his stylistic cues from the source material. Besides, it’s that stark contrast between the harsh reality of life in the Depression and the uninhibited exhilaration of these characters’ fantasies that gives Pennies from Heaven its strangely affecting charge.

And oh, what fantasies Ross, Potter & co. come up with for the U.S. version! Busby Berkeley—that mad genius of grandiose physical movements and eye-filling geometric patterns—is the presiding godfather of Danny Daniels’s choreography, evident in the host of chorines he brings into a musical number at a bank, and the army of top-hatted gentlemen accompanying Arthur and Eileen in a black-and-white number inspired by a similar scene in the Fred Astaire/Ginger Rogers musical Follow the Fleet. Meanwhile, there’s Ken Adam’s production design, which reaches an early peak in the Depression-era mural that serves as a backdrop to a startlingly beautiful dance routine executed by the destitute Accordion Man (Vernel Bagneris) in a number set to the titular “Pennies from Heaven” song. All of this is captured by cinematographer Gordon Willis with his usual exquisite sensitivity to light and shadow; his evocatively dark lighting in the interiors of many of the dialogue scenes so effectively conveys the characters’ fear and despair that it achieves the equivalent psychological expression of the TV version’s visual roughness.

Ultimately, though, it’s that core stylistic conceit of having characters lip-sync to American standards—using those songs to express what they themselves are unable to do in real life—that stays with you, in both incarnations. Sure, in one sense, Pennies from Heaven is a pointed subversion of the usual optimistic high spirits of most classic movie musicals. And yet, in another sense, Potter’s material is a validation of the musical genre. What is music, after all, other than an attempt to transcend the limits of ordinary human expression to express the ineffable? Musicals simply take that to the nth degree. Potter might tell a darker and more despairing story than most, but while he makes us aware of just how much musical fantasy fails to live up to reality, that doesn’t mean he’s contemptuous of the fantasy. As bleak as Pennies from Heaven is—and in the film, you don’t get much bleaker than the implication at the end that only after Arthur has died is he finally able to use his own voice to express his desires—the sheer imagination with which it exults in the possibility of the musical form to offer temporary relief from the dreariness makes it, against all odds, a life-enhancing experience even now.