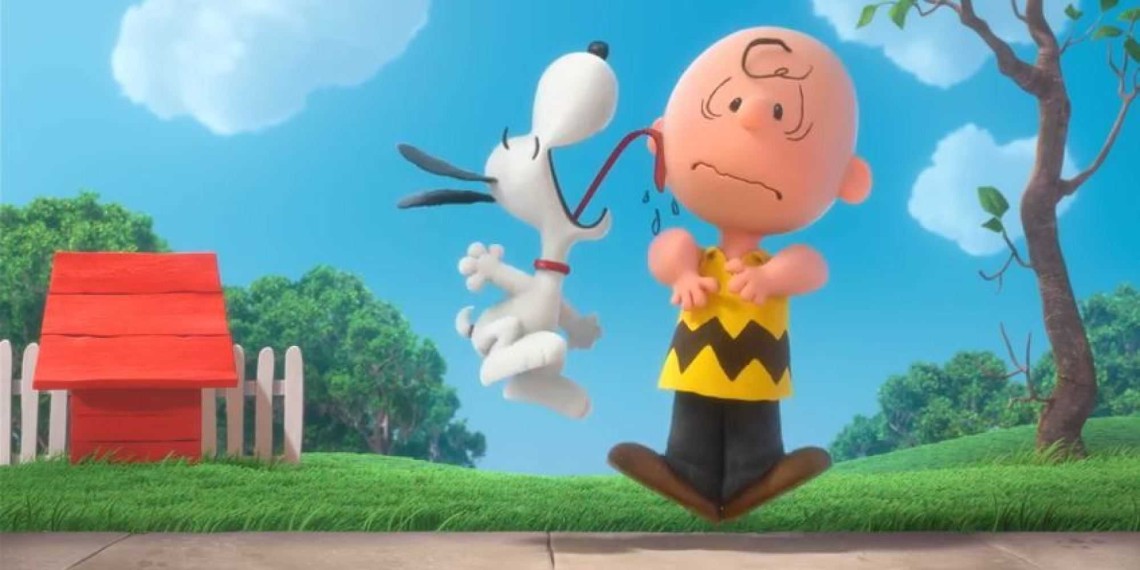 “The Peanuts Movie” Is A Respectful Love Letter to Fans

The Peanuts Movie is a love letter to fans and a respectful ode to creator Charles Schulz’s timeless characters. It neither embraces the current trend of justifying and explaining every element that made its subject so beloved, nor does it stitch the diminishing returns of an origin story into its plot. Instead, the Peanuts crew—Lucy, Sally, Snoopy, Linus and good ol’ Charlie Brown—are rendered as they always were: Their characteristics are frozen in time, awaiting another visit from those of us who’ve cherished them since childhood. The result is as comforting as Linus’s ubiquitous security blanket, and just as familiar, for these are characters who have never left popular culture. Since 1965, they’ve been spreading holiday cheer courtesy of the award winning TV special, A Charlie Brown Christmas. Fifteen other TV specials and an infinite number of MetLife TV ads followed.

To get viewers to pay for something they can see at home for free, Blue Sky Animation has given The Peanuts Movie a 3-D makeover, both in the character design and the movie itself. Of the film’s 3-D effects, I have, as usual, no opinion. But the animators deserve heaps of praise for converting Schulz’s two-dimensional drawings into flawless three-dimensional CG. Schulz’s minimalist mastery of facial characteristics remains prevalent, from Charlie Brown’s squiggle of hair to the worry lines that bracket the small dots that function as a character’s eyes. The animators also keep the character’s movements, and their placement within the frame, as close to their much flatter cartoon counterparts as possible. In an era where CG is used to make everything look perfect, it’s a joy to watch so much effort being spent on bucking that trend.

As with most Peanuts outings, The Peanuts Movie is a series of vignettes that have the barest sliver of a traditional plot line connecting them. The plot line here is thicker than expected, but the vignettes are not surprising. Writers Craig and Bryan Schulz (son and grandson of Charles) and Cornelius Uliano cycle through a grocery list of every familiar scenario fans can expect; the feeling of déjà vu is at once welcoming and a little irritating. When Charlie Brown flies a kite, we know the kite-eating tree will devour it. When he pitches a ball, even at a stationary snowman, we know it will come flying back to violently disrobe him. Vince Guaraldi’s familiar classics populate the soundtrack. Sally is still pursuing her Sweet Babboo, Linus; and Linus’s sister, Lucy, still carries a torch for tiny piano player Schroeder. Snoopy is still acting a fool when he’s not chasing the Red Baron, and he’s still voiced with the magnificent squeals of the late animator Bill Melendez.

That there is nothing new under the sun here isn’t really a problem; I found myself smiling with recognition many, many times. What is problematic is the film’s focus on Charlie Brown and Snoopy at the expense of the other characters. Think about the sweet examinations of pathos between Chuck and Linus leaning against a brick wall; or the frustrated comic back and forth between Peppermint Patty and the girl who calls her “Sir,” Marcie; or Lucy’s failed attempts to replace Beethoven in Schroeder’s heart. These side stories are all touched upon in The Peanuts Movie, but not with their usual thoroughness. These diversions kept the main stories of Charlie Brown’s dreadful luck from becoming too cruel or taxing. Relegating them to throwaway status sends the film a bit off-kilter.

Two “love stories” anchor The Peanuts Movie. The first is between Snoopy, his nemesis The Red Baron and Fifi, a poodle pilot who wields a mean plane before becoming a damsel in distress. The second, more prominent one deals with Chuck’s pining for the Kardashian of the comic strip, The Little Red-Haired Girl. In 2015, the retro nature of this character might raise an eyebrow or two. She has no name, and no defining features outside of her beauty and her coif. She becomes Chuck’s obsession based solely on her looks, to the point where he not only does her book report for her, he chooses War and Peace as the book in question to impress her. While The Peanuts Movie gives more luck to Charlie Brown than usual, it’s almost impossible for a newcomer to the series to care about this one-sided relationship.

Keeping it retro also doesn’t work for Franklin, the sole black character who, even in my youth, aggravated the hell out of me with his complete lack of personality. He’s brown, and that’s basically it. Granted, he gets more lines here than The Little Red-Haired Girl does, but they both should demand better representation. Hell, I wish Huey Freeman would drag Franklin’s token ass to the Boondocks, but that’s just grumpy old me.

All grouchiness aside, there’s enough nostalgia here to cancel out any complaints the more cynical adult version of me could muster. Still, nothing in this film came close to giving me the cherished feeling I got from the last big-screen Peanuts adventure. I can’t suppress the Kool-Aid smile I get remembering Snoopy’s Easy Rider homage in Race For Your Life, Charlie Brown (1977). As the famous beagle blazed across the big-screen on a motorcycle, with Charlie Brown riding perilously along, I decided at age seven that Snoopy was my hero. Nowadays, he’s just my dental-insurance agent. Growing up really sucks.