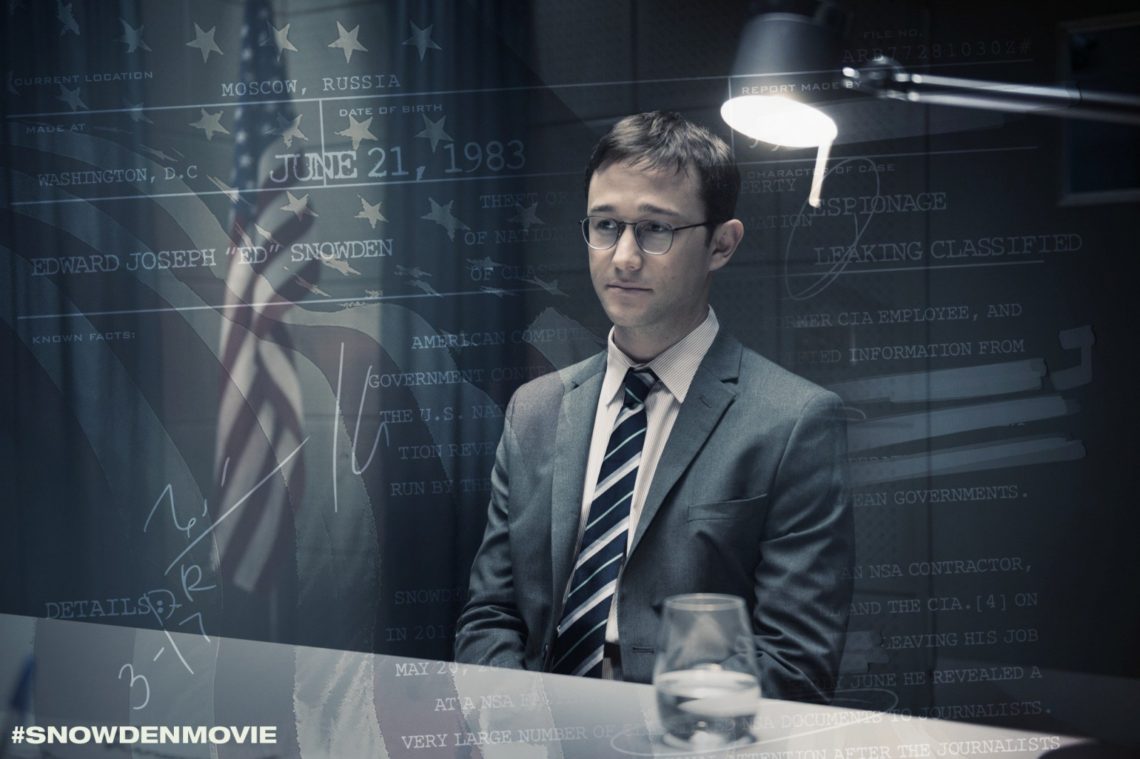 In their respective films, Oliver Stone and Clint Eastwood examine the concept of duty as going beyond title.

In a late scene in Oliver Stone’s Snowden, Joseph Gordon-Levitt’s titular whistleblower sits at a bonfire with NSA friends, relating the story of how the Nuremberg trials eventually led to the prosecution of average people—judges, doctors—who were simply following orders. It’s a familiar story, and one of Stone’s characteristic broad strokes, but it’s also a clear sign of how the film’s Edward Snowden views his duty to his country as going beyond the parameters of his job. Snowden uses this conversation, and ten years’ worth of experiences, as a lens through which to view Snowden’s choice to leak classified information, the act that’s ultimately the only concern of the U.S. government. Watching the film and thinking of that dilemma, I was reminded of Tom Hanks’ line in Clint Eastwood’s Sully: “Over 40 years in the year, but in the end I’m going to be judged on 208 seconds.”

At first glance, Eastwood and Stone’s latest efforts have little to do with each other beyond one-word “S” titles and close proximity in release dates early during the dreaded awards season. One was made by a firebrand liberal who had spent much of his early career railing against war, corporate greed and government secrecy and has gone from pro-Bernie to pro-Jill Stein in the 2016 election; the other was directed by a harder-to-pin-down libertarian whose most prominent recent political activities (a bizarre 2012 RNC appearance with a chair and a generally Trump-friendly Esquire interview) have overshadowed past anti-war and pro-gun control opinions. But Sully and Snowden feature striking similarities in how they examine the concept of duty as going beyond title, and how major figures justify their actions when weighed against governing bodies. 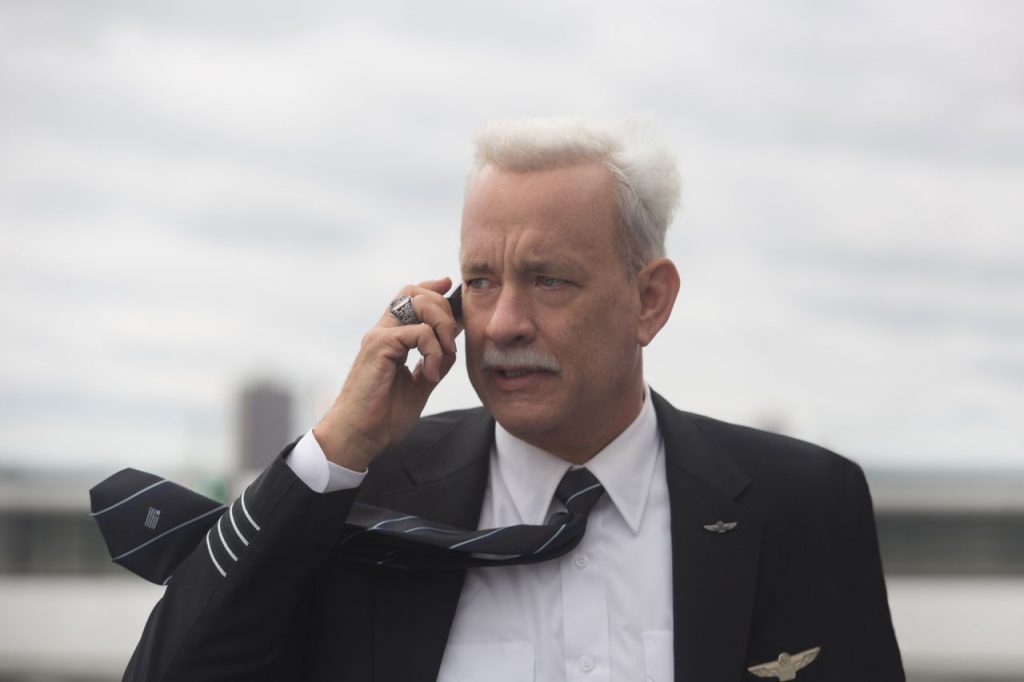 As depicted in Eastwood’s film, Captain Chesley “Sully” Sullenberger is terse and a bit overly serious (especially compared to Aaron Eckhart’s more humorous First Officer Jeff Skiles) but essentially friendly, a great pilot and a quintessential Good Man. Spare flashbacks to his training show his instinctual gifts as a pilot, with one showing him pulling off a tricky landing to the surprise of his copilot.

Most of Sully, however, takes place either after his fateful landing on the Hudson River or as a remembrance of how it happened from the perspectives of those who witnessed or survived it – Sully, Skiles, a few passengers who rushed to make the plane, the local Coast Guard who pulled them out of the river, even a few New Yorkers who must have briefly thought they were witnessing another 9/11. Sully and Skiles must then justify their choice to land on the river rather than make their way to an airport to the National Transportation Safety Board, which initially claims he could have done so and avoided losing the plane.

Sully’s choice weighs heavily on him in conversations with his wife (Laura Linney) and with Skiles, as well as in public as he deals with PTSD and the uncomfortable veneration he gets on the streets and in local bars. Eastwood and cinematographer Tom Stern place Hanks in shadows in his hotel or bars, allowing the actor to show a man whose short time in New York feels like an eternity as he stews in doubt and frustration, sure he made the right decision but with full knowledge that if he didn’t, his career is over and he potentially endangered the lives of many. His story is a human one, his struggle put before a board that takes a clinical, detached view of his actions, using simulators to show how Sully could have prevented the crash. 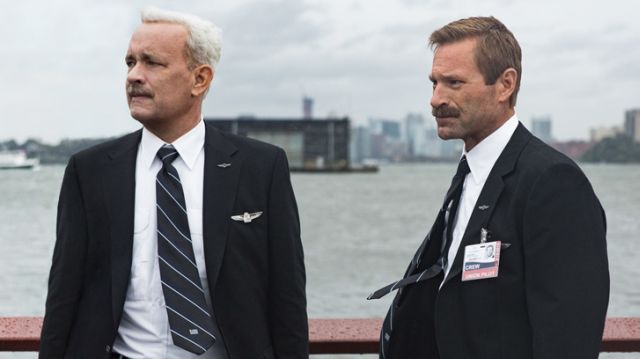 The view of bureaucracies failing individuals or communities is in keeping with Eastwood’s point of view, one he’s expressed in the past: the law failing the aggrieved (Unforgiven, Mystic River, Sudden Impact) or persecuting them (Changeling); of soldiers exploited (Flags of Our Fathers) or led to their deaths without concern (Letters from Iwo Jima); of a country misleading or using both Native Americans and settlers (The Outlaw Josey Wales). In Sully, both Sullenberger and Skiles are grilled by a group hoping to find any sliver of a chance of blame for someone the public considers a hero; they fail only when Sully introduces the human factor to their simulations, demonstrating that his landing was not only necessary, but humane – the only way that sees any of the passengers surviving, let alone all 155.

Snowden takes place in flashback as well, but in greater doses, with Edward Snowden’s fateful meetings with Laura Poitras and Glenn Greenwald serving as a framing device for the ten years of Snowden’s life before his decision. Like Sully, Snowden speaks and acts with a measured tone (albeit in a droning cadence that’s far removed from Hanks’ more expressive voice), impresses those around him early in his training, and is the conservative center in the film’s central partnership (this time a girlfriend, played with warmth by Shailene Woodley).

That conservatism is literal, in this case, compared to his liberal girlfriend, but like Sully, Snowden isn’t an immovable object. Rather, he’s viewed as someone who, through the slow buildup of life events and governmental transgressions, is finally able to make a great task possible. Snowden participates in illegal actions taken by his government, from the manipulation of a banker in Geneva to the documentation of billions of Americans’ phone calls. He’s gripped by doubt and paranoia, viewed under the ever-watchful eyes of his own employers (including, in one chilling scene, a Big Brother-esque video call from Rhys Ifans’ reptilian mentor). 9/11 is echoed in his story, too, with Snowden citing it as the most important day of his life, the one where he decided to do something for his country—though in a far different fashion, as it turns out, than the man who was hesitant to criticize President Bush’s involvement in the Iraq War would have anticipated. 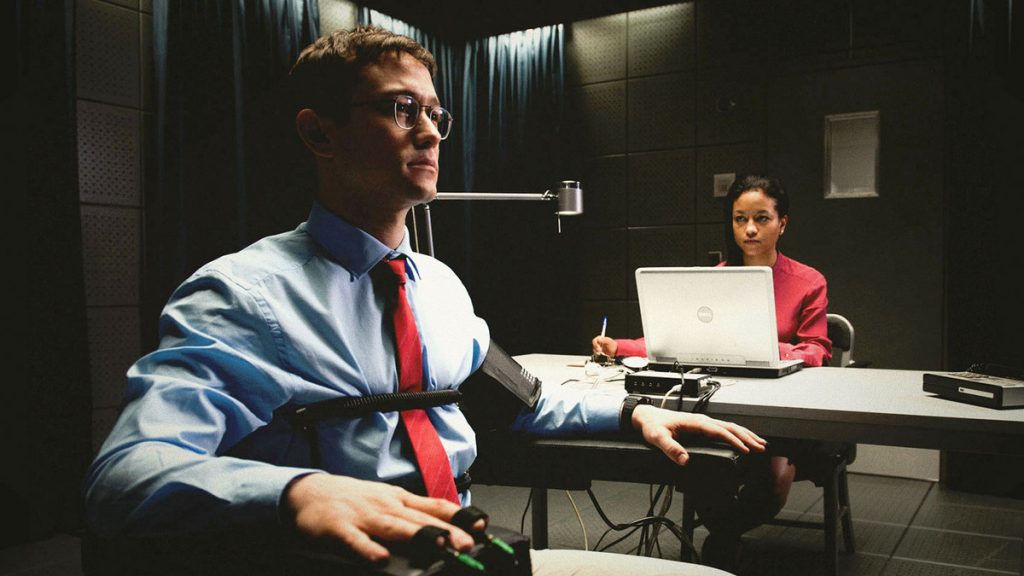 One needn’t look hard to find Oliver Stone’s jaundiced view of governing bodies, from the cover-ups of JFK and Nixon to acts of war on false pretenses in Platoon and Born on the Fourth of July, from corrupt DEA agents in Savages to law enforcement officers who are just as crazy as serial murderers in Natural Born Killers. Stone’s view is less individualistic than Eastwood’s even as it takes Jefferson Smith figures like Ron Kovic, Jim Garrison, or Edward Snowden to show the way. Stone’s concern is less anti-bureaucracy and pro-individual and more about people who fail the high offices they’re given (be they military or governmental) and the large bodies of people harmed in the way. Snowden’s hero is given more time to consider what must be done than Sully’s, but his act is no less necessary or heroic because of it.

Snowden and Sully have different methods. The former is sprawling in time and space. The latter is spare, even for a filmmaker as classically inclined as Eastwood. Their protagonists are treated far differently in the end: one is celebrated, the other wanted for prosecution or worse. But both films take their central dilemmas and the firestorm around them seriously, acting as pleas for greater consideration for those authoritative bodies.

They also both recognize that the great actions of their heroes are made possible only by smaller acts of the people around them. Snowden’s heroics are made possible not only by sympathetic co-workers who choose not to turn him in and the journalistic forces who bring his work to light, but in a more cosmic sense by those who pushed him in the right direction (Woodley, Nicolas Cage’s kinder mentor, previous whistleblowers tarred and feathered by the government). Sully’s heroic flight, and the survival of every passenger, is made possible by the air traffic controller who tries to guide them in, by Skiles serving as a steady first officer, by the flight attendants going through safety measures and by the Coast Guard, who pull the survivors out of the freezing water.  One film sees great success because of a lot of people doing smaller jobs. The other sees great success through several people technically going against their jobs. Sully is the more successful of the two films, both because its greater focus makes its breaks from Sully’s perspective more purposeful and because Stone’s script for Snowden doesn’t actually afford most of its supporting cast much meat. But there’s a shared ethos between the two films, one that suggests that politics don’t change what’s right.