SNL In Review: Will Forte and “MacGruber”

In SNL IN REVIEW, we look back at some of the notable cinematic efforts from Saturday Night Live alum, and place them in context of the actor-comedian’s career.

For years, Will Forte quietly developed one of pop culture’s most slept on comic personas. It’s understandable. He exudes a fundamental decency– understated, average – which makes him easy to overlook. Unlike his contemporaries at SNL, he does not sing flashy dick-themed duets with Justin Timberlake. He hasn’t captured the public’s imagination by penning a mega hit like Bridesmaids (2011).

Rather, Forte’s strengths lie in what made his casting in Alexander Payne’s Nebraska (2013) so inspired and effective a few years ago. At the time, Payne stated Forte was “capable of communicating a certain wide-eyed quality toward life and also damage.” But whereas his dramatic role as David cast him as a put upon son, in comic situations that simmering resentment is allowed to fully explode.

Namely, his recent FOX sitcom The Last Man on Earth works, in part, because Forte walks a tightrope of unhinged likability. He’s unmistakably a “jerk,” as others have pointed out, yet remains endearing. Forte’s Phil Miller/Tandy is bitter, egotistical, and cowering. These traits, however, are also obviously human, even when played broadly. Back on TV – a full circle transition after cutting his teeth writing for 90s sitcoms and joining SNL – Forte has perfected the art of the flawed, yet relatable creep.

Most memorably, his adaptation of the SNL sketch MacGruber (2010) — which turns 5 this week — shows Forte wholly owning the dance between pitiable human being and raging narcissist. Against the odds, however, MacGruber is the rare SNL adaptation which transcends its sketch origins, offering genuine laughs. More than a skit stretched to 99 minutes, MacGruber recalibrated wisely for its big screen treatment, fleshing out its main character’s personality and – in the process – providing Forte with a persona he’s utilized since. There and now, he is the perverted everyman.

SNL characters have a notoriously iffy track record being adapted into feature length films. As a whole, the majority of them are sunk due to their character’s limited appeal outside a two-minute sketch. Of the exceptions, The Blues Brothers (1980) and Wayne’s World (1992) succeed by exploring the broader universe for those characters, and, perhaps not coincidentally, were co-written by their creators (Dan Aykroyd, Mike Myers). Unlike MacGruber, Wayne’s World’s success centers on the already-proven popularity and established voice of its main character, Wayne Campbell. Jake and Elwood Blues, on the other hand, had to be fleshed out; like MacGruber, their presence on SNL was less personality-driven, giving its creators a blank slate when crafting the film.

As a sketch, “MacGruber” isn’t wholly different from many other Saturday Night Live skits to be turned into a movie, in fact. That is to say “MacGruber”’s basic premise is just as paper-thin as “Ladies Man” or “Coneheads.” To recap, “MacGruber” essentially spoofs the late-80s/early-90s syndicated show MacGyver, in which a secret agent deactivates bombs through quick thinking and ingenuity. On SNL, MacGruber invariably becomes distracted, resulting in the bomb’s detonation, killing him and his friends.

As a film, MacGruber does not particularly feel like it began on SNL. It certainly doesn’t look like one. Directed by Lonely Island’s Jorma Taccone (AKA Booth Jonathan),visually MacGruber is worlds apart from the low production value of previous Saturday Night Live adaptations, especially the crude SNL Films output from the 90s. Unlike, say, It’s Pat (1994) or Superstar (1999), MacGruber plays against its sketch limitations by shrewdly establishing its own cinematic logic. With its “authentic action movie” conceit, the film manages to distance itself from its repetitive sketch trope and doesn’t look back, save for one scene near its conclusion. 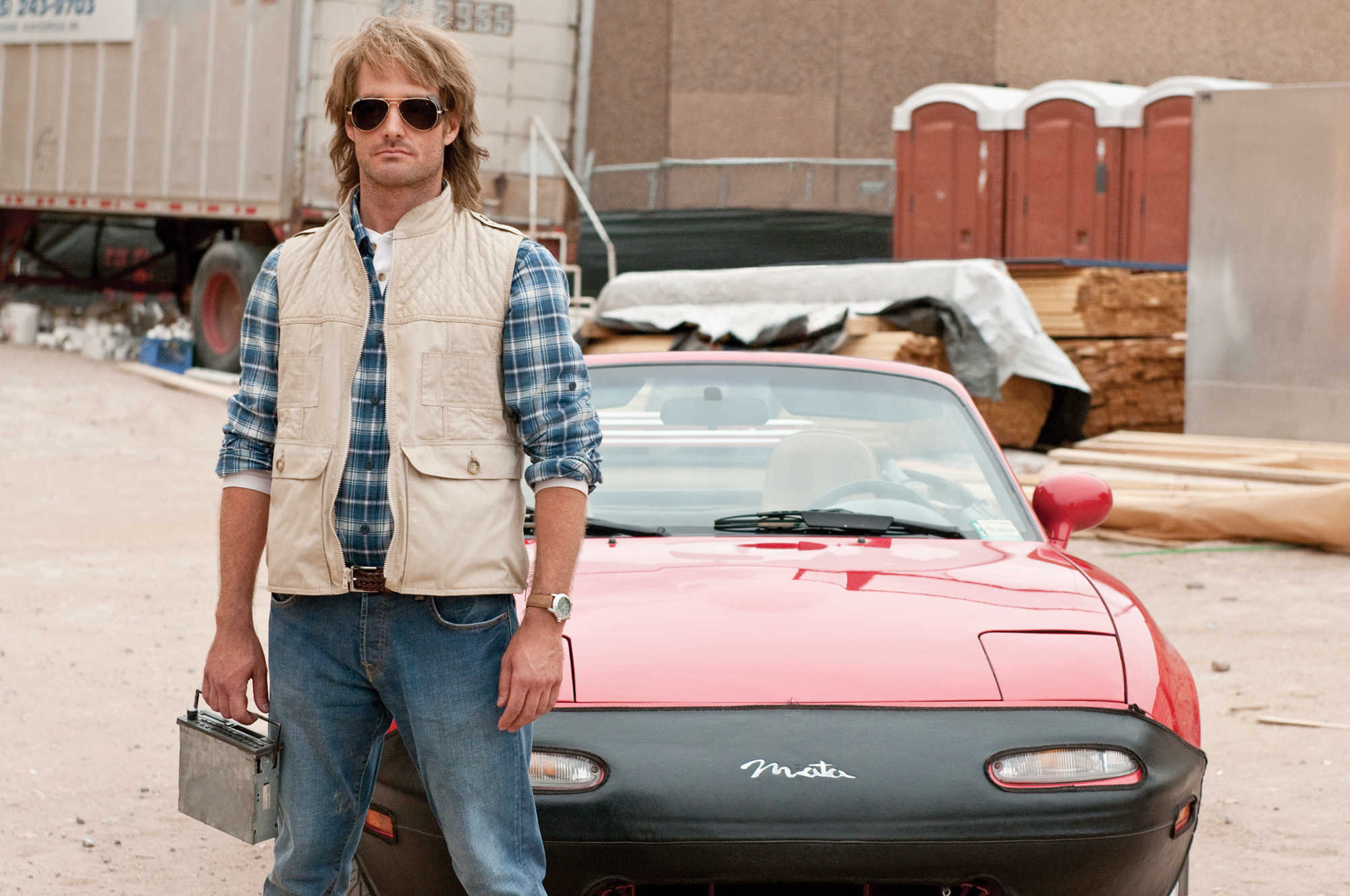 Specifically, it’s a testament to the film’s comic vision that MacGruber looks like the sorts of films its seeking to spoof, a la what Young Frankenstein (1974) did reusing the old Universal Horror sets. Forte co-wrote the film with Taccone as well as former SNL writer and current The Last Man on Earth director-producer John Solomon. Together, they realized the key to making MacGruber work on any level was absolute commitment. The filmmakers have said MacGruber only worked if only MacGruber played for laughs; otherwise, it should be played straight. The casting of Ryan Phillippe and Val Kilmer reinforces this. One can easily see Phillippe as the bland lead in a generic action flick. Likewise, Kilmer is an obvious choice for the hammy villain, particularly given his previous involvement in action films like Top Gun (1986) and The Saint (1997).

Of course, at the center of the film is Forte, driving the insanity. It’s a career-changing performance. To be sure, Forte is not the first SNL comedian to act out his id, channeling the audience’s desire to see an unassuming performer lose it onscreen. Will Ferrell and Adam Sandler have created empires satirizing white American males and their rage control issues. Before them, John Belushi entertained SNL viewers by untethering during a recurring Weekend Update segment.

What distinguishes Forte is how unredeemable he allows his characters to be. Ferrell’s Ron Burgundy is well-meaning, just a little backwards. Likewise, the origins of Sandler’s anger are what made Billy Madison and Happy Gilmore ultimately sweet-natured, misunderstood creations.

By contrast, MacGruber uses Phillippe’s Lieutenant Dixon as a human shield, and – in a nod to action films’ inadvertent homoeroticism – offers a complimentary blow job repeatedly as a desperate negotiating tactic. Tellingly, MacGruber does not merely make sophomoric jokes about cutting off the penis of the film’s villain, Dieter Von Cunth. With typical PG-13 comedies, the joke would be the extent. In the R-rated Macgruber, the film’s ostensible lead actually attempts to perform castration. In failing to do so, he expresses his disappointment by maiming, then urinating on Cunth’s corpse. (And this is the film’s climax!) 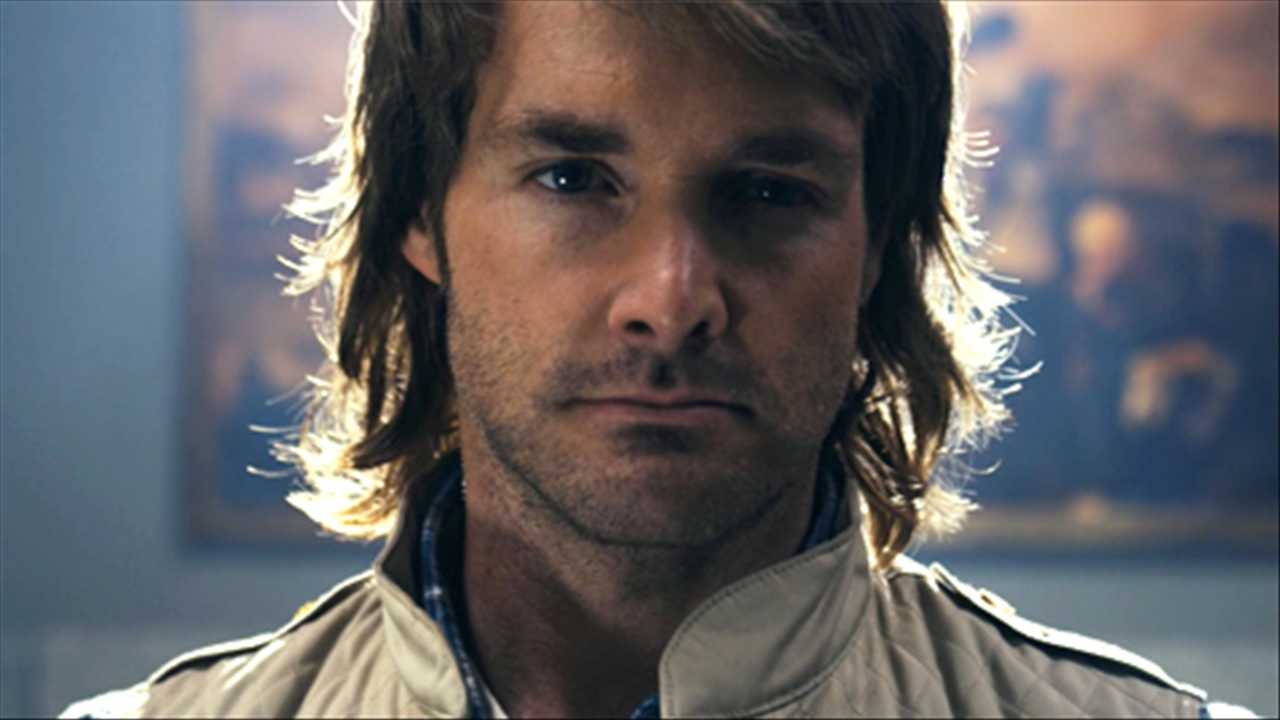 When painted into a corner, Forte’s MacGruber isn’t afraid to take cheap shots. While his actions barely register as heroism, there is something nonetheless brave about Forte’s willingness to appear self-loathing. It gives new meaning to looking naked and vulnerable on screen that Forte appears both with a stalk of celery crammed up his anus (thick end first) and, in another scene, thrusts with screeching abandon into the ghost of his dead wife (on her tombstone).

The Last Man on Earth continues this tradition to an extent as well, though with Phil/Tandy, it’s usually more a tantrum, than execution. As Carol puts it during The Last Man on Earth’s season finale, “I don’t want to be with a man who leaves someone in the desert to die. I want to be with the man who didn’t have the heart to go through with it.” Still, scenes depicting Phil/Tandy conniving his way to (almost) sleep with the likes of Mary Steenburgen and January Jones suggests Forte views treachery as something deeply hilarious and human.

In the wake of MacGruber’s release, commercial failure, and subsequent reemergence as a cult classic, Forte has managed to carve his own legacy alongside his SNL peers. As the online response to The Last Man on Earth indicates, a certain breed of comedy nerd has a deep appreciation for Will Forte. Whether it’s his appearances on Comedy Bang! Bang!, or his bona fides writing for Late Show with David Letterman, 3rd Rock from the Sun, and That ’70s Show, Forte has an enviable resume. With MacGruber, he cemented his transition into something more: a star.

One thought on “SNL In Review: Will Forte and “MacGruber””