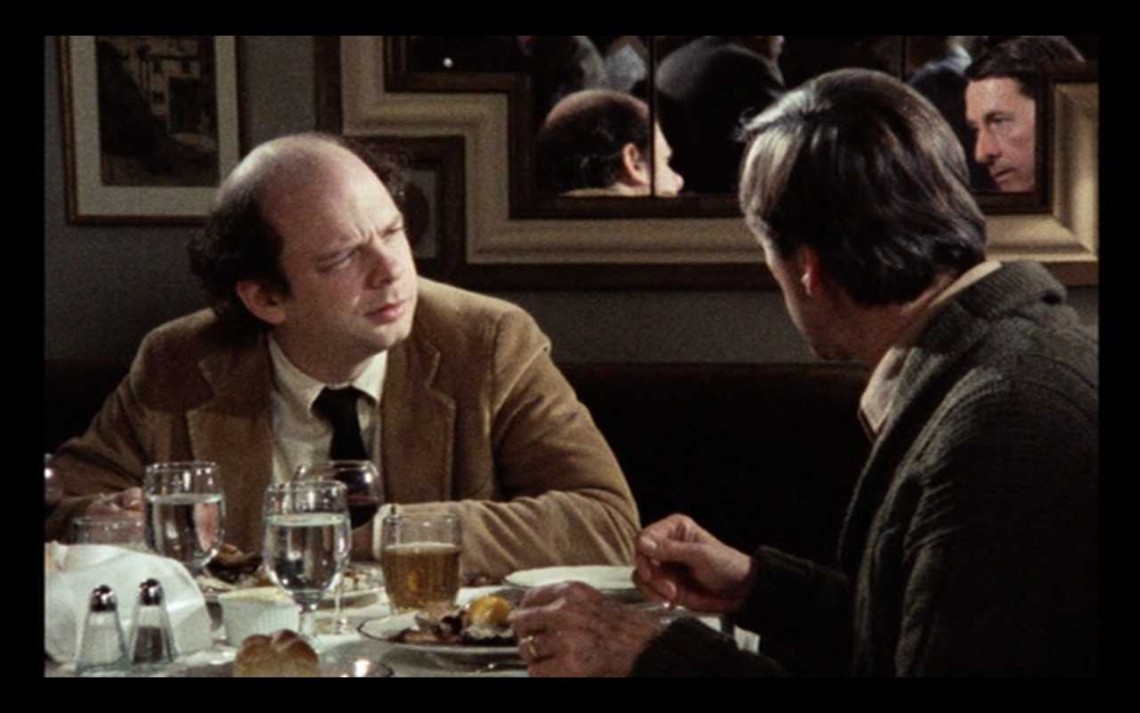 Realism and Intimacy: The Partnership of Andre Gregory and Wallace Shawn

Theater is a feeling, more than anything, and performativity defines the act of living. The world is a stage and we the players, as Shakespeare’s Jaques said. In the vision of Modern Theater, stemming from the likes of Henrik Ibsen and Anton Chekhov, and which saw the advent of the director, the theatrical stage was meant to reflect the situation of the audience. Realism became the name of the game, and has remained the most influential force in contemporary theatrical production, which outside of (though sometimes including) musicals has sought immediacy in setting and performance as witnessed in the middle-class foibles of George Bernard Shaw’s plays and the acting method developed by Constantin Stanislavski. It’s within the context of extending the bounds of Modern Theater as an area indistinguishable from living, and into the world of cinema, that the collaboration between Andre Gregory and Wallace Shawn has existed lo these decades. The Criterion Collection have now brought together Gregory and Shawn’s three “theatrical” films, My Dinner with Andre, Vanya on 42nd Street, and A Master Builder in a new and essential Blu-ray box set.

Gregory and Shawn began their collaboration in the mid-1970s, with Gregory directing Shawn’s play “Our Late Night.” Gregory soon left theater to dally about overseas on various New Age-y whims and find new meaning in living, which became the basis for My Dinner with Andre. The film, a seminal work of 1980s independent cinema, is set up as an extended conversation over dinner, with Gregory relating his travels to a skeptical Shawn. As the dinner carries on, Shawn begins to challenge Gregory’s views, which he sees as untenable and detached from the realities of life for most people not privileged to travel or take up in spiritual communities in Scotland or Tibet.

Importantly, My Dinner with Andre was not conceived for the stage at all. Its single location, minimal production, and realism may have found a home off-Broadway, but Gregory and Shawn were looking for a new lens on theatrical expression, and imagined cinema as the ideal outlet for their semi-autobiographical work. They chose Louis Malle to direct, which wound up being a major coup. Malle’s understanding of the material made for a film with theater at its heart, but cinema in its bones. The realism inherent in the premise is brought to life with grainy footage, but also a palpable expressionism. Most apparent is Malle’s elision of time. As only editing can do, time ceases to exist in the film as the conversation becomes more engrossing and more personal. The cuts from face to face are simple on the surface, but oh so deliberate, with one character’s look often undercutting the other character’s rambling. Inserts of the waiter’s interruptions blow apart the shot-reverse-shot structure, briefly puncturing the conversational flow, allowing the audience to gather itself in reflection before the verbal match resumes. 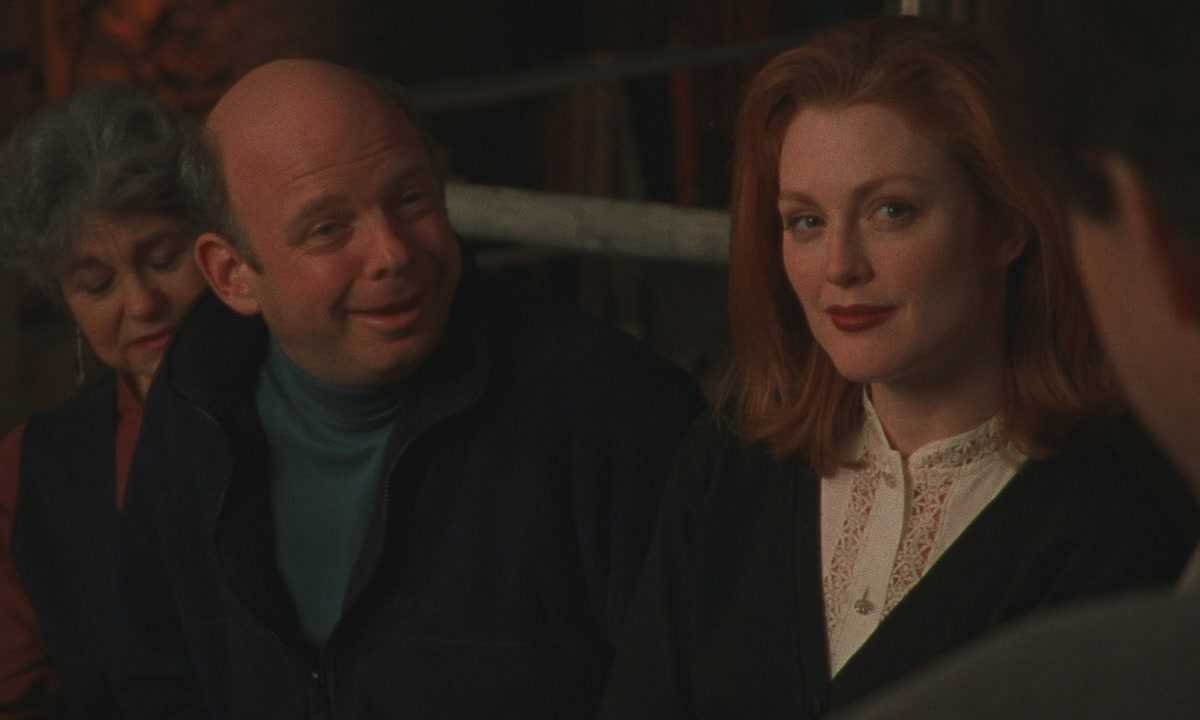 These cinematic techniques, as well as the voice-over that bookends the film, bring to bear a philosophical approach to theatrical realism that defines Gregory and Shawn’s work together. Their interest is in that nonexistent line between performance and reality. In this respect, the line between theater and cinema is similarly blurred to the point where artifice emerges as yet another reflection of lived experience. The intimacy of the stage, where the energy of the actors feeds the audience in the room and their energy in turn feeds the actors, finds a parallel in the camera’s close-up and the intimacy of knowing every line on an actor’s face. The illusion of intimacy was the subject of their next film collaboration, also directed by Malle, Vanya on 42nd Street. The adaptation of Chekhov’s famous play “Uncle Vanya,” about a middle-class Russian family consumed by the frustrations of life, is itself an adaptation—or documentation, as may be more appropriate—of Gregory and Shawn’s rehearsals of the play over 3 years.

Again, it is Malle who brings cinematic coherence to a decidedly theatrical and experimental conceit. The approximate intimacy in Malle’s direction is made to reflect that closeness felt by the small audiences—often only two or three people—invited to view the rehearsals. It’s not the same audience experience, though, and it can’t be. The very nature of the rehearsals, as directed by Gregory, was ever changing over time. Cinema can capture much, but a film does not change. Malle avoids the impression of stasis almost by ignoring it. He pulls a trick similar to My Dinner with Andre: pulling focus in rather than capturing a wide field. As the actors and audience come together on the abandoned stage at the New Amsterdam Theater in New York, Malle observes them like a documentarian. But the documentary approach is subsumed invisibly into the opening lines of the play itself, transferring itself into the close-ups and artful lighting of more classical cinema, while never straying too far from the visual understanding that we are watching performance in front of an audience. The interplay of close verisimilitude and Brechtian estrangement is where Malle finds his approximation of “being there.”

Malle passed away in 1995, and it took almost 20 years for Gregory and Shawn to bring another work to the screen: A Master Builder, an adaptation of Ibsen’s “The Master Builder” written by Shawn and directed by Jonathan Demme. The two decades have not abated Shawn and Gregory’s blurring of theater and cinema, nor their interest in subverting ideas of realism and reality. A Master Builder crucially reframes elements of Ibsen’s original play to bring out its aging themes while also darkening the relationship between the protagonist, Halvard Solness, played by Shawn, and the young Hilde Wagnel, in a breakthrough turn from Lisa Joyce. With Gregory’s guidance, what Demme brings is in some ways the opposite of Malle. He pushes his actors into a more theatrical form, emoting with the bigness usually expected of the stage, but shoots them with the clarity of modern documentary and digital cinema in a fully realistic setting. The juxtaposition fills the frame with an unbearable emotional tension. Intimacy is invaded by a push toward obvious performance, and the hybrid of theater and cinema clashes into a new understanding of the realism Stanislavski pursued a century ago.

Modern Theater’s reinterpretation and its unification with the achieved photographic realism of cinema has confounded many filmmakers. They regularly find themselves transforming original works beyond recognizable theatrical roots, or are hemmed in by the bounds of theatricality. Gregory and Shawn, along with their directorial collaborators in Malle and Demme, have avoided this trap by confronting head-on the relationship to realism engaged by both artistic forms. Four decades since Shawn and Gregory’s first collaboration and more than three since the debut of My Dinner with Andre, these films continue to challenge the stage and the cinema, creating a new realism and intimacy.

2 thoughts on “Realism and Intimacy: The Partnership of Andre Gregory and Wallace Shawn”