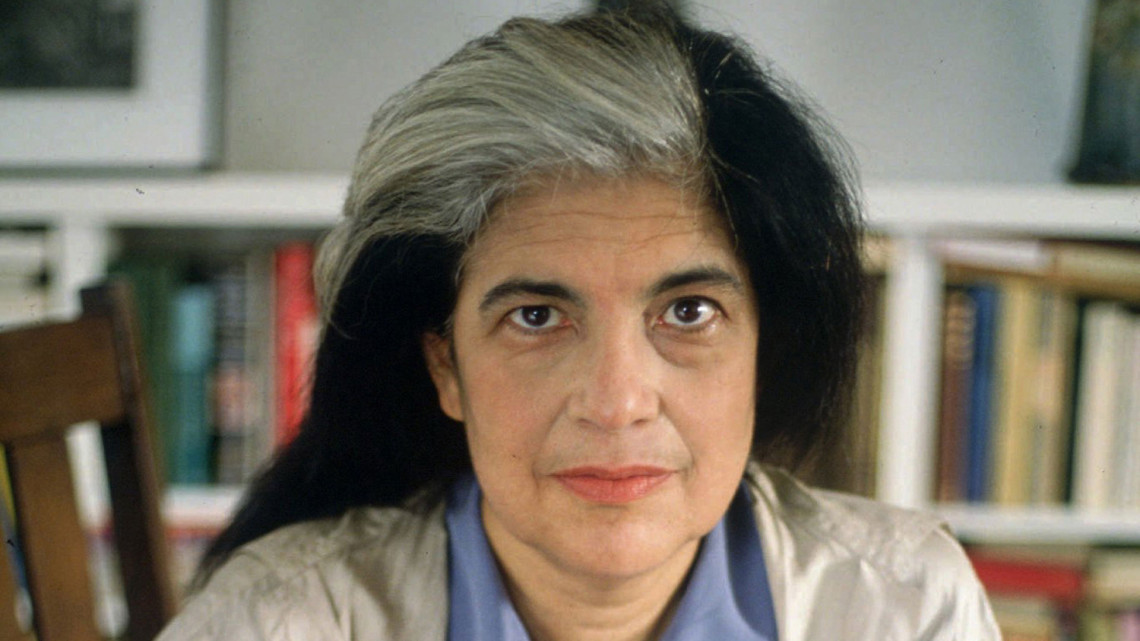 Having read Andre Gide’s journals as a teen, Susan Sontag ran a school paper with editorial notes more complex that many editors twice her age could put together. The same year she graduated high school, then she got married at 17, had a kid at 19, and was announced an academic professor a couple of years later. She went on to become one of the most influential thinkers, writers, and critics of the 20th century who also managed to land on the cover of Cosmopolitan and direct films. She celebrated her 40th birthday in China and her 50th in France. She turned 60 under a rain of missiles in bombarded Sarajevo – but that wasn’t the only time she escaped death. “I always believed in the power of being an exception” – that’s how she summarized her first battle with cancer, won due to her trademark resistance to give up. Another form of this illness claimed her unique life some years later – but, despite a certain disbelief for the imminent, inescapable finality, Sontag the author wouldn’t have complained. After all, in her revolutionary work “Illness as a metaphor” (re-published in an extended version after the AIDS epidemic breakout), she battled the Christian concept of calamities – in this instance, an illness – as a metaphor, something deserved, a punishment. “There is something like ‘catastrophe,’” she said. She knew.

Sontag unmistakably followed her inner urge to speak out, fearlessly approaching the reality around her, never deeming a subject unworthy or too controversial, from cancer to AIDS to state politics and America’s blind egocentrism as well as numerous academic pieces on so-called “low” popular culture. The latter is nowadays a common topic, but she pioneered and validated it a few decades earlier, legitimizing the perception of pop culture as a prism, filtering the political and social, and spitting it out in a chewy, entertaining shape. She was an unstoppable force, and in the archival material from Nancy Kates’ Regarding Susan Sontag, she admits to constantly becoming a new person, throughout her entire life. And after watching the – visually interesting, but not experimental – film, all one can do is nod.

Words were everything to her: she believed in the transformative power of writing and thinking, and the somehow superior position of a writer as someone blessed with a uniquely perceptive gaze and exceptional linguistic ability. “Human being in a complicated relationship with a world of words and thoughts, and with the world in general,” her fictional Facebook relationship status could read. Sontag was by no means a “lady writer,” a tag Norman Mailer tried to pin on her once that she indignantly mocked. Always with a notebook, being a writer was her weapon, shielding this force of a human being from the parallel world of insecurities, and from the loneliness she feared so much.

The documentary’s choice to alter one of her most claimed texts, “Regarding the pain of others,” is actually very accurate. Not being strictly a journal of intellectual development and change, the film still gives an insight to the evolution of Sontag’s style through the numerous, chronologically presented archival video excerpts and pieces, read by its narrator, Patricia Clarkson. But more importantly, it manages to unveil the person behind the trademark. The director decided that she couldn’t be stopped by the deceased’s right to privacy when attempting an in-depth portrayal of an icon’s life.

Therefore the image of Sontag that emerges to the viewers over time does so not just thanks to facts and quotes, but via numerous interviews with friends and former girlfriends. In an interview with Kiva Reardon at The Hairpin, Kates said, “Sontag didn’t have a single monogamous relationship like some people do. Each of [her] relationships were extremely important to her, but they didn’t last that long. Why condemn her for that?” Kates continues, “I wanted this film to be taken seriously, but I felt [that] talking about her sexual past was important to telling the truth.” I believe she was right.

Sontag’s writing is mandatory for any cultural anthropology student. I remember the 19 year-old me feverishly going through it (having now read some of it in the original text, I can add that the Polish translators, even though often deprived of adequate terms, did a really good job). Despite its indisputable intellectual merit, I always had an innate feeling that it was personal. She was present in every word, somehow making the two spaces of intellect and feeling seamlessly merge. Some debate that the film is “outing” Sontag, a statement the director disagrees with claiming it is not saying anything that hasn’t been told yet, at most, “echoing it or reverberating it”. Truth be told, Sontag’s psychosexual orientation hasn’t been a secret, but it’s also never been part of her agenda, to many activists’ disappointment: a person of her importance would have been a valuable ally, especially during the tumultuous 1980s and 1990s. But despite being fully aware of the power of sexuality as an image-forming tool, and consciously using her own sex appeal–just wait and see how she seduced Andy Warhol’s camera!–she kept what’s private private, not making it political for once. In “Regarding Susan Sontag” the onscreen development gives her love life all the gravitas it needs to support its vision without falling into unnecessary, tacky exhibitionism. Highlighting the personal sphere of the self-proclaimed “genius-schmuck” here seems not only justified, but important.