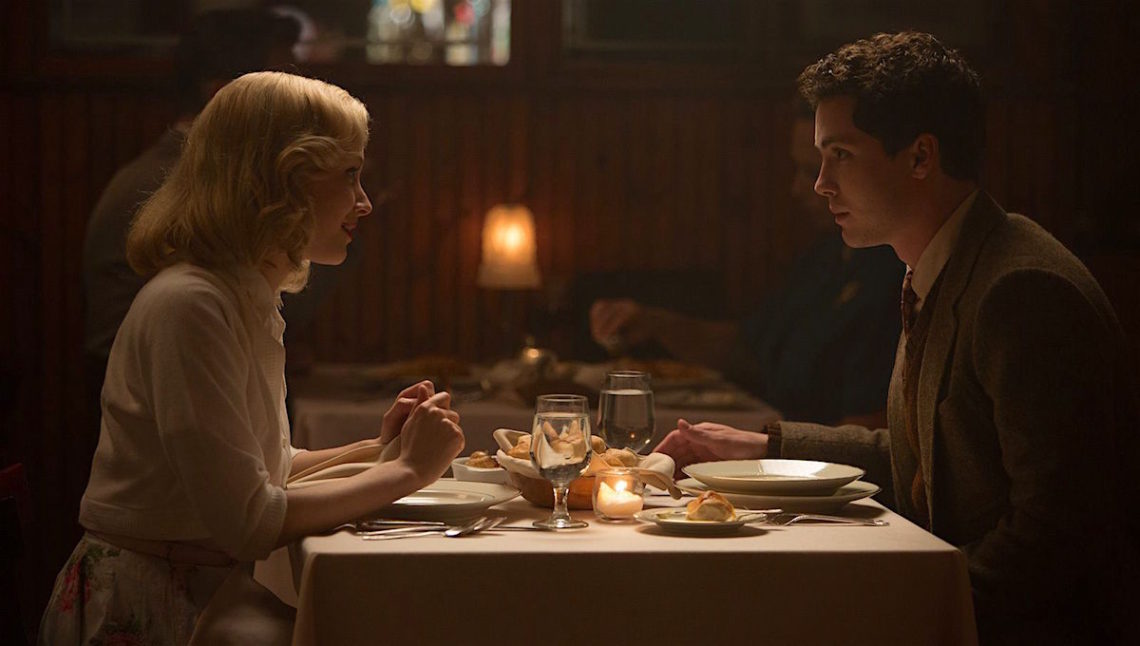 Jake Cole looks at this year's duo of Philip Roth adaptations, and what they get right and wrong about his powerful prose.

One of America’s premier authors, Philip Roth, has rarely had his work adapted for the screen. The reasons for this are not hard to surmise: Action in Roth’s books tends to take place in the mind, where endless internal monologues of self-justification and loathing battle in equal measure and open ruptures of feelings on sex, identity, life and death. There’s not much to hang a movie on, and the intellectual bent of many of his characters provides a further barrier of accessibility in a movie landscape that has no room for philosophical debate.

Surprisingly, 2016 has produced not one but two adaptations of the author’s novels: Indignation, based on his slender 2008 novella about a college undergraduate struggling to find himself and avoid becoming cannon fodder in the Korean War; and American Pastoral, taken from arguably the author’s greatest book. The former arrives with far less baggage, and as such it is the superior film. Director James Schamus approaches the material with a fealty that at least surpasses prior Roth adaptations including 2003’s The Human Stain (featuring Anthony Hopkins as the book’s white-passing African-American protagonist) as well as earlier, tastefully neutered attempts to reflect the highly sexualized language of Portnoy’s Complaint and Goodbye, Columbus. Indignation at least has the willingness to confront the book head-on, including the oral sex that Olivia (Sarah Gadon) gives to repressed protagonist Marcus Messner (Logan Lerman), prompting a spiral of sexual confusion and insecurity that dominates the remainder of the story. 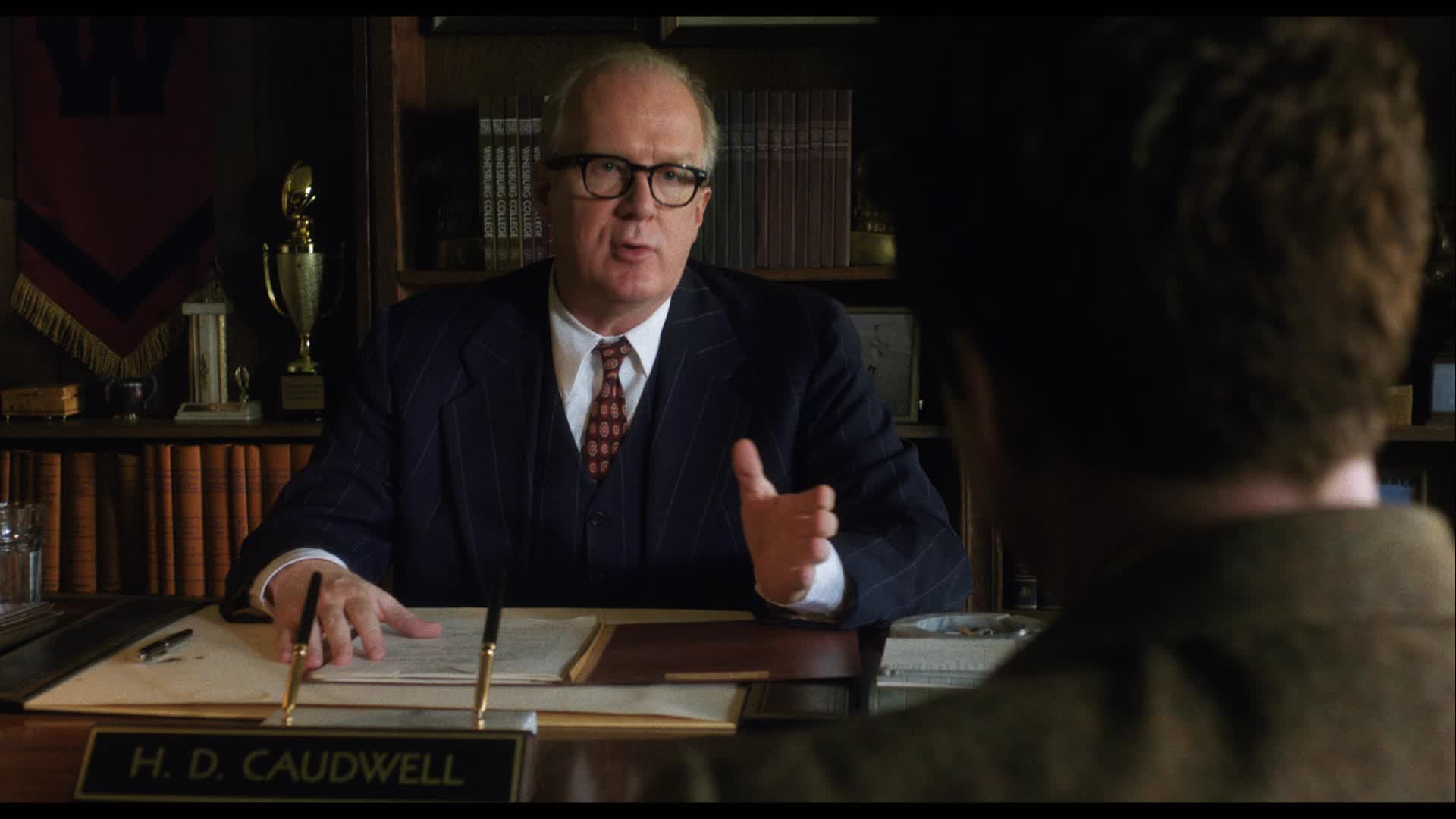 In broad strokes, Indignation ably adapts one of Roth’s fleeter novels, retaining much of its humor as we dig deeper and deeper into Marcus’s warring desire for sex and his shock that any woman might want it as much as he does. Schamus also excels at rendering the book’s centerpiece scene, an extended conversation between the Jewish-born, atheist Marcus and his Midwestern college’s evangelical Dean Caudwell (Tracy Letts), with all the escalating tension of Roth’s prose. It starts as a simple check-in on Marcus’s inability to fit into the school and gradually becomes an argument, albeit one where the dean’s cool, gently chiding tone never wavers and sends the young intellectual into a rage, especially when the narrow-minded dean manages to score fair hits against the boy’s own prejudices.

The only thing missing from the scene is the underlying reason for Marcus’s difficulties in adjusting: that of his complex Jewish self-identity in wishing to avoid the heavy protestantism of his surroundings while also eschewing Jewish fraternities so as not to pigeonhole himself. This is one of the key arcs of Roth’s fiction, so well-developed by the time of his late literature that it is rarely referenced outright and instead intimated through his characters’ struggles to fit in. Schamus cannot pull off the same tacit depth, and it is here that his adaptation ultimately falters, stripping the novel of its buried complexity to focus more simply on its protagonist’s ouroboros-like sexual politics. 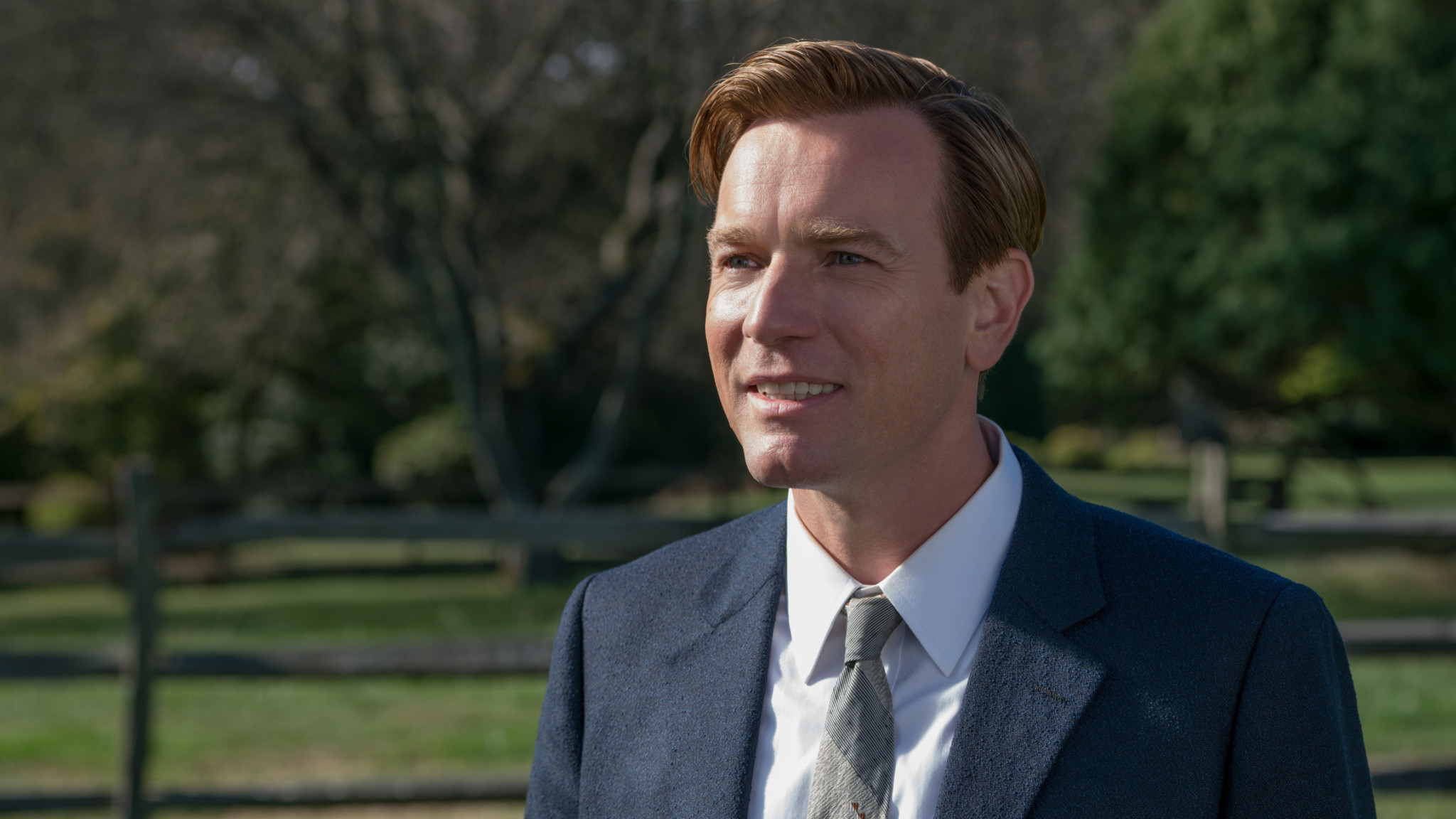 The failure to adequately represent the question of identity in Roth’s work recurs in Ewan McGregor’s American Pastoral as well, albeit to far more deleterious effect. McGregor himself takes on the role of Seymour “Swede” Levov, an all-star high-school athlete whose hard work brings him success but whose ability to pass as a gentile gives him access to the full range of post-war middle-class comfort. On the page, Swede is an optimistic person but is nonetheless shrewd enough to know that he has his good goyim looks to thank for his easy life. McGregor brings none of that to the part, so that when Swede’s daughter Merry (Dakota Fanning) becomes radicalized by the Vietnam War and becomes a domestic terrorist, the actor fails to impart the crucial element that makes Swede’s downfall so overwhelming. On the page, Swede watches as the delicate house of cards built upon his looks crumbles, but on the screen he is merely a father dealing with his love for a child who catastrophically spurns him and everything he holds dear. Thus, the movie restricts Swede’s pain merely to that relationship, instead of also piling on the mounting insinuations of his peers and neighbors, who let slip intimations of anti-Semitism in their whispered judgments.

More pertinently, however, is the bungling of the novel’s framing device. American Pastoral is a part of Roth’s lauded Nathan Zuckerman series, books written from the perspective of the author’s literary avatar. Crucially, Zuckerman himself is a spectral presence in the book, almost never physically present but loosely visible in the way that his narration acts as a secondary barrier to the true story, filtering the generational conflict between Swede and Merry first through the perspective of Swede’s judgmental brother, Jerry, then through Zuckerman’s baffled and anguished (not to mention literary) voice. As such, Roth subtly betrays the novel’s grotesquerie as the product of the heavily subjective views of its diegetic tellers, which also calls into question the truth of Merry’s presentation. This construct allows Roth to extend a measure of sympathy to younger generations without the usual condescension that such a gesture typically entails. The film, however, includes Zuckerman (David Strathairn) as nothing more than superficial fealty to the source material, and the film reflects Swede and Merry’s breakdown largely at surface value.

In fairness, the things that both Schamus and McGregor fail to translate are the unspoken elements of Roth’s style, the curlicues of his signature that can only be spotted on the page. But this may also explain why the best Rothian films to date have not been direct adaptation of his work, but those merely inspired by the author. Chief among them are the films of Alex Ross Perry, whose Listen Up Philip is clearly a riff on Roth’s The Ghost Writer, with Jason Schwartzman’s insufferable writer Philip tailing lauded but past-his-prime author Ike Zimmerman (Jonathan Pryce). As Philip, Schwartzman embodies the worst qualities of the Rothian hero: He is pompous, close-minded, professionally insecure, and strident despite a fuzzy grasp of any core moral or aesthetic beliefs. Pryce’s Zimmerman isn’t much better, wielding his fame and acclaim to attack his dwindling fanbase, delighting in tormenting Philip with reminders of his superiority. The film doesn’t mine the same themes as Roth’s work (its dominant battle is not over identity but prestige in an arts industry with more mouths at the table and less food than ever), but its acerbic tone and dramatized internal loathing comes far closer to the author’s style than any direct adaptation.

Arguably, Perry’s preceding feature, The Color Wheel, is even closer to the spirit of Roth’s work, concerning as it does a bitter war between brother and sister (Perry and co-writer Carlen Altman) that gradually reveals a frisson of taboo sexual desire. It’s the kind of addled farce that lies at the heart of so much of Roth’s fiction, and Perry’s formal chops—he and cinematographer Sean Price Williams use 16mm black-and-white film over cheap DV, and they favor piercing deep-focus shots over hazy, foregrounded compositions—visually approximate the careful construction of the author’s language. That may be the greatest failure of Roth adaptations: The books are so interior-minded that filmmakers prioritize dialogue as a means of conjuring dramatic revelations. Perry’s loose riffs understand that it is in the aestheticism of the words that they gain their true seriocomic power.