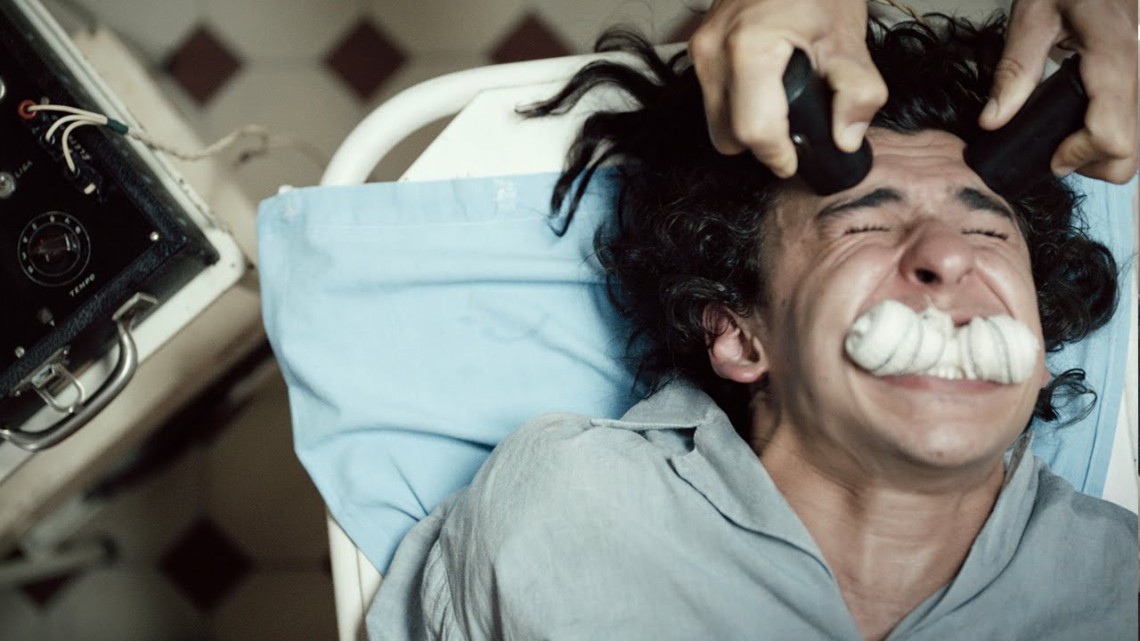 Brazilian renaissance man Paulo Coelho has lived a life best described as quixotic. He’s well-known for penning The Alchemist, a slim tome that’s become the most widely translated novel by a living author. Left in the margins of his literary success are a variety of experiences, like his teenage rebellion against social norms, which sparked a intermittent treatments in a mental hospital. There’s also the one-year law-school stint he endured in his twenties, a series of drug-tinged global jaunts throughout the 1960s, and his songwriting collaborations with Brazilian rock god Raul Seixas. And, eventually, lest we forget, his arrest in 1974 by Brazil’s ruling military government, who deemed the lyrics he wrote for Seixas subversive, dangerous, and most likely a touch weird to boot.

Rattling off a quick list of Coelho’s individual experiences doesn’t do them justice, though, which may explain why director Daniel Augusto’s new film, Paulo Coelho’s Best Story, comes apart at its seams. The narrative of Coelho’s life reads like the kind of fodder frequently woven into fiction, both in part because of its variation–the guy refused to lead a boring, one-note existence–and because on paper none of it sounds real, if treated realistically. In truth, Coelho has filtered bits and pieces of personal allegory into his books at least since writing The Pilgrimage in 1987, but his journey from past to present is so rich with whimsy, trauma, and drama that it practically begs to be told through visual media. But that’s exactly what Augusto’s movie fruitlessly wrestles with: There’s so much to say about Coelho that even in an hour and fifty minutes Augusto can’t hope to say it all.

Maybe  Paulo Coelho’s Best Story would have worked better as an HBO miniseries. The fault hardly lies with Coelho–most of us mere mortals wish we had even one great story to tell about our reckless youth or our floundering middle age. Coelho appears to have many dozens from both periods. In its runtime, the film covers Coelho’s salad days in Rio de Janeiro, where he lives under the thumb of his strict father and more lenient mother, as well as his emerging adulthood, during which he lives according to no set of rules but his own and gets around doing anything and everything other than write. That’s his chief goal, of course–to become a writer. But both the film and Augusto’s vision of the real Coelho are too occupied with other pursuits to see that aspiration realized.

As a boy, Coelho is portrayed by Ravel Andrade, and as a man, by Julio Andrade, Ravel’s elder brother. That’s a nice trick on Augusto’s part, a casting flourish that adds continuity to a film that spans decades, cultures, and varying rhythms of life. But the sibling connection is about as close as Paulo Coelho’s Best Story gets to attaining cogency. The movie hops and leaps between eras with abandon, occasionally cutting to 2013 where Coelho, now in his sixties, walks the Route of Santiago de Compostela and looks back on his accomplishments and misdeeds. Revisiting the road 27 years after first traversing it is Coelho’s way of commemorating The Alchemist’s twenty-fifth anniversary, but  Paulo Coelho’s Best Story isn’t really interested in contemplation. Instead, the scenes shot in the present act like chapter interludes, which further complicates Augusto’s scheme.

From scene to scene the windows Augusto lets us peer through make sense; formative moments in Coelho’s history, like his bouts with institutionalization, his clashes with his dad, and his dealings with Seixas are necessary to articulate his humanity. But Augusto edits these sequences together disjointedly, replacing rhyme and reason with tiresome bromides. Free love and freer drug use dovetail with “fight the power” proclamations urging any viewer still awake enough to listen to follow their dreams at any cost. If the clichés weren’t bad enough–particularly the film’s histrionic portrait of the writing process, which involves Julio knocking over shelves while gesticulating with deranged zeal–Augusto’s tendency to over-stylize his material sends the film into sensationalist overdrive.

Is this the best, most meaningful yarn that can be spun out of Coelho’s exploits and achievements? We’ve heard these ideas expressed in cinema before, even if we can’t recall where (which speaks to their ubiquity). Ultimately, and disappointingly, Augusto hasn’t paid tribute to Coelho as much as he’s homogenized him. Paulo Coelho’s Best Story should be about Coelho, but the results feel trite enough that the picture could be about anybody.