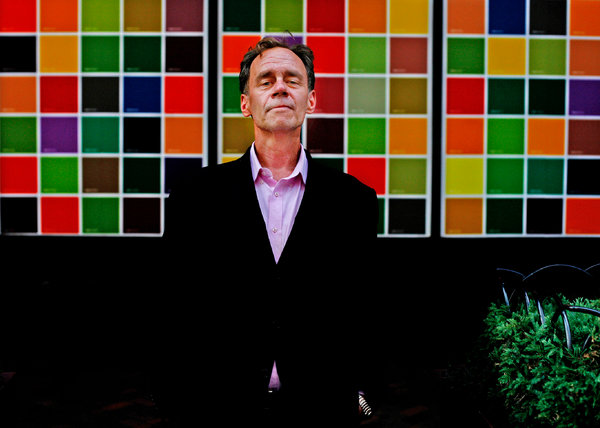 David Carr, a Journalist at the Center of the Sweet Spot by A.O. Scott. A.O. Scott talks about his co-worker and close friend, David Carr, who passed away last night.

For a while, a few years ago, there was a weekly video on the New York Times website called The Sweet Spot, taped during off hours in the cafeteria on the 14th floor. The idea was that it would be an informal, incisive discussion of various developments in the world of culture and media.

10 Romantic Movies On Netflix That Don’t Suck by Lily Karlin. If you aren’t going to the multiplexes for Fifty Shades, Lily Karlin has some other suggestions you can try.

With Valentine’s day just around the corner, you may find yourself in the mood for a little love-themed movie viewing. But if you’re craving a romantic storyline without the unfortunate trappings that sometimes go along with it — corny dialogue, instrumental ballads, confessions in a train station — look no further. In honor of Cupid’s holiday, we’ve compiled a list of 10 romance-related films on Netflix that are actually, like, good.

A musical theater version of Blue Valentine, adapting writer/director Richard LaGravenese’s The Last Five Years intimately explores a relationship from its grinning beginning through a devastating end, albeit with nonlinear retrospect. This tale of love and love lost is that of aspiring actress Cathy (Anna Kendrick) and her marriage to novelist Jamie (Jeremy Jordan).

As she made the long journey from New York to South Africa, to visit family during the holidays in 2013, Justine Sacco, 30 years old and the senior director of corporate communications at IAC, began tweeting acerbic little jokes about the indignities of travel.