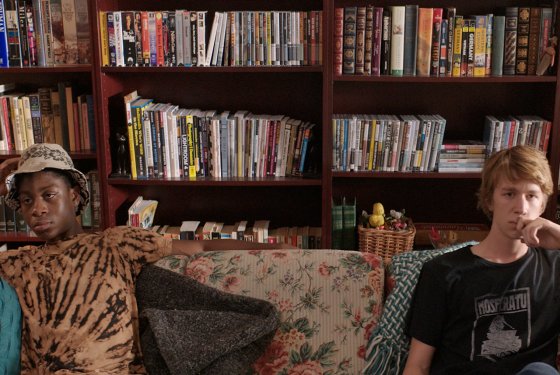 I love this movie. I love this movie so, so, so much. Mere minutes into Sunday afternoon’s Sundance screening of Me and Earl and the Dying Girl, I started involuntarily whispering those words to the fellow journalist sitting next to me. I laughed hard many, many times. I bawled for minutes on end. And like the rest of the audience, I rose to my feet to applaud while the credits were rolling, tears still streaming down my face.

Lena Dunham Opens Up About Her Childhood Love, Hannah’s Iowa Breakdown, and Internet Trolls by Marlow Stern. Stern talks with Dunham about love and internet trolls.

For female urbanites—and New Yorkers in particular—Eloise represented their wildest fantasy come to life: a free-spirited, wildly independent young girl who lives in the penthouse of the Plaza Hotel and embarks on an endless array of First World adventures.

The Fall: The Most Feminist Show on Television by Amy Sullivan. Sullivan discusses one of the new shows for 2015 and labels it a must-watch.

A crime drama about a psychosexual serial killer who stalks, tortures, and murders young women doesn’t sound like an obvious choice for the most feminist show on television. Especially given that the writers, directors, and producers of that show are all men. But that’s just one of the ways The Fall—the BBC hit set in Northern Ireland whose second season began streaming for American audiences on Netflix last week—upends TV conventions and deserves to be the first binge-watched show of 2015.

As much as his second and third films deal with classifications, diagrams and at least mentions of attempted order, Peter Strickland began and remains an unclassifiable filmmaker. With three feature films, all highly regarded and immediately noticeable as the work of a well-honed mind, Strickland’s latest creation of picture, sound, motion and feeling is being received with open arms–and minds.

The epic uncool of Philip Seymour Hoffman by Nathan Rabin. Rabin reminds us that Hoffman died almost a year ago. Tears commence.

When Philip Seymour Hoffman died of an accidental drug overdose on February 2, 2014 at age 46, it felt like a huge part of the past two decades of cinema had disappeared as well, as if all the wonderful characters he created were on some level buried with the man who played them. A shocked public experienced a profound double loss. They were mourning the Hoffman who took up such formidable real estate in many modern classics. But they were also mourning all the brilliant Hoffman performances to come, which were extinguished with Hoffman’s death.