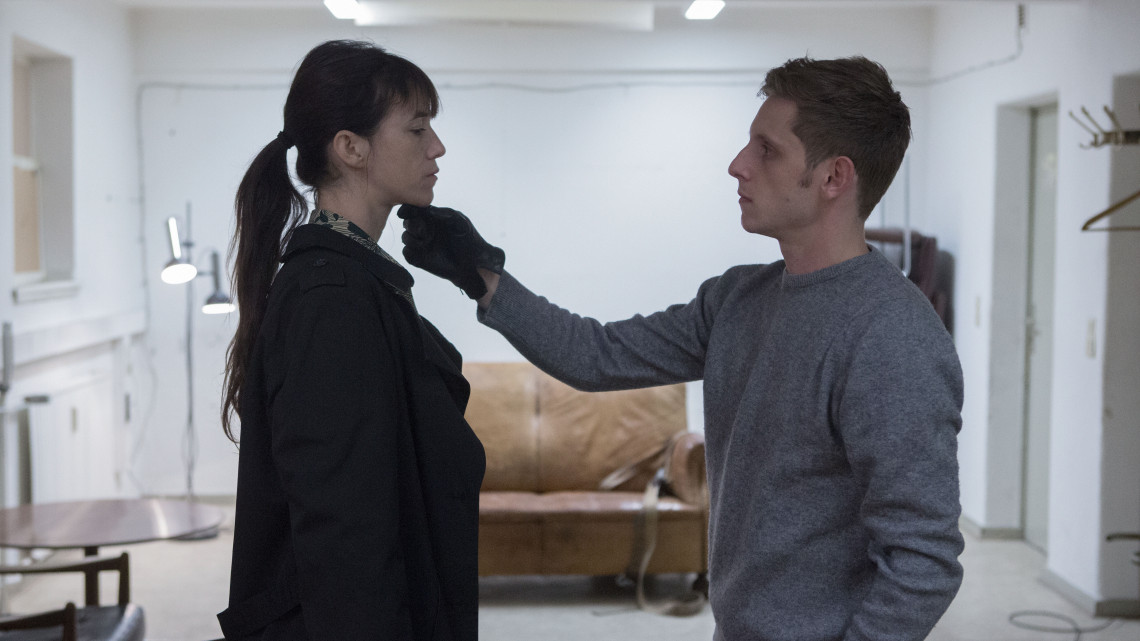 “Nymphomaniac Vol. II” Gives Us The Whole Story And Much More

The problem with the release of Nymphomaniac isn’t that it was split into two volumes – it’s that those volumes were released on different days. The idea of splitting a film into multiple volumes, in of itself, is actually an extremely exciting one. Can you imagine what artists like Rainer Werner Fassbinder or Jacques Rivette could have done had they been able to release their films onto VOD in multiple volumes?

The possibilities are endless, and they point to a future where long form projects – things from the likes of Berlin Alexanderplatz to Fukanaga’s True Detective – can be produced within the confines of “feature-length cinema” rather than shuttled onto TV. Nymphomaniac is a grueling, hilarious, profound experience, a marathon of a movie that works best when its length and scope envelop and overwhelm us. So it’s a damn shame that so many viewers will be watching its two halves two weeks apart.

Even the film itself seems to despise and resist its separation into volumes. Director Lars von Trier could’ve very easily used the “chapter” format of Nymphomaniac – there are eight separate chapters across the two volumes – to give viewers a clean break between part one and part two. Instead, Vol. I cut to black right in the middle of a chapter; Vol. II begins, in medias res, in the middle of a moment from Chapter 5. So this film starts up in the middle of a scene, really, with Stacy Martin’s Young Joe drowning in “domestic bliss,” slowly realizing that her docile married lifestyle has robbed her of her ability to orgasm. We then quickly cut back to the framing device set up in Vol. I – the fully grown Joe (Charlotte Gainsbourgh) detailing the major moments of her sexual development to Seligman (Stellan Skaarsgard,) an academic who took her in.

This is the contrast von Trier is most interested in: A sex-crazed id debating a thoughtful mind unclouded by the prospect of fucking, a renegade artist telling a story to an academic interpreter, the former always resisting the best efforts of the latter to pin down the meaning of her narrative. The structure allows for humor via contrast – i.e., when Joe tells Seligman about the time a man named K (Jamie Bell) tied her down and whipped her with a lash, Seligman is most interested not in her condition or her perspective, but in the type of knot that K used – as well as via the form itself.

Joe often coldly relates narrative details – say, a story about two gangsters who like to punish their targets by smashing their prized possessions with crowbars – only for von Trier, coldly and hilariously, to smash cut to a realized version of her story. I don’t know why this is so funny, but it is. Von Trier has made a psychological epic but he’s also made his greatest comedy. 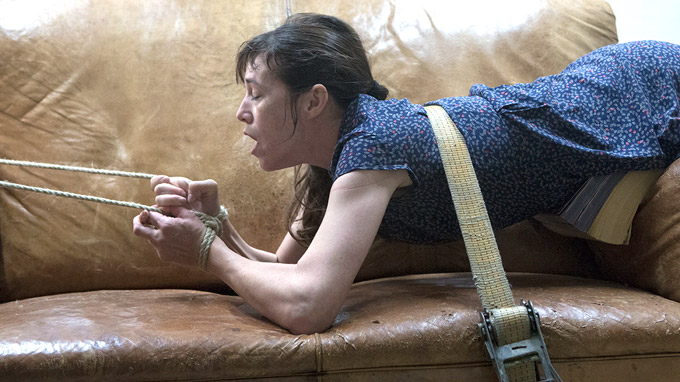 The chapters take new turns, but the ideas and techniques that crop up in Volume II aren’t anything new, they’re deliberate continuations of the prior two hours. Mainly, the idea von Trier returns to over and over again – not single-mindedly, but more than all others – is that there’s a complete separation in the human mind (or at least, in Joe’s) between affectionate love and sex. The sixth chapter goes on dramatizing that. For a while, she finds herself taking beatings – tellingly, they’re rigidly structured beatings, without an ounce of emotion or improvisation to them – from the aforementioned K.

There’s another telling sequence where she aims to sleep with an African man who doesn’t speak English. She doesn’t work to seduce or entice him. She obviously does not try to endear herself to him emotionally, but she doesn’t crassly display herself, either. She quite comically calls for the help of a male interpreter instead. For Joe, this is all just a matter of function. After years of chasing it with sex, when her orgasm finally returns, it’s via an inanimate object.

Chapter 7, composed in cold, Kubrickian one-shots with nary a shaky-cam composition in sight, moves away from dispassionate violence and toward self-actualization, watching Joe come to terms with herself, much to the chagrin of her sex addicts focus group, and almost everyone else around her. Chapter 8 sees her turns the mattress over: Joe leverages her unparalleled knowledge of men for the mob as, let’s say, an emotional enforcer. (Willem Dafoe appears all too briefly as her superior, making even the cruelest of manipulative schemes sound totally reasonable.)

This final chapter  then carries chapter 7’s self-actualization-at-the-cost-of-social-martyrdom narrative into beautiful abstraction – the last living people Joe has ever loved improbably come together (no pun intended) to humiliate her, leaving her the bloody, shamed, self-loathing mess that we met at the beginning of Volume I.

Everything that’s great about this film – the way its subtext and dramatic implications constantly contradict themselves, the way its aesthetic form is constantly shifting, the way it dramatizes the art of storytelling itself, the way it refuses to allow itself to be broken down to a single subtext or artistic statement, the way the ending literalizes that refusal – is lost if you don’t experience it as one 4-hour film. Even the jokes here aren’t as funny if you watch the films separately. Volume II builds lyrically to a comic moment where Joe cuts down Seligman’s digressions; it’s an uproarious dialogue beat if you’re 3 hours into the film, and a rather inscrutable one if you’re only watching the second volume.

And it’s not just that joke that requires length (again, no pun intended). Nymphomaniac is Lars von Trier’s digressive magnum opus, but the two feature-length parts, individually, are just building blocks. The idea that viewers might see these two Volumes weeks apart is a disconcerting one. This may be the second release, but it’s really just the conclusion of one audacious film.