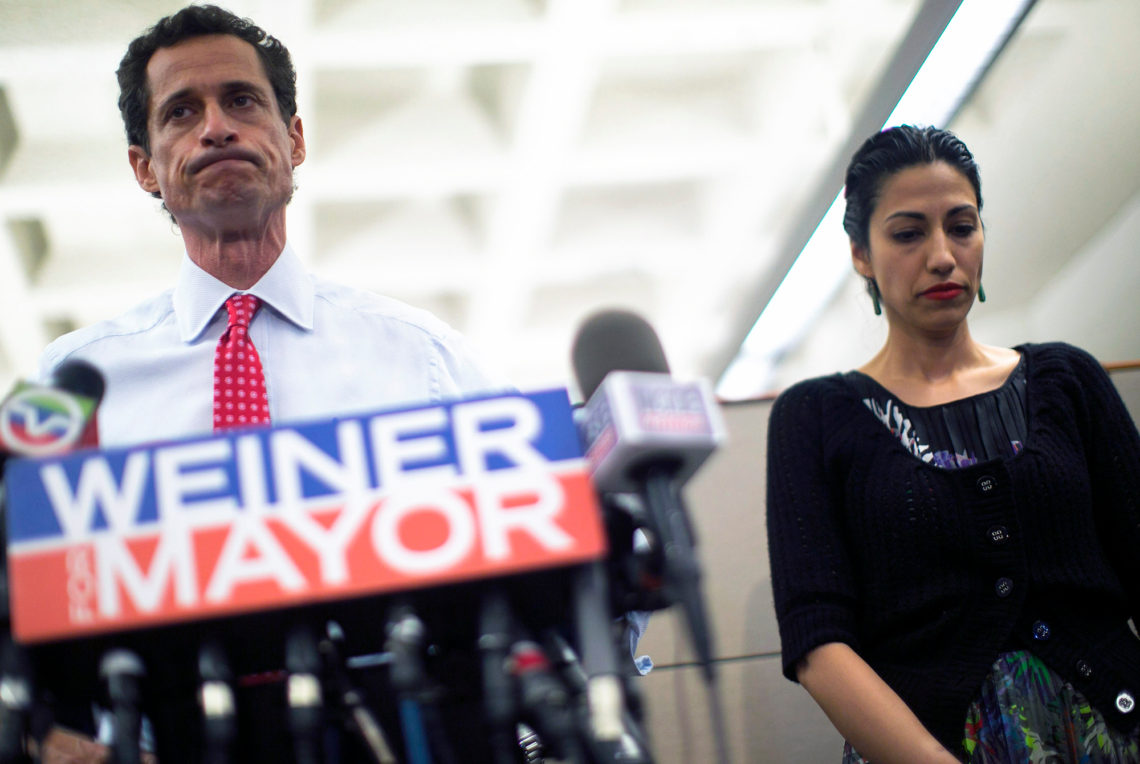 You sad pathetic man! See where you’ve brought us to? Our ideals die around us, and all because of you!

This week sees the fall from grace for two figures of sizeable influence in the documentaries Holy Hell and Weiner. Holy Hell is the latest look at what has proved a tried-and-true documentary subject: spiritual cults. Like Jonestown: The Life and Death of Peoples Temple (2006), The Source Family (2012), and the forthcoming Louis Theroux-led My Scientology Movie (2016), the film is a look at the psychological and physical abuse suffered by followers who were blind with too much heaven on their minds.

What both sets Holy Hell apart and perhaps holds it back from achieving something truly hard-hitting is that its director was previously a member of the cult in question. For 22 years, Will Allen was a follower of Buddhafield, a West Hollywood group of starry-eyed youths seeking enlightenment through meditation, physical exercise, and hypnosis. At the epicenter of this spiritual love-in was a figure who called himself Michel, a charismatic leader who eventually used his considerable influence for his own selfish gain.

Since the 1980s, Allen had been the group’s de facto videographer, capturing reams of photographs and hours of footage of Buddhafield’s inhabitants, from which Holy Hell draws the majority of its material. This is paired with follow-up interviews with former members of the commune who recount their version of events, leading up to disturbing revelations about Michel’s conduct outside the group setting.

There are advantages and disadvantages to Allen’s personal connection to the material. His ability to accurately contextualize footage of the group’s more bizarre practices—like an interlude illustrating the speaking-in-tongues-esque “transference” of Michel’s spirit into his followers—is undoubtedly invaluable as an object of sociological study.  But there are nuances of cult psychology that Allen is predictably soft on, including his own complicity in the way the group’s herd mentality controlled its members’ behavior. It’s a prickly issue, complicating the notion that victims and enablers can be one and the same, but one worth digging into. Allen’s gentle compassion for his fellow cult survivors is understandable, but is ultimately unsatisfying. Still, for fans of cult documentaries, Holy Hell is worth it for its insider footage alone.

Democrat New York Congressman Anthony Weiner’s initial rise to fame had something of a religious fervor to it. His incendiary diatribes on the Congress floor garnered massive online attention, becoming something of a C-Span superstar on YouTube. A loudmouthed liberal who purported to speak truth to power, he set his supporters on fire, who thought they’d found a new political Messiah.

Which, of course, came spectacularly undone when Weiner accidentally published a dick pic of himself on his official Twitter account, followed by a sexting incident with a female supporter. The trouble with this kind of zealous canonization is that the margin for error becomes nearly zero. This is the central concern of (onetime Weiner staffer) Josh Kriegman and Elyse Steinberg’s documentary Weiner, a fly-on-the-wall look at the former Congressman’s period of exodus during his ultimately unsuccessful mayoral campaign.

The film opens with a quote from Marshall McLuhan: “The name of a man is a numbing blow from which he never recovers.” Weiner is a savvy examination of this media phenomenon, in which a man’s message, no matter how well intentioned, can be outweighed by his public image. History had its eyes on Anthony Weiner, and they were unforgiving when he sinned in their eyes. But Kriegman and Steinberg’s unfettered access to the Weiner camp shows the man behind the singular image—quick-tempered yet reasonable, a little sleazy yet genuinely remorseful. It’s human complexity belied by the salacious associations we have with his name.

Kriegman and Steinberg’s film buzzes with a behind-the-scenes West Wing vibe, as Weiner and his staff struggle to repair his image and get back to politics, but it also as sharp a film about marriage. Weiner’s scandal is neither editorially punished nor waved off by the filmmakers, who are more interested in the public and private fallout of his actions. There’s a prevailing idea in our society that marital indiscretion is an unpardonable event, and those involved should react accordingly—especially the “wronged” party. Weiner’s wife Huma takes a shocking amount of flack for staying with her husband, and the worst of her emotional turmoil comes not from her husband’s behavior but from the mass pearl-clutching over her decision to forgive. Weiner’s even-handed look at the ups and downs of the partnership at the heart of the media circus raises the film from fascinating political procedural to a surprisingly effective relationship drama.