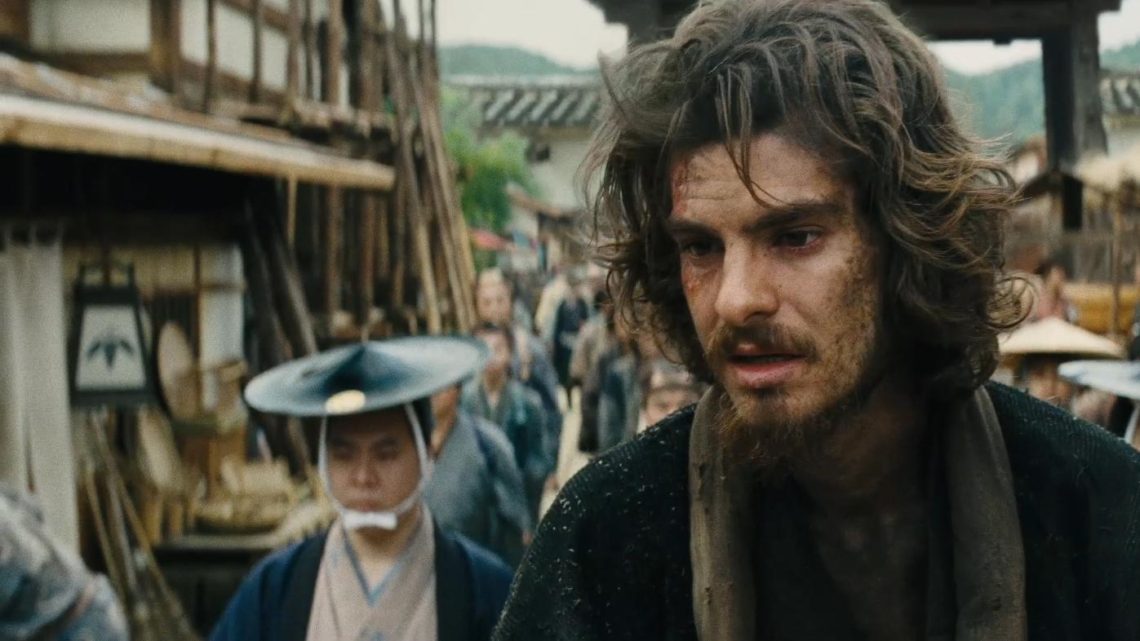 Vikram Murthi writes about the latest epic from Martin Scorsese in this week's critic-at-large column, "Silence."

In anticipation of Martin Scorsese’s religious epic Silence, Chicago’s Music Box Theatre screened “three often overlooked gems from his extensive filmography”: Mean Streets, The King of Comedy, and Bringing Out the Dead. “Three By Marty” primarily serves as a celebration of the director’s career and provides an opportunity to see some of his earlier work on the big screen. Putting aside obvious, but forgivable flaws in the series’ premise (I’d be hard-pressed to justify the widely acclaimed Mean Streets as “often overlooked”), the three films are mainly connected by location—New York City—and milieu—a general sense of dread that neatly papers over minor character studies that vacillate between humor and pathos. All three films push the audience to identify with and recoil from its respective protagonists—the guilt-ridden Mafioso Charlie (Harvey Keitel); the desperate, oblivious wannabe celebrity Rupert Pupkin (Robert De Niro); and the manic-depressed paramedic Frank Pierce (Nicolas Cage). They strive to shine lights upon social environments, provoke respectable sensibilities, depress the jolly, and relieve the burdened, all in equal measure. Incidentally, they are all clearly the works of one of the great American directors of the 20th century.

Though the obvious referents for Silence are Scorsese’s other religious films The Last Temptation of Christ and Kundun, it doesn’t take much effort to draw a connection between it and the three films in Music Box’s series. They all contend with faith and doubt, either explicitly or obliquely, and the inherent pain that arrives when both are central tenets in one’s life. In Mean Streets, Charlie tries to make up for his sins in the streets, but continually falters because of his misplaced responsibility towards his self-destructive friend Johnny Boy (De Niro), and ultimately ends up sacrificing himself. While screenwriter Paul Schrader reportedly removed the religious overtones of Joe Connelly’s book when writing Bringing Out the Dead, it comes through anyway: A self-described “grief mop,” Frank bears witness to those who pass before his eyes, and is haunted by the ghosts of those he could not save. He’s essentially a street priest who has the power to heal but not always the time or ability, and the film chronicles his journey from suffering to acceptance. Finally, there’s Pupkin, the least overtly religious protagonist of the three, and yet he also prays, not before God, but before television, and The King of Comedy details how his blind devotion to the people behind the small screen leads to failure, crime, and eventually fame.

Scorsese’s Catholicism filters down into the majority of his films one way or another, but Silence feels like a thematic culmination of his decades-long test with faith. Following 17th-century Jesuit priests Father Rodrigues (Andrew Garfield) and Father Garrupe (Adam Driver) as they travel from Portugal to Japan to investigate the disappearance of their mentor (Liam Neeson), Silence positions faith as a liberating and violent force, something that has the power to provide meaning and exert control. When Rodrigues and Garrupe arrive, they witness firsthand the persecution of Japanese Christians at the hands of the Inquisitor Inoue (Issey Ogata), who forces them to publicly apostatize by trampling on the image of Christ. Though they persevere with their mission to spread the Gospel to those in need, they’re soon rounded up by the authorities and are subjected to the same torture as the civilians, only if the priests don’t renounced their faith, they’ll kill their followers before their very eyes.

Based on Shūsaku Endō’s 1966 novel of the same name, Silence doesn’t present Rodrigues and Garrupe as two-dimensional saviors and the Japanese as one-dimensional monsters, much to the chagrin of bomb-throwing thinkpiece writers ready to take the film to task for its colonialist ideology. Most of the film chronicles Rodrigues’ resolve in the face of grueling psychic torture, but Scorsese hardly characterizes his persistence as heroic. Though his behavior is certainly admirable, his devotion to Christ has blinded him to the suffering of his congregation, and his arrogant refusal to extend compassion for them via apostasy becomes the film’s dominant internal conflict. Scorsese and co-screenwriter Jay Cocks characterize Rodrigues as a man so committed to his mission, so devoted to God and his son, that he routinely fails to see the real-world applicability of Christ’s teachings staring him in the face. “No one asked you to suffer. That was your idea,” says the troubled Mary Burke (Patricia Arquette) to Frank Pierce at the end of Bringing Out the Dead, and while the sentiment has a radically different meaning in the context of that film, it curiously applies to Rodrigues’ struggle in Silence as well.

Of course, Scorsese’s standard identification-cum-resistant approach to Rodrigues means that viewers are to understand his pain and why it’s self-fulfilling, why he puts himself and others through Hell and why it’s wholly futile. It’s not an either/or proposition, one that allows viewers the comfort of choosing a “side,” but one that requires an audience to do the heavy lifting of empathizing with people on both ends of a theological divide. Silence depicts tests of faith that are utterly devoid of simple answers, uncomfortably intimate acts of suffering that are arguably more emotionally violent than the most gruesome scenes in Scorsese’s filmography, and of course, endless questions and doubt that we’re only privy to observe and contemplate. It’s an awe-inspiring masterwork from a 74-year-old filmmaker with no indication of slowing down, and like Mean Streets, The King of Comedy, and Bringing Out the Dead before it, it will certainly be poured over and studied for decades to come.