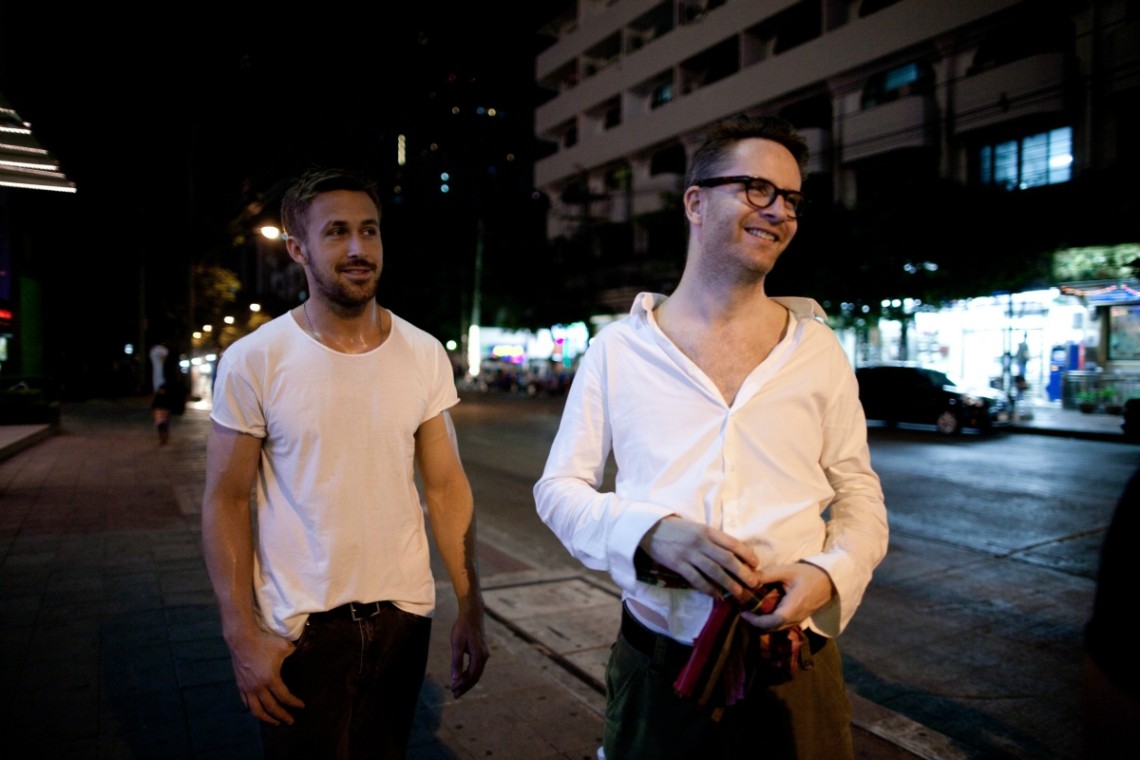 Nicolas Winding Refn makes hyper-sexed, ultra-violent films with a 1980s neon hue. Pusher, Bronson, and Drive all share a theme of masculine brutality. Audiences anticipated what would come after Drive, his most commercially and critically praised film to date, which also won him the Best Director Award at Cannes in 2011. He returned to the festival two years later, but this time was met by less-than-enthusiastic critics and audiences, with his last film Only God Forgives.

But from the very beginning, Refn seemed aware that Only God Forgives wouldn’t be for the general public, and trying to best himself was a recipe for disaster. From the first day of filming to the moment he wrapped production, he was all nerves, an emotional state documented by his wife, actress Liv Corfixen, in My Life Directed by Nicolas Winding REfn, an intimate film about her husband’s pursuit of art while also being a family man. Movie Mezzanine spoke with the filmmaking couple in Los Angeles as they were filming Refn’s next project, The Neon Demon.

Movie Mezzanine: What was the initial impulse to make a documentary about Nicolas during a film production?

Liv Corfixen: We’d never gone with Nicolas on location when he filmed movies, but it’s always been hard on us as a family when he was away. So we decided to go with him to Bangkok, rent an apartment and put the girls in new schools. But I didn’t know what to do with myself in Bangkok for 6 months. So I got the idea to make my own movie. It just sort of happened along the way that I decided to film Nicolas filming his movie, and later I decided to focus on our family life.

MM: Have you always been a person who films and photographs the family, or was it a new experience for you to be the one behind the lens?

MM: Nicolas, what was it like to have Liv on the set from start to finish, filming everything you were doing behind the scenes?

Nicolas Winding Refn: I think that we’ve gotten used to that kind of scrutinizing of our lives, and Liv had this concept about wanting to document our lives at this specific time. And Ryan (Gosling) is a very good friend of ours, and most of the people who appeared are at ease being around cameras and being filmed all the time. In a way, it was also therapeutic for me, because she is the only person I can tell all my anxiety and fears to. I can’t tell that to anyone else because you’re basically lying every day saying how great it’s going to be.

MM: In the opening scene, Alejandro Jodorowsky tells Liv that her job is to support you. Liv, you seemed a little taken aback to be told that. What were you thinking when he said it?

LC: Well, as they say, behind a great man, there is a greater woman. So I’ve always felt in a way that Nicolas sort of needs me to…

LC: Yeah. Because it’s so hard on him when he has these ups and downs when making a movie. So before Jodorowsky ever said that to me, I’d kind of felt that way. I knew I had to help him. In a way, Alejandro was just kind of summing up how our life is. How it’s always been, every time Nicolas does a movie. We’ve been together for 19 years, and this is how he gets every time; he has anxiety, he has his ups and downs. This wasn’t new, it was just new to document it.

MM: Do you find it easier when in the midst of production to have family around you?

NWR: Well, it’s always nice to have them around because you have something to come home to. But I’m always conflicted because when I’m filming, I’m basically working 24 hours a day. When making an independent film, you don’t have much time. So for my family, I’m probably pretty difficult to be around when I’m making a movie.

MM: One of the highlights of the film is when your oldest daughter told you the night of the Cannes premiere, as you were getting very anxious, “it’s just a movie.” Was that something she was parroting from you, Liv, and how you deal with Nicolas when he gets stressed, or was that something she thought up on her own?

LC: I thought that was just hilarious because she’s not really aware of how Nicolas was feeling when she said that. She doesn’t understand why he was in total despair. But at the same time, what she said was true. It is only a film. She doesn’t know that for Nicolas is does feel like life or death.

NWR: It did put everything into perspective. She was like, “Just relax, Dad.”

MM: Did growing up in the film industry help your marriage?

LC: I grew up with my mom, who was an editor. And my dad was a photographer and cinematographer, and my stepdad was an actor. So, I did grow up surrounded by the industry, as did Nicolas. So when our daughter says, “it’s just a film,” I’m probably more like Nicolas because I do have those thoughts about film being so important. I grew up with my mother not coming home until really late at night because she was editing. I think it’s probably easier for us to understand how we feel about our work, than if we were married to someone who didn’t share our background and love film. I see it as an advantage. 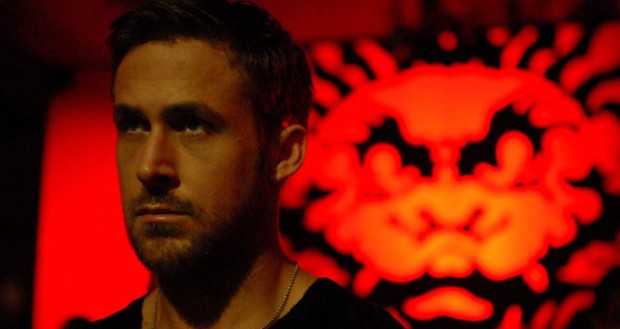 MM: Ryan Gosling does appear a lot in the film, but always in the context of being a family friend, and usually in your apartment. Was it important to make it clear that this was a look at the family going through the production of a film, rather than just another behind-the-scenes film?

LC: Yeah. I thought it was important to make the film as personal as possible. To really show how hard it is to live with an artist, and how hard it can be as a couple and on your family life. Because had it just been about the making of the movie, it would just be another look at crazy Nicolas and people saying how fantastic he is.

NWR: There is nothing wrong with that.

LC: But I thought it would be more interesting to be more personal. And actually, that idea came about while I was filming, because at the beginning I filmed everything, but then I realized, it would be better to focus on our lives.

MM: Have you thought about what your daughters will think when they see themselves in the movie?

LC: The older one, Lola, is 11 now, so she has seen it. And I think she just thinks it’s funny that she’s in a movie. I’m not sure she realizes everything about it, but that’s okay. I wouldn’t want to make something I felt I couldn’t show them.

MM: Nicolas, how did it feel for you to watch yourself on screen going through these very emotional, intimate moments?

NWR: I found it very unpleasant because of my own paranoia. It isn’t much fun seeing yourself naked, but from a filmmaker’s perspective, it’s great to see someone else naked. It’s her movie and her decision, and I just had to be the eye candy.

MM: Have considered making another movie without Nicolas?

LC: That would be fun to do at some point. I don’t have any plans right now, because I’d first have to find a topic I was really fascinated by. But I’d love to do that at some point.