Adam W. Hofbauer writes an appreciation of the work of Mary Elizabeth Winstead in advance of "10 Cloverfield Lane."

Mary Elizabeth Winstead has a central role in this month’s 10 Cloverfield Lane, a low-budget semi-sequel to 2007’s Cloverfield. And much as the film has been snuck into a March release in between superhero movies, so too has Winstead’s role in the film been little advertised. You wouldn’t think it by the absence of her name on the posters, but Winstead is one of American film’s most enduring young actresses, as full of presence and range as her otherwise Oscar-decorated contemporaries. The actress’s appearance in a locked-room horror film provides a perfect opportunity to celebrate her talents. But something else lies between the cracks of the conversation, something implicit in the language with which young actresses are discussed—and furthermore, about who is discussed when, why, and for what purpose.

In the DVD commentary for Smashed, director James Ponsoldt calls Winstead the opposite of the “fragile girl,” describing her innate ability to project not invincibility, but a kind of dauntlessness. But maybe “final girl” would be a better term: the female survivor of cinematic abuse, enduring her way into an uncertain fate. It’s a trope Winstead has visited at various points in her career, from her horror-movie beginnings in Final Destination 3 to her role in the 2011 prequel to The Thing. In Smashed, Winstead’s role as a recovering alcoholic allows her the kind of multi-layered performance any actor would kill for—especially in front of the lens of the film’s DP, Tobias Datum, who lets Winstead’s performance play out in long unbroken segments, his handheld camera lingering on her face and finding her within scenes as if her character was waiting to be observed. This occurs most notably in a one-take wonder of nearly two minutes that concentrates on Winstead’s face moving from nervousness to fear to teary sadness as she relates her addiction to an AA group. The role was praised at the time, earning the actress an Independent Spirit award nomination and plenty of assertions that she had finally “broken out.” 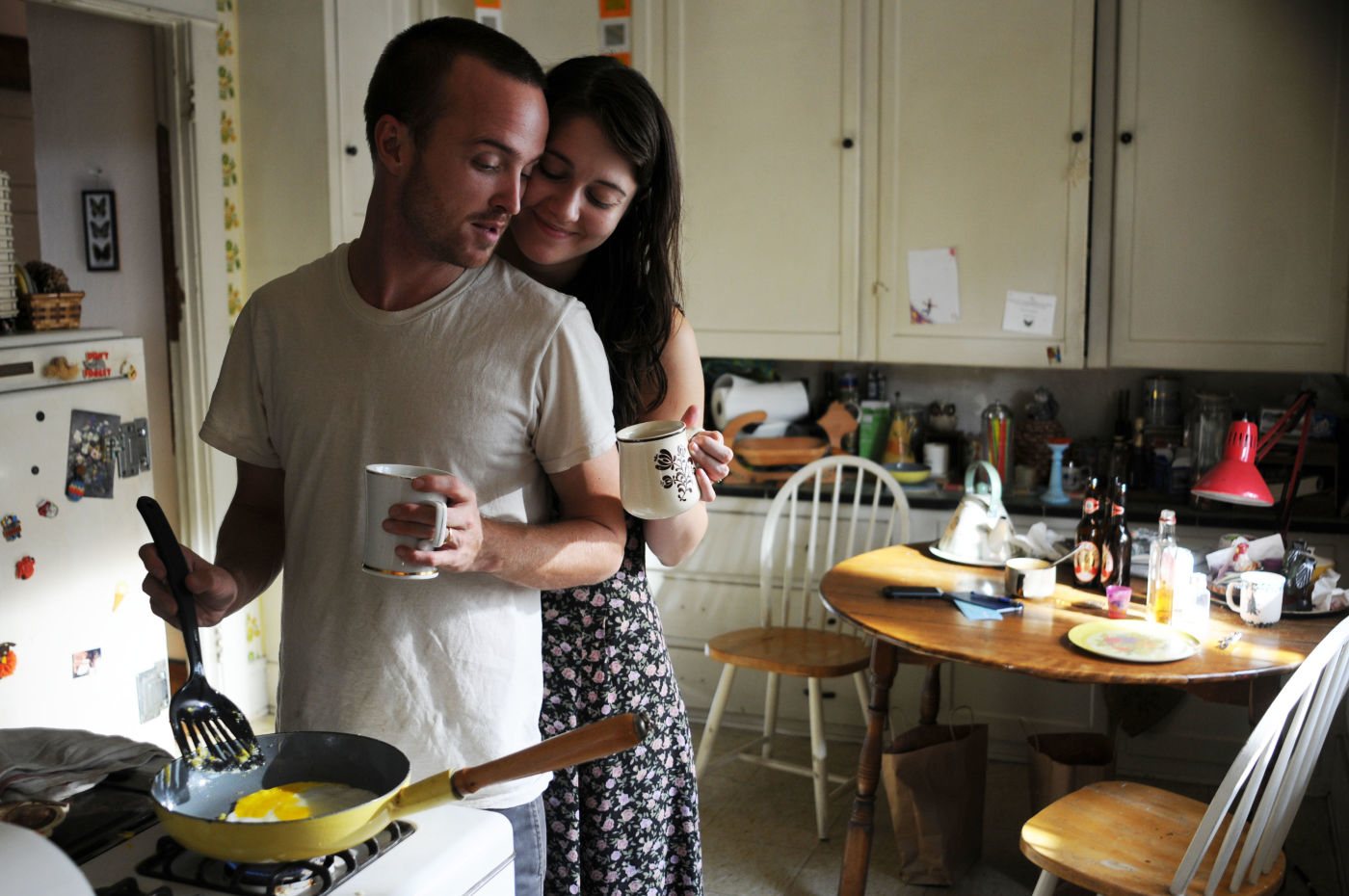 But the use of that term “breakout role” raises doubts about its sincerity, because it’s one that has been used far more frequently for women than for men. Like “final girl,” it’s another frame, another thought object to stuff young women into. Actors may be pigeonholed into basic types or personalities, but it seems that famous young women especially exist within a confluence of certain conversational spheres. Even now, it is impossible to discuss Winstead, or any young woman, without doing so in relation to others, and determining the it girls, the ingénues, muses, mad cap heiresses, Gibson Girls, or whatever other enduring type has been generated. Much as there exist countless more gendered words to insult women than there do men, there seem countless more ways to confine them into types, most of which seem to erode quickly with age or imply some accessory status to a more influential or important man.

At 32, Winstead is already too old to be in the ranks of the other young, white women whose awards collections seems fueled by an industry desire to “discover” young talent. No one paid much attention last year to her solid-enough performance in Alex of Venice, or to her variously layered performance in husband Riley Stearns’ criminally underseen Faults. Neither of the performances is ground-shattering (though her ability to act as someone acting in Faults is kind of remarkable)—but then again, neither are many of the performances that get nominated for awards or praised by critics. Perhaps it’s the freshness of the moment, a week after the granting of Oscars to 27-year-old Alicia Vikander and 26-year-old Brie Larson (both awarded for fantastic work), because this has nothing to do with quality. The contention dwells somewhere else: in a sinking feeling that an actress’s ability to gain recognition now comes, and always has come, down to their ability to generate content.

Winstead was born in the same year as Aubrey Plaza and Scarlett Johansson, yet has accrued nothing of the latter’s reputation for bemused sarcasm or the former’s litany of blockbusters. She has an active Twitter feed, but fails to post the same kind of “who me?” observations that allow the likes of Anna Kendrick to perpetuate an online air of “cool girl” faux–relatability. If we use Buzzfeed as a universal arbiter for popularity, Brie Larson has close to 30 hits, while a cap does not seem to exist for Jennifer Lawrence or, to a lesser extent, Anna Kendrick, both so foundational to internet meme culture and the content currency of online dialogue. By that yardstick, Winstead, who turns up less than a dozen times, may as well not even exist. Content has always been the unspoken currency of performer exposure, though it typically comes attached to at least some degree of talent. Elizabeth Taylor’s Roulette marriages and Jane Fonda’s outspoken politics kept them in the national conversation the same way Jennifer Lawrence falling over seems to for us today; thankfully, both were supported by legitimate talent and the ability to adapt as actresses over time. But compare Fonda’s endurance to that of less-showy contemporaries like Jill Clayburgh, or recall that Taylor’s Oscar-nominated role in something like Giant is today dwarfed by the much stronger work of co-star Mercedes McCambridge.

Scandal, gaffes, politics: These are the means by which performers, especially white actresses, have come to “define” their eras. The only difference now seems to be that the content has been shrunk to the micro level, to performers whose acting sometimes feels irrelevant to their ability to generate sound bites and look spontaneous on late-night television. The current top Google search for “best actress” gives you a puff piece about Brie Larson eating a hamburger while clutching her Oscar. Somewhere, Aubrey Plaza’s agent is looking at that picture imagining what would happen if their famously acerbic client went to the Oscars. Winstead, however, either can’t or chooses not to participate. She is not a meme generator, but a consistently good, sometimes great but never bad actress. As for her personal life, she married a man she knew since high school, one who himself appears to be a gifted director in his own right. This may not be especially exciting, but what a lovely thing. 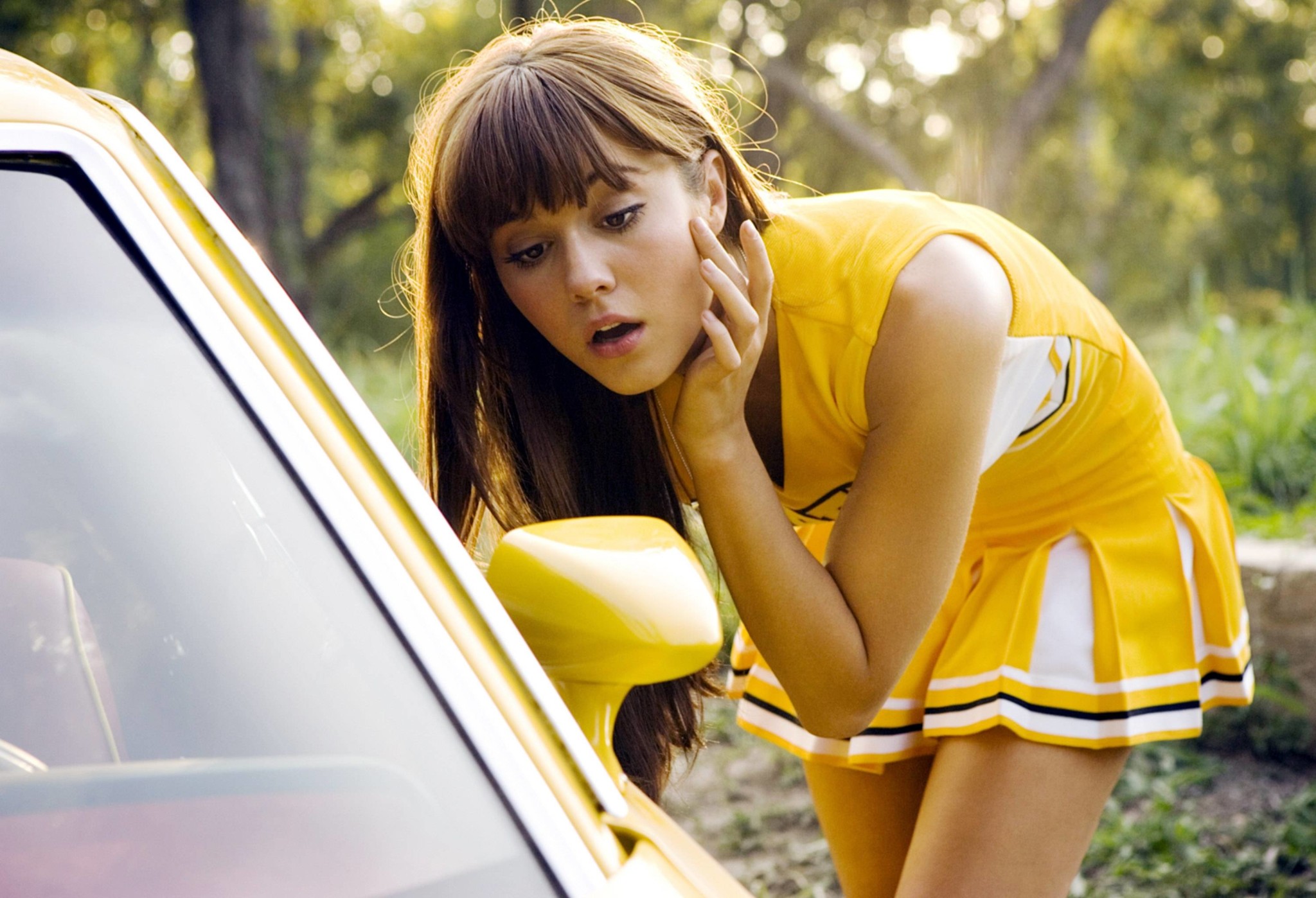 It is even almost instinctual to equate Winstead’s age with a certain ability to endure, given her industry’s tendency to elevate female youth and quickly discard it once actresses become old enough to convincingly play a mother or a wife. It evokes the alarming sexism behind the idea of the “moctress,” coined by a 2013 Hollywood Reporter article that eviscerated so-called “fake actresses” whose income is based on red-carpet appearance fees and modeling as opposed to performance. It’s a frame that assumes women’s reputations be attached to some sort of formal output, while ignoring the same career path practiced by plenty of men (anyone care to ask Orlando Bloom how he spends his time in between Hobbit movies?). Yet it’s a frame based in a sort of truth: that young women face an increasingly difficult path in the entertainment industry as they age. To criticize young actresses, deemed “past their prime” before the age of 30 by a youth-obsessed entertainment machine, for seeking a diverse span of monetary gain would only be honest if it contained within itself a full criticism of the same capitalist and male-dominated structures that created that need in the first place. What remains, with all that in mind, is the reality that, given how hard it is for actresses to age gracefully in the public eye, there are some that still choose the low-profile, (relatively) lower-money option of pretending to be other people in front of cameras.

Framed in the back seat of a muscle car with Tracie Thoms, Zoë Bell and Rosario Dawson, Winstead looks almost infantilized in Death Proof (2007). She spends the movie in a cheerleader outfit and is omitted from the car-chase climax, left the butt of an outright toxic joke. She was fine that summer as John McClane’s daughter in the third Die Hard sequel, Live Free or Die Hard. But the first hints of deeper talent came in the 2011 prequel to The Thing. Here was a film no one asked for and no one saw, for the most part as unnecessary and misguided as its reputation suggests. But Winstead gets the Kurt Russell role, spending half the film in the background listening to men talk with silent incredulity, until finally taking convincing, definitive charge. If flamethrowers can be seen as the film’s metaphorical phallus, it’s Winstead who gets to shoot the most fire. If the role as written never quite adds up to the injection of feminine energy into its otherwise universally masculine atmosphere it could have been, Winstead still plays it that way. In Scott Pilgrim vs. The World (2010), she is both well-cast for her role as a time-jumping dream girl with baggage, and not cast well at all, looking more like costar Michael Cera’s older sister than a convincing love interest. Her presence in blockbusters has gradually diminished since then, though not for lack of trying. She auditioned for Wonder Woman in George Miller’s aborted Justice League film in 2007, reportedly went after the Gwen Stacy role in the Spider Man reboot, and has come close to numerous roles in the Marvel Cinematic Universe. Among the last pop movies she headlined was the direct-to-video dance fantasy Make It Happen (2008), most notable for also featuring a pre-fame Tessa Thompson and being pretty bad.

Based on box office, Winstead’s most far reaching appearance remains her few scenes in Live Free or Die Hard. On sheer numbers, most people would have seen her in Final Destination 3 and as Mary Todd Lincoln in Abraham Lincoln: Vampire Hunter. Her work has followed the trajectory of most artists in that the better it becomes, the less people seem inclined to see it. And even as she has lost some visibility, Winstead has diversified, working in a combination of television, music and significant indies, from the recent PBS Civil War drama Mercy Street (in which she is fine but unremarkable) to a role in the already infamous “Daniel Radcliffe plays a farting corpse movie” Swiss Army Man. It remains to be seen what kind of role she has in 10 Cloverfield Lane, but it will almost definitely be performed with more commitment than it necessarily deserved. She won’t win any awards for it, but no matter. Winstead will probably be around next year, and the year after that—maybe not eating hamburgers or falling over in a designer dress, but probably doing something worth far more of our attention.

3 thoughts on “The Enduring Quality of Mary Elizabeth Winstead”